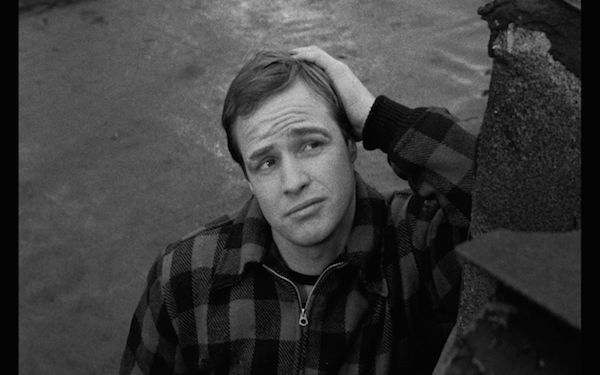 American acting was forever altered with the stunning immersion of Marlon Brando and the Method system, which took first the New York stage and then film by storm. Even those who did practice the Method seemed to change their work, seeking a greater truth, wanting to be honest in their art in every way. You can see it in the work of actors such as Kirk Douglas, John Wayne, Elizabeth Taylor and Burt Lancaster, their styles changed from the forties through the fifties, they went deeper with each new role, they took risks.

The Method asks that actors find the truth in their role, and there are variations of that system that have evolved through the years. Let me state clearly that I do not believe in the Method system as taught by the so-called great Lee Strasberg, which asked the actor to go into their past and find the character using memories. Strasberg made the actor almost entirely dependent on his approval, and never asked about the inherent danger in using memories they might not be ready to deal with. The system evolved with Elia Kazan, who rather than using the actors real past asked they create a past using the text of the script they were given. Read it and pay attention to everything the character says to gain insight into them, read it again and find everything said about them by others when they are on or off-screen, read it again and pout the two together making decisions about the character. Everything is about the text, and then the actor makes the decisions about how to find the character. Strasberg was a dangerous force in American acting, and more and more we are hearing that opinion. He was ordered off the set of East of Eden (1955) because he was disrupting the film, approving or disapproving takes with James Dean. Rather than look at his director for an OK, the young actor looked at Strasberg, undermining the great director, who was in fact a greater teacher of acting.

Brando was of course the bomb that went off in the acting world and changed the art forevermore. The realism he brought to each role wa staggering, and he just seemed to get better with each performance if that was possible. Of course with Brando came the imitators, James Dean, perhaps the most over rated actor in history the most obvious, his legend coming with his death which left him forever young, forever immortal.

Through the fifties it became more and more evident that women were more than keeping up with men on-screen in their work. Vivien Leigh, Katherine Hepburn, Judy Garland and many others gave iconic startling performances in the fifties that are to this day exceptional.

Marilyn Monroe was of course the most famous actress of the fifties, and much more talented than ever given credit for being. Yes she was drop dead gorgeous, but she was also a gifted comedian who rarely got the chance to show that side of her talent.
Of course with the method over taking all other forms of acting came the comparisons between Brando and Olivier, dubbed as the greatest of all actors (bull). The sad part is you can always see the acting with Olivier, and that is the very thing the search for the truth eliminates…it just is.