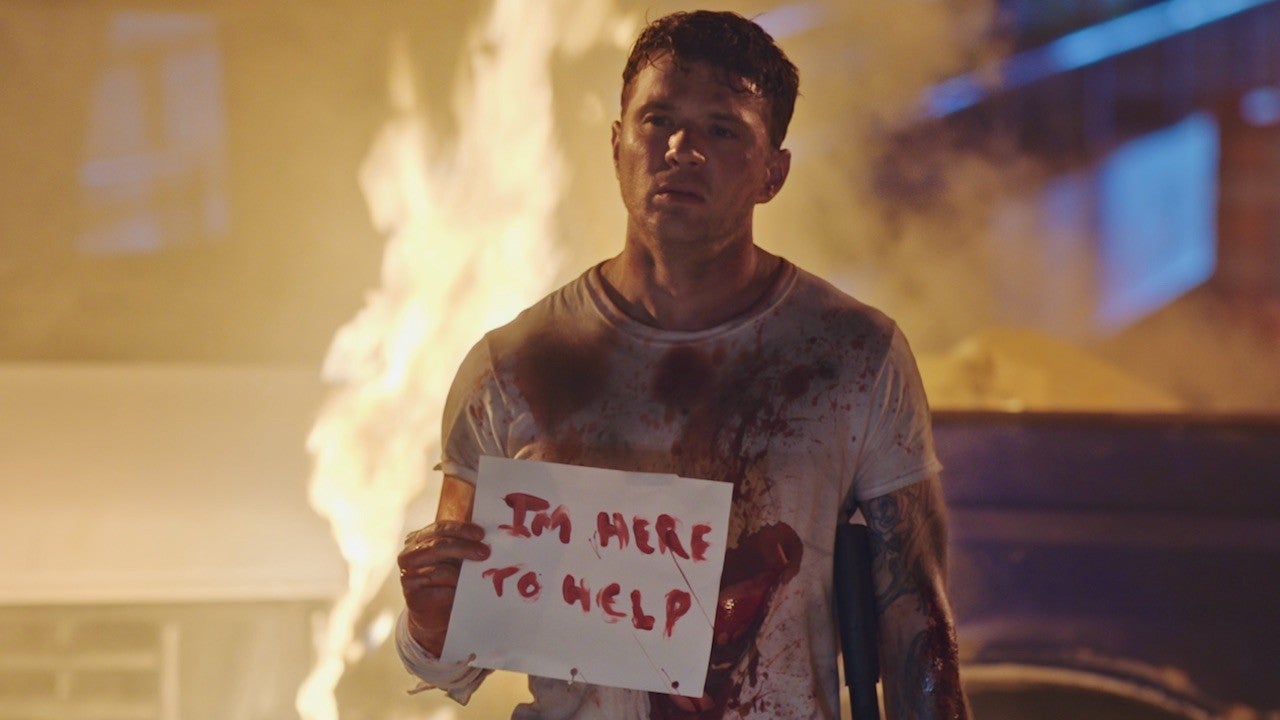 In ‘The 2nd’, director Brian Skiba (‘Rottentail’) brings together two of the biggest superstars of the 90s, Ryan Phillippe and Casper Van Dien. The film revolves around Major Vic Davis (Phillippe), a Green Beret, who must find a way to keep his son and the daughter of a Supreme Court Justice safe while battling a group of highly-trained antagonists.

When the film came out, it garnered mixed reviews, although Phillippe and Van Dien received considerable praise for their performances. The movie has an engaging plot and well-choreographed action sequences. All in all, it’s a fun B-film that does exactly what a movie is supposed to do, entertain its audience. SPOILERS AHEAD.

The film opens with Davis and his partner arriving at a US Senator’s office to move him to a secure location after an apparent terror outfit issues a bomb threat against him. This comes against the backdrop of an important Supreme Court vote on the Second Amendment. The senator, Bob Jeffers, is a staunch supporter of gun rights, and his elimination is a top priority for the shadowy outfit.

While speaking to the operative who has been given the mission to detonate the bomb, his mysterious handler talks about a benefactor for whom neutralizing Jeffers is of utmost importance. The convoy is attacked on their way to a safehouse. Although the Senator remains unharmed, Davis’ partner is killed. Some time passes, and the movie finds Davis traveling to his son Sean’s (Jack Griffo) college to pick him up from there and then go camping together.

Davis and Sean have been somewhat estranged since the death of Davis’ wife in the hands of Iraqi militants, who came after his family for what he had done to them. At the same time, several operatives from the outfit arrive at the campus. Their leader poses as a Secret Service driver (Van Dien) for Erin Walton (Lexi Simonsen), the daughter of Justice Walton (Randy Charach). They quickly take out the campus security and are about to abduct their target when Davis intervenes.

What follows is a cat-and-mouse game between Davis and Driver. Davis tries to use the college as a fortress while trying to protect his son and Erin. On the other hand, Driver continues to send in his operatives to take him out and capture Erin. Davis soon learns that he is fighting a CIA ground team. At Erin’s home, Director Phillips (Richard Burgi) of the CIA shows up and tells Judge Walton that he has his daughter, warning him that if he doesn’t do what he tells him to do, Erin will get hurt.

In the end, it is revealed that the bomber’s handler was Director Phillips himself. They both have the same codename, “Father.” Evidently, the CIA or at least one of its factions is trying to influence a domestic policy. Through Phillips’ retelling of Ursula K. Le Guin’s ‘The Ones Who Walk Away from Omelas,’ the film hints that the operatives and their enigmatic benefactor want the judge to give his opinion against the Second Amendment.

In doing that, they succeed. In Ursula K. Le Guin’s story, a child must live in perpetual impoverishment, so an entire city can thrive. Similarly, Phillips, Driver, and their accomplices try to abduct and later kill Erin because they believe that it is for the greater good.

How to Keep a Secret

As Driver says twice in the film, three people can keep a secret if two of them are dead. He survives the explosion after his fight with Davis, and when Phillips returns to his home, Driver is already there, waiting for him with a gun in his hand. Phillips tries to persuade him by telling him that Walton will never talk, nor will he change his judgment. He then implies that they will just hide what happened.

What Phillips fails to realize is that the decision to eliminate him has already been taken by their benefactor. He now poses a risk for their entire operation, being the CIA director who kidnapped the daughter of a Supreme Court Justice to force him to give his opinion against the Second Amendment. Driver sounds almost apologetic when he tells Phillips that history will not remember him kindly, implying that he will be used as a scapegoat. Later, he kills him.

The Possibility of a Sequel

The film’s ending is very open-ended. Davis overwhelmingly triumphs against the odds, defeating Driver, ensuring the safety of both his son and Erin, and reuniting the latter with her father. Sean is in the hospital because of the bullet wound and other injuries. Davis is there with him. The ordeal has clearly brought them closer. Sean learns that his father has been awarded the Medal of Honor.

Davis gives his son the watch that President Clinton gave him after realizing that there weren’t enough medals. As a battle-hardened soldier, he knows how killing another person affects someone and urges his son to focus on the people he saved instead. Erin arrives with a bottle of alcohol. It is quite apparent that she and Sean are romantically involved.

When Davis comes downstairs, he sees that his wife (Samaire Armstrong) has been taken hostage by a group of people whose accent sounds decidedly East European. The film ends as he begins fighting them. He lost his first wife when his past came for him, seeking vengeance. It seems like history is repeating itself. This is a clever way to set up for a sequel. With Driver surviving, he just might return in the future to make Davis pay his dues, just like the group of assailants does in the closing scenes of the film.

Read More: Where Was The 2nd Filmed?