The Underrated (IV): ‘The Apostle’ is Robert Duvall’s Finest Work 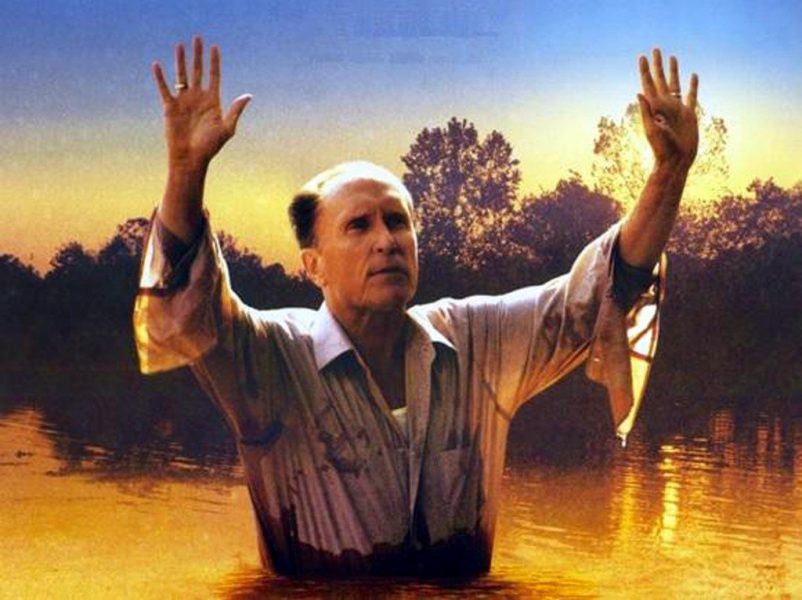 Imagine being Robert Duvall in 1984. He had by then won an Oscar and awards from the New York Film Critics Circle and National Society of Film Critics as Best Actor, and was hailed as one of the greatest actors in American film history. He had appeared in The Godfather (1972), The Godfather Part II (1974), The Conversation (1974), Network (1976) and Apocalypse Now (1979), all of which solidified his status as the finest character actor in the business. He moved into lead roles in the eighties, The Great Santini (1980) and True Confessions (1981) displaying a shining fierce talent, winning an Oscar as the washed up country and western star in Tender Mercies (1983). He was it seemed, on top of the business, the most revered and well liked actor in movies. That said he had written a script he could not get made on the basis of his star power, no studio, large or small would touch it. He begged, he cajoled, he brought in directors like Sidney Lumet and Ulu Grosbard, but no one would make the film.

One day his accountant said to him that he had enough cash to make the thing himself, why not do that? So after a conversation with his friend Francis Ford Coppola, that is precisely what he did. He put up seven million of his own money, cast the film the way he wanted, produced, directed and starred in the film he had written, and brought it to the Toronto International Film Festival looking for a sale. Halfway through the first screening in Toronto, two people got up madly dialing their cell phones and ran for the exit, one was Miramax, the other was October. There was crazy bargaining through the night that eventually saw the film go to October Films who released the picture later that fall and pushed hard for Duvall to be nominated for an Oscar for what might be his finest screen performance.

And he was nominated for an Oscar, losing to local Academy boy Jack Nicholson, but he won the LA Film Critics Association Award as well as the National Society of Film Critics Award for Best Actor. It remains perhaps the most acclaimed performance of his career, a character portrayed with volcanic fury and non-stop motion, always moving always talking, a stunning fiery performance from an actor clearly in the zone.

And Sonny, Duvall portrays a fire and brimstone Southern preacher who discovers his wife is cheating on him, turning the tables on him after years of doing the same to her. In a fit of rage he kills the younger preacher she is sleeping with, and flees into the backwoods of the deep south to escape the law. Believing he must atone for what he has done, he begins preaching at a small church in a black community and helps them build a church believing perhaps that his Cain and Abel act will save him. What is remarkable about Sonny is that he truly does believe and has the Holy Spirit within him, there is no doubt. But he knows they are looking for him and it is just a matter of time before they find him. When his wife, seething with anger hears him preaching on the radio she calls the police and they close in.

Duvall is electrifying in the role of Sonny, pouring ferocious energy into the role, never-ceasing it seems to move when on-screen. With his bow-legged walk, there are times he seems filled with the Holy Spirit as he preaches to the congregation, calling for an Amen. This is the finest work of his career and he knows it, dominating the screen like a life force. In strong support are Farrah Fawcett as his wife, and Miranda Richardson as his lover, with John Beasley as a friend he makes in the backwoods.

The film was a reminder of, in 1997 what a gifted and brilliant actor Duvall is, and brought him back to the public eye for a time. Now in his eighties, he has not looked so healthy at the recent Oscars he attended as a nominee for The Judge (2015) and persistent rumours of cancer plague him.

He has been one of the finest actors in America since the early sixties, since his performance as Boo Radley, the boogey man/ saviour of To Kill a Mockingbird (1962). The great acting teacher Sanford Meisner once said, “there are two great acting talents in America, the first is Brando whose best work is behind him, the other is Robert Duvall.” Indeed. How good is he? As great a film as Apocalypse Now (1979) might be, does it ever really recover from the moment he stomps off screen saying with a pissed off tone, “someday this war’s gonna end”?