The ‘spy’ genre being very niche yet full of action and adventure, deals with undercover agents and espionage activities. The life of a real spy or a secret agent is that of deceit and lies. However, movies based on spies and undercover raw agents are always bombastic and over the top, while maintaining an uber cool attitude to cater to the ladies. Hollywood always had takers for this genre. However, there have been very little work done with this genre, in Indian cinema. Following the foot steps of Hollywood, there were numerous Bond or Bond like movies in many different Indian languages, which tried to use the formulaic method of a gadget laced hero, fighting the bunch of goons and to save the damsel in distress. Movies like ‘Farz’, ’Suraksha’, ‘Wardat’ were the factory made product, of this genre.

When we, at The Cinemaholic, sat down to create a list of this genre, we had to look beyond the above set of movies and had to explore the concept of spies and undercover agents, used in many films a little different from the usual over the top way. So here is the list of the top Indian spy movies ever. The list includes Bollywood espionage movies and also films from other regional industries. 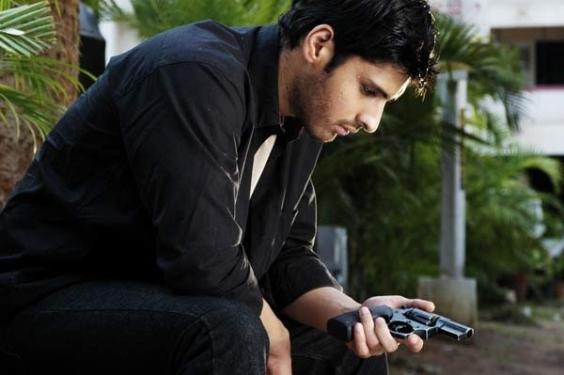 ‘Mukhbiir’ means the informer. It talks about the lives of the police informers who lead a double life, while constantly putting it to danger. A young boy, fresh out of a juvenile prison becomes the police informer at the behest of a top cop and leads his life to the verge of extinction. As a mole, he successfully infiltrates a terrorist organisation, uncovers the next between police and drug dealers and organ trafficking. But living a double life, it becomes a burden on his soul. Directed by Mani Shankar, this film has shades of ‘The Departed’. It tries to drive home the point, that despite of providing their mettle, in the bigger scheme of things, informers mere pawns of the game.

Some say it was a plan gone wrong. Some say, it’s a figment of imagination. But all said and done, the idea of killing one of India’s most wanted criminals in a country that has given him refuge was sensational. Directed by Nikhil Advani, ‘D-Day’ tells the story of a group of Indian spies, infiltrating Pakistan to kill a man code-named Goldman. When an undercover RAW agent in Pakistan discovers a slim chance of catching Goldman alive, three other Indian agents reach Pakistan to get it done. The plan goes horribly wrong and that what forms the crux of the story. The movie was appreciated by the critics and audience alike for its taut script and pace to move the story ahead. 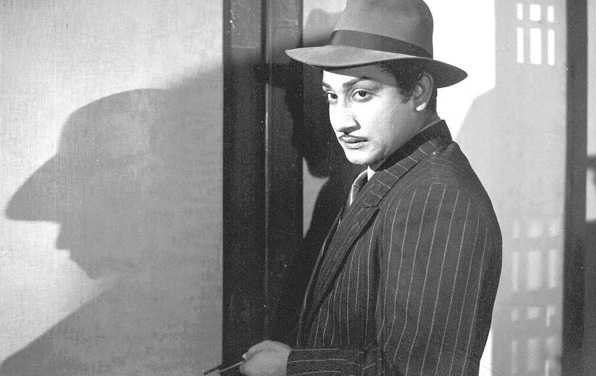 Set in 1943, a man is shown to be dying of a gun shot on a night when the city is being bombed by the Japanese. The police, in its course of investigation discovers a number of suspects, each having motive to kill the man. And every man presents his discourse to the audience, contemplating what would have happened. Inspired from Akira Kurosawa’s masterpiece ‘Rashomon’, the director Balachander went on to script his own version and created India’s first noir film, sans any songs. This was a huge thing back in 1954, where songs and dance were specifically crafted for the audience in mind. ‘Andha Naal’ in Tamil meaning ‘That Day’ went on to become one of cult movies of Indian cinema. But how this’s a spy film then? I say, better watch it on youtube! 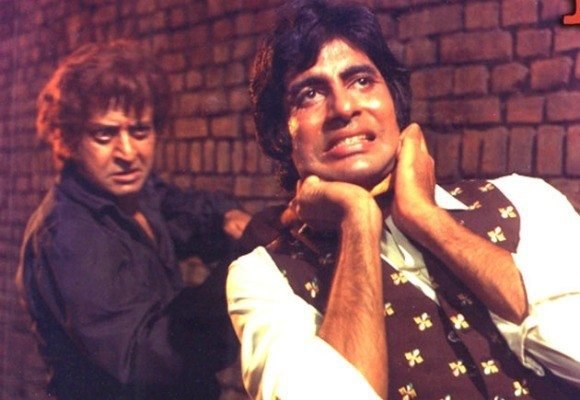 In every sense, ‘Don’ is an undercover agent film, where a lookalike of a wanted criminal is placed as a mole inside the gang, to help the police uncover its true intentions. But when the only person knowing the truth about the insider dies, the mole gets cornered by both the police and the rest of the criminals. It takes all of his wits to come out of the issue and put the true culprit behind the bars. Mr. Amitabh Bachchan is the actor, on whose stardom the newer generation grew up with. To see him play the charismatic Don and his lookalike the simpleton Vijay, who turns into the nefarious Don was the treat to the eyes. The movie ran to packed houses and even today commands an audience when it airs on TV. It’s ironical that Chandra Barot, the director of this film never achieved success of similar level ever again. 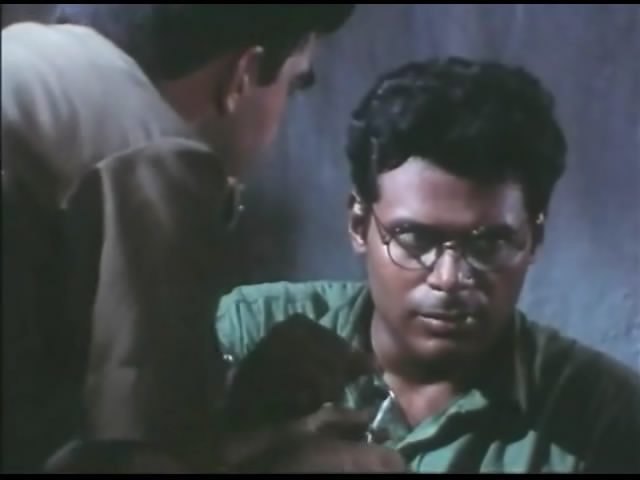 At the heights of terrorism, two police officers come together to form a plan to counter it. Infiltrate the terrorist organisation by placing two insiders. However, when one of the insider gets killed, it becomes important to save the remaining one from getting caught. And while this happens, the terrorists manage to infiltrate the police and try to identify the mole. Made much before ‘Internal Affairs’ and ‘The Departed’, directed by Govind Nihalni, ‘Droh Kaal’ meaning ‘The times of betrayal’ explores how terrorism tries to create the turmoil in the society by pitting itself against the chosen democracy, without taking any sides. 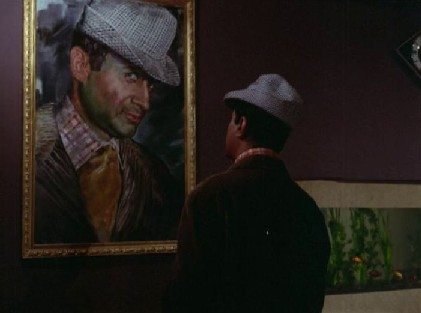 An ordinary man is labelled as a mastermind behind many jewellery heists. The reason being his face, to be identical as the jewel thief. When every evidence points towards him, he sets on a mission to clear his name and plays an undercover agent to infiltrate the gang. Eventually when the secret is revealed, along with him, we the viewers are left spellbound. Forty decades after the movie was released, we still marvel at the intelligence of director Vijay Anand, who took us for a ride while looking for the real Jewel Thief. 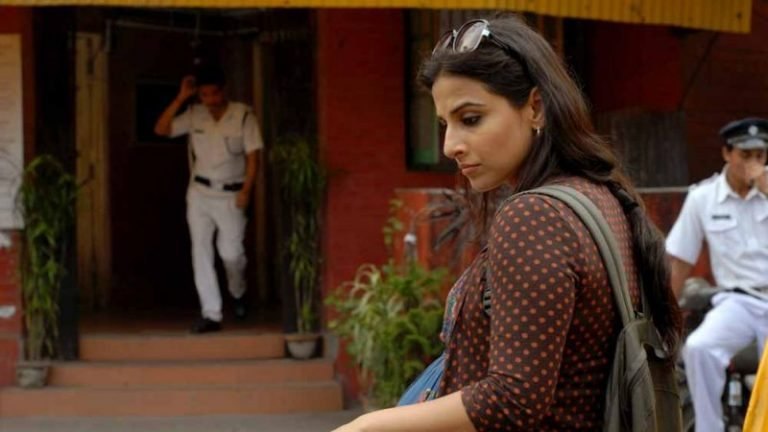 A London based software engineer reaches Kolkata and straightaway visits the nearest police station. The reason? Her husband is missing and she’s frantically looking for him. She’s in her third trimester of pregnancy and is in no condition to go back which anyway she doesn’t want to, before her husband is found. She moves every nook and corner of a Kolkata that still possesses an old world charm, to investigate her husband’s disappearance. The biggest strength of ‘Kahaani’ is its story, which awes the viewer with its final revelation. This mother of all stories, is a spy thriller to its core. And who can forget the smiling assassin, Mr. Bob Biswas? Pure genius! 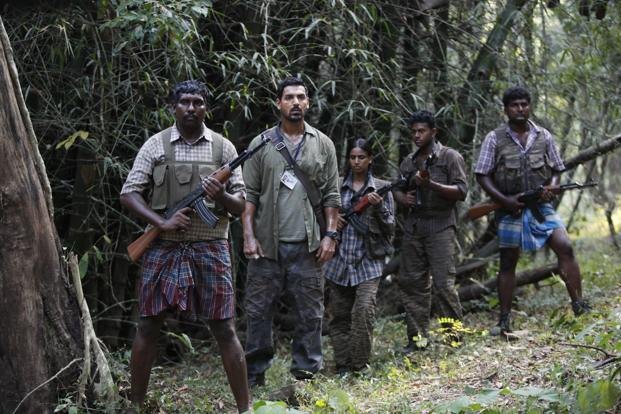 A civil war situation in the emerald island of Sri Lanka changed the political scenario of South East Asia. A state in turmoil gave rise to an armed revolution which eventually ended in the political assassination of an ex prime minister of India. Shot as a documentary but never dropping the pace of the narrative, ‘Madras Cafe’ is a solid political drama. As the narrative progresses, the viewers get to see the complex side of the espionage where high level officials are forced to commit sedition. The movie never takes sides yet manages to showcase the vulnerability as well as moral dilemma of the people involved. Directed by Shoojit Sircar, ‘Madras Cafe’ is a gripping tale. 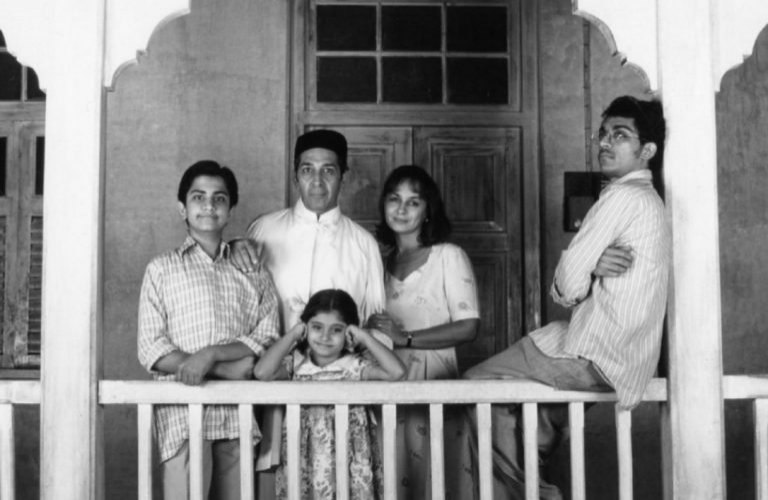 At the heights of the war of 1971, a Parsi man, based out of Bombay struggles to bring his one dimensional life together. He leads a mundane life, gets upset with the career choice of his eldest son and picks up random quarrel with people defecating around his household, while his wife’s trying to cure the daughter’s illness through the help of a black magic practitioner! His troubled life takes a murkier turn when he receives a letter from his erstwhile friend, who’s a RAW operative involved in the war. ‘Such a Long Journey’ is based on the novel by Rohinton Mistry and directed by Sturla Gunnarsson is a Indo-Canadian project, set in India. The movie paints a vivid picture of the Parsi community of Bombay, while carefully dissecting a man’s predicament who has been forced to spy.

It’s a film that broaches the topic of global terrorism, spanning across the seas, from the mountains of Tora Bora in Afghanistan to the sky scrappers of Manhattan. Technically brilliant and a gripping narrative that moves in a breakneck speed, that’s the USP of Kamal Hassan’s ‘Vishwaroopam’. A woman in doubt over her relationship with her effeminate husband, discovers him to be a spy and thus the layers of ‘Vishwaroopam’ start peeling off, showcasing Kamal Hassan’s mastery over story telling. Released to a huge controversy over showing a particular religion in bad light, ‘Vishwaroopam’ is one of the finest spy thrillers to have been made.