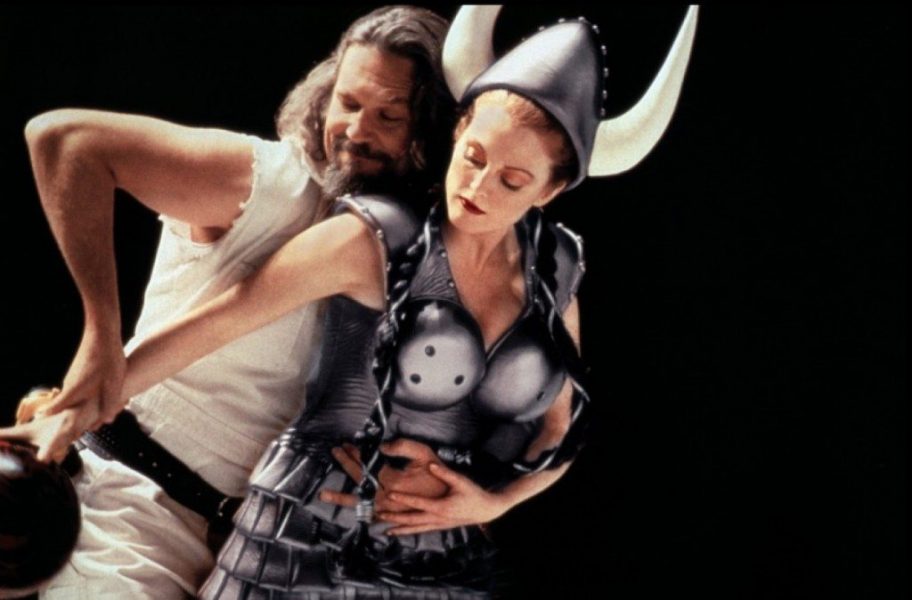 So, why has ‘The Big Lebowski’, which was a disappointment in the Box Office, garnered a cult following during these years?

‘The Big Lebowski’ was the follow-up of ‘Fargo’ by the Coen brothers, this time with more quirkiness and idiosyncrasy. Spiked with wonderfully funny sequences and brilliantly shot scenes, ‘The Big Lebowski’ has become one of the best rated and critically acclaimed neo-noir comedy films of all times. The film keeps an eye on societal norms and modern figures of speech, which make ‘The Big Lebowski’ a scintillating show of laughs and shocks. The Coens are known for an awry sense of humour, which is, in course, taken over by the dark violence shown in their previous works. Though ‘The Big Lebowski’ has its fair share of violence and action, it doesn’t deviate from its primary genre, which is ‘comedy’.

The quotable dialogues from the film make Lebowski make it a more enduring memory. Lines and comments made by the film actors, which include a generously used ‘f**kin”, are not passed into ‘parlance of our time’ exactly. Nevertheless, for Lebowski devotees, these act as an icing on the cake.

Who are the main characters?

Jeff Bridges as Jeffrey ‘The Dude’ Lebowski, who is unemployed, enjoys marijuana, White Russians and bowling and is the protagonist of the film. His signature dialogue ‘I am The Dude, man!’ remains the best. 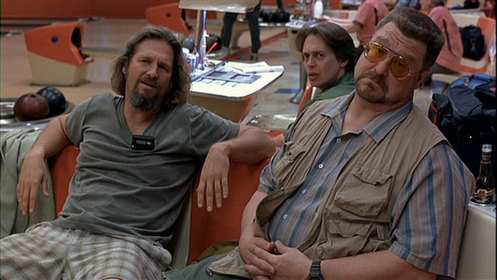 John Goodman as Walter Sobchak, who is a Vietnam (or referred to just as ‘Nam) war veteran, The Dude’s best ‘buddy’ and his bowling partner. He is the character who adds to the comedy many-folds by placing everything second to his newly adopted religion (He does not ‘roll’ balls on the Shabbath day) or by pulling out a pistol (or a crowbar) in most petty and casual situations (He once threatens to shoot a guy just because he was not following the ‘rules of bowling).

Steve Buscemi as Theodore Donald “Donny” Kerabatsos, who is the calmest person among the group. He frequently disrupts the talks of Walter, for which he gets ‘Shut the f**k up, Donny!’ everytime.

David Huddleston as Jeffrey Lebowski, who is the millionaire having the same name as The Dude, whose wife’s kidnapping provides the setting of the story.

Julianne Moore as Maude Lebowski, who is an artist and whose work ‘has been commended as being strongly vaginal’. She has a very strict style of speaking.

Tara Reid as Bunny Lebowski, the ‘gold-digging’ wife of the millionaire Jeffrey Lebowski. 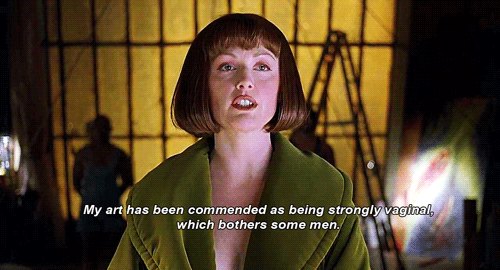 The Dude shares a name with a physically-challenged millionaire, living in Pasadena. It seems as Bunny has had some debts of her in the past and she had not been able to repay them for which some thugs rough up The Dude and pee on his rug, which ‘really tied the room together’. After The Dude protests that he’s not married (“Does this place look like I’m f**kin’ married? The toilet seat’s up, man!”), they leave and The Dude goes to ask for recompensation for his destroyed rug to the millionaire Lebowski.

After meeting the millionaire Lebowski, The Dude is entitled the task of transferring a sum of 1 million dollars to a group of thugs, who have kidnapped ‘Bunnie’.

And the film goes on about the various events after The Dude and Walter mess up the job of transferring the money, how they react after their plans of eloping with the ransom money goes astray, how he meets different mobsters regarding the case and how they defeat the thugs at last with scenes loaded with extreme levels of humour.

As the Coen brothers had stated that this film had loose inspirations from the works of Raymond Chandler, Lebowski is more about the quirky characters in the locales including The Dude’s own home, The Big Lebowski’s mansion, the bowling parlour and Jackie Treehorn’s Malibu beach house. We see a city, where even the unemployed like The Dude and Walter enjoy a pretty good life, where there is time and money for bowling, beer, White Russians, and joints.

For such a guy, The Dude has a innate sense of self-respect. He carries his air as he comes out of the mall, with a single carton of milk. He expects a millionaire to pay for his soiled rug and soon, we see a helper carrying a random rug from the millionaire’s house. He expects the police to find out who stole his dead-beat car and asks a policeman ‘Do you have any leads?’, to which the guy laughs hysterically and adds a remark of sarcasm. He talks to Jackie Treehorn, as if he is his equal and asks him about the tactics of his business of pornography. 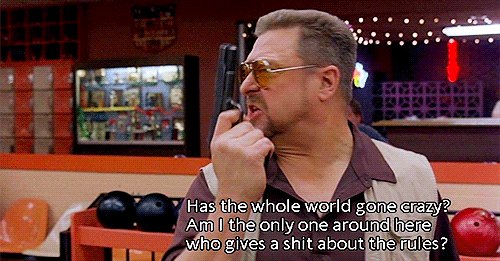 The eclectic soundtrack by Carter Burwell also adds to the mood. The Dude’s entrance is marked by a perfect gem of Bob Dylan, ‘The Man In Me’. Jesus, a bowling rival to The Dude, is given the Gypsy King’s cover of ‘Hotel California’, a tune that would ring your ears suddenly and you see Jesus dancing in an all-violet attire, his hand with a number of rings and his habit of licking the ball once before rolling in the same scene.

Bridges gives the most natural acting in the film, with a trivia that most of The Dude’s dresses have come from his own wardrobe. But the movie belongs to Walter as much as to The Dude. He screams a lot (in a funny way) and is proactive. He quotes Theodor Herzl and Vladimir Lenin frequently. As a whole, Walter is the father, Dude is the mother and Donny is the child in the whole group.

One could argue that there whether Donny’s should have died or not , or whether Walter really have to pick the millionaire out of his chair and throw him on the ground to prove he can really walk. But irrespective of  some minor flaws, you can put the DVD of the film any day, and laugh out loud with The Dude.