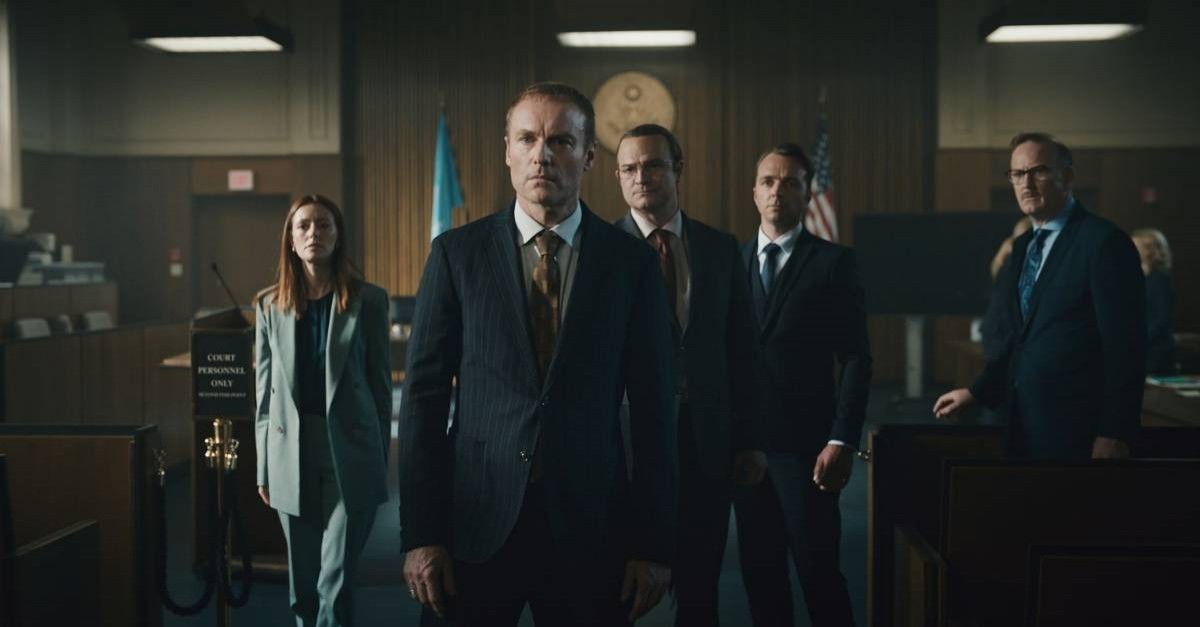 ‘The Billion Dollar Code’ is not your typical run-of-the-mill success story revolving around brilliant and innovative programmers and artists. Instead, it’s a cautionary tale that warns up-and-coming entrepreneurs about the pitfalls of the IT industry and how tech giants can devour their dreams and life’s works without a moment’s notice. The show also strives to shed light on a group of individuals who made one of the most important discoveries of the digital age but have remained largely unknown. Here is everything you need to know about the ending of ‘The Billion Dollar Code.’ SPOILERS AHEAD.

The series begins at the start of what initially seems like a deposition with Lea Hauswirth (Lavinia Wilson) serving as the lawyer for artist and professor Carsten (Mark Waschke) and programmer Juri (Misel Maticevic), who claim that Google Earth is based on their idea of Terravision. Eric Spears seems to be a lawyer for Google. It is later revealed that both Lea and Eric work for the same American firm. They are part of a team assembled to fight the case against Google in a US court in Delaware. These meetings are hosted to prepare Carsten and Juri for the relentless questions and counter-examinations they are bound to face in America.

The narrative shifts back and forth between the early 1990s, right after the Berlin Wall had come down, and the early-to-mid 2010s, when Carsten and Juri’s company, Art+Com, sues Google for patent infringement. The early 1990s storyline depicts how Carsten, an innovative artist who wants to merge the digital world and art, comes up with the idea of creating a software that will let a user fly straight into a location of their choosing from outer space and how Juri, a hacker belonging to the secret and notorious Chaos Computer Club, develops the code for it. They convince Deutsche Telekom to finance them and build a team with peers from both of their fields. 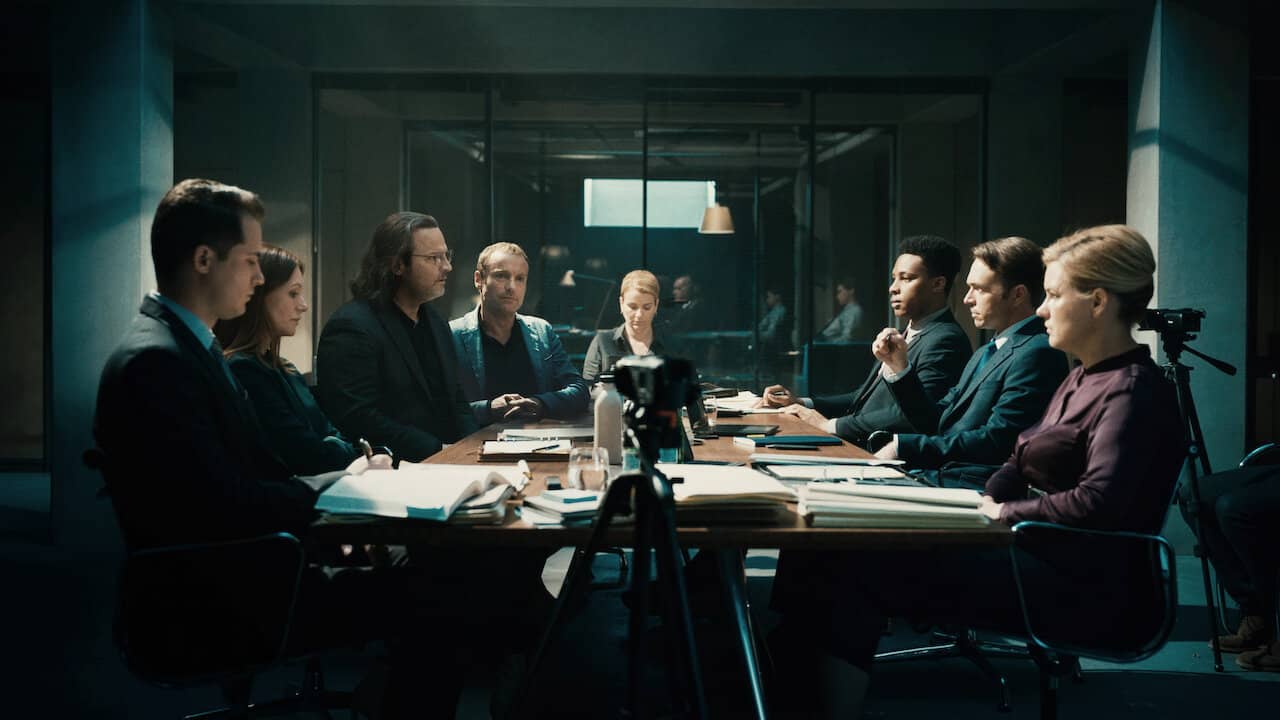 However, things begin to fall apart after Carsten and Juri visit America at the invitation of Brian Anderson, one of the chiefs at Silicon Graphics, which is one of the top graphics companies of the time. Carsten and Juri use Silicon Graphics’ Onyx visualization system to develop Terravision. They virtually revere Anderson, especially Carsten. During their time in the US, Juri speaks to Anderson about some of the algorithms Art+Com used to develop Terravision. Being the brilliant developer that Anderson is, he figures out the rest.

Several months later, just as Art+Com has managed to secure some funding, Carsten and Yuri come to know that Anderson and Google are set to launch Google Earth. It doesn’t take them long to discover that the other side didn’t just copy their idea, they emulated virtually everything. The final episode of the limited series entirely focuses on the trial with the two protagonists on one side and one of the world’s biggest companies on the other.

The Billion Dollar Code Ending: Do Carsten and Juri (Art+Com) Win Their Lawsuit against Google?

No, Carsten, Juri, and their company Art+Com don’t win their lawsuit against Google. When the jury returns, their verdict is against the plaintiff in all three counts. The jury declares that Art+Com hasn’t proven that Google Earth infringed their patent, that Google Earth has demonstrated clearly and convincingly that the patent is invalid, and that Google Earth uses a fundamentally different method than Terravision.

It is an uphill battle from the beginning, and Carsten, Juri, and their lawyers have always known it. Google is one of the perfect examples of the American success story, and the trial takes place in an American court. Despite this, the two protagonists have hoped that justice will prevail.

Carsten and Juri initially lose their monopoly over the ground-breaking technology behind Terravision because of their naivety and not realizing that digital space is inhabited by as many ruthless and opportunist individuals as any other industry. After being told that no patent lawyer will represent them because it will cost more money to sue Google in an American court than what they themselves agreed to be paid for collaboration with Google, a disillusioned and disgruntled Carsten quits the company. This leads to a fallout between him and Juri. And by the time they start doing the rehearsals with their lawyers, it hasn’t been resolved. 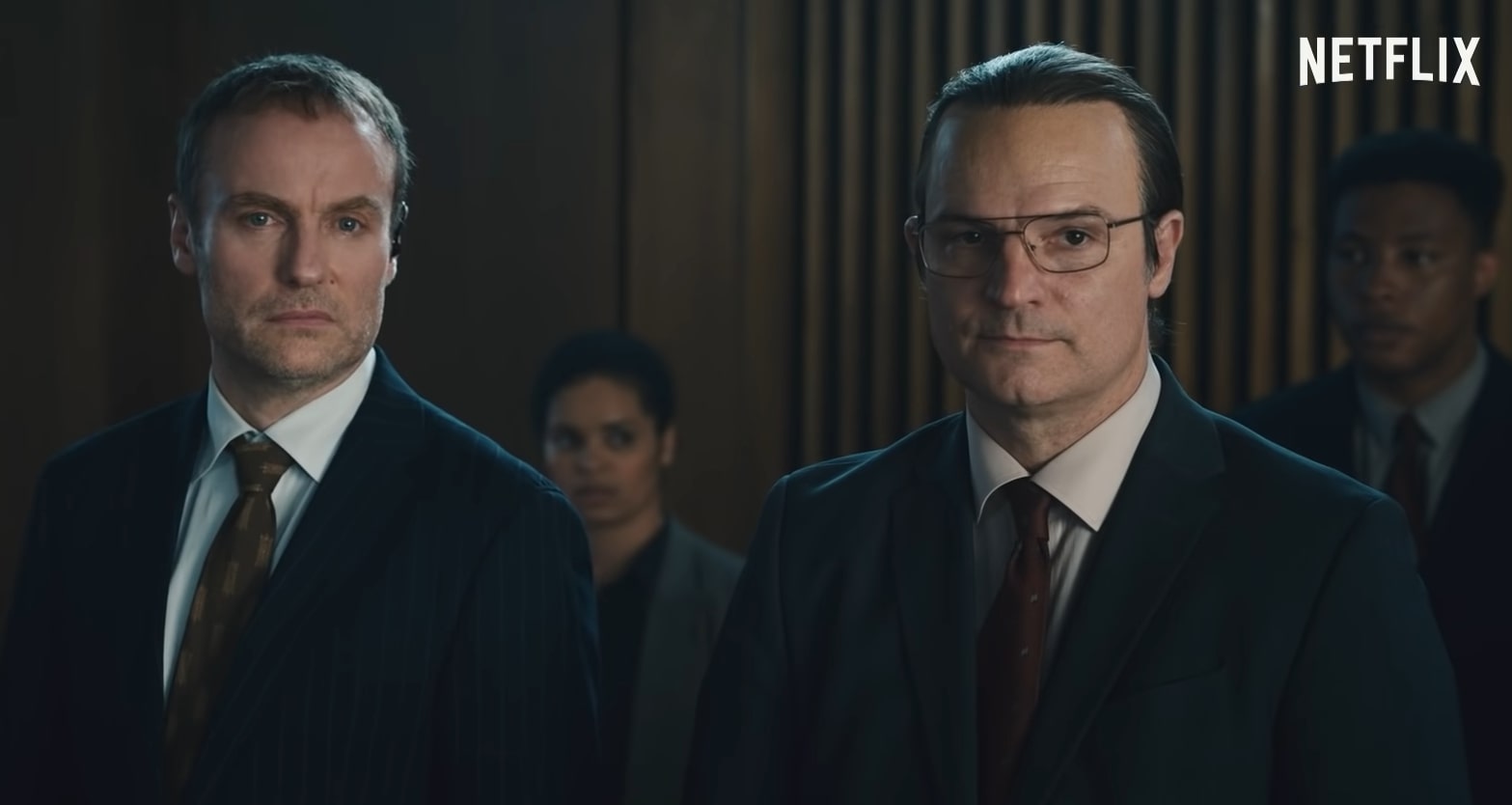 After Juri leaves for Budapest, unable to handle questions from their team of lawyers, Carsten goes to bring back his old friend. He admits to Juri that he was wrong to walk out on him and Terravision all those years ago and reveals that he has been planning to sue Google since his wife left. They manage to get their act together and perform remarkably at the court. And if this were a story about underdogs triumphing against all odds, they would have won.

In fact, there is a false ending to the trial, where Anderson admits before the court that he told Juri that Google Earth would have never been possible without Terravision. Realizing the case is all but lost, Google offers Carsten and Juri three times the amount of the damages, provided they will sign a non-disclosure agreement. Carsten and Juri decline and become an example for thousands of small companies. They later return to Germany to reunite with their old team to create a new version of the internet.

However, ‘The Billion Dollar Code’ is not that story. Like many others before them, Carsten and Juri get demolished in the verdict, and their hope of recognition for coming up with one of the most ingenious and useful software of all time is lost forever. However, their indomitable creative spirits still seem to be intact. As the series ends, Juri reveals to Carsten that he has a new idea, and the latter wryly asks whether there will be another revolution as he likes to be prepared for it this time. It may not be a happy ending, but it is full of promises for the future.

What Is the Significance of the Flashback Scenes to Juri’s Childhood?

In many flashback scenes, we see Juri, as a child, standing on a high-diving board, with his father watching from the ground with several others, urging him to jump. However, as Juri is afraid of flying, he is always unable to make that jump. It is later revealed that Juri’s father was an accomplished high diver, but Juri never developed any liking for the sport.

Ironically, he is inspired by Superman when he solves the initial problems with Carsten’s ideas. Before the trial, Carsten helps his friend confront his fears by taking him to high dive from the same board as before. As the two men jump, they leave behind all their worries, personal conflicts, and disappointments. By the time they hit the water below, they are ready for the trial.