The Boys in the Band Ending, Explained 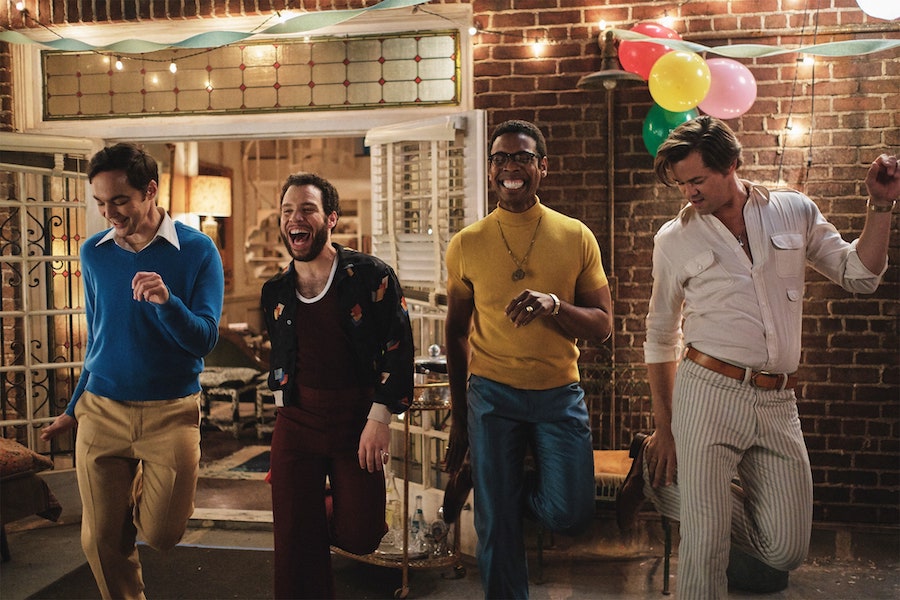 Netflix’s ‘The Boys in the Band’ follows the events of one day, where the story revolves around a birthday party, with nine people coming and going out of focus. The period drama focuses on the gay scene of the sixties, centering on themes like self-loathing, closeted sexuality, conflict over monogamy, and internalized homophobia. With an all-star cast, it serves an entertaining watch that is dipped in sassy one-liners and heart-breaking realizations. The ending leaves it at a somewhat hopeful but uncertain point. Here’s what it means. SPOILERS AHEAD

Set in 1968, ‘The Boys in the Band’ takes place on Harold’s birthday. Michael is prepping for the party, when Donald, with whom his relationship status is not set, comes to his house. Things get a little tense when Michael receives a call from his school friend, Alan, who asks to visit him and talk about something important. Because Alan doesn’t know that Micheal is gay and that there is to be a party with five other gay men in it, he tries to push their meeting to the next day. One by one, the guests arrive, and Alan’s unexpected entrance increases the tension in an already heated atmosphere. 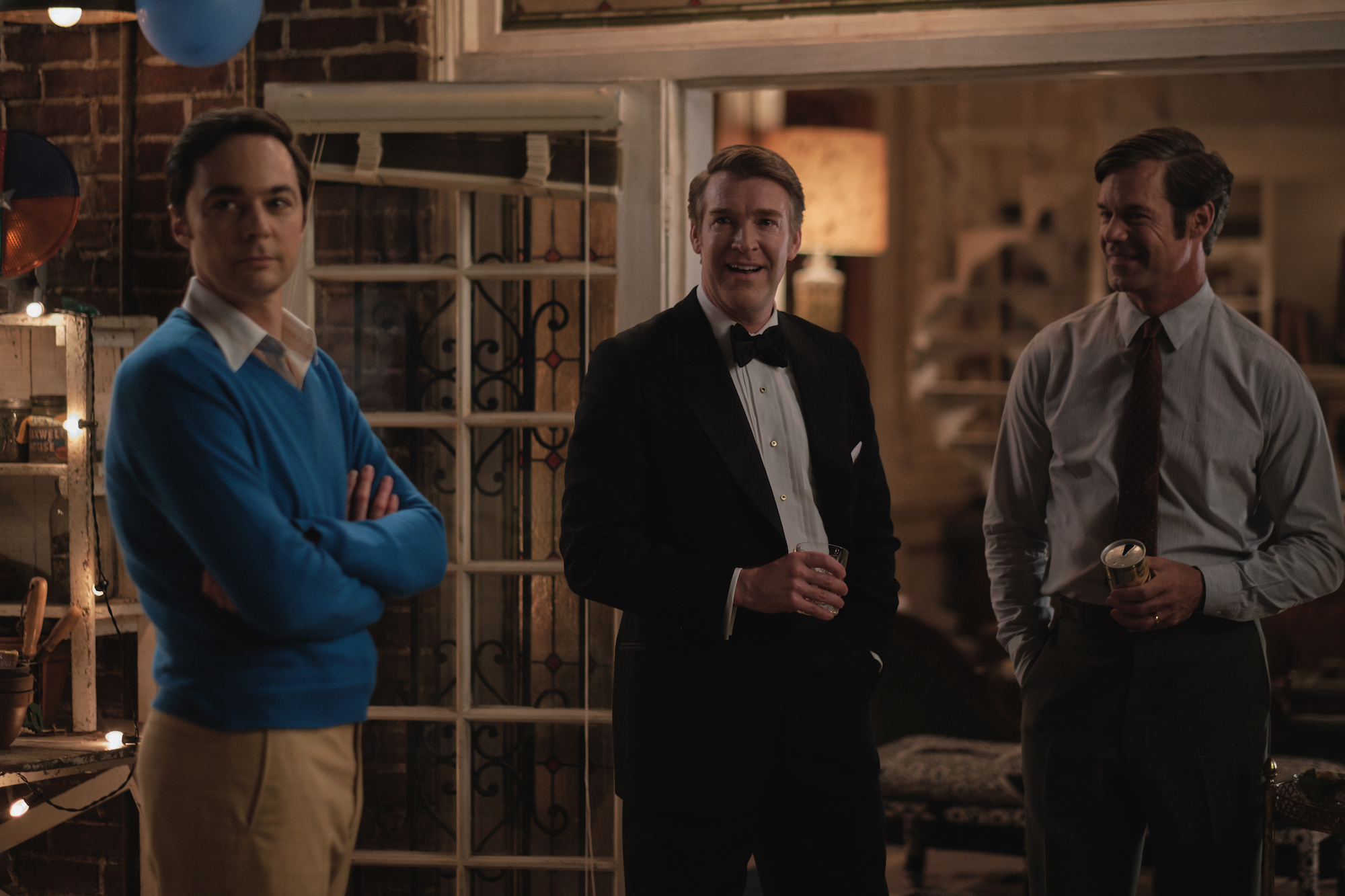 While ‘The Boys in the Band’ takes place over the course of one day, it gives us enough information about every character to find out their equation with one another and where they currently stand in their relationships. One of the things that the film does not resolve is the nature of Alan’s sexuality. It leaves things open for interpretation, and here’s what one could conclude from the clues left by the filmmakers. Alan was not supposed to come to Harold’s birthday party, but when he called Michael out of the blue, it looked like he had something very important to talk about. He seemed very distressed in the first phone call, but the second time around, he seemed more composed. And even though he tells Michael that he has to be elsewhere, he arrives at the party and doesn’t leave even when he seems troubled by the people there. It isn’t until he talks to his wife again that he gets some sense of clarity and leaves the party. All that happens in between leaves us wondering whether he is closeted, as Michael said, or is he straight?

Here’s what things look like. When Alan called Michael, he was distressed because he had decided to divorce his wife, had left her in Washington, and come to New York. It was one of the things that he wanted to discuss with Michael, but by the time they had their second phone call, he had resolved not to go forward with the divorce after all. In the end, when he calls his wife, it is to assure himself of that decision. As to why did he come to the party anyway might have something to do with his feelings for Michael. When Alan is introduced to Harold, the latter reacts as if it were someone he had heard a lot about. From their conversations, we deduce that Harold and Michael go a long way, and Harold knows him much better than anyone else. Alan’s presence makes Michael conscious of himself, and he tries to keep up the facade of being a straight person- the way Alan always saw him. He is concerned when Emory doesn’t tone down his flamboyance and is disturbed when Alan attacks Emory. Michael’s behavior makes it look like he has a crush on Alan, and almost as if Alan is the person he would call to win the party game he had concocted. The way he lashes out at Alan about Justin seems much more personal for Michael, and his heartbreak is resonant when he discovers that Alan didn’t call Justin, but his wife. Alan didn’t come out of the closet, as Michael had expected, and went back to the life he had always had.

What all of this says about Michael and Alan’s relationship is that they had been close when they were in school. Michael was in love with Alan, and when Justin told him that they’d had sex, Michael thought that when eventually Alan comes out, they might have a chance together. But time passed, Alan continued to be a heterosexual, and Michael moved on, unable to love anyone else, something that Harold chides him about. At the party, Michael uses the game to force Alan to accept his sexuality and his rant about Justin is actually about his own feelings for him. But, none of it proves that Alan is gay. He repeatedly tells Michael that he is straight and that Justin lied about their sexual history. What does give us a hint about his closeted life is the little things like him finding Hank attractive (something that a straight man wouldn’t normally say about another, especially in the 60s), his persistence to see the party through even though he behaves towards the course of events in a very distasteful manner, and the way he explodes at Emory when the latter insinuates that he is gay. But again, none of it is concrete proof of what he actually feels. The violence with Emory could simply be because of his fragile straight-male ego that can’t bear to have its masculinity challenged, especially by a “pansy” such as Emory. However, nothing is absolute proof for or against his gayness. 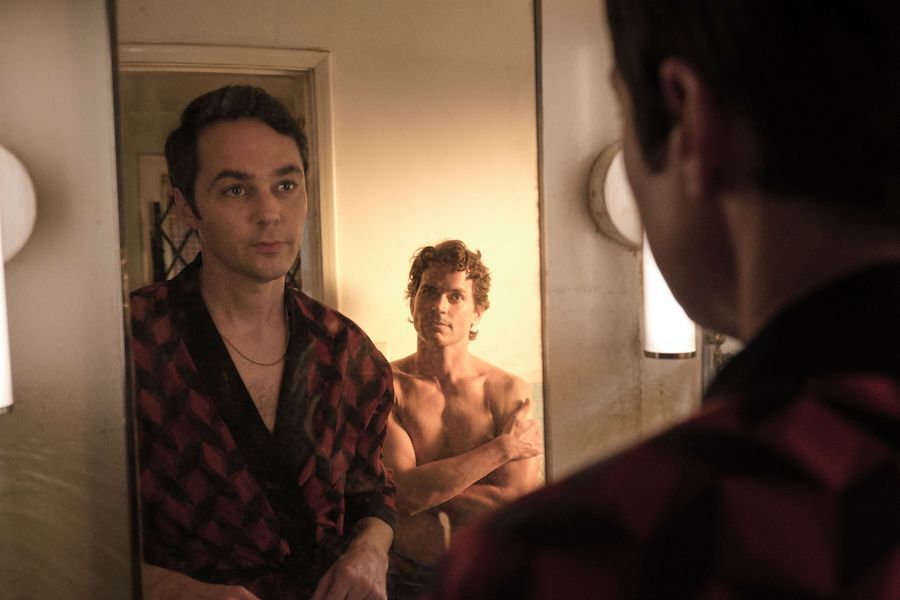 The festivities of the party end with a downer as every single person in the room is forced to confront their complicated feelings. Bernard can’t cope with the fact that he called the man he loved and talked to his mother. Emory’s effort to profess his love to his high-school crush ends bitterly when the person on the other end refuses to acknowledge him. Larry and Hank address the complicated status of their relationship, but also tell each other that they love them. Alan calls his wife and lets her know that he is coming home. Harold leaves the party with the cowboy, and after telling Michael how sad and pathetic he is, he tells him that they’ll talk the next day. After breaking down over the events of the party, Michael decides to go for a walk and tells Donald to turn off the light before leaving.

In the end, we find Emory and Bernard at a diner, where Bernard seems to have sobered up and is calmed down. Larry and Hank decide to make their relationship work, despite the differences, and have sex. Donald is still at Michael’s apartment reading a book. Michael comes out of the church, strolling along the street, eventually breaking into a run. Where is Michael running to? For hopeless romantics, who noticed Michael’s longing looks for Donald and the undeniable heat between them, it looks like Michael is finally breaking out of his self-hatred and has decided to give a chance to himself with Donald. For all we know, it could be the start of their romance, with Michael finally finding a reason to settle down in one place.

Another explanation for this could be that Michael knows that Alan is still in town. He hasn’t left the city yet and Michael is probably trying to catch him before he leaves. Perhaps, to move forward from him, Michael wants to confess his feelings for Alan, no matter if he gets a positive response from him. Even if Alan is gay, it doesn’t look like he will be taking the same road that Hank took. In any case, Michael would have one thing resolved in his life. It is either this or that Michael saw one of his bill collectors down the street, and running away was his way of dodging them.