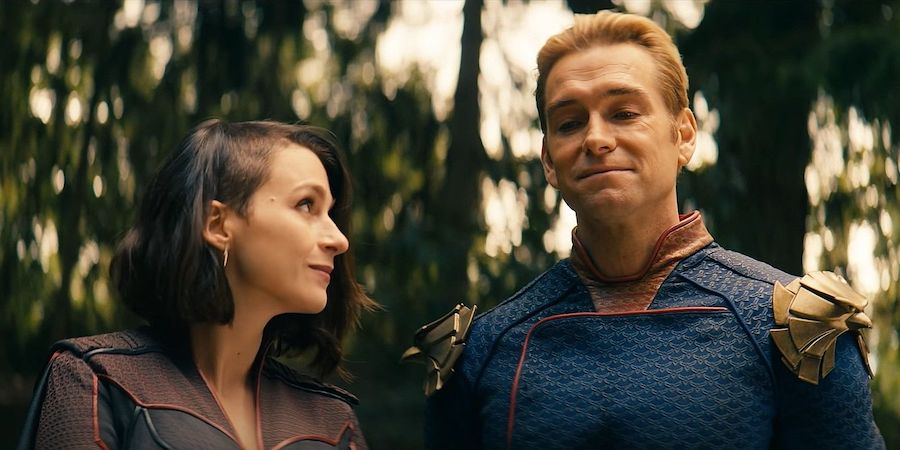 Created by Eric Kripke, ‘The Boys’ is Amazon Prime’s superhero drama that embraces a slightly different premise from the usual shows that fall in the genre. It is a TV adaptation of the eponymous comic book, penned by Garth Ennis and Darick Robertson. In the black comedy drama, a crew of vigilantes fights superhumans who misuse their abilities. The first season premiered on July 26, 2019, which was then followed by a second season that landed in September 2020. Season 2 was branded as “superb” by critics as it delves deeper into the characters and ups the action ante. Since the second outing has reached its end, let us check out the details of ‘The Boys’ season 3!

‘The Boys’ season 2 premiered on September 4, 2020, on Amazon Prime Video. It ended with its eighth episode on October 9, 2020. In July 2020, ahead of the season 2 premiere, during ‘The Boys’ panel at Comic-Con@Home, the series was renewed for the third season, alongside an aftershow titled ‘Prime Rewind: Inside The Boys.’

Vernon Sanders, co-head of television, Amazon Studios, said, “Eric Kripke and the incredible cast of ‘The Boys’ continue to deliver a wild and action-packed series full of surprises and can’t-miss moments that have made the series a global hit. We couldn’t be more excited to see where Eric takes ‘The Boys’ and the supes in Season 3, and to have Aisha Tyler join ‘The Boys’ family as the host of ‘Prime Rewind: Inside The Boys.'”

Filming for the next edition is planned to commence in early 2021. Provided things move as per plan, we can expect ‘The Boys’ season 3 to premiere sometime in late 2021 or early 2022.

The Boys Season 3 Cast: Who Can be in it?

The Boys Season 3 Plot: What Can it be About?

‘The Boys’ season 2 ends with Maeve coming to the rescue as Billy faces Homelander. After she uses a blackmail clip, Homelander releases Billy and Ryan. While Vought puts the entire blame for the mishaps on Stormfront, Starlight, and A-Train rejoin the Seven. Homelander is seen convincing himself that he can do whatever he wants. Season 3 is expected to take up the story from here – diving deeper into Vought, Compound V, and the history of the Supes. With the addition of Soldier Boy, the storyline will veer in his direction as well.