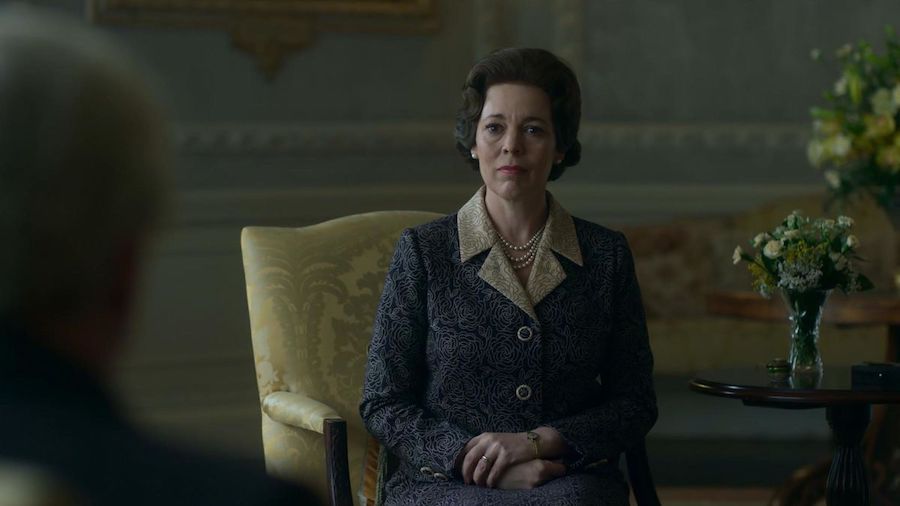 In its second episode, ‘The Crown’ season 4 touches upon the subject of the infamous Balmoral test, which is considered an important part of the royal initiation. With several factors at play in the show, this chapter allows a unique perspective into the dynamics between the characters and how it will morph their relationships in the future. With the sweeping vistas of Scotland, it is beautiful but also tense. By the end of it, we find some clearly divided lines between certain factions. Here’s what the ending means. If you haven’t caught up with the show yet, head over to Netflix. SPOILERS AHEAD.

Charles and Diana go on a date, and it looks like their relationship is escalating quickly when he invites her to spend some time with his family at the Balmoral Castle in Scotland. However, in between this, it is also revealed that Charles and Camilla are still in touch, much more than they should be, and his love for her is affecting his decision to turn over a new leaf with someone else.

Margaret Thatcher causes unrest in the country and within her own cabinet when she starts to enforce some strict decisions. “God needs no faint of hearts of his ambassadors” is what she believes and refuses to back down under the pressure of her party members. She gets a respite from this political tussle when she is invited to a getaway at the Balmoral Castle, but it soon becomes clear to her that she is terribly out of place there.

The title of the episode, ‘The Balmoral Test,’ comes from the Balmoral Castle that serves as the primary setting of this episode. The majority of the action takes place here and provides a look into the treatment of outsiders in the Royal Family. To decide whether someone is worth bringing into the family as a spouse or an ally, the new person has to spend some time at the castle with the royals. If they succeed in fitting in, they pass the test. If not, then they’ll probably never return for another get-together.

The episode begins with Margaret Thatcher getting an invitation to the castle and finding herself at complete odds with the Royal Family. Be it the dress code or the parlor games, the Prime Minister fails abysmally at fitting in, and the situation quickly becomes awkward for everyone. As she watches the monarchy spend their time playing, stalking, hunting, and attending local functions, she repeatedly wonders: “What am I doing here?” Spending time at Balmoral not only becomes unbearable with every passing moment but also feels like an utter waste of time to her.

With a country to run, Thatcher believes she should be working and focusing her energy on work rather than spending time with the people she finds “boorish, snobbish, and rude.” While the Queen tries to make her feel welcome, her efforts don’t have the intended effect, and Thatcher feels all the more out of place with them. She likens the royals to the “patronizing bullies within my own cabinet,” and knowing that she had already failed the test on the first day itself, she doesn’t make any efforts to stay around for too long.

As Thatcher leaves the castle, Diana arrives, and as difficult as it had been for the PM to mingle, the future-princess fits in effortlessly. She wins hearts with her charm. By the end of the weekend, Diana already has Charles’ entire family leaning in her favor. She helps catch the coveted prize and wins the test with flying colors. Anne later tells Charles that “it was written in the stars,” and as her sister had previously mentioned, Diana does come across as someone who was destined for greater things.

Whatever sense of camaraderie Thatcher and the Queen had felt for each in the first episode is washed away after their time at Balmoral. Failing the Balmoral test makes her realize that she can’t bow down to entitlement, whether it comes from the crown or her own cabinet. Thatcher curbs the resentment against her by getting rid of three members who had spoken against her policies, and this shuffling of the cabinet also comes across as her power move in front of the Queen.

In their next meeting, they indulge in sparring of words, though indirectly, where Thatcher clarifies that she has no problem with having enemies and those who oppose her. It cements the fact that she and the Queen are not going to be on very friendly terms, as opposed to what both of them had previously expected. The weekend at Balmoral brings a sweeping change in Charles’ life as he gets the green light from the family for Diana.

Everyone is thoroughly impressed by her to the point that they want her to be the one that Charles marries. Despite his liking for Diana and the approval of his family, Charles can’t let go of Camilla. But even she suggests him to go forward with the wedding and move on. Eventually, he agrees, but his unwillingness to sever his bond with Camilla shows that there is going to be a lot of trouble in the paradise that Diana believes she will have after she becomes a part of the Royal Family.