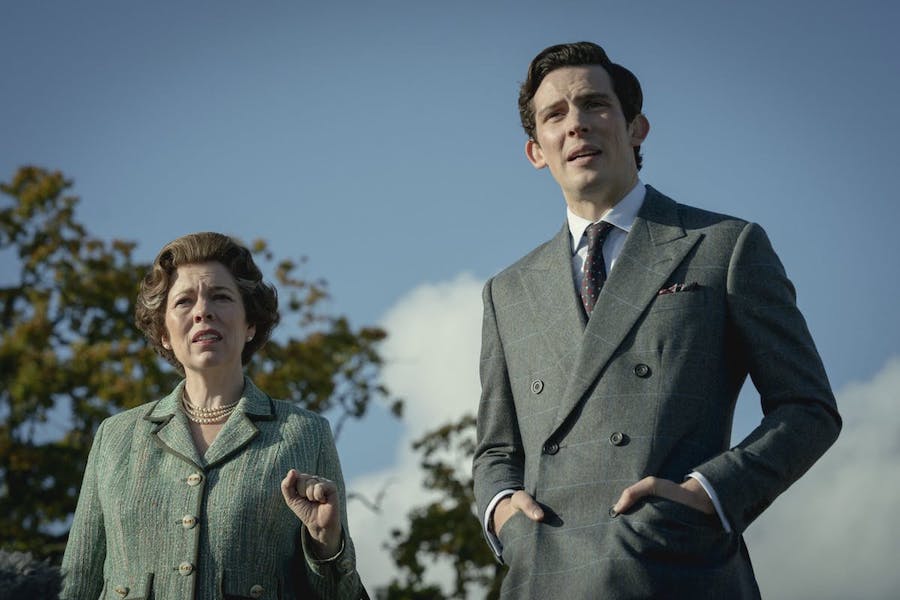 Relationships in ‘The Crown’ have always been rather shaky, with everyone trying to keep their boat afloat in the increasingly stormy weather. In the first couple of seasons, the tension in the marriage of the Queen and Prince Phillip was hinted at. While Phillip indulged in an affair with a ballerina, he also wondered if there was more to the Queen’s relationship with her friend, Porchy. Similarly, Princess Margaret always had a tough time with Lord Snowdon.

Princess Anne, too, tells her mother that her marriage is not perfect either. This delicate imbalance of marriages continues with Charles and Diana, and despite their repeated attempts to come to terms with each other, they fail staggeringly. The events of this episode, make it all the worse for them. If you haven’t seen the show yet, head over to Netflix. SPOILERS AHEAD 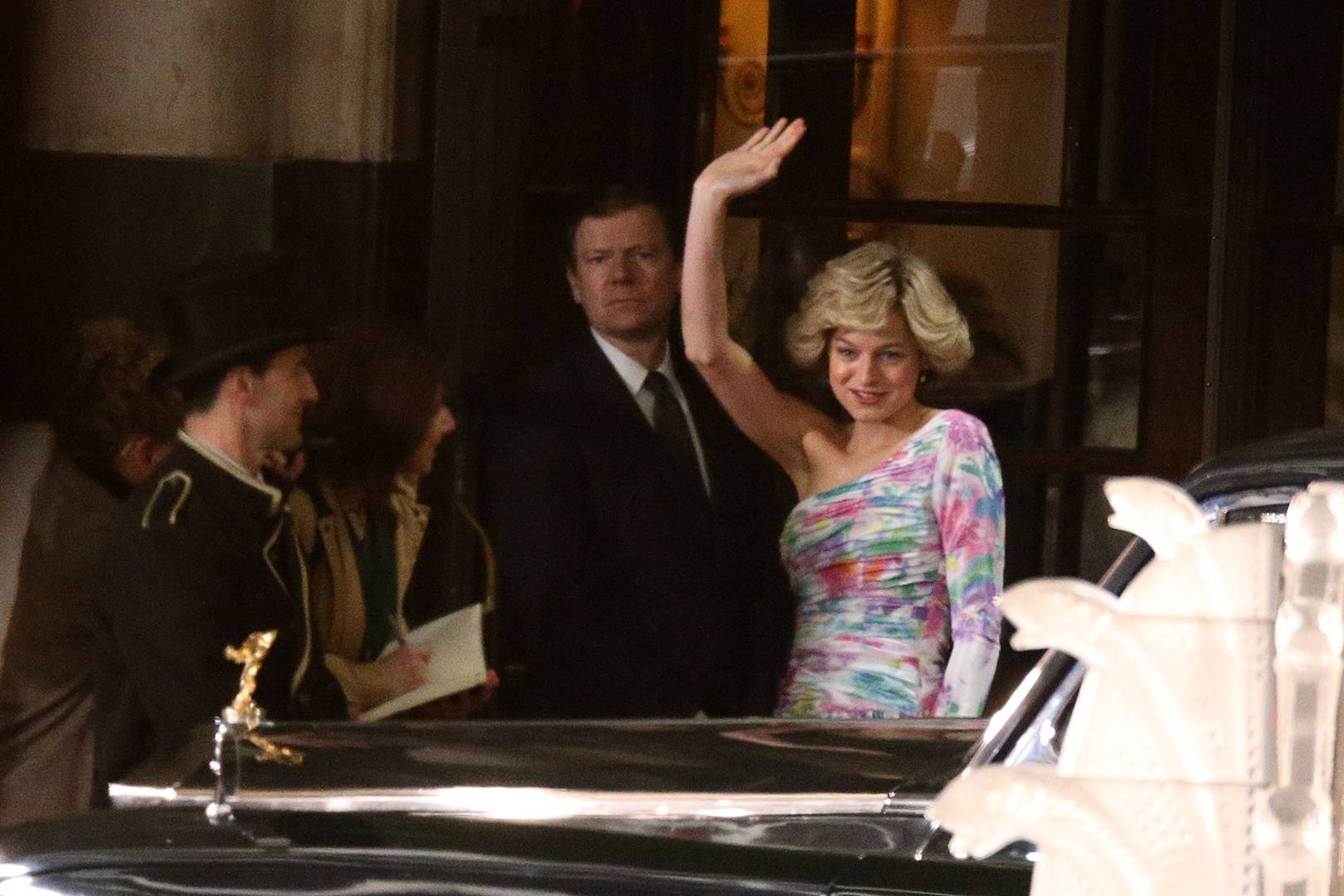 After tackling the difficult relationship between the Queen and the prime minister in the previous episode, ‘The Crown’ turns its attention back to the royal couple. Charles and Diana are having a hard time accepting each other in their lives, and the situation is only getting worse with time. Diana continues to steal the limelight from him, and he doesn’t approve of a lot of things that she tends to be spontaneous about. Both of them get a chance to reevaluate their relationship when Charles comes close to death after getting stuck in an avalanche while skiing.

The Queen comes to know about the state of their marriage and has a meeting with both of them to discuss what they really want from each other and if they can continue this way forever. It is revealed that not only has Charles been unfaithful, in continuing his trysts with Camilla, Diana, too, has found comfort in the arms of others. The accident leads Charles to come to a clear conclusion that it is no one but Camilla that he wants to be with.

Charles becomes restless about being stuck in his unhappy marriage and decides to come clean about it to his mother. However, Diana intends otherwise. The accident makes Diana go over her priorities once again, and she finds how childish both of them have been in making each other unhappy. She assures the Queen that she will let go of all of her affairs and will now be singularly focused on keeping her marriage intact. She expects the same response from Charles, but he has already made up his mind about it.

While Diana tries to work on their marriage, Charles becomes all the more detached from her. He keeps his distance, doesn’t respond to her calls, and never shows any form of affection or compassion towards her. Despite her repeated and sincere attempts to reignite the passion in their marriage, Diana fails to get Charles invested in it as much as she is. Charles knows that Diana can’t keep up with these attempts forever and will finally go back to another one of her affairs one day or another.

Charles vows to use the first misstep of hers as a means to his end – which is to get out of the marriage. Anne tells him that no one in the family wants him to separate from Diana. She says that even Camilla wouldn’t like it, which makes him confront his lover about their prospects. He tells Camilla about his plans to end his marriage with Diana and asks if she would do the same for him?

She expresses some doubt about his being able to break it off with his wife but assures him that she would leave her husband if she ever got the chance to be with him. Soon enough, Charles’ tactics work, and Diana goes back to her affair with Captain Hewitt, whom she had decided to keep at a strict distance. With her one misstep, Charles now has the opportunity to use it to break their marriage for good.

What happened to James Hewitt?

Born in Derry, Northern Ireland, in 1958, James Hewitt’s name came to public attention when his affair with Princess Diana was revealed. They had first met when he was assigned to give her riding lessons, and sometime later, due to the upheavals in her marriage, Diana started an affair with him, which lasted for five years. This episode of ‘The Crown’ focuses on Diana’s attempts to keep her distance from Hewitt while trying to work on her marriage with Charles. However, when Diana’s efforts are not reciprocated, she finds herself drawn back to the Captain.

It paves the way for Diana and Charles’ divorce, but what did it all mean for her lover? What happened to James Hewitt? Having served in the army for about seventeen years, Hewitt retired in March 1994. By this time, he and Diana had broken up. He opened a golf driving range. In 2006, he appeared in the celebrity spin-off of ‘The X-Factor’. He also appeared in one episode of ‘Top Gear.’ In 2003, he tried to sell sixty-four letters written to him by Diana for ten million pounds, an act that brought a lot of criticism towards him.

In 2009, he set up a bar in Spain, which closed down in 2013. In 2017, Hewitt was reported to have suffered from a heart attack and a stroke and recovering well from it. Described as “a natural womanizer” by Ken Wharfe, Diana’s former protection officer in his book ‘Diana: Closely Guarded Secret’, Hewitt is said to have given her “the attention and affection she relished, and then the passion she yearned for.”

A conspiracy theory questions the nature of Diana and Hewitt’s relationship, wondering if the affair evolved to something else. The timing of their affair is brought into the question, and it is believed that Prince Harry was fathered by Hewitt. However, the theory has been vehemently denied by Hewitt. Considering the timeline, the affair had started when Harry had already been born. His birth year is 1984, while Diana and Hewitt didn’t become lovers until 1986.