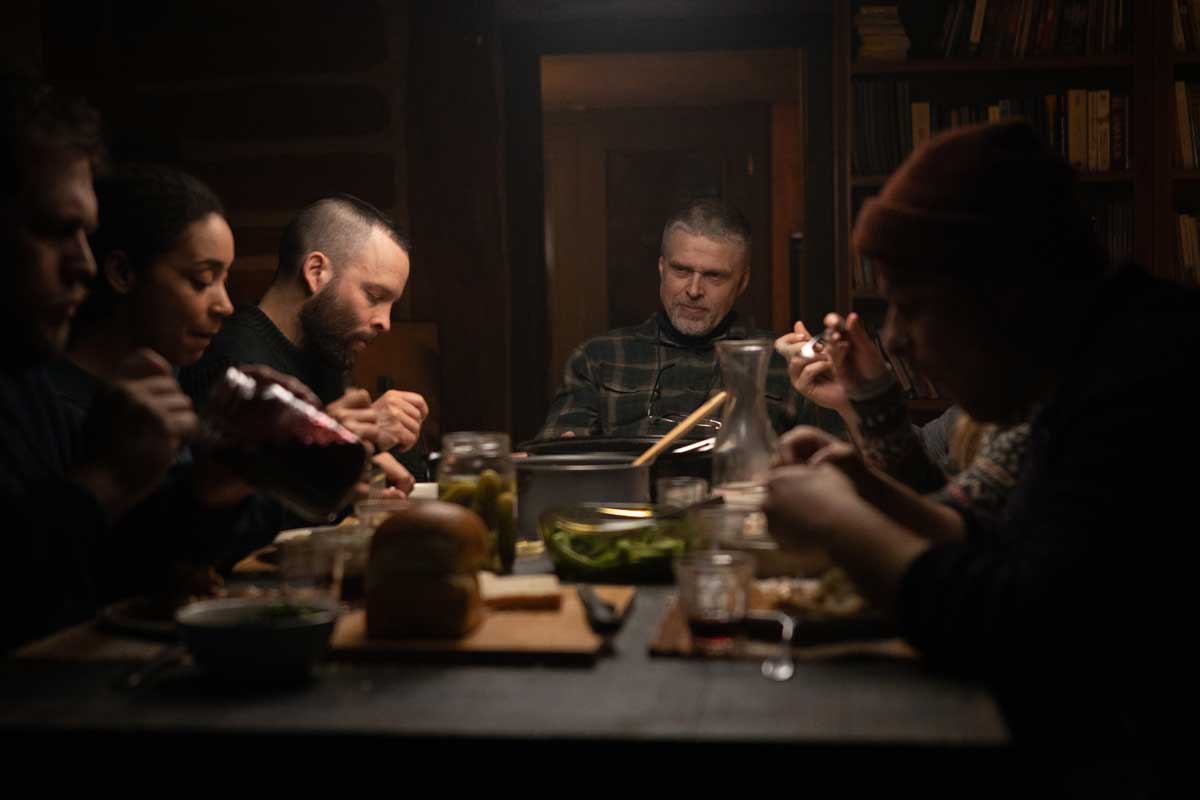 Survival is the most basic instinct of every living being. But what if this instinct itself drives someone right into the face of danger. And when faced with this danger, how many of us would be able to withstand all the pressure and learn to deal with it sensibly.

‘The Decline’ coins these themes and portrays a contrast on how several individuals react to situations of extreme grief and trauma. Although it isn’t conceptually all that deep, there is some sly commentary at play that further heightens its drama. So further down in this article, we’ll be further breaking down the personalities of its characters and how all the events of the movie lead up to its bittersweet ending. 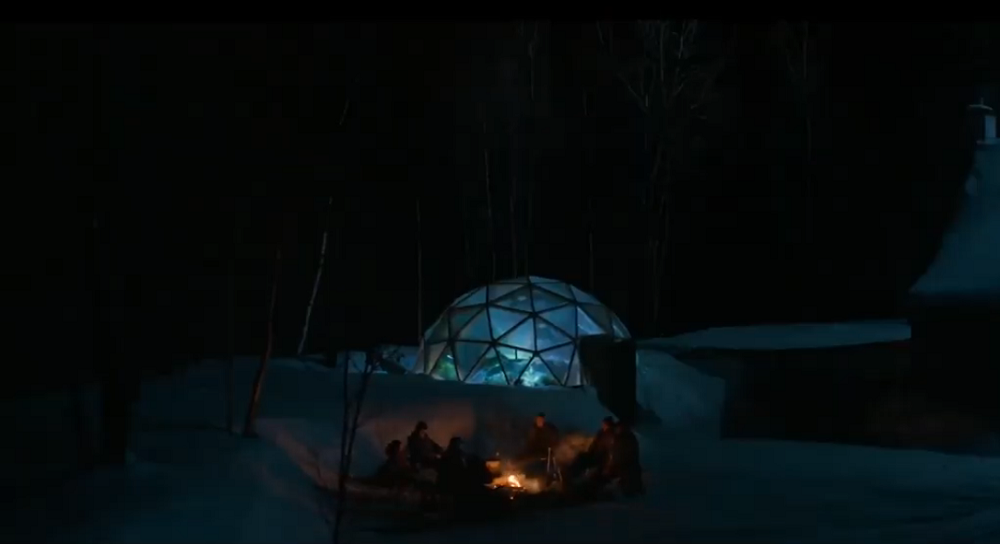 The film begins by first introducing a man named Antoine who follows a survival influencer online and religiously uses his methods to protect his own family from any potential calamities. He even teaches his own daughter how he expects her to react during certain situations and from all of this, you can very well deduce that he’s a harmless man who’s only doing all this for the sake of his family. Soon after this, he joins the influencer, Alain, at his camp to learn more about his methods.

In the early scenes of the movie, it is very well-established that Alain clearly knows what he’s doing but at the same time, he seems to be living in his own world. There’s a particular scene in which he gets really mad at one of the campers just because she leaves the kitchen water running for too long. In this scene itself, it becomes pretty evident that Alain is already living in his self-created simulation where he already believes that he’s surviving in the wilderness with his limited supply of food and water.

Even in the events after this, he keeps preaching about “shit going down” and how he’s prepared for anything out there. He even warns the group that for extreme situations of survival, he has prepared hidden bunkers that are protected by deadly traps in the woods. From this scene, it becomes pretty evident that Alain knows what he’s doing but is absolutely twisted in the head. 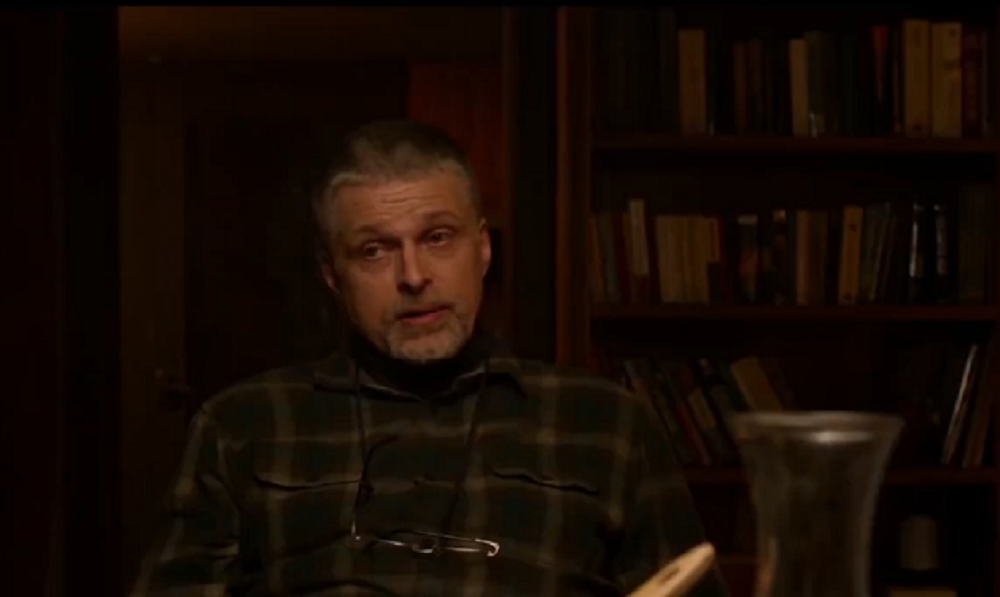 Now if you think about it, it is a possibility that Alain had planned all of it from the beginning itself. Why else would he have a camp full of weapons, traps, and dangerous explosives? He seems to be a level-headed man when all the campers first arrive there but slowly starts to show his hatred for the world outside his camp. He even claims that in the situation of an actual calamity, he wouldn’t mind using his weapons against people who would evade his property.

For a man who seems to be so possessive about what he owns, it almost seems surprising that he would be willing to share any of it with anyone else. So it is a possibility that he had intentionally loaded François’s box with explosives. Although this is not directly suggested in the movie, he probably wanted to put himself and all the other campers in a real simulation where all of them could experience survival at its best. Even after the first camper’s death, he defies everything that the other campers suggest and burns his body. Thus, calling out war on everyone.

Along with him, even David seems to share the same sick notions of survival. Earlier in the movie, there’s a scene in which David’s mindset is foreshadowed. He claims that if he had to, he would kill anyone who would try to invade his home and then hang his/her body on a tree as an example, just to make sure that no one else dares to mess with him. This shows how messed up he is in the head and this is probably the reason why he chooses to stick with Alain instead of getting out of the camp with the rest of the group. 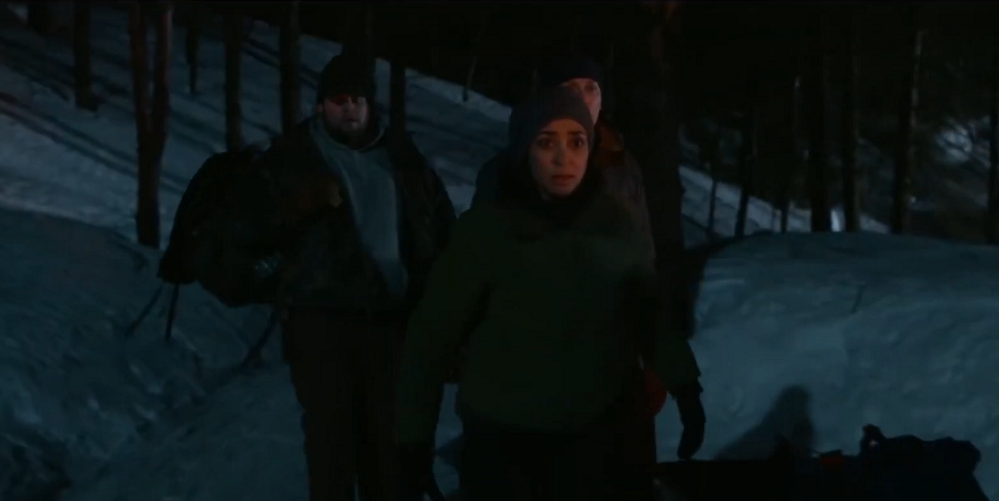 Only Rachel and Antoine are able to make it out alive and they also manage to find their car. But it turns out that David was already waiting for them there. He openly fires at the car and one of his bullets hits Antoine right in the head. He dies right there and this really pisses off Rachel as David had saved her life earlier. Previously in the movie, it was established that she’s no ordinary girl and has a whole lot of training in combat sports. It was also suggested that she served in the army for a while. Using her past experiences, Rachel easily kills David and then heads to the camp to completely destroy it.

In the next scene, Alain can be seen regretting his decision to even initiate this camp. When he heads back, he learns that Rachel is already starting to burn everything there. Realizing that he may not stand a chance against Rachel, he tries to convince her that they can peacefully end this. But more determined than ever now, Rachel does not stop. In the end, she does not kill him but leaves him in a completely immobile state. In the closing scene, she can be seen taking Alain to the city. With this, the film ends with quite an optimistic conclusion.

The ending also shows how Alain is forced to face the reality of survival after his own plan backfired on him. All this while, he believed that he was some survival expert who could get through anything. But throughout the runtime of the film, as things start to go haywire, he realizes that sometimes, absolutely no amount of preparation or expertise is enough for what lies ahead.