The Devil Inside Ending, Explained

‘The Devil Inside’ is a 2012 found-footage horror film that follows Isabella as she explores the mysterious circumstances surrounding a triple murder committed by her mother 20 years ago. Taking along a camera operator to document her investigation, Isabella delves deep into the world of demonic possessions with the help of two priests who are exorcism experts.

The ending of director William Brent Bell’s mockumentary-style horror film is notoriously abrupt and has often been a point of discussion among audiences. So what actually happens in the frantic closing scenes of ‘The Devil Inside,’ and where does that leave Isabella? Let’s find out! SPOILERS AHEAD.

The Devil Inside Plot Synopsis

The film opens in 1989, where a team of policemen investigates the site of a violent crime. They find the dead bodies of two priests and a nun, all brutally murdered, before discovering the home’s resident, Maria Rossi, in the loft. Soon, Maria is convicted of a triple murder but is sent to a mental institution due to her apparent instability. Though it is mentioned in passing that Maria killed the clergymen while they were performing an exorcism on her, the detail stays off the record.

We are then taken 20 years ahead, to 2009, when Maria’s grown daughter attempts to piece together what happened to her mother. By now, on the order of the Vatican, Maria has been moved to an institution in Rome, Italy. Her daughter Isabella attends a class about exorcisms organized by the Vatican and befriends Fathers Ben and David. In order to help her better understand the differences between mental illness and demonic possessions, the two renegade priests, who often undertake exorcisms outside the knowledge of the Church, offer to take Isabella along to one of their proceedings.

Eventually, Ben and David are able to get permission to examine Maria at the mental institution, and the two are astounded by the findings. Maria seems to be channeling a particularly powerful demon and violently attacks the priests before falling back into a stupor. Unbeknownst to them, the demon seemingly latches on to Father David, who, soon after, tries to drown an infant while performing a baptism. During the subsequent standoff with the police, the priest wrestles one of their guns away and shoots himself in the head.

The Devil Inside Ending: Does Isabella Die? What About Her Cameraman Michael?

Following Father David’s death, the demon targets Isabella, who loses consciousness and has to be rushed to the hospital. There, the girl quickly overpowers an unsuspecting nurse and kills her. Meanwhile, Father Ben contacts an exorcism specialist from the Vatican and arranges for Isabella to be brought to him. He and Michael then subdue her and drive her out of the hospital towards the Vatican. 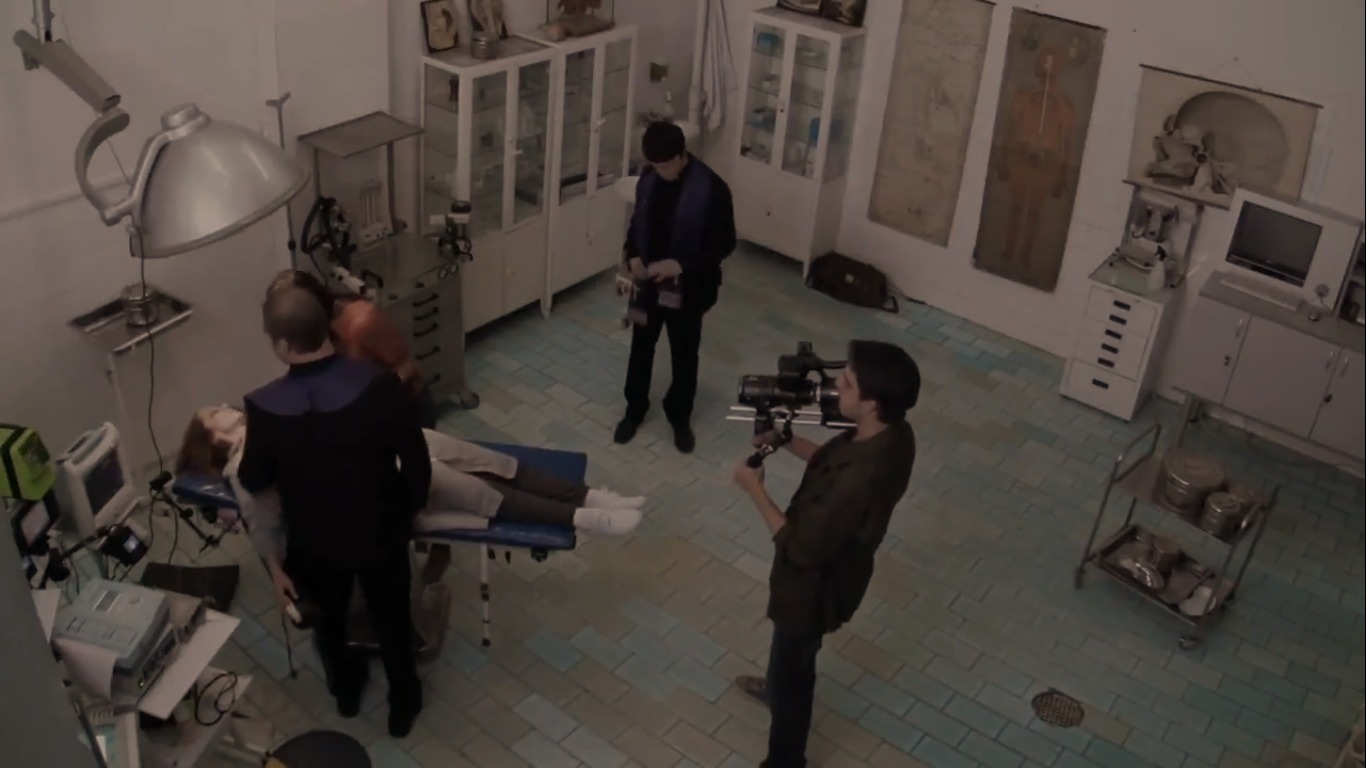 En route, Isabella begins to regain consciousness and has to be exorcised in the car. As Father Ben finally subdues her, Michael, who is driving, begins to go into a stupor. In the film’s closing scenes, Michael unbuckles his seatbelt and drives into an oncoming car. After a few scenes of the car tumbling multiple times, we catch a glimpse of all three bodies motionless inside. The film then closes with a caption saying that the Rossi case remains unsolved.

A website is also mentioned that those curious about the case can visit for further information. The film’s abrupt ending leaves a lot of questions unanswered, the foremost of which is what happens to Isabella and Micheal. From what we see, a few outcomes are possible. First, seeing as Michael unbuckles his seatbelt and plows into speeding oncoming traffic, there is a high chance that he is dead. Isabella is also not wearing a seatbelt and is most likely killed in the accident.

However, there are a few details that say otherwise. For one, despite such a brutal crash, there seems to be no visible harm to Michael and Isabella. Furthermore, the film portrays individuals who are possessed in grotesque, contorted positions that would be fatal to any regular person. However, victims of possession seem to be able to survive such physical trauma.

Considering both Michael and Isabella were under the influences of demonic possession, it is possible that the entity actually helped them survive the accident. Therefore, there is a chance that the two are alive, though if that is the case, they are both still likely possessed, which is not much better. Lastly, the closing caption that mentions the Rossi case still being unsolved would apply to both cases — the two being dead or alive and possessed.

Father David unsuspectingly becomes a victim to the demon initially possessing Maria, who jumps into his body. After shockingly trying to drown a baby during a Baptism ceremony in front of a church full of people, the priest comes home and begins to display clear signs of being possessed. When the police arrive, David manages to wrestle a gun away from one of them and shoots himself through the head, saying “Thank you” to Ben. Therefore, Father David is clearly dead. 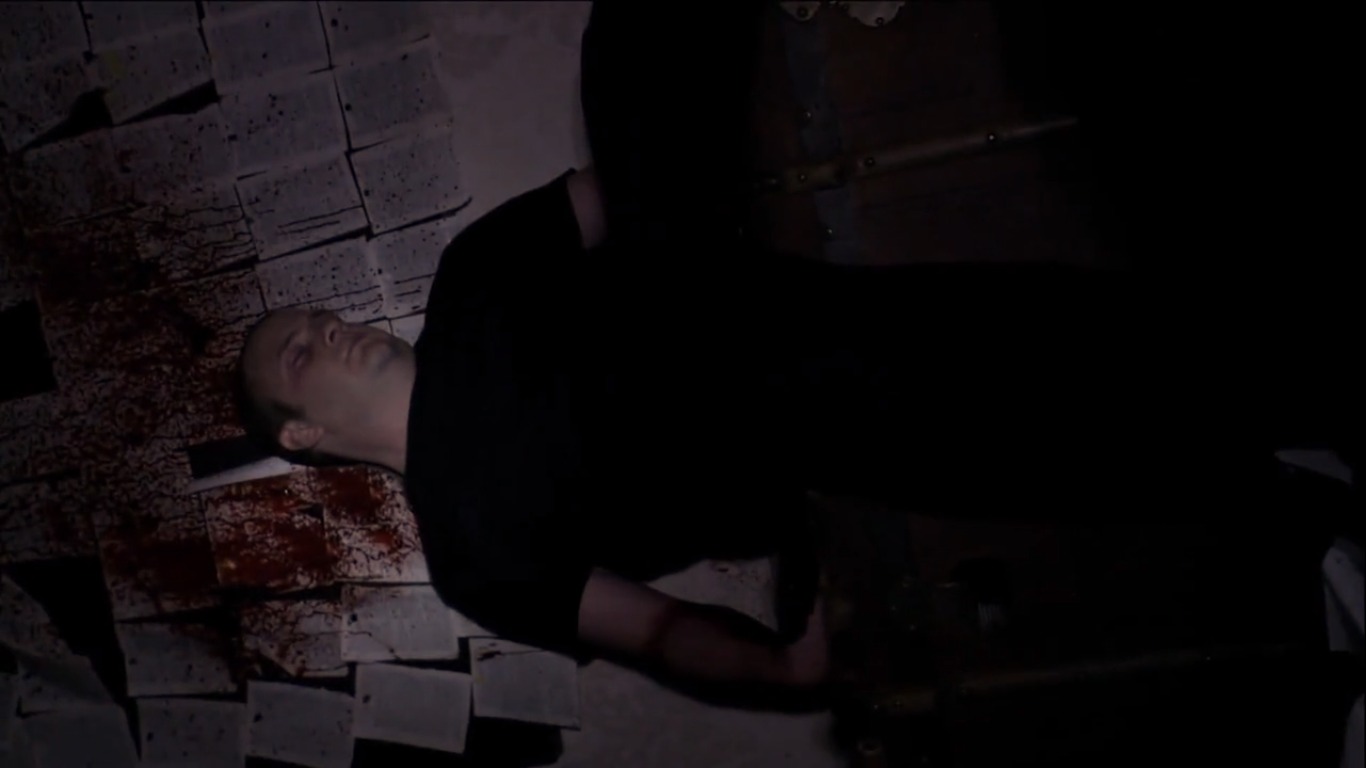 Whether Father Ben is dead is not specified in the film, and the priest is last seen battling the possessed Isabella before their car crashes. Once again, seeing the severity of the crash, it is almost certain Father Ben is dead. Additionally, the postscript that says that the Rossi case remains unsolved hints that everyone involved in it died. Father Ben was an exorcism expert and knew more than anyone else about Isabella and her mother’s case. Therefore, it is possible, had he lived, he might have been able to help with the investigation.

Furthermore, the demon is particularly vicious in its attacks against Father Ben, possibly because he seemed to be the more forceful of the two priests during exorcisms. The demon also mentions Father Ben’s uncle, suggesting that the priest and the demon have encountered each other earlier. Hence, there is a possibility that the entity possessed Michael specifically to crash the car so that Father Ben would die. Though not confirmed, almost all signs point to the fact that Father Ben is dead.

What Happens to Maria Rossi?

Isabella’s mother, Maria Rossi, is the original victim of demonic possession and has seemingly been under the entity’s influence for 20 years since the time she committed the triple murder while being possessed. Though her fate is left unspecified, she is still most likely possessed.

As Father Ben discovers when he hears her speaking in multiple voices (4 to be exact), the entity in control of Maria has disciples. We also see the entity almost simultaneously possess both Isabella and Michael. Therefore, there is a good chance that Maria remains possessed even while the entity spreads to her daughter and her associates.

The website seen at the end of the film comes with a disclaimer stating that those interested in knowing more about the Rossi investigation can visit it. The site is not real and is part of the film’s overall marketing strategy. It is meant to add to the realism factor of the found-footage horror film and is possibly positioned as an option for those not satisfied by the film’s abrupt ending. The website was seemingly taken down in 2013, but archived versions of it are still available online.

Read More: Is The Devil Inside Based on a True Story?