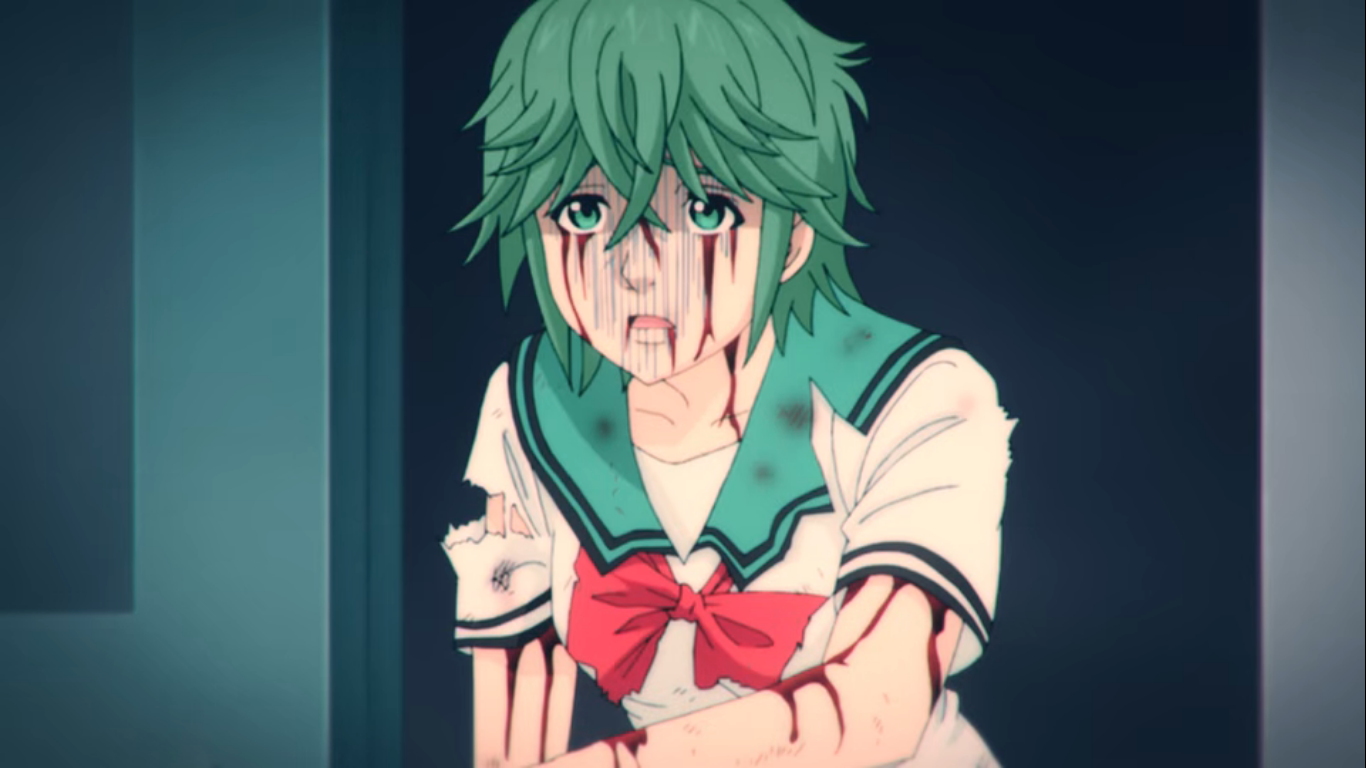 In any visual form of entertainment, substituting character development is often taken as a crutch, but ‘Saiki K’ makes up for its lack of it by using its inventive stream-of-consciousness style narrative that grows on you with each episode. Unlike its predecessors that were split into four different arcs, Episode 4 follows a more consequential storyline.

By changing in its format in pretty much every episode now, ‘The Disastrous Life of Saiki K’  has managed to keep things quite refreshing. Moreover, often when it is least expected, the anime just adds more and more to its world to prevent it from getting exhaustive in any way. Not to mention, because of the natural flow of its storyline, one can also notice some character development in this episode; it isn’t linear, though.

The episode kicks off with the introduction of a whole new character named Suzumiya who is a new transfer student at the academy. Reita reveals it to Saiki that she, too, is an ESP of some sort. He then describes all the events of her first day to him and proves that her bad luck is at an ESP level and if any even tries to go close to her, some of her bad luck will all spread on to them. Following this, Saiki, Mikoto, and Reita are forced to face a series of unfortunate events after Suzumiya starts hanging out with them.

Soon, using highly deductive and observational skills, Saiki discovers that Suzumiya’s bad luck can somehow be neutralized if she stays with Sato. Sato is seemingly an average guy of the class who has neither faced any severe misfortunes nor has he been too successful at anything. So for a guy who always tends to be average all the time, Suzumiya’s bad luck charm neither works in his favor nor does it work against him. At the end of the day, instead of Saiki, its Sato who ends up saving the day.

There is also another short midway through the episode that highlights Saiki’s relationship with Mikoto, who is another psychic like him. But unlike Saiki, she believes using her abilities for the betterment of the world around her. Saiki even tries to convince her that her openness about her powers will eventually get her into some deep trouble. But she just dismisses him and becomes a professional fortune-teller. After her initial success, she gets confronted by a group of gangsters who ask her to find a treasure for her. This is when Saiki shows up and deals with them. With this, just like Teruhashi, she, too, falls for him.

As uncaring as Saiki may always seem, he somehow manages to find himself in the middle of everyone else’s shitstorm. Episode 4 is a culmination of all the instances where, though he does not care about anything but Coffee Jellies, he is always forced to use his abilities to protect the ones around him. He first looks out for Reita and saves him from the new transfer student, he then even saves Mikoto from the mob of gangsters and then he finally manages to find a worthy partner for Suzumiya.

Think about it, compared to all the eerie people who surround him, if you completely ignore his nagging criticism of the world, he is somewhat of a hero. To an extent, Saiki K reminds me of Deadpool as both of these “heroes” tend to break the fourth wall and boast about their superior abilities. Or maybe, just maybe, his ability to interact with as viewers is just another one his superpowers.

Although I wasn’t chuckling over the ridiculous comedy of this episode, I found myself enjoying its actual storyline for once. Episode 4 meticulously devises a sci-fi parody which even pokes fun at the infamous ‘Final Destination’ series. It does a take backseat in context with Saiki’s one-liners but the glorious chaos and all the sight gags that it presents are enough to keep you entertained.