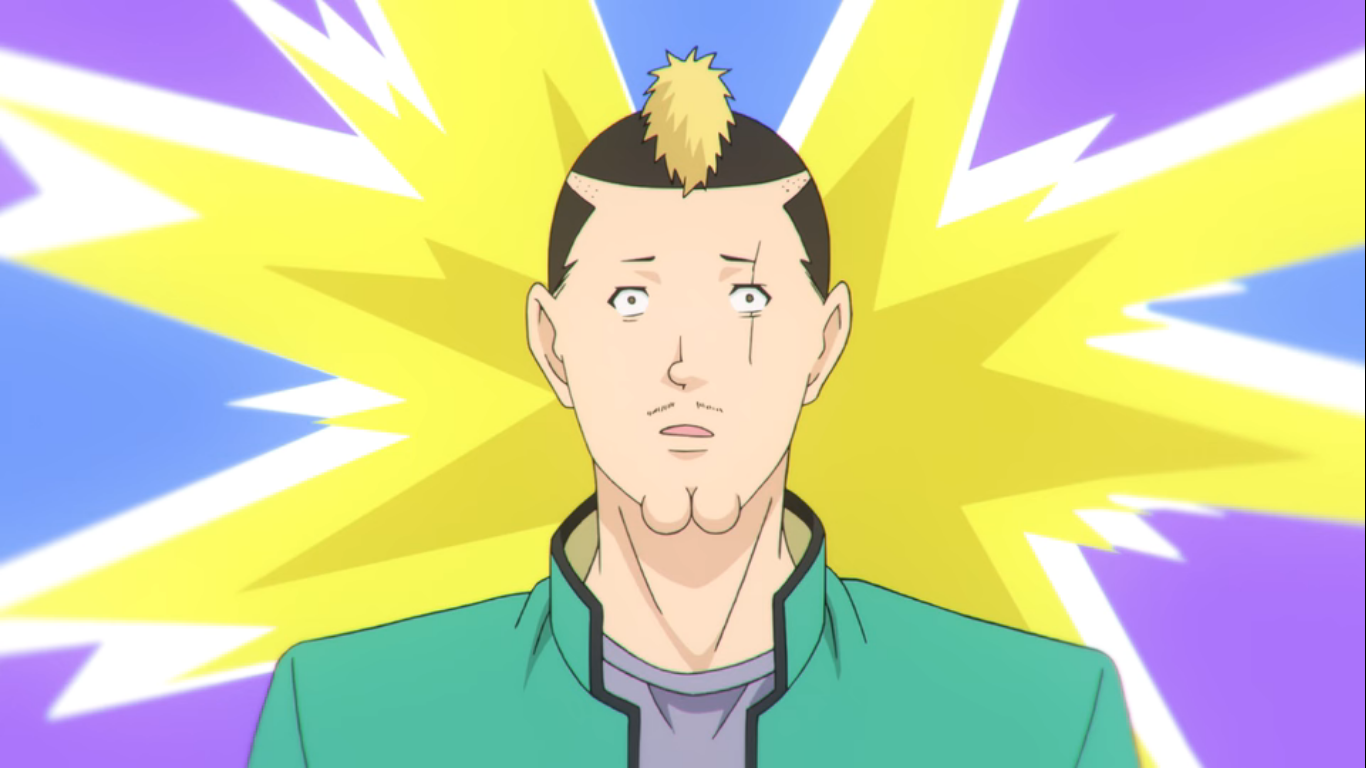 The comedy in most anime shows—especially the ones with typical high school setups—revolves around lecherous dudes getting beaten up tsundere female characters. While these slapstick tropes of comedy can be funny at times, as an outsider, it can be hard to wrap your head around these. This where ‘Saiki K’ stands out from most others.

It can be downright ridiculous at times and even heavily relies on randomness, but what makes it such a fun series to watch is how disses out the unoriginality of all the similar shows by completely deconstructing them and then using these predictable dynamics to create something even more hilarious. To put it simply, ‘Saiki K’ perfectly translates humor in a way that is understandable for most viewers. Episode 5, in a similar fashion, involves new notions revolving around escape rooms, Sherlock, bullying and whole arc about a “love” competition between two characters.

The teacher who was initially being perceived as perverted now manages to get along with all of his students. Saiki realizes that, for some strange reason, the teacher is really concerned about Nendou. His growing paranoia around Nendou’s mental health gets the best of him and he soon starts imagining all the scenarios in which all of his other classmates might be bullying him. With the intention of helping him out, yet again, he comes off as a stalker to all the students, and to his dismay, he isn’t able to do anything about the “bullying” as well.

Meanwhile, Nendou gets left behind when all the others plan to visit nearby Escape Room. Knowing that he’s extremely dumb, the boys just dismiss him and ask Saiki if he would like to join them.  But when Saiki says no, they are forced to take Nendou with them. Saiki heads back home and uses his clairvoyance to track the boys. It turns out that they never even reached the escape room and instead, got stuck in the elevator of an abandoned apartment. Out of pity, as always, Saiki saves the day by dropping them subtle hints to help them escape.

In the next short, a new character named Akachi is introduced, who used to be in the same class as Saiki back in elementary school. The kid turns out to be really talkative, but to Saiki’s surprise, his deductive skills prove to be far better than his own. In the final short, a competition ensues between Reita and Sato as both of them try to get Suzumiya’s attention. Knowing that only Sato can neutralize Suzumiya’s misfortunes, he asks Reita to back off.

However, driven by his own jealousy, he stops at nothing. Soon they discover that Reita’s guardian angel has been totally slacking off at his job and that’s the reason why she’s always surrounded by misfortune. They even ask Akachi to use his superior deductive abilities to understand what’s truly wrong with him. With this, they grant the guardian angel a better life and he realizes that he must protect Suzumiya. In the end, though Reita takes all the credit, it’s Saiki who saves the day.

Each character is ‘Saiki K.’ is, in some ways, a representation of some stereotype. For instance, Kokomi very well fits the stereotype of the class representative as she is seemingly “perfect” on the inside and the outside. But Saiki’s psychic nuance, which allows him to listen to her thoughts, shows the reality of her character and adds a whole new layer to it. In a similar fashion, except for Nendou, Saiki uses his abilities to make us aware of all the potential motives of each of the main characters. This, in turn, affects the overall narrative of the show, making his abilities a mere framing device for it. Each arc of the fifth episode is all about Saiki using his myriad of abilities to refine the lives of all the half-witted characters around him.

Moreover, the episode also cleverly brings in some pop-culture nods by making references to escape rooms and drawing similarities between Akachi and Sherlock. The 5-minute window of each of these shorts is a little problematic as it squeezes in several jokes. But it’s appreciable how, so far, the anime has been able to create some links between the overarching plot and the shorts of each episode. Five episodes in and as much as I’m entrained by Saiki’s jaded cynicism and unadulterated dread, there is a limit to the amount of content I can consume from a show like this one. As much as I love the comedy aspect of it, I’m a bit turned off by its lack of depth. But that’s just me.