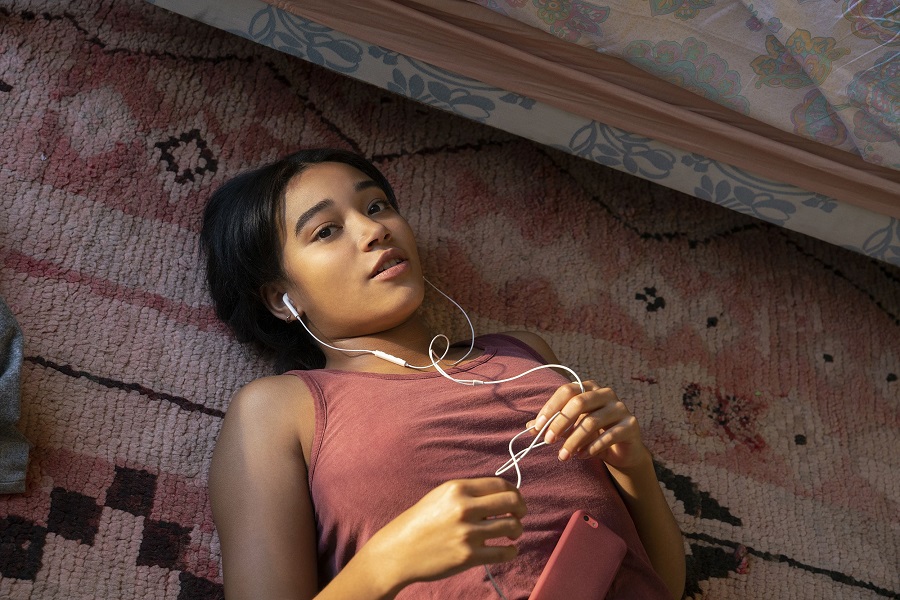 The second episode of ‘The Eddy’ shifts the perspective to Julie. Her arrival in the first episode had seemed a normal event- a daughter visiting her father. However, there is more to it and a lot more to her. In the last episode, she had expressed her wish to not go back to New York; not without him, at least. Considering the events, at first, it had looked like she wanted to be there for him after his friend’s death. It could also be perceived as an attempt to stay close to her father and build a better bond with him in the process. Her intentions, however, run deeper than that.

Julie joins the school in Paris but finds it difficult to blend it. She doesn’t have any friends in school, but at the club, she meets Sim. Elliot remains busy with the band, still not satisfied with their version of his song. His pestering upsets Maya, and she leaves the session midway. The rest of the band disperses too. The cops come by The Eddy to look into the books of the club. Elliot still doesn’t tell them about the men whom they owed the money.

In the evening, Julie comes on to Sim after getting drunk. When he refuses to indulge her, she leaves the club; her phone left behind. She looks for cocaine while her father frantically searches for her, and when unable to do so, he is forced to take a difficult step.

On her first day of school, we find Julie sticking out of the crowd. The fact that she can’t speak French properly isn’t the problem with her. An Irish girl, Beatrice, tries to reach out to her, but Julie is not interested in her friendship. This pronounces her sense of isolation, which is what she had probably felt back in the States as well. Further down the road, she befriends Sim, who works at the club. She tries to find some carefree adventures with him, founded on her own conceptions of him.

We also come to know more about why she had to leave New York. She had been living there with her mother and her stepfather. After the death of her brother, which is what drove apart her parents, she fell into cocaine and had barely made it out of that addiction when she did something that sullied any goodwill she might have had. She was convinced that her stepfather did not have good intentions towards her, so she took the initiative to see if he had it in him to take it that far. This action did not sit well with her mother, and she was sent off to Paris.

Finding herself all alone, once again, she tries to jump back into drugs. No friends, no parent paying attention to her- the only escape remains in her tried and tested method. The episode plays on the different moods of Julie, her tone changing throughout the episode, like the music of it. Amandla Stenberg gets to go deeper into her role and exhibits the different contrasts with a balanced act. She presents Julie’s disinterest in getting involved with others with as much intensity as her desire to be accepted somewhere, to have someone by her side.

As the audience comes to know more about her troubles, Elliot, too, recognizes his daughter’s unsettled state. The last time he had not paid attention to someone close to him while they were in trouble, he ended up with a dead friend. He can’t do the same with his daughter, especially when he is in a state of paranoia himself. He lands himself in a very precarious situation by the end of the episode. In his efforts to keep everyone, as well as his club, safe, he creates a trap for himself, which will only complicate things in the coming episodes.

Read More: Is The Eddy Based on a True Story?