‘The End of the Tour’: Quietly Spectacular ! 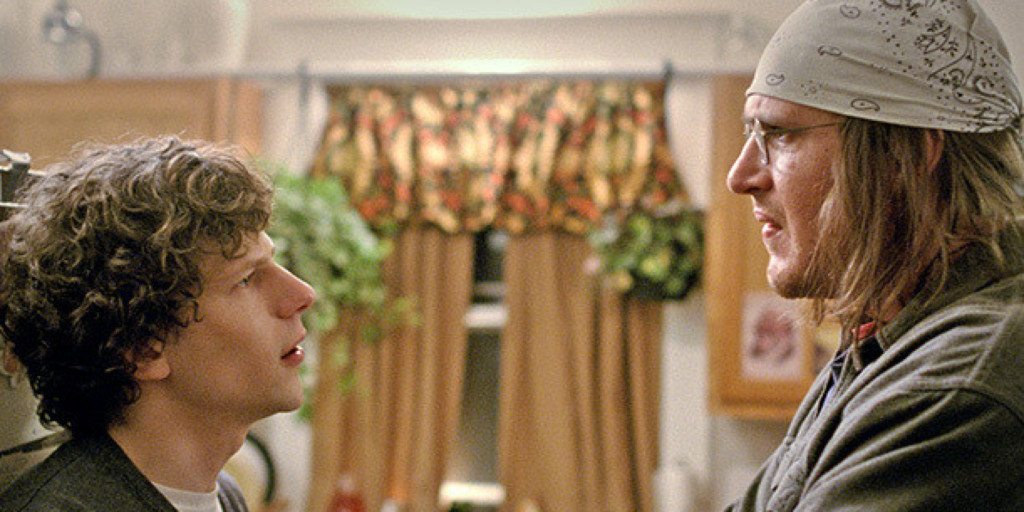 We had a barrage of original films last year. While some left their mark permanently, and will be hailed as classics in a few years (Mad Max: Fury Road), some were just good enough and may not be remembered a some years down the line. In all the brouhaha, a film edged past not getting much traction in the mainstream awards circuit. It still featured in numerous “Best of” lists. I’m talking about the quietly spectacular, Jason Segel and Jesse Eisenberg starrer, “The End of the Tour”.

“The End of the Tour” is about the life of the legendary writer David Foster Wallace. Based on the memoir “Although Of Course You End up Becoming Yourself” penned by David Lipsky, the movie is less of a road trip and more a moody speculation on existence itself.

Anyone who has an interest in English (especially American) literature has probably heard of the tragic story of David Foster Wallace. A genius and a recluse, he was plagued with depression, and ended his life on September 12, 2008, just 46 years of age. His path breaking novel “Infinite Jest” is widely regarded as one of the best pieces of post-modern metafiction.

Shortly after the publication of the seminal work, writer and New York journalist David Lipsky visits Wallace for an interview. Wallace, while initially skeptical, consents to give the interview. While initially, their discussions range from dogs to musicians to fame in general, they soon start to take a darker turn. David Lipsky is torn between gathering the facts for his newspaper and getting to know the man behind the enigma on a personal level. One wouldn’t expect Jesse Eisenberg to give such a nuanced performance, but the he delivers here, expertly transitioning from a stoic, detached newspaperman, to someone who connects with a subject on a deep, personal level. We can see that it’s difficult for him to juggle this act.

Jason Segel delivers the performance of his lifetime, and, in my opinion, the best performance of last year. There is a sadness in his eyes whenever he delivers his lines, but behind them there is a vast, dark abyss from where it is nigh impossible to come out. We know that he is tortured, and deeply suffering in his own nihilism. He frequently talks about the grotesque, information overloaded age we are living in, and we know that it bother him. He still maintains a saintly façade while talking to Lipsky, only occasionally displaying his anger when he suspects that the interviewer is flirting with his old friend. I am not an expert on David Foster Wallace and won’t even start to assume if the film does justice to him. But there is enough maturity and expertise in Segel’s performance to make us believe that he is living the character.

The film itself is dialogue heavy, but is still a delight to watch. The conversations between both the writers are the conversations inside our own heads, laid bare. There is no sense of urgency in the screenplay, because the calm, soothing overtones of the landscape pull you in. A near perfect film, one doesn’t need to know about David Foster Wallace in order to enjoy its intricacies. It’s a meditation on life itself, and you see life unfold.