‘The Exorcist’ is the Best Horror Movie Ever Made. Here’s Why. 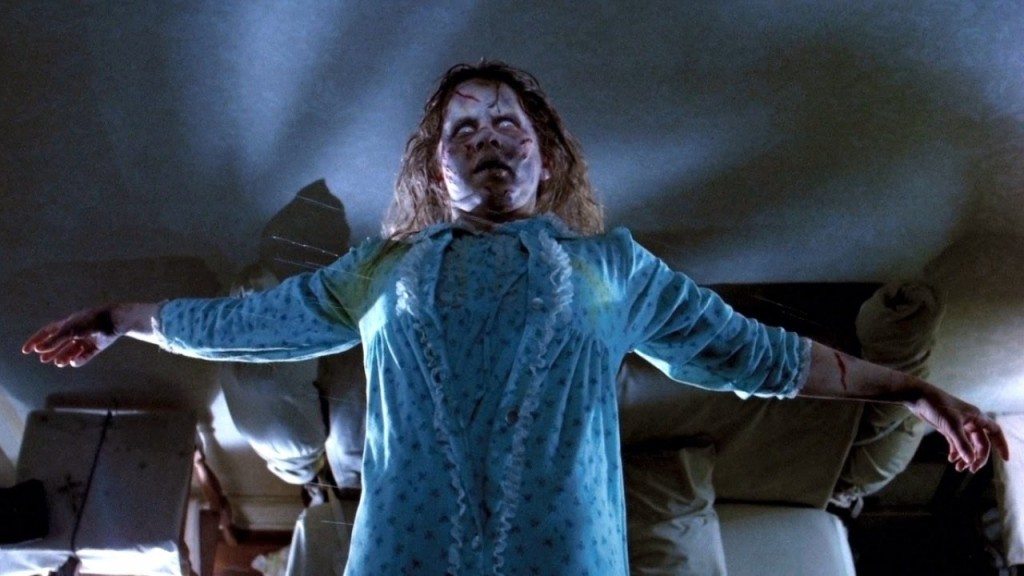 The Exorcist (1973) would become a sensation in 1973, lines formed around the block to see the horror film, and very quickly it became one of the highest grossing films of all time. It was also attacked for being merely gross, with its scenes of projectile vomiting, and other horrific sequences in its depiction of demonic possession. There had been nothing like The Exorcist (1973) before, ever, and to say it raised the bar on horror cinema is an under statement. The horror cinema had already changed dramatically in the sixties with the release of Psycho (1960) which made it clear the monsters lurking in the dark did not have to be supernatural, they could be the nice looking young man running a quiet hotel.

Nothing was more, is more frightening than realism.

There exists in the creed of the Catholic Church a belief in demonic possession and exorcism. There were as many people that believed in God in the seventies as they did in the devil, and no one saw it as supernatural, it was very real. Thus there was a reality attached to The Exorcist (1973) that was built in with religion. If God exists, surely the devil does, and evil has manifested itself in such people as Caligula, Rasputin, Hitler, Stalin, and Osama Bin Laden. Why not demonic possession? 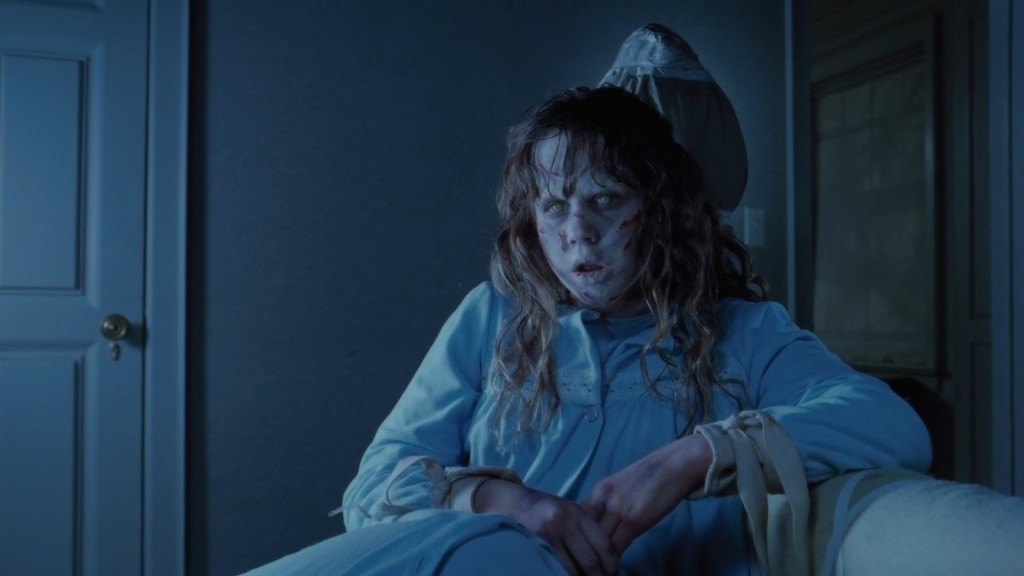 When Warner Brothers bought the book, they knew they had a hot property on their hands, and approached recent Oscar winner William Friedkin, who had just won an Oscar for The French Connection (1971) to bring that same sort of gritty realism to the horror film. Friedkin went after all the A stars in Hollywood, Marlon Brando, Jane Fonda, Anne Bancroft, everyone, but no one wanted to be associated with a horror movie. So instead of casting stars, he cast little known actors and people he believed in.

If he managed to cast a star it was up and coming Ellen Burstyn, a method actress and Oscar nominee for The Last Picture Show (1971). Burtstyn was joined in the film by Swedish actor Max Von Sydow as Father Merrin, the exorcist himself. Though he asked Al Pacino and Dustin Hoffman to play Father Karras, the key role in the film both refused and he went with as playwright, Jason Miller who had won the Pulitzer Prize for his play That Championship Season which he would bring to the screen twelve years later. As the child afflicted Friedkin cast twelve year old Linda Blair, who could have no idea her entire life was about to change with her performance in the film. For the voice of the demon, Friedkin asked an old friend, actress Mercedes MacCambridge to do the role and she agreed.  Rounding out the cast were Lee J. Cobb as Detective Kinderman, the kindly cop investigating a murder connected to the exorcism, and Kitty Winn, best known for A Panic in Needle Park (1971), was cast as the housekeeper for Burstyn’s character.

The production was a troubled one, constant issues kept coming into play, and the complicated special effects at the time gave the actors and directors nightmares. Further, one of the sets was built in a refrigeration container to recreate the intense cold of the child’s room during the height of the possession. Burstyn was badly injured and would be impacted for the rest of her life with back troubles when she was pulled violently off a bed, and she and Friedkin had an affair that ended badly.

The film was different than any horror film ever made, and the recreation of the possession and exorcism was startling, terrifying, and in some views appalling in its realism. There was as mentioned projectile vomiting, spitting thick yellow spittle, the slamming of the bed which jarred anyone on it, the levitation during the exorcism. Most frightening and which drew the most controversy was the vulgar language which exploded out of the child, and a scene in which she violently masturbates with a crucifix before throwing her mother across the room. These were the moments that truly terrified audiences. There were reports of audiences running for the doors, vomiting in the cinemas, and mass walk outs, yet none of that deterred audiences, they kept going.

Critics were divided on the film, some hailing it a masterpiece, others attacking the director for using cheap and exploitive tactics to frighten the audience. They discovered quickly that everything in the film, everything used by the director had been reported happening in 1949 and at other reported exorcisms previous to that. The Catholic Church weighed in stating that what Friedkin and Blatty had created was, according to their history accurate.

For all the thunder and lightning in the film, what was truly frightening was the constant walk to the girls bedroom. One just never knew what they were going to experience on the other side of that door, and that was terrifying. As the two priests or her mother walked toward the room of the child the tension was unbearable, we might hear sounds from the other side of the door, we just never knew what to expect.

The transformation of the cherub like Blair from Regan to the demon was genuinely terrifying, as her face oozed pus from the dried cracks and sores, her voice became something gritty and horrific, and there were sounds that came with the voice that sounded like others speaking with her. Her body was wasting away, yet her eyes were bright and alert, focusing on the person in front of her like a predator, playing vicious mind games with them, seeming to know all about them.

The performances of the actors were tremendous and greatly effective in making the film work. Best of all was the playwright, Jason Millder, superb as the haunted Karras, questioning his faith at a time when he needs it worse, dealing with an exorcism while mourning his mothers death, alone in Brooklyn. He bonds with Chris (Burstyn) as a friend, and is fiercely dedicated to saving her daughter, so much so that when the demon manages to kill Father Merrin, giving him a heart attack, Karras attacks her, demanding that it come into him. We that happen, however briefly before he throws himself out a window, killing the demon and himself.

Ellen Burstyn was superb as Chris, the actress wth a transient life who makes the best of it with her daughter Regan, also well played by Blair. The terror we see in Chris as doctor after doctor is stumped is genuine, leading her to the priest.

There was something gently regal in Father Merrin as portrayed by Max Von Sydow, a confidence in dealing with the demon that no one else had. Though in his forties when he portrayed the seventy five year old Merrin, he was perfect in the part.

The Exorcist (1973) received ten Academy Award nominations, the first ever horror film nominated for Best Picture, and won four Golden Globes before the Oscars making it the front runner. However it ran into the juggernaut of The Sting (1973) on Oscar night and came away with just two awards, Best Screenplay for William Peter Blatty and Best Sound. It was not even nominated for effects or make up, which was criminal.

The film spawned sequels and prequels, but none matched the class and the brilliance of ‘The Exorcist’. Horror was never the same after ‘The Exorcist’. It is truly the best horror film ever made.