‘The Family Man’ season 2 sees the return of the duty-bound father-of-two and secret agent Srikant Tiwari. The show, which raises the stakes significantly in its follow-up season, sees its protagonist faced with insurmountable odds both on national security and his home fronts. With 2 sinister terrorist groups joining hands and Tiwari facing a crisis not just with his wife but also with his daughter, it seems all of the dogged agent’s problems have been doubled. The show’s signature web of realistic and complex geopolitics continues to get more intricate as well. Let’s take a look at the ending of ‘The Family Man’ season 2 and make sure we got everything in its (literally) explosive finale. SPOILERS AHEAD.

‘The Family Man’ season 2 opens at a rebel base in northern Sri Lanka which is soon seen getting raided by the authorities. The leaders of the rebel forces, Bhaskar and his younger brother Subbu escape to India, where they are not wanted criminals. At the request of the Sri Lankan President, however, the Indian Prime Minister agrees to capture Subbu, who is a wanted rebel in Sri Lanka.

Soon after, whilst being transported in custody, Subbu is killed in a blast by Sajid, a terrorist operative from season 1. Thinking the Indian Prime Minister Basu is behind the death of his brother, Bhaskar swears revenge and activates his few remaining loyal rebel forces. One of them, Raji, is a skilled rebel pilot who lost her family in the Sri Lankan Civil War and is now bloodthirsty for revenge.

We then catch up with Srikant Tiwari, who, since the events of the previous season, has quit the intelligence agency TASC and now has a much higher paying, albeit frustrating, corporate job. Despite this and Tiwari’s attempts at being more involved with the family, Suchi continues to be distant, and the two decide to go for couple’s therapy, with disastrous results. After a particularly bitter fight, Tiwari quits his job and returns to the agency, and Suchi rejoins her old company, where she is colleagues with suspected flame Arvind.

Meanwhile, Bhaskar is in London, where he has tied up with Major Sameer, a former member of the Pakistani ISI who has in the past attacked India. Together, they hatch a plan to assassinate the Indian Prime Minister during the upcoming bilateral talks with the Sri Lankan President in the South Indian city of Chennai. Tiwari and TASC soon learn about the plot and begin to track Bhaskar’s rebel force’s movements. 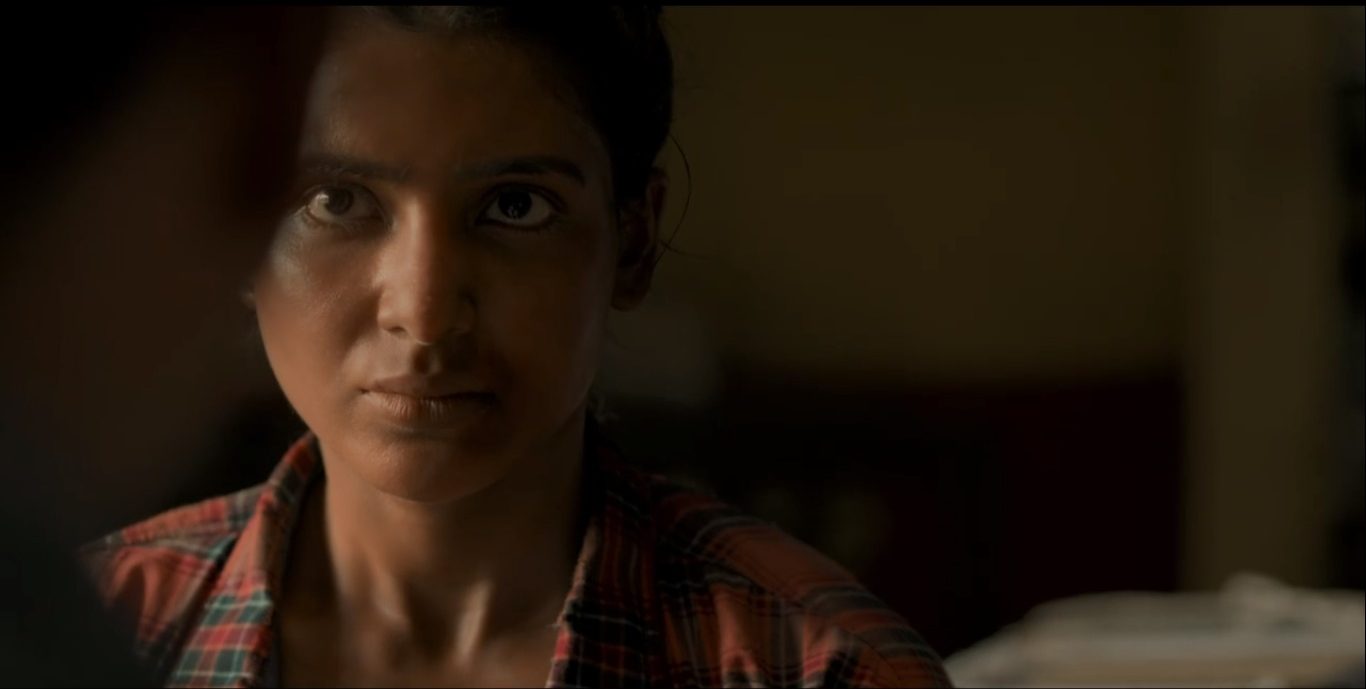 They are even able to briefly capture Raji, who, being a pilot, is crucial to the rebels’ plan of flying a plane packed with explosives into the summit attended by both country’s premiers. However, in a violent shootout that leaves many police officers and Tiwari’s colleague Milind dead, Raji escapes, and soon after, Tiwari gets the chilling news that his daughter has been kidnapped.

Realizing that his daughter has been kidnapped by his old nemesis Sajid, Tiwari rushes to console his wife and throws the entire strength of the intelligence community into finding their daughter. She is soon found, and Sajid is killed in the rescue operation. However, by then, the rebels’ plans are well on their way as Raji prepares the explosive-laden plane for their mission. The TASC agents, with Tiwari in the lead, locate the rebels and apprehend the plane. After a breathless shootout during which Raji takes off, the plane is finally shot down by Tiwari and his men, killing the rebel pilot and destroying their stock of explosives.

The TASC team members are commended by the Prime Minister for their bravery and receive medals. Reunited with his family at home, Tiwari asks Suchi if they can finish the conversation they were having before their fight. Suchi begins to tell her husband something, most likely about her infidelity with her colleague Arvind, but what she says and Tiwari’s reaction to it are left unknown. In the closing scenes of season 2, the story jumps to 2021, where the Covid-19 pandemic is briefly described. We then see a mysterious man sitting in a darkened room in front of a laptop, communicating in Chinese. He types that the entire country is distracted at the moment and asks about “Project Guan Yu,” which his anonymous handler says has been activated.

Following a theme of raising the stakes from the initial season, the show now closes with not one but 2 cliffhangers. The one involving the mysterious Chinese plan is a cliffhanger about a new aspect of the story. However, Suchi’s incomplete sentence at the end of the show alludes to a long-standing mystery from season 1 that threatens to break up Tiwari’s precious family. Though it is still unknown whether Suchi and her colleague Arvind slept together during a work trip to Lonavala, the secret agent’s wife is shown feeling extremely guilty throughout season 2 for whatever she has done.

Therefore, it is to finally reveal exactly what happened between her and Arvind that Suchi begins to speak. Considering, as hinted by her defensive outbursts whenever Arvind is mentioned, that Suchi slept with Arvind and comes clean to Tiwari about it, the future of the family man’s domestic life will depend on how he reacts to the news. If we go by what Suchi’s counselor repeatedly told her, then by telling her husband, Suchi has essentially ended her marriage.

However, that prognosis was based on the counselor meeting Tiwari near the beginning of season 2. Since then, the intelligence agent has gone through multiple grueling experiences, including losing his colleagues to terrorists and having his daughter kidnapped. Hence, Suchi might have found Tiwari at a time where the last thing he wants is more conflict, and they could end up making their peace and moving on from Suchi’s brief infidelity.

Despite Tiwari describing himself as a traditional man who believes in an “old-fashioned” marriage, we see him adapting to his wife’s needs when she suggests that they go on a break. Hence, Tiwari is seen placing more importance on his relationship than his ego, and, most likely, his reaction to what Suchi is about to say will be tempered with his painful experiences from his recent past. We can, therefore, rest assured that Tiwari’s marriage, though on the rocks, isn’t over just yet.

What is Project Guan Yu?

The other cliffhanger involves a mysterious Chinese project called Guan Yu, which, it appears, is already underway. Taking place amidst the chaos of the 2021 Covid-19 pandemic, which, as stated by the shadowy figure seen in the closing scenes, is distracting the country, the mission is hinted at taking place in the North-East Indian state of Arunachal Pradesh. Considering this is the cliffhanger for a potential future season, not too many details are portrayed. However, the backdrop of the mission seems to be based on the friction between the two countries. 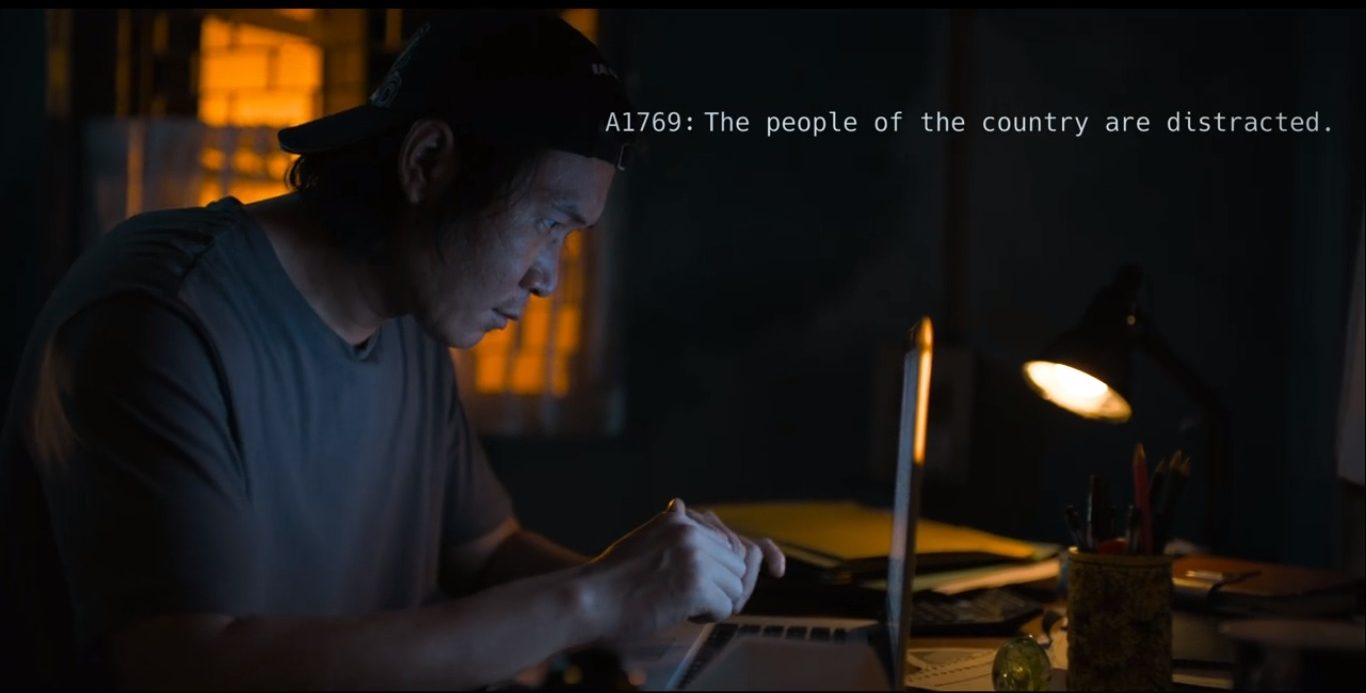 For now, we know that the ominous plot involves tools — most likely weapons — that are known as the “Phoenix.” It is interesting to note that despite Project Guan Yu appearing to be a completely separate terror plot, it might feature the insidious Major Sameer, who has been an integral part of both the anti-India terror plots that we’ve seen so far. It is likely that Sameer, if not already involved, will find a way to become a part of Project Guan Yu and make it all the more sinister. This also augers hard times ahead for Tiwari, whom Sameer has had in his sights after the former thwarted his plans twice.

Chellam is the enigmatic character that comes to Tiwari’s rescue at times when the agent is completely at a loss for what to do next, something we see happen quite a few times during the ordeal that he undergoes in season 2. Generally in the habit of sleuthing for himself, it is quite rare to see Tiwari taking advice so unquestioningly from someone. However, finding himself in parts of southern India where even language is a barrier, combined with the fact that he is up against highly trained rebels who were a part of one the most dangerous terrorist organizations in the world, Tiwari gets some much-needed direction from Chellam.

Just before contacting him for the first time, Tiwari briefly mentions to his colleague JK that Chellam is a celebrated agent who undertook multiple missions during Sri Lanka’s civil war. Hence, he is intimately familiar with many details about the rebels’ modus operandi, including their routes, tactics, and most importantly, the locations of their safe houses, which he hands over to Tiwari. Chellam, who became good friends with the exiled military politician Bhaskar during the war, is also instrumental in solving the hostage situation involving Bhaskar’s younger brother Subbu.

Following Subbu’s violent death, Chellam goes underground but continues to help Tiwari. After the defeat of the rebels, and with the focus of the battle now expected to move to the north-eastern part of the country, it is unclear whether Chellam’s advice will continue to be useful to Tiwari. That being said, without Chellam’s help, it is very unlikely that Tiwari and his men could have defeated the rebels.

Read More: Shows Like The Family Man You Must See