The Girl From Oslo Ending, Explained 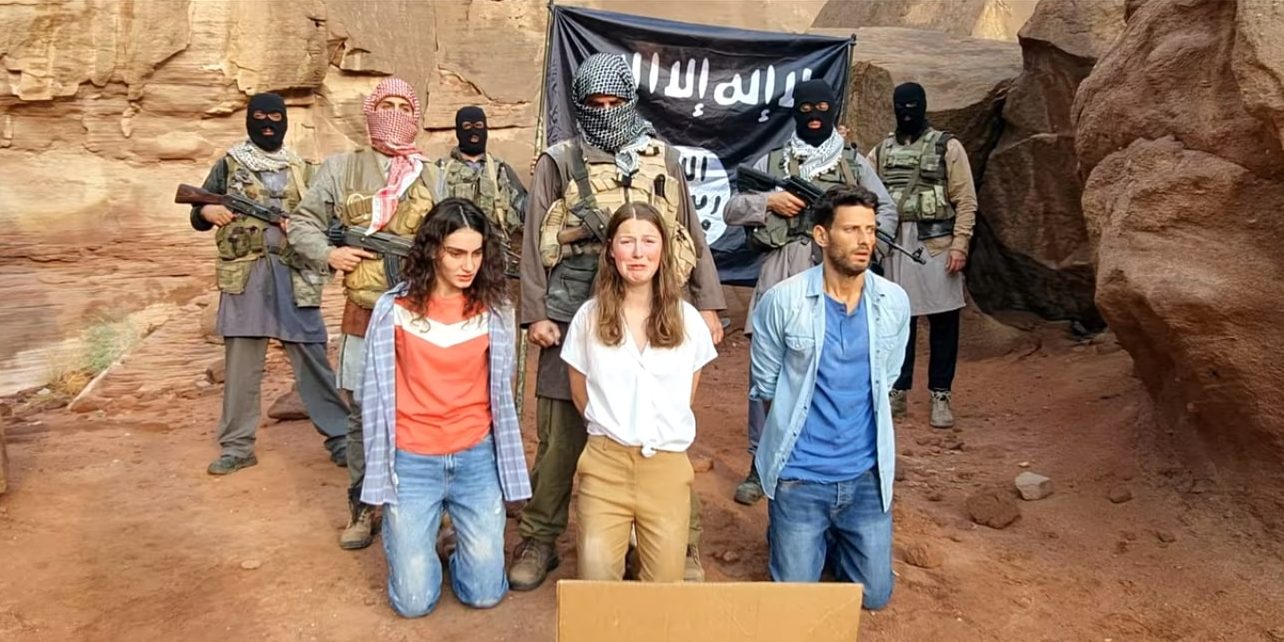 How far would you go to save your family? The Hebrew-Norwegian bilingual original thriller series ‘The Girl From Oslo’ (originally titled, ‘Bortfort’) plunges the audiences deep into a world razed by terrorist threats and political conflict. Creators Kyrre Holm Johannessen and Ronit Weiss-Berkowitz weave a tale of brooding intrigue that keeps the viewers on edge at all times.

Pia travels to Israel searching for her biological father, but little does she suspect that ISIS would hold her hostage. Alex, Pia’s mother, does everything in her power to save her daughter from the terrorists. Deep beneath its violent militant backdrop, this is a story of a generational conflict. Let us now take you back into the contested territories if you seek to recollect the rushed final moments. SPOILERS AHEAD.

The Girl from Oslo Recap

Alex and her husband Karl are worried when their daughter Pia leaves for Israel to celebrate her birthday. Pia meets guitarist Nadav and his sister Noa on her birthday on Sinai beach. After buying a bracelet, they get a return transport. However, ISIS intercepts the vehicle en route and takes them hostage. After giving it some thought, Alex flies to Jerusalem and meets her old friend Arik Shor at the embassy, who shows her the video from ISIS. 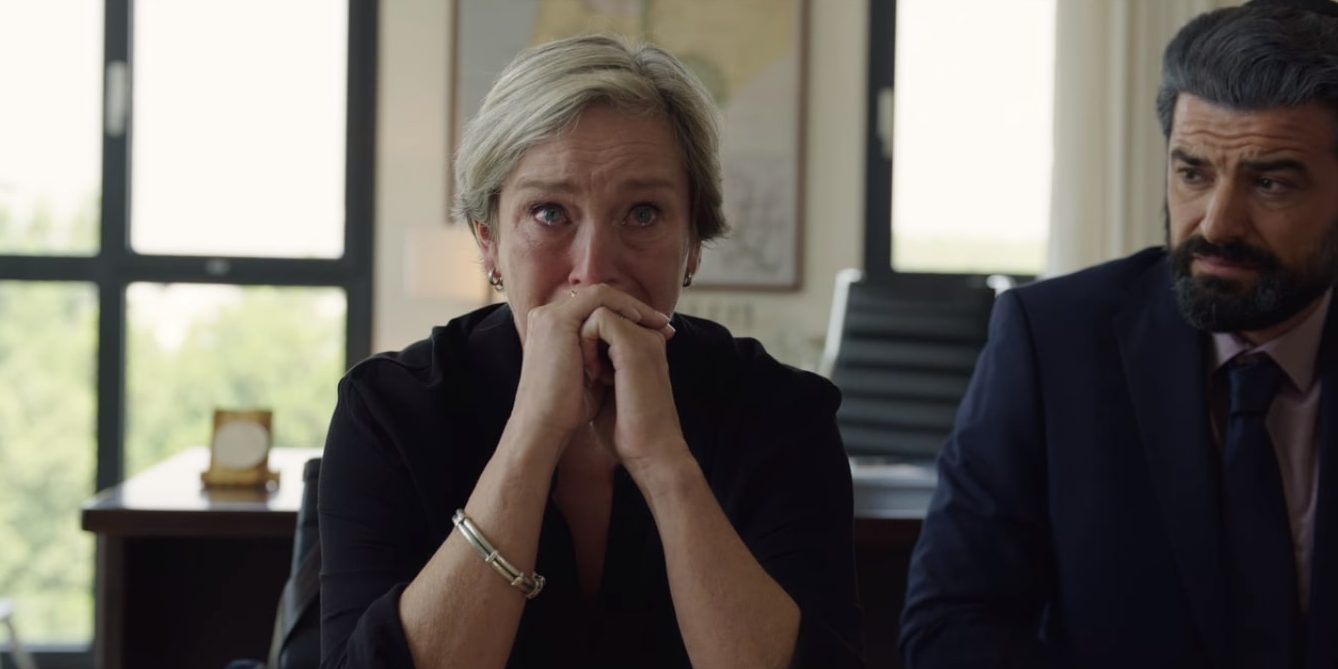 The terrorists demand the release of Abu Salim, a terrorist banged up in a Norwegian Prison, and 12 ISIS members serving a sentence in Israel. While Karl deals with police officers in Norway, Alex drives to Arik’s home for a confrontation. She lets out that Arik is Pia’s father. Arik avoids the topic and is uneasy at the dining table. Meanwhile, when the abductees are on the move at the dead of night, Pia escapes the vehicle and lays low in the barren valley.

When Arik does not seem helpful, Alex leaves for Gaza to meet another of her bureaucrat friends, Doctor Layla Al-Kelani. Meanwhile, Arik goes to Grant, his contact in Egyptian intelligence, to devise a rescue plan. Despite the risk, Grant agrees, for he owes Arik for a last favor. Meanwhile, Pia gets water at a stable in the middle of nowhere, but the locals do not understand English, and neither do they have a phone.

At the sight of the ISIS vehicles, Pia flees the scene. Karl willingly walks into a trap when he contacts Sidi, whose fanatic group is in league with ISIS. They ask Karl to fight the case of Abu Salim. With his back against the wall, Karl accepts the proposition. Layla takes Alex to meet Bashir, the leader of Hamas. They face hostility when Alex pushes her agenda. Back at home, Layla talks about how her son, Yusuf, has changed since the death of her husband. But Yusuf turns out to be an ISIS member.

Meanwhile, ISIS recaptures Pia from the Sinai valley. The Israeli government zooms in on the terrorists, and Arik sends the coordinates to Grant and his team. They jam the footage before inspecting the cave, for the government does not approve the operation. Grant and the crew reach the cave to find that the bird has flown. Karl and his law firm gear up to fight the case of Abu Salim. When Karl calls Salim a terrorist, Salim reminds him of how Norwegians were once considered terrorists by Germans. 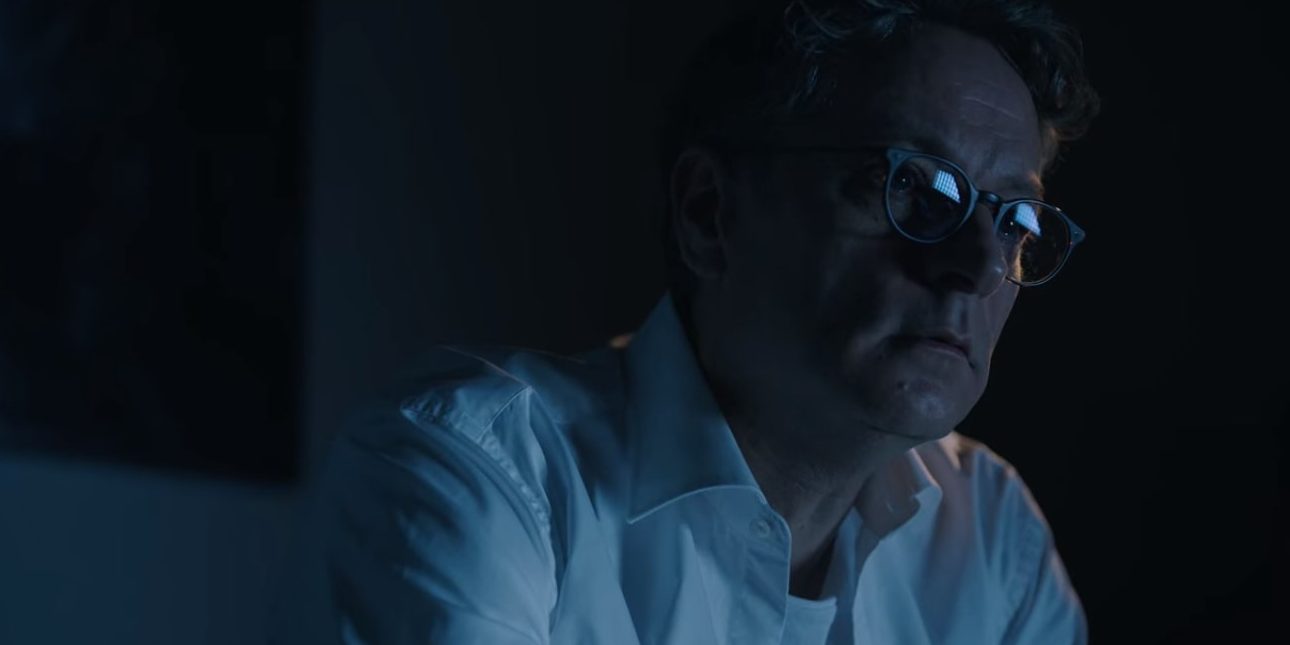 Arik’s son, Oren, flees from the oppressive training camp and seeks a job at the intelligence. Anat, the mother of Nadav and Noa, meets Alex at the hotel. Together, they launch a campaign to get their children released. On the other hand, Arik has a debate with his children at the dinner table, where he stresses that the government would not negotiate with terrorists even if the hostages were Arik’s children.

When Alex calls Arik, he hints at the ongoing operation. The next call is from Grant, who has located the hostages. When Grant and his team engage with the terrorists, they walk right into a literal landmine. At the sight of more enemy troops, they retreat from the operation. Arik asks them to keep the process a secret since he can lose his job for treason. However, Grant and his team kill some ISIS members, and the hostages face the consequences. They publish a video slaughtering Noa, and Anat is overwhelmed by the loss.

Alex goes back to Bashir to spill that Arik is Pia’s father, and they can benefit from using the information carefully. Although reluctant, Bashir agrees since he cannot have Abu Salim, the man who put him in a wheelchair, roam free. After knowing Yusuf’s case from Layla, he asks Layla to convince Yusuf to free the prisoners in exchange for Yusuf’s reintegration into society. The intelligence suspects Arik of calling the cards for the suicide mission. However, to save Arik from the backlash, Alex takes the blame.

Hamas sends Arik a note, asking Israel to stop the Gaza bombings. Israeli drones hover over the valley, and Yusuf’s dedication to the cause seems to be dwindling. ISIS goes on air again, making Pia read a transcript asking Israel to stop the drone activity. Sensing the situation getting out of hand, Yusuf calls up Layla. Layla asks him to come back with the hostages. Pia and Nadav do not have any reason to trust Yusuf, but he seems repentant enough for the death of Noa. They head to a defunct facility outside Rafaa, where they take the tunnel to Gaza. However, Yusuf’s miscalculation proves disastrous for the trio, as they walk out of ISIS into a Hamas prison cell. While they are tossed around, is there an end to the violence?

The Girl from Oslo Ending: Is Yusuf Dead or Alive?

Yusuf is a crucial player in the unfolding drama. He is the son of Layla, a friend of Alex from the 1993 peace talks. Before coming to Sinai, Pia calls Layla to know if it is safe. Yusuf overhears the conversation and spills it to Ali, the ISIS leader. After killing Noa, Yusuf has a change of heart. He calls up his mother for guidance, and Layla asks him to bring the hostages back to Gaza. We see him changing sides instantly, but we come to realize that he is a disillusioned youth who wants to fight for his country.

Hamas does not trust him and holds him captive with Pia and Nadav. After Arik and Hamas come to an agreement, Hamas attempts to rescue the prisoners to safety. Yusuf gets a shot at redemption, but Karim, Bashir’s right-hand man, has other plans. They do not go to the meeting point as planned. The car veers off its destined path as Karim has cut a deal with Ali to hand the prisoners back to ISIS. When Hamas and ISIS militants start firing rounds, Yusuf takes cover with Pia and Nadav.

He tells them the way to the meeting point, and Pia leaves with Nadav. Karim comes around to find the hostages gone, and he asks Yusuf to bring them back. Caught between a rock and a hard place, Yusuf resorts to his gun. But the weapon, as Karim divulges, is a replica. When Grant and his troop come around to contain the scenario, they discover Yusuf dead. They check for pulses, say a prayer, and move on to find Ali. Ali is killed in the encounter, while Karim goes back to Hamas to fulfill the plan of ISIS. Meanwhile, Yusuf becomes a martyr to the sporadic violence.

Are Pia and Nadav Safe?

Grant and the team rescue Pia and Nadav out of the mayhem. Thanks to Yusuf’s information, Pia and Nadav reach the rendezvous point. Although, they cannot escape Ali, as he holds them hostage for the third time. Grant and company skillfully carry out the operation, shoot the militants down, and rescue the duo. With the threat of Ali gone, they reach the border in no time. Pia takes Nadav out of the woods in the finale’s final moments. 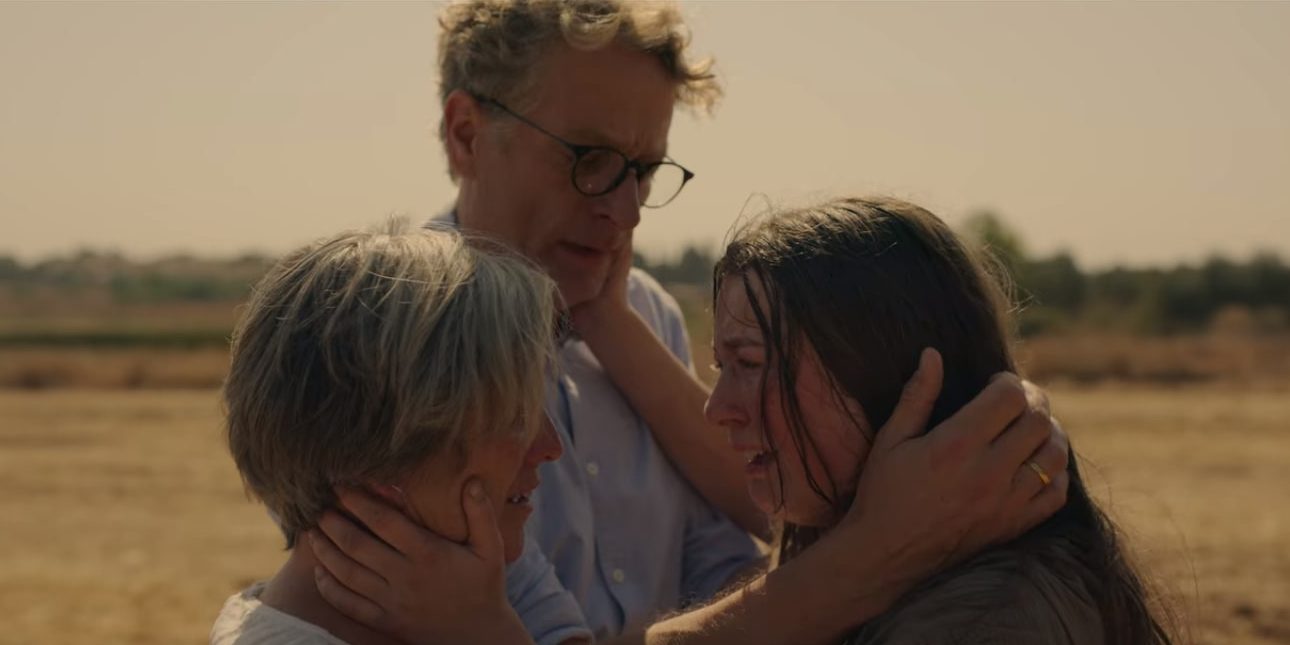 Alex and Karl are waiting at the border, and they are relieved to find their daughter alive. Pia embraces Arik, who was the reason behind her coming to Israel. Seemingly, Arik saves his family, and so does Alex. Nadav also returns to his parents at the campaigning tent. Nadav’s estranged father embraces him. The family reunites, albeit with the blank space of Noa, marring some of their happiness.

Does Israel Cease The Gaza Bombings?

Despite his militant associations, Bashir comes off as a benevolent leader who wants the suffering of his people to stop. When Arik does not agree to transfer the 12 ISIS prisoners to a Hamas prison, Bashir demands a cease-fire in Gaza. After the agreement, Arik pitches the cease-fire option to his ministry. Arik’s fellow cabinet ministers do not think it to be a good idea. However, Arik persuades army chief Mosh to stop the bombings for 24 hours.

The window gives them enough time to pull out the hostages from enemy territory. When the bombings stop, Bashir believes that Arik has kept his part of the deal. However, we can presume that they resume the bombings after 24 hours since Arik gets a call from Bashir in the story’s final moments. Layla has made a video of Arik promising a cease-fire, which Bashir sends to Arik. With the drastic turn of events, the story comes to an impasse. However, we may hope that Arik does what it takes to save his family.

Read More: Is The Girl From Oslo Based on A True Story?