The Haunting in Connecticut 2 Ending, Explained 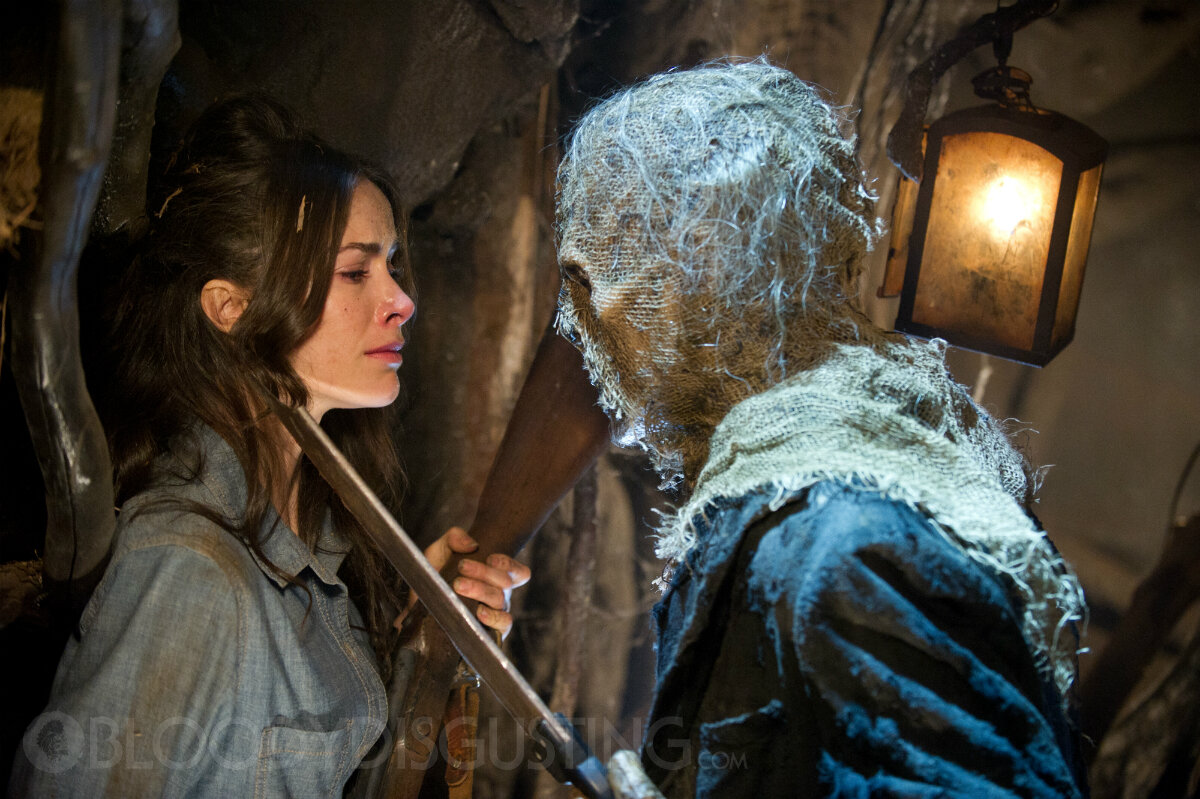 The second entry in ‘The Haunting of Connecticut’ franchise, ‘The Haunting in Connecticut 2: Ghosts of Georgia’ (2013) has very little in common with the original film, which came out in 2009, except that both are horror films that claim to be based on a true story. It is set in 1993 and revolves around the Wyrick family, who moves to their new home in rural Georgia.

Soon, the daughter of the family, Heidi (Emily Alyn Lind), starts having paranormal experiences, just like her mother, maternal aunt, and maternal grandmother have had before her. The family learns about the complicated history of their new home and must now figure out a way to deal with their ghostly problems before it’s too late. Here is everything you need to know about ‘The Haunting in Connecticut 2: Ghosts of Georgia’ ending. SPOILERS AHEAD.

The Haunting in Connecticut 2: Ghosts of Georgia Plot Synopsis

Since her childhood, Lisa (Abigail Spencer) has been seeing ghosts. Her mother did as well until her death. Her sister, Joyce (Katee Sackhoff), also has this ability. However, Joyce has embraced it and thinks of it as a gift. Lisa, like her mother before her, tries to snuff it out with pills. They work to a degree. But when the effects wear off, the paranormal visions of the nightmarish entities return in full force.

Lisa and her husband Andy (Chad Michael Murray) purchase a large property in rural Georgia from the bank cheaply, hoping to build their home there. Not long after they move in along with Heidi, Joyce arrives to stay with them. Things haven’t worked out in her latest relationship, and she claims that she needs to be close to her family. Although Andy is reluctant, the Wyricks let her stay in the trailer next to the house.

Heidi soon starts having her visions. One evening, Joyce explains to her that the women in their family are often born with something she calls “the Veil,” which allows them to see and experience things from the paranormal world. Heidi tells her family that she keeps seeing a man she calls Mr. Gordy (Grant James). Deeply worried that her daughter has inherited her ability, Lisa decides that ignoring it altogether is the best possible approach. Predictably, her refusal to accept the truth doesn’t make her daughter lose the ability. Instead, Lisa herself begins having visions as well. 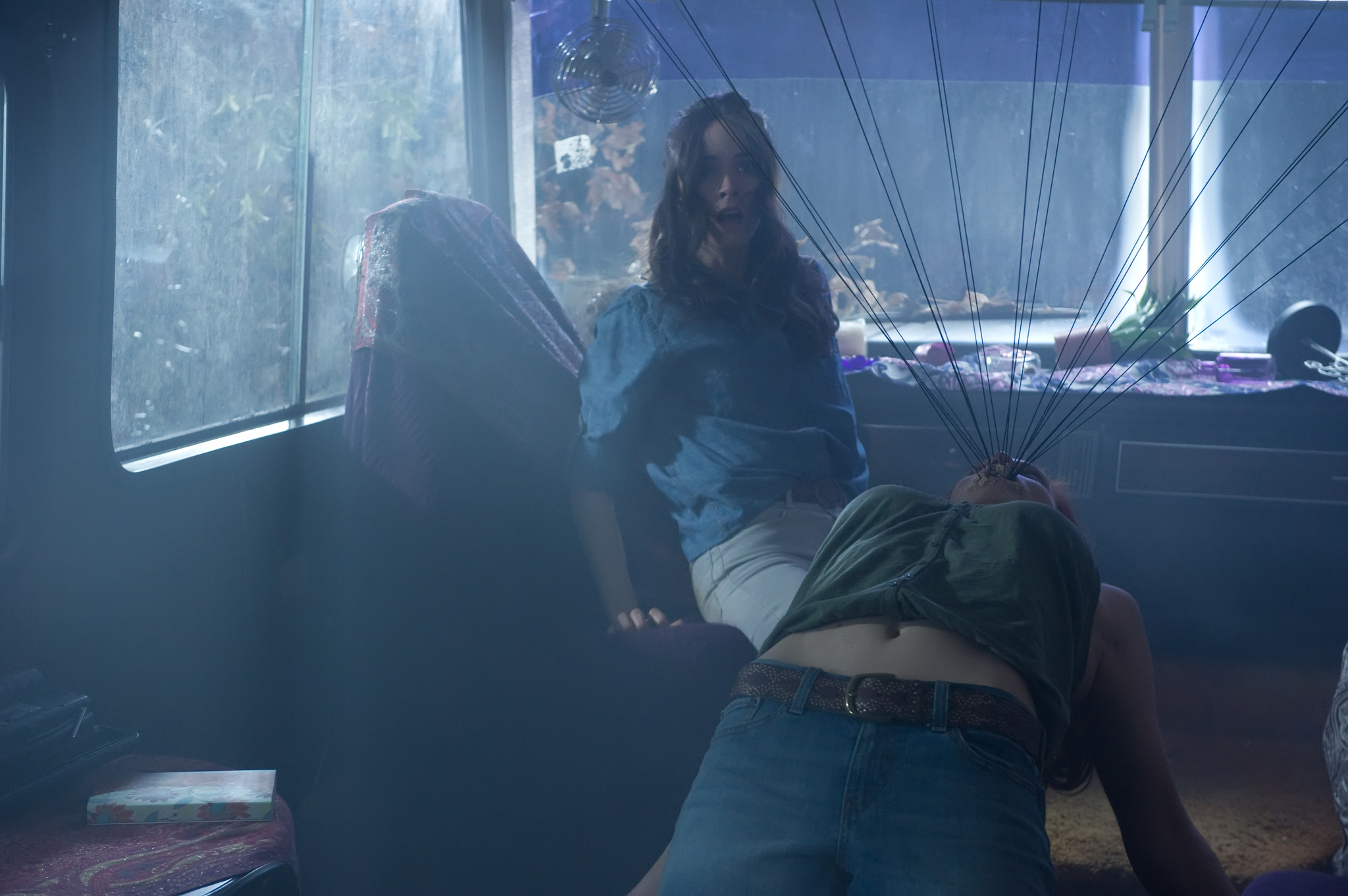 A local pastor comes for a visit and reveals to the Wyricks that the property is a historically important landmark. Before the bank, in the 19th century, it served as a station in the Underground Railroad, and the owner at the time was a Station Master (Wayne Pére) who ensured the safety of numerous runaway slaves. The family later learns that the Station Master’s neighbors killed him for his actions. One night, Heidi follows Nell, one of the slaves that died on the property, into the woods in front of their house. When her father finds her, she has somehow fallen into the station where the men and women escaping slavery hid. They find the bodies of these people, who the family thinks died after the Station Master was killed.

Both Lisa and Joyce think that the ordeal is over. However, Heidi claims that there is evil still on the property. Seeing how his daughter’s words have proven to be true in the last few days, Andy agrees when his daughter tells him and Lisa that they should leave. However, Lisa still refuses to accept what is happening with her daughter. On the day of the departure, the evil comes for them, and Lisa has to acknowledge and confront it to save Heidi.

The Haunting in Connecticut 2: Ghosts of Georgia Ending: Who Is the Evil Ghost? What Does “Let Them In” Mean?

The Station Master is the evil ghost. After learning that her niece has seen Mr. Gordy’s ghost, Joyce does some investigation and discovers that Mr. Gordy was the last member of the family that owned the plot before the bank. The Station Master was one of Mr. Gordy’s ancestors. As the local pastor and visitors — Mama Kay and her grandson — reveal, after the Station Master’s death, the property became a prominent site for the descendants of the runaway slaves to visit.

While the Station Master did help several people escape from slavery, he was a serial killer who murdered some of the people he was supposed to protect. He was a taxidermist. When his racist, white-hood-wearing neighbors discovered that he had been harboring runaway slaves, they filled his inside with sawdust and hanged him. He subsequently turned into a malevolent ghost, whose presence Heidi starts to feel shortly after her family’s relocation. The cries of help that Lisa, Heidi, and Joyce keep hearing are from the ghosts of his victims, asking them for help. 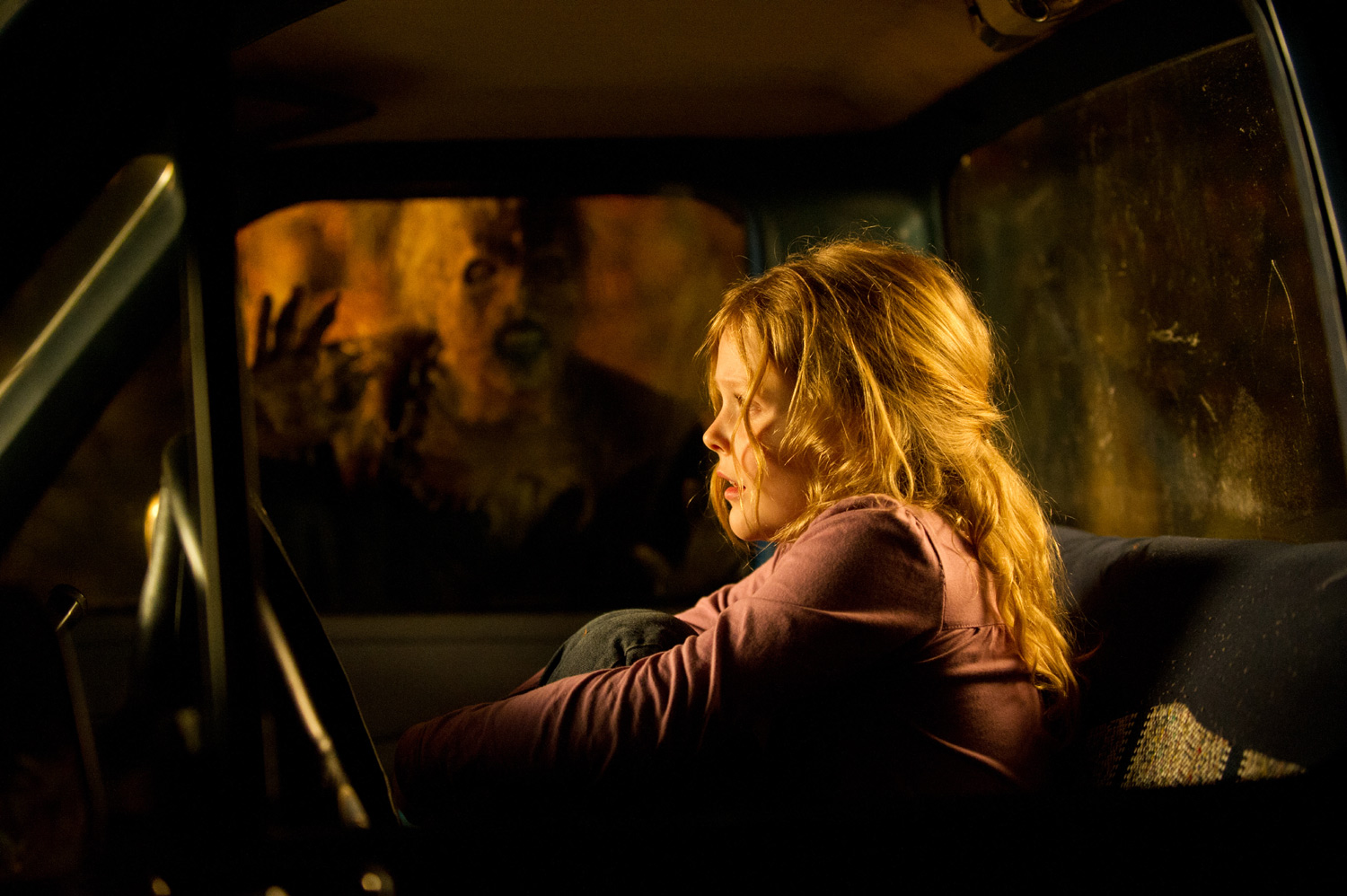 After spending all her life thinking of her ability as a curse, Lisa confronts the Station Master in the underground chamber where the latter created his taxidermy projects. She sees her late mother, who advises her to “let them in.” Realizing that this is the only way to save herself and her family, Lisa embraces her power and frees the spirit, who re-enact the moment of the Station Master’s death and drag him to hell.

What is the Significance of the Traps? How Did the Station Master Kill His Victims? 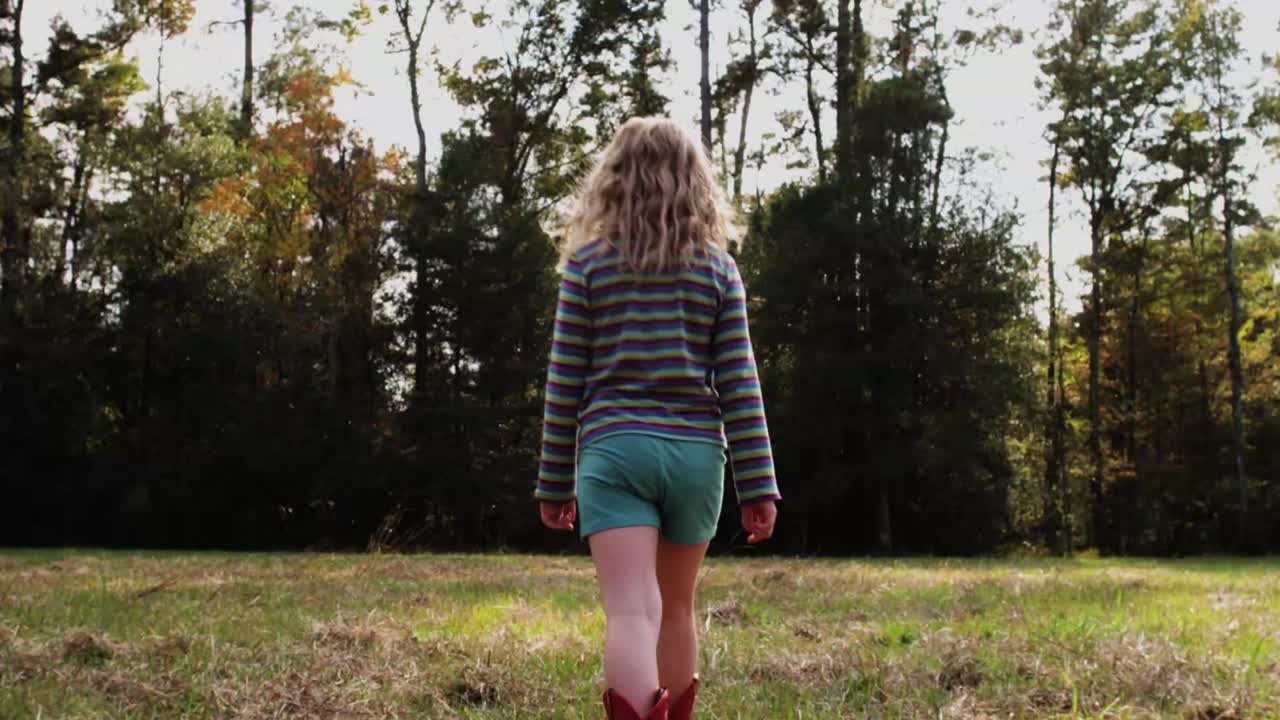 Andy finds the first of the traps when their dog Chief gets trapped in it. The Station Master built the traps to catch animals for his work as a taxidermist. Caught inside one of the traps, the animals weakened over time and died, becoming perfect, woundless specimens for a taxidermist. The deranged murderer used the same method to kill his human victims. He put them inside the station and kept them there until they died of starvation and thirst before turning them into taxidermy mounts. This was the eventual fate of Nell, Levi, and other ghosts that Lisa, Heidi, and Joyce see on the property.

What Happens to the Wyrick Family Afterwards?

As mentioned above, the film is reportedly based on a true story. The text that appears after the movie ends reveals that Lisa didn’t have any more paranormal visions. It is implied that the last time Heidi sees Mr. Gordy is when he helps her learn how to ride a bike. The family lives there for five years before relocating again. 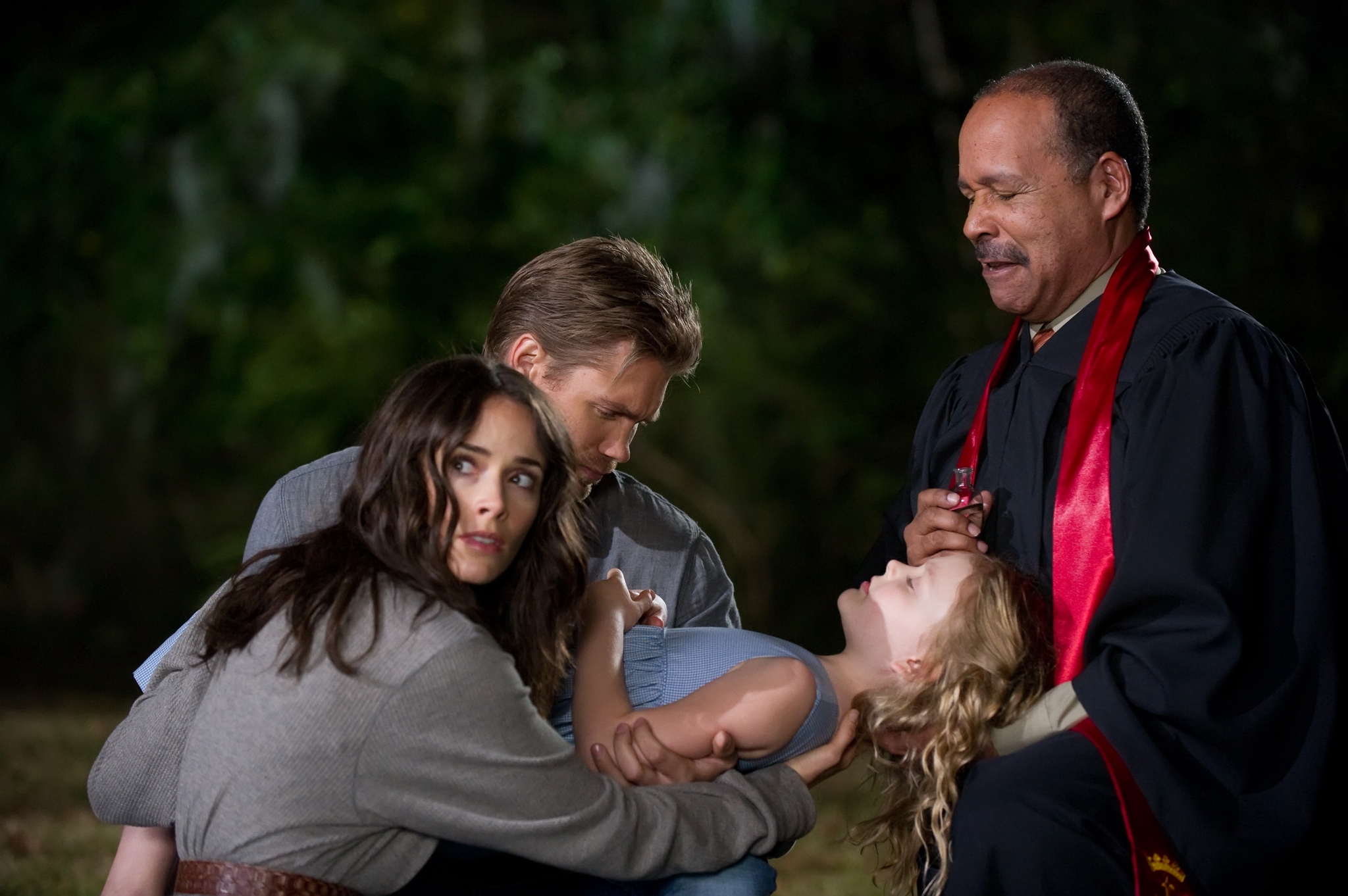 After spending years trying to suppress her gift through medication, Lisa eventually finds salvation in embracing it. It’s what her mother’s ghost keeps suggesting to her throughout the film, but she refuses to listen because she blames it for her mother’s death. When Lisa realizes that she will have to accept her gift for what it is to save her family, she begins the process of gaining control over it.