Is La Casa de las Flores Based on a True Story? 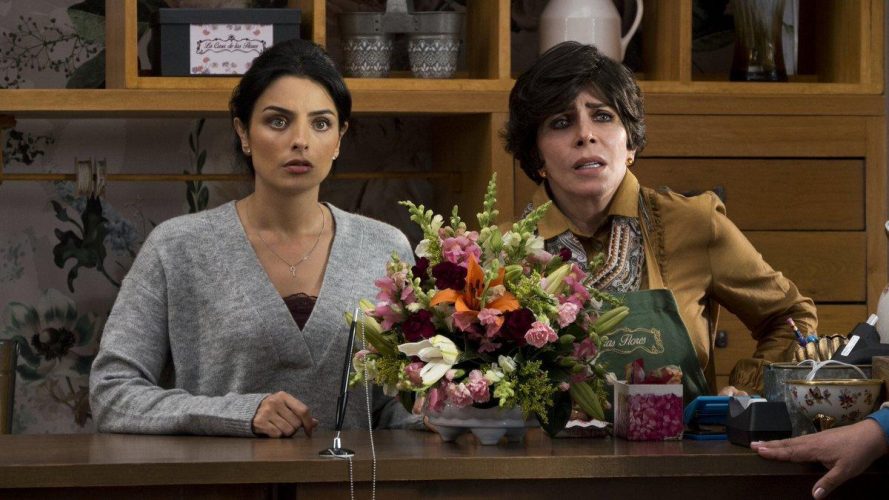 ‘The House of Flowers’ created by Manolo Caro is a drama series that features an upper-class family that owns a florist shop and a cabaret, both of which are called The House of Flowers. The series, which has three seasons to its credit, revolves around de la Mora, a dysfunctional Mexican family.

The plot takes into its mix several members of the family whose lives address different issues. The seemingly wealthy family struggles to support the endeavors of its various members encashed in pomp and luxury. The twist to its plot is from the real source of the family’s money and its dirty politics. Nevertheless, the series is guaranteed to take anyone for an interwoven ride.

Is The House of Flowers Based on a True Story?

No, ‘The House of Flowers’ is not based on a true story. However, the show takes into consideration the many facets of social construction that one has to uphold to be taken seriously. The show is a true precursor to the fact that the rich are not devoid of their own issues. More so, it gets more realistic in its characters’ identity struggles.

The reputed family is not without its share of secrets. The classic example is when Virginia finds about her husband’s affair. She is shocked at the revelation; however, the dramatic irony of the show is that Virginia doesn’t even know the other half of it, which is that Ernesto, her husband owns a Drag cabaret under the same name as their flower shop. Pauline, their daughter, is a keeper of secrets. Evidently, it becomes apparent that much is hidden from each other as their lives begin to unfurl in front of us.

This is not at all alarming, considering the fair share of family secrets that have existed in history. Even the most popular, political, and rich are not free from the clutches of extra-marital affairs. Whether that be the case of Bill Clinton or Jay Z, it is a real issue that seems to cast problems in several families. In fact, the cases of divorces, and crimes over extra-marital affairs are alarming. However, the show takes it a notch higher by showing how the couple goes back to living their lives. And the truth is, this happens too. The community we live in, as progressive as it is, still falls back on the century-long comforts of patriarchy, wherein even though there are issues, one would choose to fall back in their marriage due to the monetary and societal ease of the relationship.

In addition, the show, in its dramatic manner, highlights the culture of secrets children carry around from their parents growing up. The generational split that often sparks many differences in opinions also becomes the reason for many secrets.

The show is remarkable for its portrayal of the LGBT community and its struggles. It has a rich depiction of the lives, issues, and perspectives concerning the issues of sexuality. For instance, Julian believes he is gay after being romantically involved with Diego for several years. He is caught in the family arrangement of having to marry Lucia. As a gay individual, he is vehemently opposed to the idea, but since his family doesn’t know about it, he continues to struggle with it. He then comes out to Lucia, who anyhow forces him to have sex with her. After this, Julian realizes that he is not gay but bisexual. The dark humor of the show has a way of playing with such delicate issues.

In the Drag cabaret, the family owns, much light is shed on the Drag culture and their exploration of sexuality that also extends to their professional careers. What is perhaps interesting is the kind of clients the cabaret attracts. This shows the stark difference between people who, in a normative sense, has a different personality than what really lurks under the social exterior. Pauline’s ex-husband is a trans individual who moves on to change her name to Rose. In many ways, the show’s sexuality in itself is fluid, considering the manner in which it captures the sexuality of many of its characters.