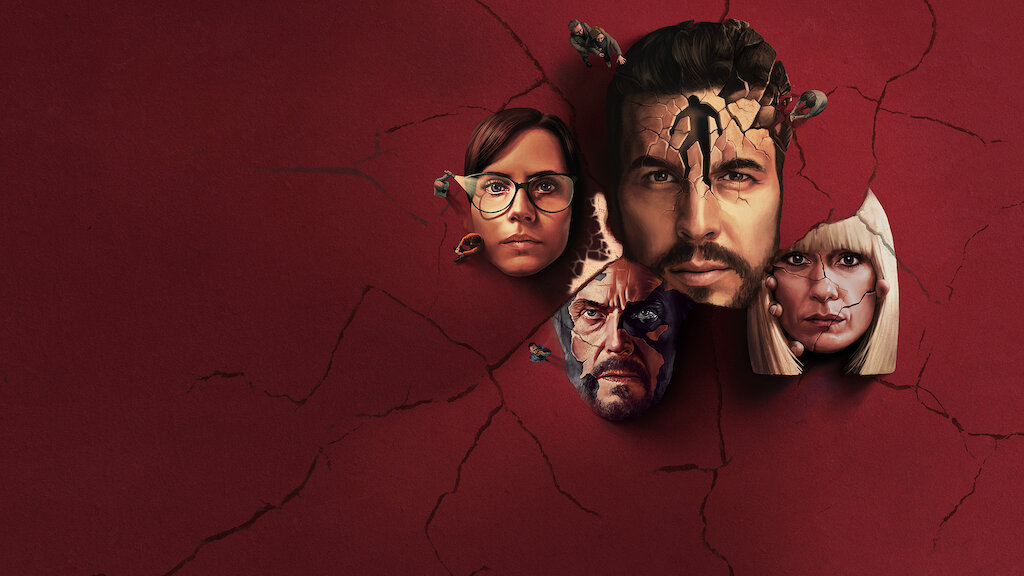 Based on the 2005 novel of the same name by American author Harlan Coben, Netflix’s thriller drama ‘The Innocent’ is an edge-of-your-seat whodunnit filled with lots of twists and turns, unreliable narrators, and unrelenting suspense. The story revolves around Mateo “Mat” Vidal (Mario Casas) and Olivia Costa (Aura Garrido), whose seemingly picture-perfect life together is turned upside down when their respective past comes back to haunt them. Each episode unfolds from a different character’s perspective and sheds light on their dark past and involvement in the central mystery of the series. Here is everything you need to know about the show’s ending. SPOILERS AHEAD.

Mat, a law student, goes out for a drink with his brother Isma (Jordi Coll) on what turns out to be the worst night of his life. At the club, he draws the attention of beautiful Eva (Ariadna Cabrol). Her boyfriend, Hugo (Alejandro Albarracín), sees them dancing, and a scuffle soon ensues between Hugo and his friends and Isma and his friends. Seeing this, Mat tries to stop the fight but accidentally ends up killing one of Hugo’s friends, Dani (Eudald Font), when he shoves him away, and the latter hits the back of his head on his way down. Consumed by immense guilt, Mat can’t even look at Dani’s parents, Jamie (Gonzalo de Castro) and Sonia (Ana Wagener).

Mat subsequently receives a four-year prison sentence for negligent homicide. His life is hell inside the prison. To cope with it, he changes himself, becoming stronger and resonating a dark and dangerous aura that keeps most of the other inmates at bay, but not all. Romero, the main progenitor of Mat’s transformation, tries to kill him one day and is later found dead. Many in the penitentiary, including Mat’s cellmate Roberto, believe that Mat is behind the death, but the latter doesn’t receive any additional jail time.

Mat gets a furlough from the prison when his parents are killed in a car accident. That evening, his life changes again when he meets Olivia. They spend the night together, neither revealing their true selves to one another but savoring each moment. As fate would have it, they meet each other again when Mat gets out of jail. They start a relationship and later move into the neighborhood where Isma’s widowed wife lives with their two children. Shortly after they find out that Olivia is pregnant, she gets a call which she claims is from her work and later leaves for Berlin. Mat subsequently is contacted by an unknown man with a video of his wife in a compromising state. Believing that his wife is having an affair, Mat asks his private investigator friend Zoe (Anna Alarcón) to find her.

Olivia’s past is even more tragic. Known as Candance at the time, she comes from Mexico to Spain looking for relatives and later starts working at a strip bar/brothel. After killing her vicious boss Aníbal Ledesma (Miki Esparbé), Candance manages to escape the hellhole with the help of Aníbal’s mistress Emma (Juana Acosta). Afterward, Emma joins a Catholic Boarding School as a teacher under the alias María Luján, while Candance becomes Olivia and eventually reunites with the unassuming man with kind eyes that she met some years ago. However, Emma’s apparent suicide causes a domino effect that puts both Mat and Olivia in mortal danger.

In the series finale, Lorena (Alexandra Jiménez) rescues Mat and Olivia from Kimmy (Martina Gusman). Olivia learns everything she needs to know about Paula, the daughter she was forced to give away. Mat faces fresh charges of murdering Sáez (Xavi Sáez), the man who sent him his wife’s video, and Sáez’s partner in crime and former police officer Gallardo (Santi Pons). Mat goes on the run again in a desperate search for the mastermind behind it all.

The Innocent Ending: Who Killed Gallardo and Sáez?

Jamie, Dani’s father, does both. Since his son’s death, he has harbored a deeply-seated desire to punish Mat. He believes that the prison sentence Mat has received isn’t nearly enough. At one point, he and his wife go to see Mat in prison, and while Sonia finds within herself enough courage to forgive Mat, Jamie continues to hold onto his hatred. He pays a guard at the jail to arrange Mat’s murder. This is what causes Romero to attack Mat.

Years later, Jamie, who is a doctor, sees Mat at his clinic, and his hatred for the younger man gets renewed. When he learns from Olivia’s doctor that she is pregnant, he can’t help but reflect that his son will not be able to experience moments like this. He starts following both Mat and Olivia and soon realizes that Olivia has her own secrets. When he sees Gallardo kill Emma/María, he approaches Gallardo and Sáez and tells them Olivia/Candance’s whereabouts. 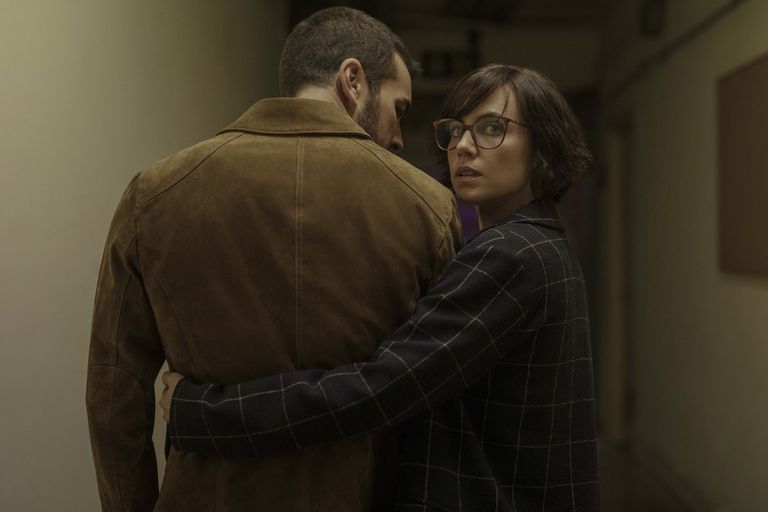 With the desire to comprehensively destroy Mat, Jaime targets his wife. That fateful call she receives is from Gallardo, pretending to be representing Paula’s adoptive parents. They tell her that Paula needs a kidney transplant and asks her for all her life savings for making the connection between her and Paula’s adoptive parents. The video sent to Mat implying that Olivia is having an affair is also one of Jaime’s plans.

But then, Gallardo and Sáez start to get greedy, and Mat finds Sáez’s hotel room with Zoe’s help. Realizing the opportunity that he now has by sheer luck, Jaime collects Mat’s fingerprints from the latter’s car. After killing Gallardo and Sáez, he leaves Mat’s prints on the gun, implicating him in the murders. He also pays Roberto to speak to the media and claim that he knows that Mat killed Romero. This helps Jaime create a public perception about Mat that entails that he is capable of everything he is being accused of. Jaime nearly succeeds in getting the revenge he wants, but Mat is ultimately saved by Sonia’s willingness to forgive him.

Why Does Kimmy Want Revenge against Olivia?

From the moment Candance joins Aníbal’s club, Kimmy becomes a mother figure to her. Kimmy notices the similarities between the girl and herself when she was younger and helps her cope with the incessant rape and torture by being there for her. They and Emma plan their escape together. But on the day they are supposed to put their plan to effect, Emma and Candance discover that Aníbal has killed another girl, suspecting that she has stolen the Videotape 27 from his collection. However, Emma, Candance, and Kimmy are the ones who stole the tape. After Candance kills Aníbal to protect Emma, the latter comes up with a new plan.

They make it seem that the dead girl is Candance and that Emma has run away with Aníbal. They then dump Aníbal’s body in the ocean. After they disappear, Kimmy faces the wrath of Aníbal’s secret and influential clients, including the SCU Agent Teo Aguilar (Jose Coronado), who cuts off one of Kimmy’s fingers while trying to extract information from her about the tapes. 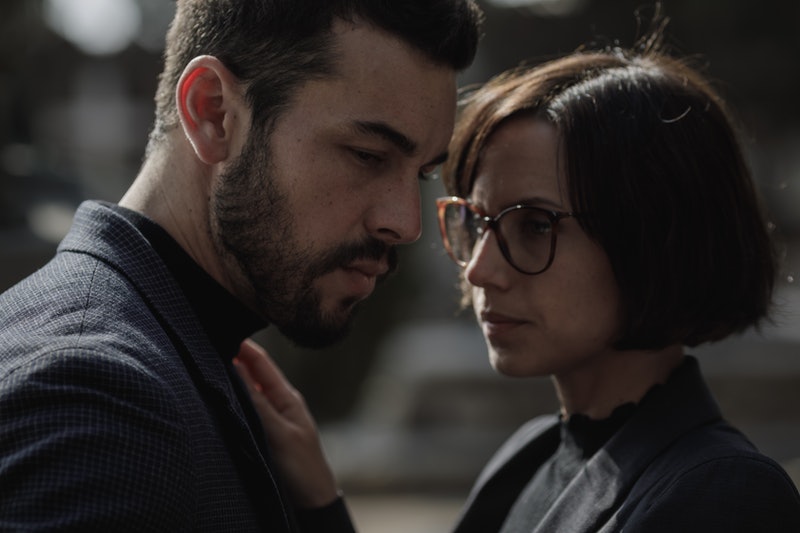 When Kimmy learns that Candance is still alive, she feels an immense sense of betrayal and wants her to suffer the same way that she has suffered. After Paula comes looking for her biological mother, Kimmy reaches out to Gallardo, from whom she eventually finds out that Candance is still alive. She then sends him and Sáez to the Catholic boarding school, as Paula’s adoption happened from there years ago. They find Emma there and kill her, and are subsequently contacted by Jaime.

On the other hand, Kimmy lures in Olivia by messaging her as Paula’s parent. Olivia seems to be suffering from survivor’s guilt and repeatedly asks for forgiveness from the older woman. Unbeknownst to her, Kimmy has already decided on how to punish her. She sedates Olivia by mixing something in her drink and takes her to the very place where Aníbal entertained his secret clientele. When Aguilar delivers Mat in exchange for the tapes, she ensures that Mat will get to watch as three men gangrape his wife. Fortunately, Lorena arrives and rescues them.

But even after all this, Olivia’s sense of guilt is so profound that she takes a bullet meant for Kimmy. This finally makes Kimmy repentant for her actions, and she gives Olivia the necessary information on Paula.

Although Aníbal evidently ran a successful club, his real income was from blackmailing his secret clients for whom he arranged underage girls. All these people were affluent members of society and maintained apparent anonymity by wearing masks. No one except Aníbal knew their real identities. One among them was especially brutal. He even killed one of the other dancers at the club. Kimmy, Emma, and Candance figured out that Aníbal tried to blackmail this client and was actually terrified of him. Aníbal didn’t mark the videos he made of the clients with their names. Instead, he used numbers. And this client was number 27. 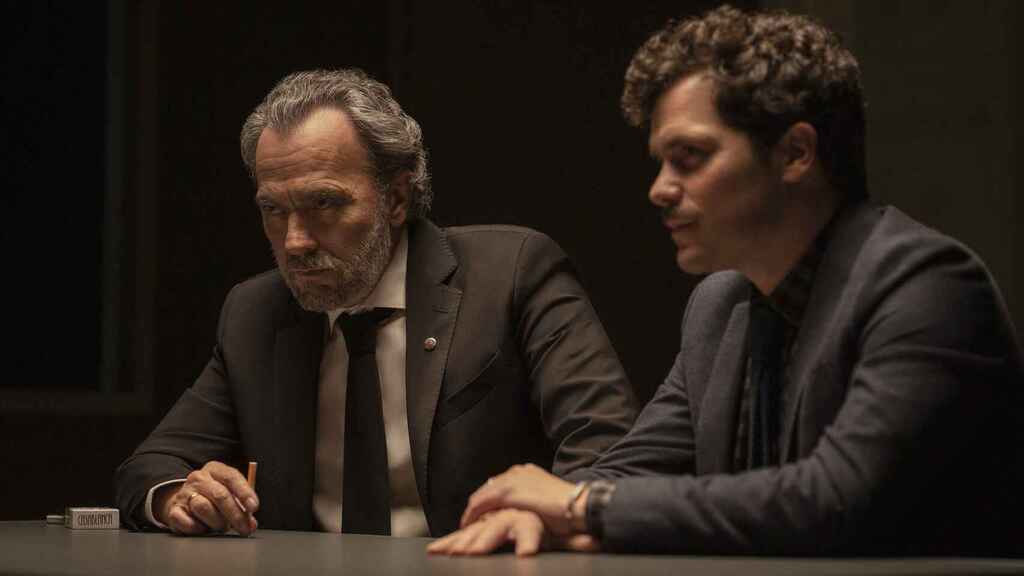 As Olivia learns, the person in Tape 27 is actually Aguilar, who the SCU has incidentally sent to retrieve the tapes. The agency has concluded that if the tapes were to get out, they would destabilize the country. Aguilar claims that he is no longer the monster he used to be, but he continues to murder and torture in search of the tapes and blames others for his actions. When Lorena corners him and takes away the tapes, he kills himself, not wanting to be there when his wife and daughter learn about his atrocities.

Lorena hands the tapes over to the higher authorities. She knows that there will be much turmoil in the administration because of them, and the only way she can gain immunity is by solving the case. Even after finding Mat’s fingerprints on the gun that was used to kill Gallardo and Sáez, she continues to believe him and convinces her supervisor to wait when Mat holds Jaime at gunpoint. After the truth is revealed, Lorena is decorated for her work, indicating that she has indeed gained immunity.

No, Mat is not completely innocent. None of the main characters are. They are all trying to put their dark past behind them. Mat accidentally kills Dani and pays society for it. However, he doesn’t share the true circumstances of Romero’s death with anyone else, including Olivia. As it is revealed in the closing scenes, he initially lets Romero go during their confrontation. But when Romero attacks him again, Mat drops him several feet below, killing him. He decides to keep this hidden as he begins a new life with Olivia, their new baby, and Paula. 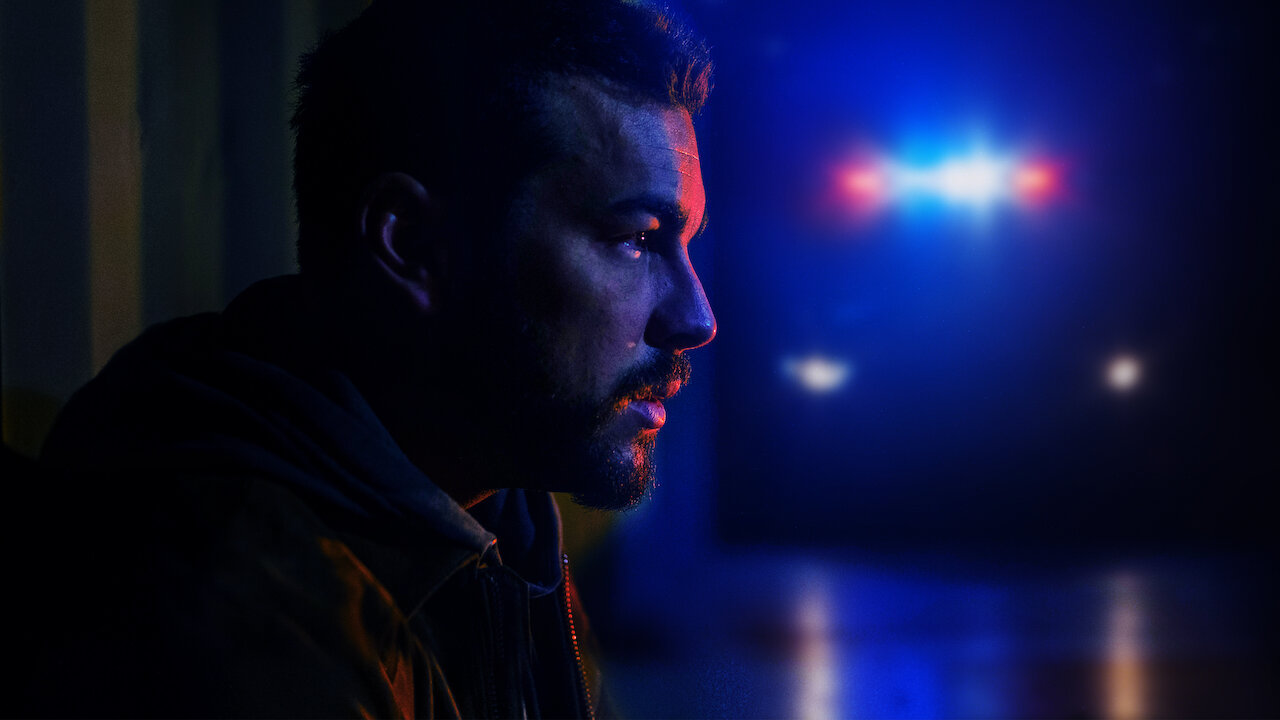