Holding on to the shadows of the past can only get one so far. One must embrace the present with all its misery and pain and learn how to let go of the past. The final episode of season 1 of ‘The Irregulars’ is a visceral and emotive journey to oblivion. As the episode reveals itself, it brings pertinent questions about life, home, and family to light. And while the series ends on a bittersweet note, we are left to fill the blank spaces in our memory. If you have been overwhelmed by the ending of the episode, we are here to dilute it for you. SPOILERS AHEAD.

The Linen Man utters a chant, and the rip widens. It seems that there has been some kind of a deal between Sherlock and the Linen Man. Beatrice is haunted by her mother’s memory since being touched by the Linen Man. However, Jessica succeeds in instilling some courage in her, and together, they embark upon a journey to vanquish the evil from the face of the city.

When they reach the tunnel, the devil is already at work, and as energy releases from the rip into the mortal world, the crew is forced to face their deepest fear. While Billy is haunted by the dead owner of the workhouse, Bea is grief-stricken for her mother, and Leo bleeds through his nostrils and ears. Jessica pursues the Linen Man, whose attempts at getting into Jessica’s mind turn on their head as Jessica enters his memories. His past trauma overwhelms him, and he falls from a cliff, embracing death. 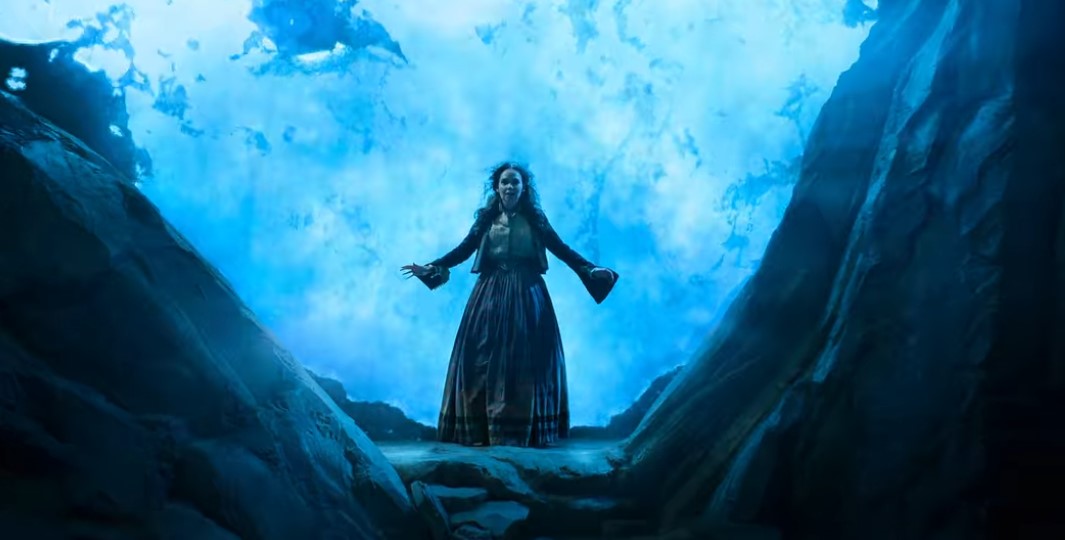 However, it was not him who opened the rip. With the death of the Linen Man, the dreadful illusions disappear. The tunnel collapses, separating Bea, Jessica, and Watson from the rest of the team. Billy’s leg is seemingly broken, and the boys head towards the cellar while the sisters and Watson go into the chamber where the rip is active.

The rip keeps widening as the streets of London give an infernal appearance with entranced people slaughtering and devouring each other. Further activity is seen around the rip, from where an unscathed Alice emerges. Bea and Jess are ecstatic to meet their mother in person, but the dynamic changes when Jess confronts her mother. It is Alice who has opened the rip in an attempt to travel to this world. She wants the separate worlds to merge, which would bereft death of its meaning.

Alice tries to convince the rest, but the group is conflicted. While Beatrice and Sherlock do not mind, Jessica and John are wise to understand the reality-bending implications of the event. Jessica wants to sacrifice herself for the greater cause, but Sherlock ultimately becomes the martyr. Alice goes into the rip, and Sherlock follows her. Watson and Beatrice manage to pull Jessica out of the rip before it closes forever.

The world is saved, and in an epilogue, Leo has to go back to his own glamorous life. It is a price he has to pay for saving Billy, and Bea can only be grateful at the humble gesture. Spike confides in Jess about his greatest fear, and they come closer. Bea goes over to Watson’s in an attempt to look for closure, where she breaks down in tears.

The Irregulars Season 1 Ending: Why Does Watson Save Jessica?

Throughout the series, Sherlock is seen as a broken man living in locked rooms of his memory. After the transcendence of Alice to the spirited world, Sherlock has been devastated, and for the past ten years, he has chosen to drown his sorrow in hits of opium. We know that Watson was responsible for this moment of rupture. He accidentally opened the rip, and when Alice got pulled into the vortex, he chose to save Sherlock instead. While Watson has taken care of his love for Sherlock since the disappearance of Alice, he couldn’t fill the blank spaces in Sherlock’s heart.

In the finality of events, when Alice reappears in her mortal form, she is a ghost, a thing of the past. However, Sherlock is overjoyed to have her back despite the red signals. When Alice’s plan of merging the worlds is disapproved by Jessica, she has no option but to go back to the netherworld. Sherlock has not learned to let go, and he must follow Alice on the journey to purgatory.

Sherlock becomes much like Orpheus in his pursuit of love. However, Watson has learned the hard way that holding someone from their destiny can have devastating implications. He will not make the same mistake twice. Therefore, at the last moment, he gives in to the pleading of Bea and chooses to save Jessica instead of Sherlock.

Why Does Leo Have to Return to His Palace?

In the group of misfits, Leo has found a compassionate lover in Beatrice and a family out of the home. However, as the episode comes to a close, Leo discloses to a surprised Bea that he has to go back to his palace, from where he’ll leave for Europe the day after. While it is certainly not a pleasant surprise, Leo’s reason is compelling enough for Bea to let him go. In exchange for Billy’s life, Leo has promised his mother to embrace the princely life. 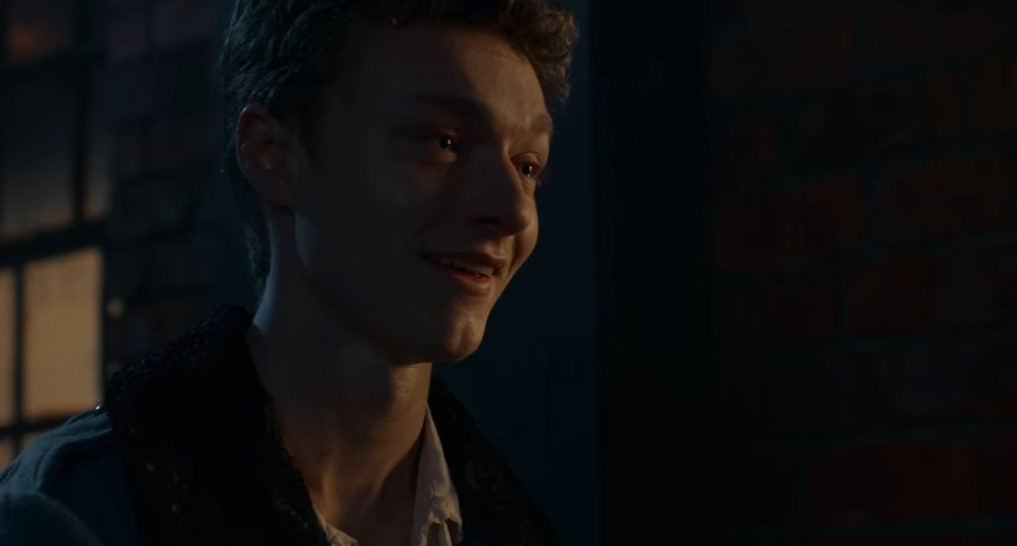 From the age of the Renaissance to the Victorian era, royal princes in Britain and Europe were brought up under a stringent schedule. They had to learn courtly decorum, romance languages, and study the art of combat. Moreover, they had to travel Europe, escorted by their royal guardians, to perceive aesthetic beauty and learn about the cultures of different countries. There were also books to guide a prince in his attire and appearance, such as Machiavelli’s ‘The Prince.’ And finally, an engagement between a royal prince and a commoner was not allowed at any cost.

With the ushering of the modern era, much of the early rigidity has been eroded from the monarchy as the era is characterized not by tradition but by individuality. While the modern notion of creating one’s own identity was already underway in Victorian Britain, it was still in a nascent stage. Therefore, Leo, bound by tradition, cannot come out of his identity as a prince as he is born in it. And especially with the royal family’s favor of releasing Billy from the jail, Leo cannot possibly deny his regal duties.

Is Alice Alive or Dead?

As Sherlock follows Alice into the abyss of the rip, it feels as if the rip is closed forever. Sherlock is a literary superhero for many, and the genius of Sherlock has been duly paid an homage in the web series. The rip, therefore, is the rip of Sherlock as well. Arthur Conan Doyle had to revive Sherlock after killing him in ‘The Final Problem,’ thanks to the insane fan uproar that followed it. Sherlock has been revived many times since through TV dramas, fan fiction, and film franchise. He is, after all, the mythical guru of all detectives, fictional or otherwise.

Seen from that perspective, the series is also a fantastical deconstruction of the ‘Sherlock Holmes’ franchise. The brilliant detective of sharp wit and precise scientific knowledge has been taken to a world of demons and supervillains in temporal flux. In a final scene from the narrative, the crew gathers in front of the obituary of Alice. While there is not a grave for cryptanalyst Sherlock Holmes because he will remain alive in the heart of many readers, Alice, who is central to the plot, has a grave without a body in it.

The absent presence of Alice haunts the whole narrative of the series, and it seems as if the series was made to inspect the possibility of a family for Sherlock. Alice comes alive in the last episode, only to mark a finality of the chapter by taking Sherlock into her realm. Will they try to make their way back through the portal? Sadly enough, that depends on a potential season 2. While the rip gets closed, Alice and Sherlock will hopefully have their “happily ever after” in the extended universe of Holmes’ franchise.

Read More: Where is The Irregulars Filmed?