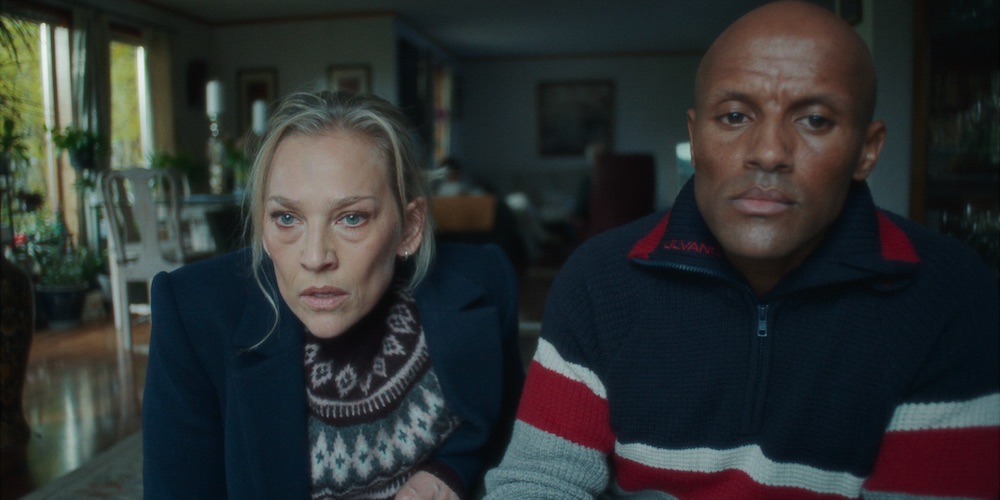 Netflix’s ‘The Lørenskog Disappearance’ is a true-crime drama that focuses on the investigation into the disappearance of a billionaire’s wife. Told from the perspective of different people trying to solve the crime, with each trying to get to the bottom of the truth in their own way, we see how different perspectives approach a case and what it means for the victim as well as the accused. While navigating the audience through all the details that make this such an interesting case, the show underlines the human aspect of the story, giving more fleshed-out backstories to the investigators. It is this approach to storytelling that keeps the audience hooked and gives more weight to the ending. Here we break down the conclusion of the series and analyze what it means for the Hagen case. SPOILERS AHEAD

On October 31, 2018, Tom Hagen comes home to find out that his wife has been kidnapped. A ransom note has been left, demanding millions of dollars in exchange for the safe return of his wife. The note also warns him not to get the police or the media involved, because it would put pressure on the kidnappers which would force their hand into doing something drastic to Hagen’s wife. Despite the warnings, Hagen approaches the cops, though covertly, and pleads them to not go public with their investigation. The cops decide to keep the case a secret, but not for long.

Trying to solve a case while hiding from the perpetrators proves a difficult thing for the police, who find that their efforts are impeded on several levels. Moreover, the kidnappers don’t seem to be too eager to negotiate for the money, and as time passes, the lack of Hagen’s wife’s proof of life convinces the cops that she might not be alive. Weeks later, they decide to take the case public, hoping to find some breakthrough in the leads that the publicity might bring to them. However, it only attracts Internet’s amateur detectives to come up with their own theories, and a legion of scammers trying to make hay while the sun shines.

Eventually, the cops come to the conclusion that they have to explore other avenues regarding the disappearance, which means that they have to start looking into the most common suspect in such cases: the husband. As Tom Hagen comes under scrutiny, a media trial begins, splitting the journalists as well as the Internet sleuths into for and against sections, while the cops desperately try to build a case against Hagen.

The Lørenskog Disappearance Ending: Did Tom Hagen Kill His Wife?

According to the law, a person is innocent until proven guilty, and because no concrete proof of Tom Hagen’s guilt is brought forward by the police, Hagen remains innocent of the crime that was perpetrated against his wife. In the second half of the show, we find the cops examining each and everything about the case, especially the things that Hagen had told them, under the light of his guilt. What looked like a cooperative action from his end, in the beginning, starts to look like a well-thought-out manipulation to throw the cops off his trail. The more the cops dig into the case and Hagen’s personal life, the more details start to come out, though all of them are too vague to actually build a case against him.

Finally, an informant comes forward with a piece of information that paves a new path for the investigation. Because Hagen had always had a well-backed alibi, the cops suspected that he must have received help from someone, though they couldn’t figure out who it could have been. Eventually, the name of a few criminals pops up. It is alleged that Hagen had, at one point, employed the services of an escort named Astoria. Unbeknownst to him, she’d been involved in a racket that aimed to extort money from rich people like him. This brings in the name of a man called Peter Wam, which further leads the cops to Edon Imani and the Kirap gang.

Though it looks like their informant is telling the truth, the cops need at least one of the criminals to be connected to Hagen to build their case. They try to arrest Peter Wam, but because he’s in Spain, it is easier for him to slip out of their grasp, and he succeeds in flying away to Dubai. With him gone, the cops can’t move forward with their investigation into Imani and Kirap, which means that their case has come to a dead end. On top of that, their informant dies by suicide in prison, which is not only a huge moral letdown but also robs the cops of any grounds they might have had to continue looking into the criminals.

In the end, Jorunn Lakke becomes disillusioned with the case. Considering how long they’d been working at it, it looks like they were not able to bring it to any conclusive point. Meanwhile, Hagen gives an interview to put forward his point of view of the events and his feelings about the cops trying to pin the blame on him. Lakke’s father recognizes Hagen as his old classmate, saying that he was introverted but a good person. When he asks whether Hagen has done something bad, Lakke admits that she has no idea. This means that even if she believes that Hagen really killed his wife, she has no way to prove it, and hence, it will not factually stand in the court of law.

What makes disappearance cases so hard to solve is the lack of very potent evidence: the dead body. The manner of death can tell a lot of things about a crime, and because Anne-Elisabeth was never found, the mystery of what happened to her remains just that, a mystery. After the next-to-no communication with the kidnappers, the cops have little doubt about the fact that Anne-Elisabeth is dead by now. Even if they’d kept her alive in the beginning, all the time that has passed since then makes it rather improbable for the kidnappers to keep her in captivity for so long, especially when they never received the money that they’d demanded in the beginning. While all signs point toward her death, the cops can’t help but acknowledge that there is no proof of death just as there is no proof of life.

Anne-Elisabeth disappeared in October 2018, and over the years, the investigation into her case has not led to anything concrete. There have been theories and speculations all over the Internet, with some believing that her husband killed her to others postulating that she ran away to escape the marriage that she wanted out of. The cops also explored the angle of Tom Hagen’s association with some criminals whom he allegedly paid to get the job done, but haven’t found anything that actually proves it. So, all that they have, at this point, is purely circumstantial, good enough for speculation but not for the law. Even now, as the case of Anne-Elisabeth Hagen remains open, there has been no conclusive evidence to any end that can answer what really happened to her.

Read More: Is Netflix’s The Lorenskog Disappearance Based on a True Story?