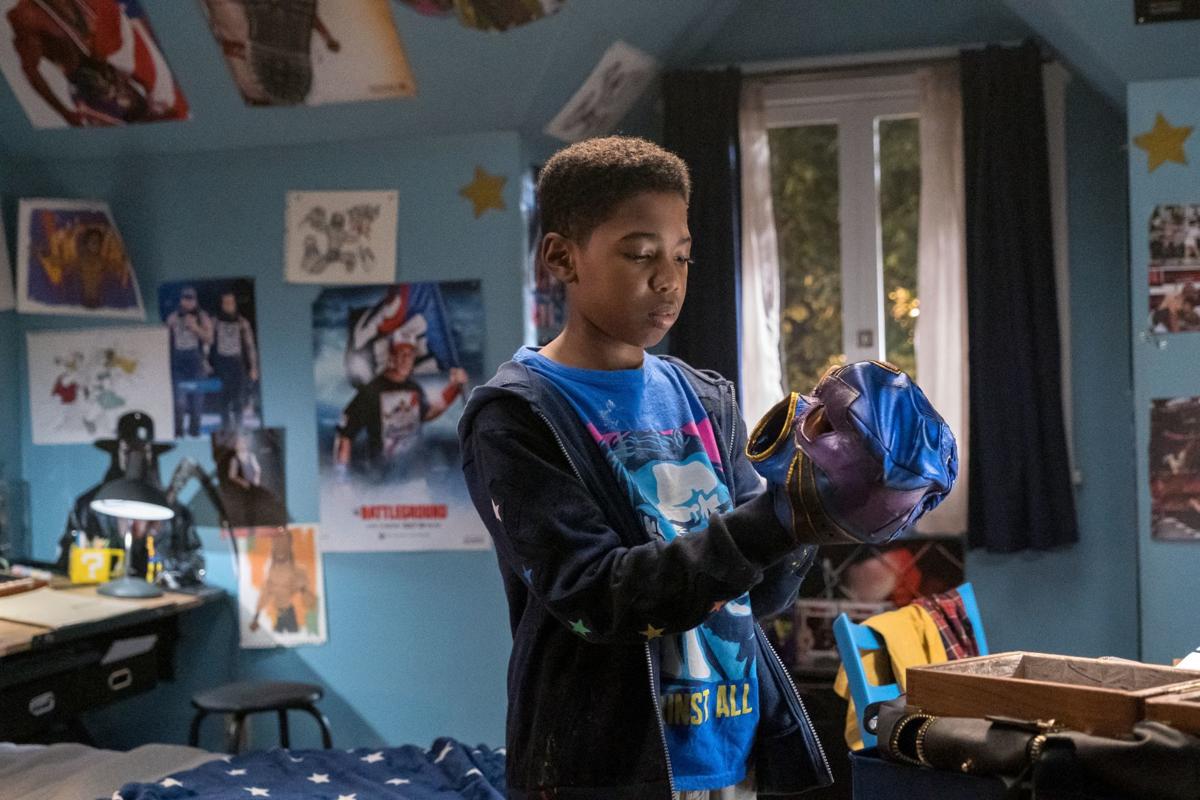 If you’ve spent your days in front of the television, watching fighters knock themselves out in WWE, then there is no doubt that you have imagined yourself in their place too. If so, then you are a lot like Leo from ‘The Main Event’. He receives a bizarre opportunity to make his dreams come true, but in the end, he discovers that his powers come from a different place. If you haven’t yet seen the film, head over to Netflix. SPOILERS AHEAD. 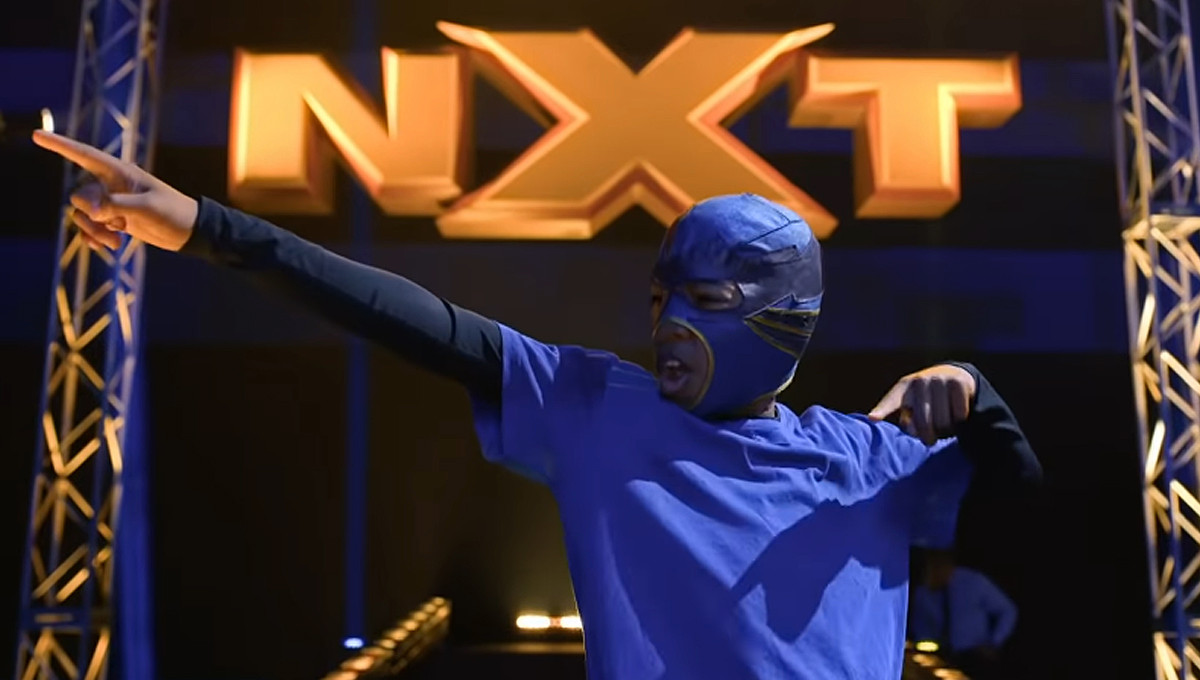 Leo dreams of becoming a WWE fighter. He worships the sport and the fighters but finds himself too weak to pursue the dream. In school, he is bullied by three boys, and even when he tries to stand up against them, they put him down easily. All of this changes when he finds a mask that gives him unbelievable powers. This not only allows him to fight his bullies, but he also decides to take part in the WWE championship that will seal the fate of the winner as a professional wrestler. This is the chance to make his dream come true.

After defeating several intimidating wrestlers, Leo makes it to the finals. Kid Chaos’ popularity is already off the charts due to him appearing as the underdog in the beginning, but everyone roots for him, even more, when he saves a diner from getting robbed. His friends come to know about his identity, and after messing up with them, because the success had gone to his head, he accepts his mistake and goes into the final round with them cheering for him.

Before all of this, Frankie figures out Kid Chaos’ secret. He eavesdrops on Leo, talking with his friends and realizes that his client is up against a kid who would be no match for him without the mask. The easiest thing to do now is to swap the masks, and none would be the wiser.

To do so, he meets with Leo and his grandmother in the locker room. While he distracts them with his sweet talk, Samson goes around the back and takes the mask for himself, leaving behind the fake for Leo. Once inside the cage, Leo is unable to knock Samson off his feet and wonders why that’s happening. This is when Samson shows him the real mask, and the kid finds it best to run. The cage makes his task trickier.

In the end, it becomes clear that he has to rely on himself to get through this trouble. He ducks every time Samson tries to get to him, but he catches hold of him and throws him into the air, at which point, Leo holds on to the cage. To get to him, Samson has to climb to the top of the cage, but interestingly, he doesn’t. 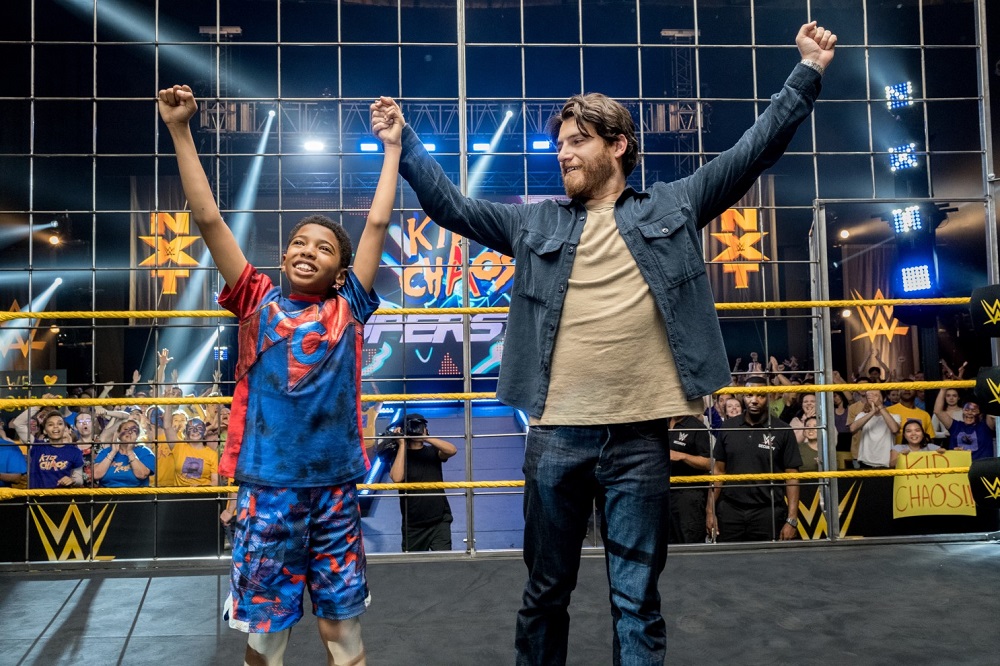 This is when Leo’s father comes to his aid. Earlier in the film, before Leo had found the mask, he had learned a valuable lesson. While watching WWE with his grandmother, he focused on the weakness of every fighter, discovering that no matter how tough they looked, they had a flaw that would bring them down. This detail had been pointed out to him by his father.

In the real fight against Samson, Leo has to figure out his opponent’s flaw. And that’s when he realizes that he had seen it the first day itself. Samson never gets up on the top of the rope. Why is that? He has a fear of heights. Because of this, he will never climb up the cage to get to him. But more than the fear, Samson also has anger towards Kid Chaos.

Leo teases Samson, and Frankie, too, pushes him to get to the mask, which is stuck at the top of the cage. Samson is forced to step on the top of the rope, and then due to his fear, falls unconscious. Finding him at his weakest, Leo gets the chance to make his dream move. He crushes Samson and wins the fight.

Through this, he realizes that he doesn’t need a mask to make him strong. Like his father and his grandmother had told him, strength resides in his mind and his heart. In the end, he takes up wrestling classes and is poised to find out just how powerful he is on his own.