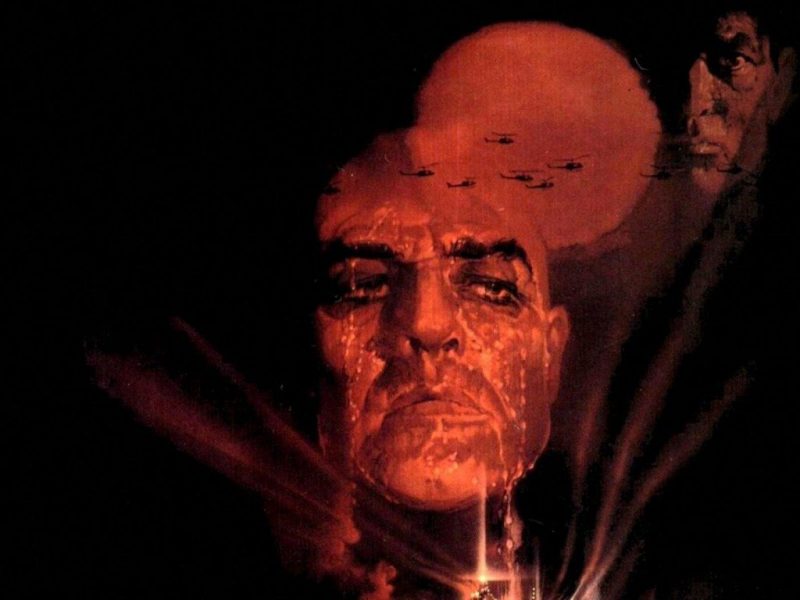 When the lights came up, the audience sat stunned, not quite knowing what to think of what they had just experienced. As we rose to exit the old University Theatre on Bloor Street in downtown Toronto, you could see the stunned looks on the faces of the audience as we moved out of the cinema. I found my way to the box office and paid for another ticket to see the next show, but first I made a call to my father. I told him I had just seen Apocalypse Now (1979) and knew I no longer wanted to be an actor, I wanted to write about film, I wanted to spread the word about films like this.

Two hours and forty-five minutes earlier, the lights had gone down and on the screen was a jungle scene, the palm trees gently blowing in the breeze. You were at once hypnotized by the strange green beauty of the nature. Sounds were heard, an electronic chopping sound and suddenly helicopters appeared in the frame and the jungle exploded into flames as Jim Morrison moaned mournfully on the soundtrack The End, the first words of the song being …this is the end…and at that moment we were plunged into the nightmare that would be Apocalypse Now (1979). You wanted to look away from the inferno, but could not, and gradually the nightmare had a face superimposed on it upside down, a man…Willard. 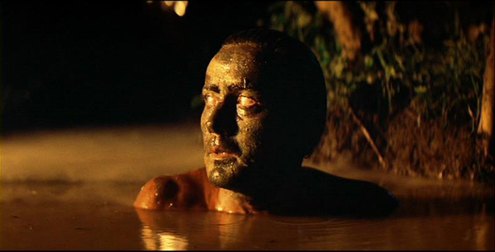 For three years I had been hearing about the film as reports came from the set that the shot was hell on earth, that Oscar winner Francis Ford Coppola had made a terrible mistake by deciding to make the film. Worse he made the decision to shoot the film in the Philippines where he encountered wild weather and a war going on in the hills. The shoot was fraught with all sort of issues, beginning with the firing of actor Harvey Keitel cast as Willard, who was replaced by Martin Sheen who then suffered a massive, near fatal heart attack during the shoot, so serious he was administered the last rites. Sheen returned several weeks later and finished the film, but then Brando showed up hugely overweight and having not read the script..or so he said. He certainly knew enough about the character to spend hours discussing the role with Coppola on the set. Not the only actor to make waves, Dennis Hopper was doing every drug known to man at that time and was in very bad shape, argumentative and spaced out most of the time, which comes across in his frantic (however brilliant) performance.

The problems did not end there, as typhoons wiped out the sets of the Kurtz compound, the helicopters on loan from the government were routinely called off to fight the rebels, and the script was constantly be revised, especially during the Brando scenes. This of course was all documented by Eleanor Coppola and would later become the stunning documentary Hearts of Darkness (1990), possibly the greatest film ever made about the making of a movie.

Three years after filming began, Coppola announced the film would have its première at the 1979 Cannes Film Festival as an unfinished film, a work in progress he termed it. With all of Hollywood watching, waiting for his failure, the film unspooled to more than twenty-five hundred critics, industry types and world press. It is the only time in my lifetime I can remember a film being front page news, but the next day the papers screamed the audience reaction to Apocalypse Now (1979).

They sat stunned when the film had ended, and then the applause began, then they stood, wildly applauding Coppola for more than fifteen minutes. Critics were divided on the film, though most agreed that he had taken to a new art form, and that the picture was the definitive film on the war in Vet Nam. Coppola was triumphant and played the press like a well-worn fiddle. He told them that in many ways he experienced in the jungle what the Americans had experienced in Viet Nam, having too much equipment, too much access to money and little by little they went insane.

Insane or nor Coppola had created an extraordinary film, which opened in theaters in August of 1979 to immediate box office and strong reviews. Even critics who did not care for the film admitted they had not ever seen anything like it. 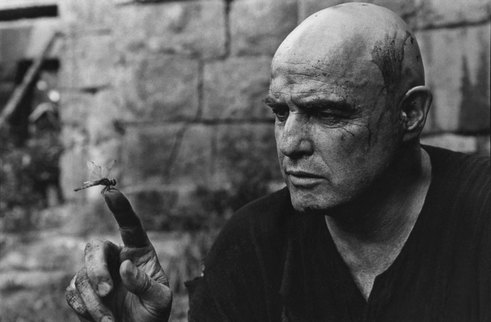 Willard (Martin Sheen) is an Army assassin sent into Cambodia to terminate Kurtz (Brando) a brilliant Colonel who has gone insane and set up his own army in the jungle. On his journey into that heart of darkness, Willard will see things and experience acts that allow him to see why Kurtz slipped into madness, and what he does not expect is that Kurtz has selected him to take over his reign, knowing Willard has seen his side. But Kurtz also knows he must die, and die he does as Willard slaughters him like a sacrificial cow, leaving the dying whispering, the horror…the horror…

There are so many scenes in the film that spring to mind when the title is mentioned, that startling opening, Willard in his room slowly going made waiting for a mission, Kilgore (Robert Duvall), the bombing of the village so the men can go surfing, the napalm scene on the beach with Kilgore, the tiger, the Do Lung bridge, the death of Clean and then Chief, and finally all the scenes at the Kurtz compound. They plunge us into the madness that was Viet Nam, a war that escalated out of control so quickly no one really understood how to end it.

Martin Sheen is superb as Willard, like a drug addict, hooked on killing, and when not on a mission in a sort of withdrawal alone in his hotel slowly going made. We watch the slow realization that Kurtz may not be mad at all, that he simply disconnected from the war in the only way he could. Equally fine is Brando as Kurtz, looking like a massive bald Buddha, seen mostly in shadows, haunted by what he has seen, by what he has done and knowing he cannot do it anymore. He feels his entire life has been a lie.
Best of all is Robert Duvall as Kilgore (love the name) a surfing loving nut who decides to obliterate an entire village so his men can surf. Strutting on the beach after the attack, oblivious to the bullets and bombs, he talks about loving the smell of napalm in the morning. He was one of those guys who knew he was not going to so much as a scratch over here, whispers Willard a little in awe and yet by Kilgore.

The film was nominated for eight Academy Awards, and incredibly would win just two for cinematography and best sound. Does anyone remember that Kramer vs Kramer (1979) won Best Picture and Best Director that year…I doubt it. One of those cases when a bonafide masterpiece loses Best Picture but remains iconic in the eyes of the audiences and critics through the years.
In 2001 Coppola released a longer version of the film which he entitled Apocalypse Now Redux (2001) editing back into the film fifty minutes of footage including the infamous French Plantation sequence, moments of WIllard stealing Kilgores surf board, the encounter with the Playboy bunnies in which they trade for sex, and some more scenes with Brando. Again Cannes was the site of the première and again the film drew rave reviews, making many ten best lists at year’s end. In many ways the film is stronger than the original, fleshing out the Willard character so we see him smile, have some fun, be light, rather wear the burden throughout, and of course we see Brando in full daylight, humanizing him. The famous French Plantation sequence allows us to see the crew on the boat encounter what is essentially ghosts from the past, Willard pulled into bed by a French woman to make love, to escape for a few hours the mission. It was a gutsy move for Coppola to add fifty minutes to a film already considered a masterpiece, somehow making it stronger.

A dark troubling film it remains a stunning work of art, and among the greatest films of all time. Out of the madness in the jungle came art, and Coppola has never been the same since. What a masterpiece…both of them.