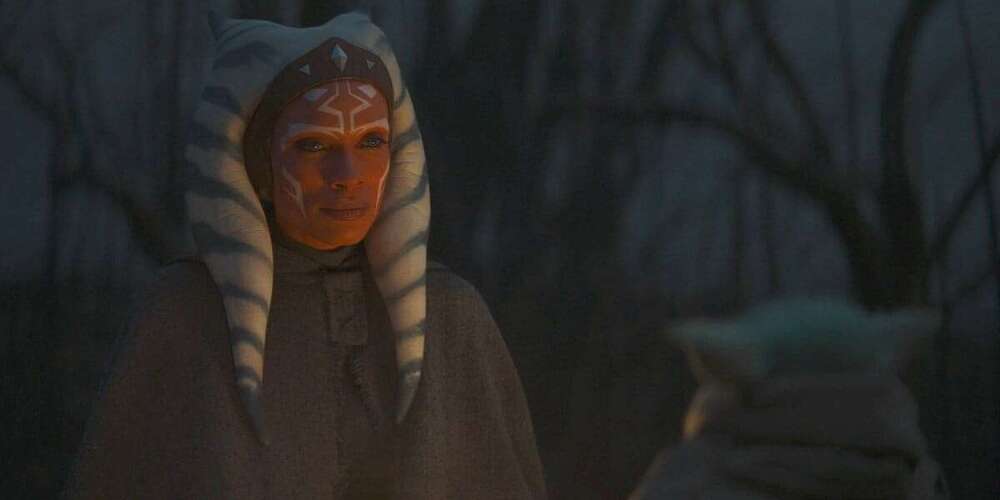 In season 2 episode 3 of ‘The Mandalorian’, Bo Katan Kryse tells Din Djarin to find Ahsoka Tano on the planet Corvus, in the city of Calodan. After spending the last few episodes searching for the Jedi so he may bring them the little green critter we know as The Child (Baby Yoda), Mando finally comes face to face with Ahsoka Tano, former Jedi and Anakin Skywalker’s Padawan.

Tano is a beloved fan favorite from the animated ‘Star Wars’ series ‘The Clone Wars’ and ‘Rebels,’ brought to life for live-action by Rosario Dawson. If you’re looking for more insight into the events of ‘The Mandalorian’ season 2 episode 5, we’ve got you covered. SPOILERS AHEAD!

‘The Mandalorian’ season 2 episode 5 is titled ‘The Jedi.’ It starts off with Ahsoka Tano thrashing her enemies, wielding her trademark double lightsabers in an effortlessly spectacular fashion. She seems to be in a tiff with the cruel Magistrate of Calodan, who tasks Mando with killing Tano when he arrives in the city. The Magistrate, an Imperial officer named Morgan Elsbeth, offers Mando a staff made out of pure beskar in exchange for him killing Tano.

In the forest outside the city walls, Mando finds the impressively fierce Ahsoka Tano, who only stops her assault on him when he tells her that Bo Katan sent him. Tano is able to communicate with The Child by sharing thoughts through the Force. She then relays the information to Din Djarin, finally answering some very important questions about The Child’s origins. His name, we find out, is Grogu (so we can finally stop referring to him as the nameless Child or Baby Yoda now), and he was raised in the Jedi Temple on Coruscant.

His training was left incomplete when Clone Protocol 66 was employed by Palpatine, commencing the Great Jedi Purge. Grogu was hidden by an unknown entity and survived the direct assault on the Jedi Temple by the newly-created Darth Vader. Grogu spent approximately 25 years alone and lost till Mando found him, a time during which the baby repressed his powers because of fear of detection. Ahsoka Tano tests out the baby’s powers of Force manipulation.

But seeing his profound emotional connection with Din Djarin, she refuses to train him, explaining that for individuals who’re strong with the Force, forming strong emotional bonds can be detrimental and make them vulnerable to the dark side. This is a direct reference to Anakin Skywalker’s fate, who gave in to his feelings of fear and anger and turned into Darth Vader, all because he formed a deep attachment to Padme Amidala. Nevertheless, Mando promises to help her take down the Magistrate in Calodan if she agrees to train Grogu in the ways of the Jedi.

Ahsoka Tano and Din Djarin team up to attack the Magistrate’s forces, and after an impressive one-on-one fight with Elsbeth, Tano is able to defeat her. Meanwhile, Mando frees the captive villagers. Once they’ve freed the city from the tyranny of Magistrate Elsbeth, Mando prepares the kid for a heartfelt goodbye. But again, Tano tells him that it’s best not to separate the kid from himself as Grogu thinks of Din Djarin as his father. She further instructs him to take Grogu to the ancient ruins of a Jedi Temple on the planet Tython and place him on the “seeing stone.”

Once there, Grogu can choose to reach out to other Jedi through the Force, and one of them would come looking for him and then train him. Tano says goodbye to Mando and the kid as they fly away on the Razor Crest. This sets the stage for the entry of other Jedi (Ezra Bridger from ‘Rebels’ perhaps, or maybe Luke Skywalker himself?) even though Tano says there aren’t many of them left. It is ultimately up to Grogu to decide whether he wants to be trained as Jedi or wants to live out his life adventuring with Mando (whose own life will be but a blip in Grogu’s long years).

It turns out, the baby’s backstory is much darker than what we could have imagined. Having escaped Order 66, which led to the galaxy-wide massacre of Jedi knights and the fall of the Jedi Order, Grogu was hidden away and basically left to survive on his own for 25 years, until Din Djarin discovered him. His fear over the years led him to repress his powers, explaining his fluctuating hold on the Force. Because the baby is already so attached to Mando, Tano says it’s best if they do not train him and let his powers fade away. 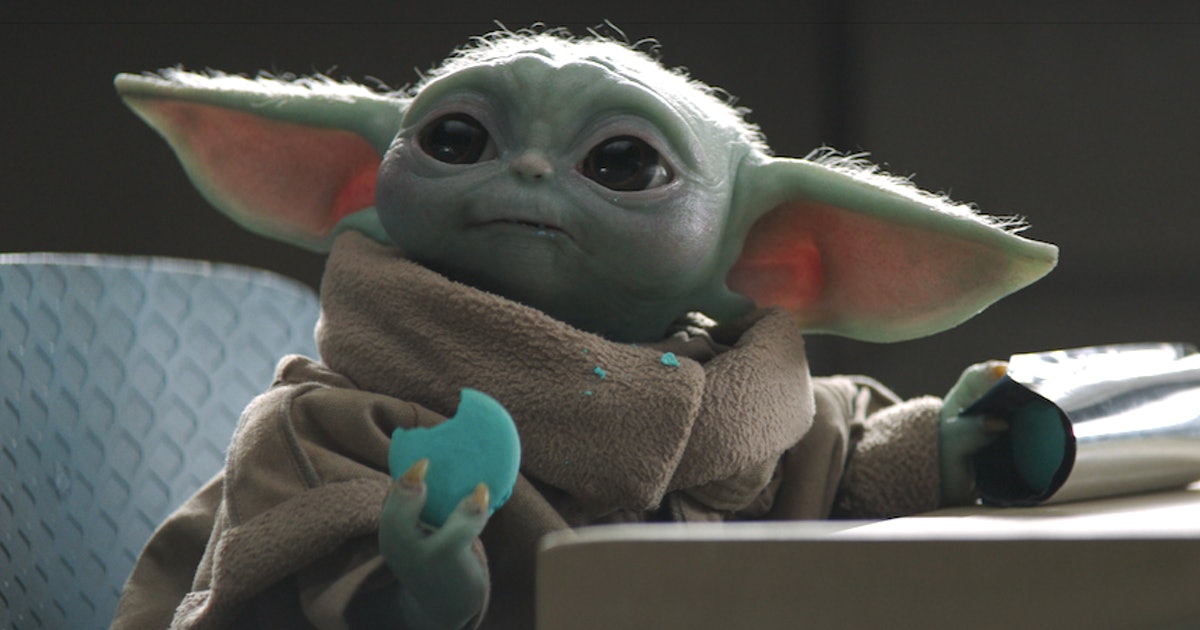 Fully-trained Jedi, if they lose control over their emotions, can end up becoming the most destructive forces of the Dark Side. Clearly, Baby Yoda is at risk of turning up like Anakin if his fear and love for Din Djarin get the better of him. Remember in season 1 when the baby almost choked Cara Dune to death because he thought Dune was hurting Mando as she and Mando engaged in some friendly arm-wrestling? Yeah, we believe Tano has a valid point here.

Once again, this episode of ‘The Mandalorian’ ties up the series with the greater Star Wars universe by dropping the name of one of the most beloved villains in the ‘Star Wars’ lore. After defeating Elsbeth in combat, Tano asks her where her master is. She then names him too, much to the fans’ delight – Grand Admiral Thrawn. To give you a bit of a background, Thrawn is a major antagonist in the ‘Star Wars’ franchise. Grand Admiral Thrawn first appeared in the 1991 Timothy Zahn novel ‘Heir to the Empire.’ 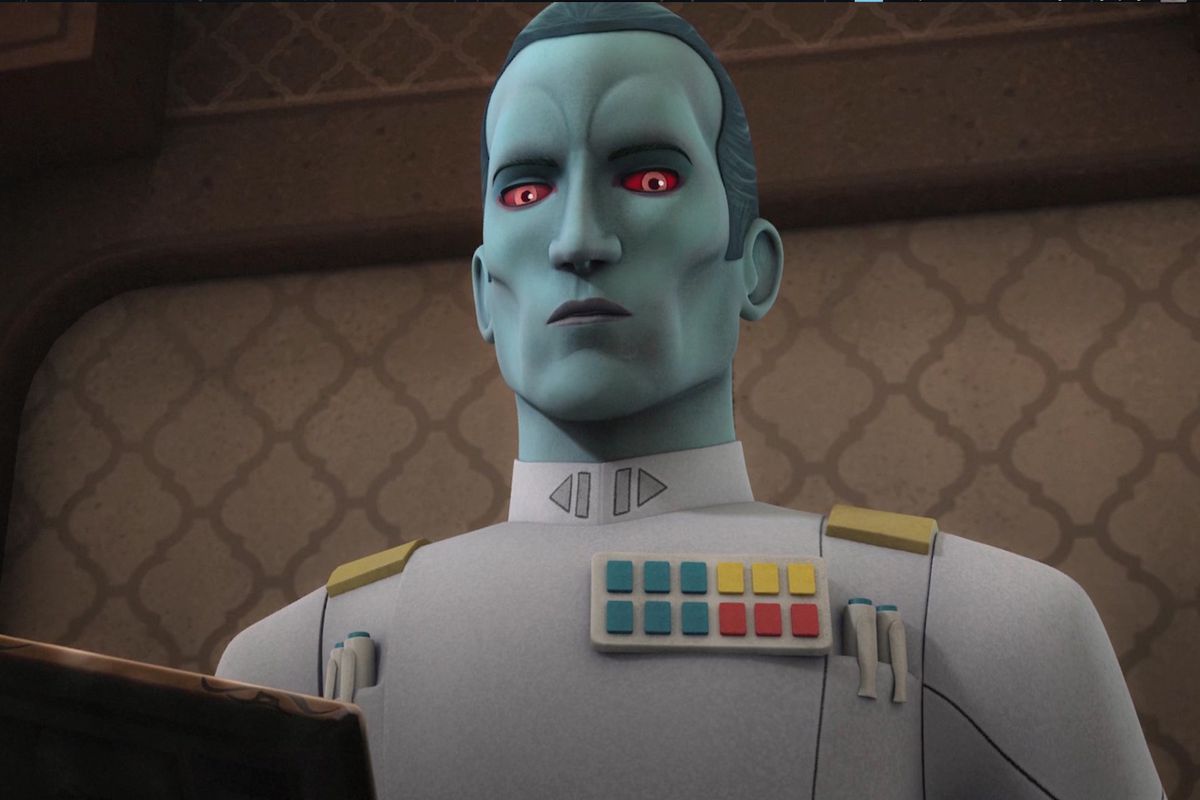 He is an Imperial military commander who takes control of the Galactic Empire’s remaining forces, five years after the destruction of the second Death Star and the death of Darth Vader. This is precisely the period during which the story of ‘The Mandalorian’ is also set, five years after the events of the film ‘Return of the Jedi.’ So, it seems that either Thrawn is set to make an appearance in ‘The Mandalorian,’ or Ahsoka Tano (along with associates Sabine Wren and Bo Katan) might be getting her own spin-off series soon.