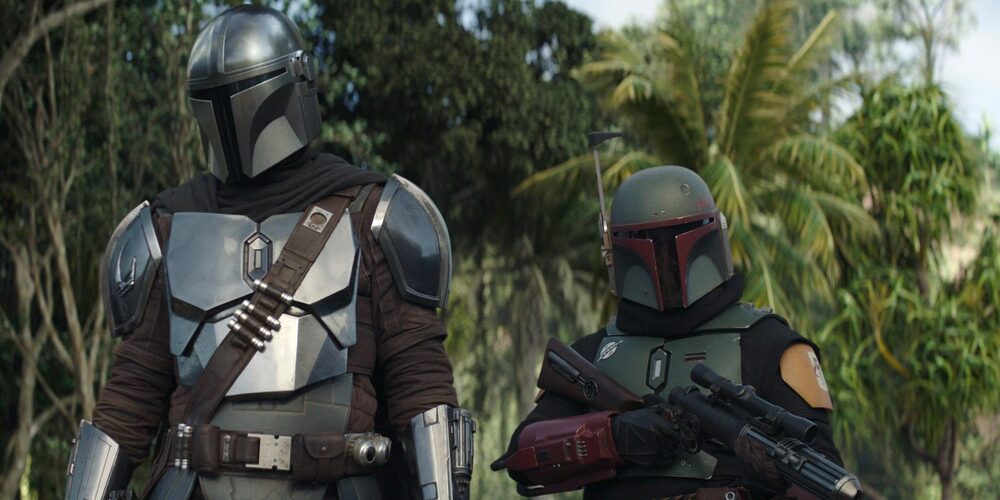 ‘The Mandalorian’ season 2 episode 6 left most of us freaking out over the kidnap of Grogu. Mando and Grogu go to the ancient Jedi temple on the planet Tython, but as Mando joins forces with Boba Fett and Fennec Shand to fend off a sudden Stormtrooper attack, Moff Gideon’s Dark Troopers descend and take the baby. Having Mando and Grogu separated from each other is like a cruel kick to the chest.

However, Mando already has a plan formulated by the end of the last episode to get him back. So the latest (and penultimate) episode – ‘The Mandalorian’ season 2 episode 7 – is entirely dedicated to Mando’s plan. If you’re looking to make better sense of the latest episode’s ending, you’re in luck because we break it down for you in this article ahead. SPOILERS AHEAD.

With the help of Cara Dune (who’s gone as a New Republic marshal), Mando springs ex-Imperial sharpshooter Migs Mayfeld from his prison because they need Mayfeld to use his Imperial access and get the coordinates to Moff Gideon’s cruiser. For this purpose, the group goes to the planet Morak (which has a secret Imperial Remnant mining base), where Mayfeld will need access to an Imperial terminal. 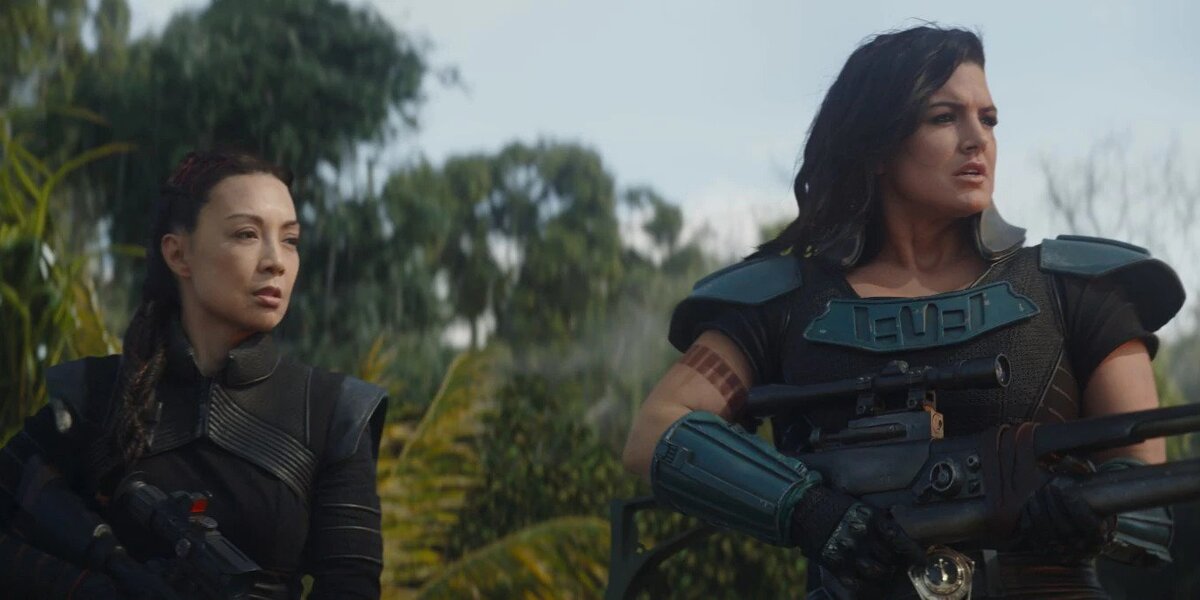 Since Dune, Shand, and Fett are all on the Imperial Security Bureau’s radar and cannot show their faces, Mando decides to accompany Mayfeld to the base.Mando has to make a profound personal sacrifice when the plan requires him to remove his helmet and show his face. Things go wrong at the base after Mando retrieves the information they want, when Mayfeld shoots his old commanding officer, who is bragging about the Empire’s role in galaxy-wide atrocities.

As Dune and Shand provide sniper cover from a distance, Mando and Mayfeld manage to escape to the roof where Boba Fett picks them up in his ship Slave I. Mayfeld blows up the entire Imperial base with one well-aimed shot. Impressed by Mayfeld’s turnaround, Cara Dune lets him go, and Mando sends a message to Moff Gideon, warning him that he’s coming for the kid.

Through Bill Burr’s Migs Mayfeld, this episode ponders the question of crossing the lines we set for ourselves as long as we can sleep peacefully at night. According to Mayfeld, everyone has something that’s more precious to them than their own beliefs and principles. For Mando, it’s the child. We always knew as an audience that he loves the kid enough to even die for him. 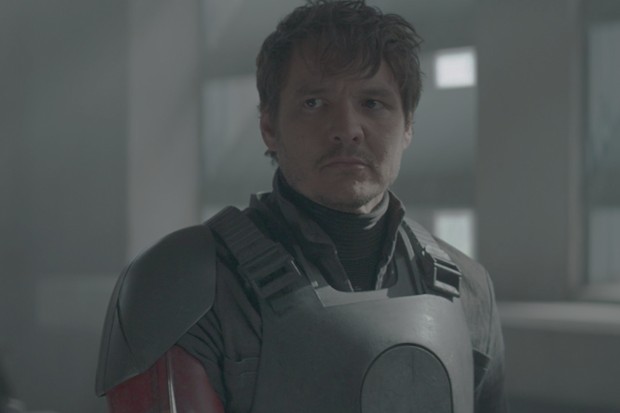 However, it’s still a shock (a pleasant one) when Mando takes off his helmet and reveals his face for a few long minutes in order to save their plan from failing miserably. When the Imperial terminal requires a face scan before it divulges the info that Mando wants, Mando doesn’t take more than half a second before taking off his helmet and presenting Pedro Pascal’s handsome mug to the machine.

Is This The Way?

Ever since the very beginning of the show, the one thing that Mando has constantly clung to is “the Mandalorian Way”. Their first and foremost rule is – never show your face to anyone. This basically means dinner dates and kisses are out the window (the Mandalorians seem like an unromantic type). But this particular belief is challenged when Mando meets Bo Katan Kryse earlier in the second season.

She tells him that the people who don’t show their faces are part of a purist cult, and the rest of Mandalore has no problems with revealing their faces. Ever since that meeting with Bo Katan, Mando’s belief system has been slowly and subtly eroding to the point where he starts to internally question if this is truly “the way”. When it’s Baby Yoda at stake, it really doesn’t matter who sees Mando’s face.

Operation Cinder is an evil Imperial operation that was carried out in the aftermath of Palpatine’s “death” in ‘Star Wars: Return of the Jedi’. The satellites orbiting various Imperial planets deliberately caused massive electrical storms and other drastic climate changes to wreck those worlds, just to cause chaos that the New Republic would not be able to handle. The idea was to disrupt the formation of a replacement government and rally the remaining Imperial forces before they were rebranded into the First Order.

Mayfeld’s ex-commanding officer Valin Hess was one of the officials who carried out the atrocious Operation Cinder and, therefore, was personally responsible for the deaths of thousands of his own troops, men that Mayfeld used to work alongside. When Hess starts to greasily praise the Empire’s ruthless actions, Mayfeld snaps and shoots him dead. Which, honestly, is okay by us. Good for Mayfeld! To further soothe his conscience, Mayfeld also blows up the entire Imperial base. 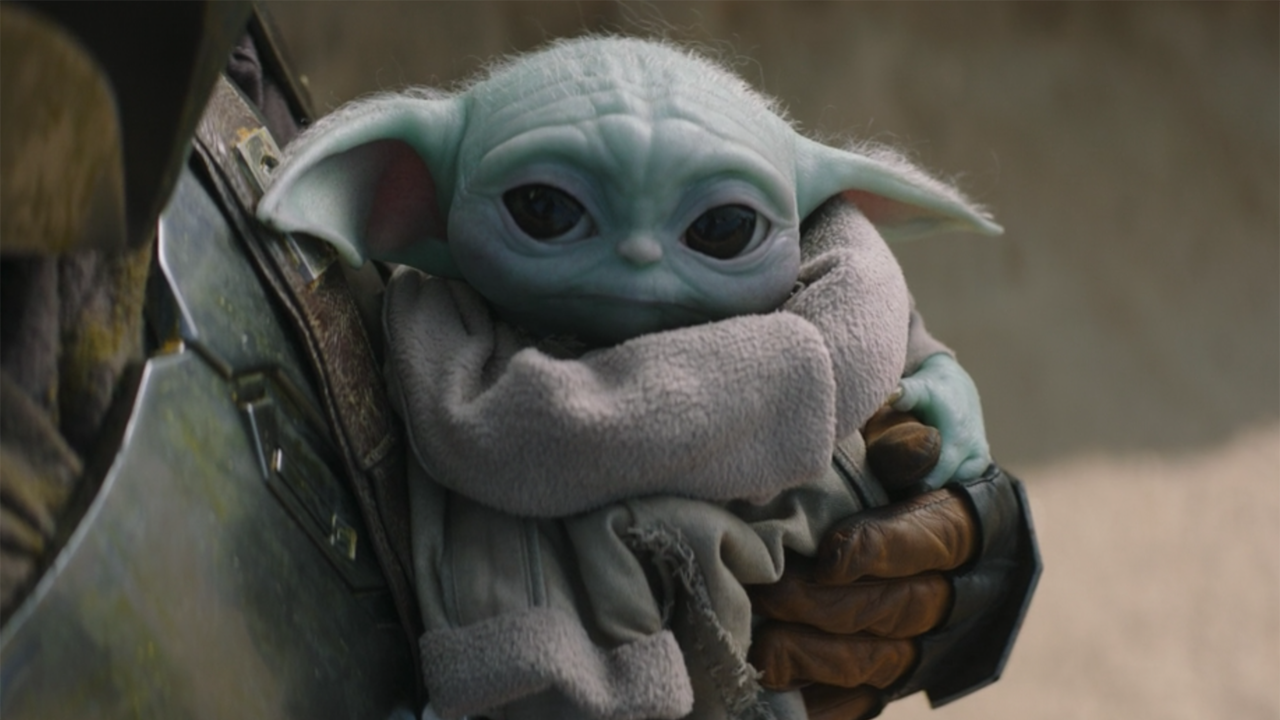 In an unexpectedly sassy gesture, Mando turns Moff Gideon’s own words from season 1 to deliver a chilling message – “You have something I want. You may think you have some idea what you are in possession of, but you do not. Soon, he will be back with me. He means more to me than you will ever know.” Clearly, Mando is not planning a sneak attack this time if he’s forewarning Gideon. Let’s hope this means Mando has a solid plan that he’s confident about. Of course, there is a chance that things won’t go according to the plan in the next episode. That’s fine, as long as Grogu ends up back by Mando’s side.

The Empire Saves The Day

Though this scene is not strictly part of the episode’s ending, it does merit a mention, through the sheer weirdness of its nature. When Mando and Mayfeld are at the point of being blown up by some surprisingly relentless pirates, the pirates are suddenly shot down by reinforcements that are Imperial Stormtroopers and a couple of TIE fighters! The scene is set to some epic music, and you find yourself cheering and whooping, until you realize that the Stormtroopers just saved the day. And that, dear reader, is all kinds of weird.