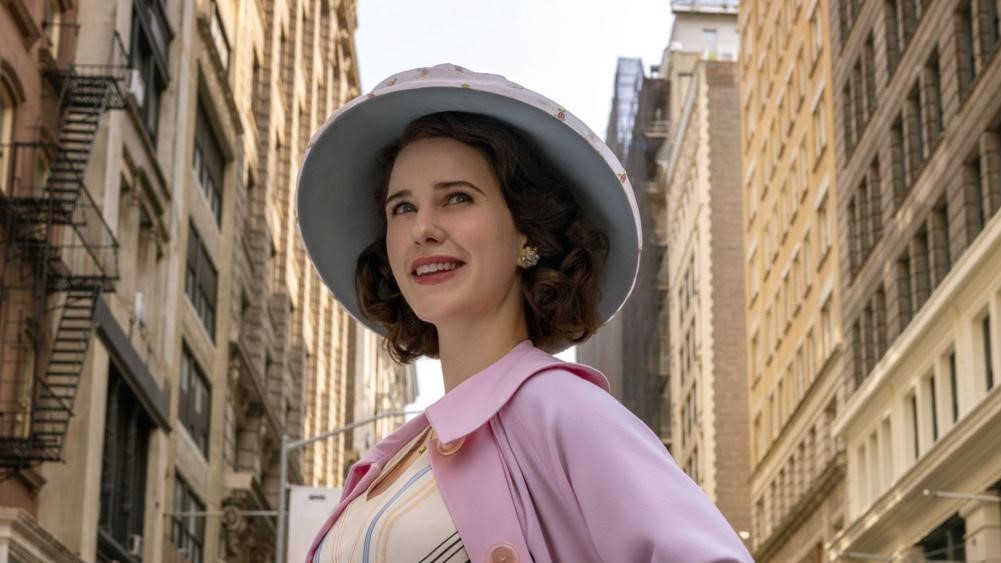 Ah, the third season finale of ‘The Marvelous Mrs. Maisel’. How the things come undone! With everything going so well for Midge this season, especially career-wise, the finale feels like a magical reversal portion that leaves us caught off-guard in its final moments, changing the course of this stand-up fairy-tale. With Midge’s performance for Shy backfiring, and with all that’s on stake, the finale definitely leaves us wanting more, and eagerly waiting for another season.

The latest season of the show has been one wild ride. Beginning like a sugar rush, it mellowed down as it dug deeper, becoming self-conscious and socially aware even in its brilliant self-indulgence. Just like the season, Midge evolves too, becoming self-conscious and socially aware in her self-indulgence. The finale, then, only adds to that, offering her an important life-lesson and more scope for growth.

The season finale of ‘The Marvelous Mrs. Maisel’ opens with a recap. The scenes shift from younger Midge and Joel, to older Midge and Joel as they discuss the futures of their kids because of their financial issues. Midge prepares for the second leg of her tour, while Joel prepares for the grand opening to his club. Though things are not entirely right yet, they do seem to be falling into place.

The club’s opening is a big success, and we have Mei and Joel making up. We also have Midge and Mei meeting for the first time. Midge performs an improv set at the club and appreciates Joel. The episode also has Midge making a deal with Moishe about the apartment she owned previously. She wants to buy it back from all the money she saved, for herself, her kids and her parents, and leaves back her contract as a collateral.

On the other hand, things do not seem to be going too well for Susie after “Miss Julie” bombed. She learns from Tess that their mother passed away, offering us some good ol’ morbid humour. She also learns that their mother left the two of them her house. But then, things get darker as she realizes she lost a good chunk of money gambling, leading her to breakdown in her apartment.

Susie then goes to meet Joel, and asks him to deal with all of Midge’s finances till Susie is sorting herself out as she doesn’t trust herself with money. It is also revealed in this scene, through Susie, that Joel still loves Midge. Susie later leaves to her home-town, where she and Tess burn their mother’s house down in order to get the insurance money to help get Susie out of this mess.

Meanwhile, the Weissmans have their own dilemmas as Abe begins to feel disheartened, and questions if words make any difference at all. This doesn’t last very long, as he is attacked by a producer with tomatoes, which Abe describes as “the most wonderful thing” because he realizes that his words do impact people. A world new possibilities open up for him towards the end of the episode when he gets an opportunity to work as a theatre critic for a paper.

Similarly, Rose realizes her natural brilliance when it comes to match-making and decides to pursue it professionally. But she also tries to set Benjamin up with another girl, which completely backfires. And finally, the elephant in the room is properly addressed as Benjamin confronts Midge, and we finally learn about their break-up, and Midge’s letter. This, ultimately leads to Midge directly confronting her mother and addressing another elephant in the room, her mother’s disapproval and disappointment for her. The scene becomes a crucial one because of Midge’s meltdown. Though things do not get sorted out, Rose and Midge share a moment  about how they both want to take control of their own lives.

The most important scenes of the episode take place as Midge goes to Apollo Theatre, Harlem, to open for Shy Baldwin. After watching Moms Mabley perform and realizing that Midge accidentally replaced her, Midge starts having second-thoughts about her performance at Harlem. She thinks it would be disrespectful towards Moms, and that Midge doesn’t belong there. But Reggie pushes her despite her nervousness, and suggests that she talks about Shy as it’s his home-crowd. But this badly backfires, as Reggie doesn’t know Midge is aware of Shy’s homosexuality.

Even though Midge’s intentions are nothing but genuine, and she nothing but compliments Shy in her act, she lets it slip indirectly with her constant comparisons, like the bit on Judy Garland shoes. Of course, its subtle and no one really gets it. But Shy does, and that’s enough. Shy cancels their contract and continues with his tour without them. The season finale ends with Midge and Susie left behind as they watch the flight take off, with the last scene undoing all that it built it up this season, leaving the viewers with a cliffhanger and obvious questions about what comes next.

Well, what can I say? It isn’t ‘Mrs. Maisel’ if things do not take an unexpected turn towards the end of the season. Midge losing her contract with Shy Baldwin over her performance even when she didn’t mean any harm, does sting a little. But it also serves as a reminder for Midge to learn to make and maintain certain boundaries over the personal and professional, at least sometimes. She needs to think before she speaks, and the consequences of her words.

Or maybe, that’s the part and parcel of her life as a comedian, maybe that’s just who she is, and her personal will always be professional. Either way, because of her comic act, and despite her genuine intention, Midge not only loses the contract that was her road to success, but also loses a friend she valued. Maybe this serves a lesson for Midge, which she learns the hard way.

The season finale resolved all of its primary conflicts and addressed all the elephants in room, leading it to be an episode filled with necessary confrontations, especially between Midge and Benjamin, and Midge and Rose. But with its final scene, it opens up more conflicts and questions, leaving us with them. With Midge losing her contract, a lot more things are at stake than what initially appears, because of both Midge and Susie struggling financially. What happens to the apartment now (as Midge left her contract as a collateral)? Will she be able to support her family? How will Susie get out of this gambling mess? Is there a way to fix this? Will Shy and forgive Midge? Let’s hope for a fourth season to answer that.