From ‘Hannibal‘ to Patrick Bateman from ‘American Psycho‘, psychopaths in movies and TV shows have always been luring viewers with their depiction of the darker side of human nature. And it’s not like we aspire to be like them or intend to act out their malevolent motives, but there sure is something about these characters that we truly admire; especially when the actors playing them manage to perfectly encapsulate the inner working of a typical psychopath.

‘The Occupant‘ does something similar and represents how a man chooses to conform to his deepest impulses during moments of crisis and walks down a very dark path. So further down in this article, we’ll be explaining his character in context with the overarching plot and also how it leads up to the film’s conclusion. 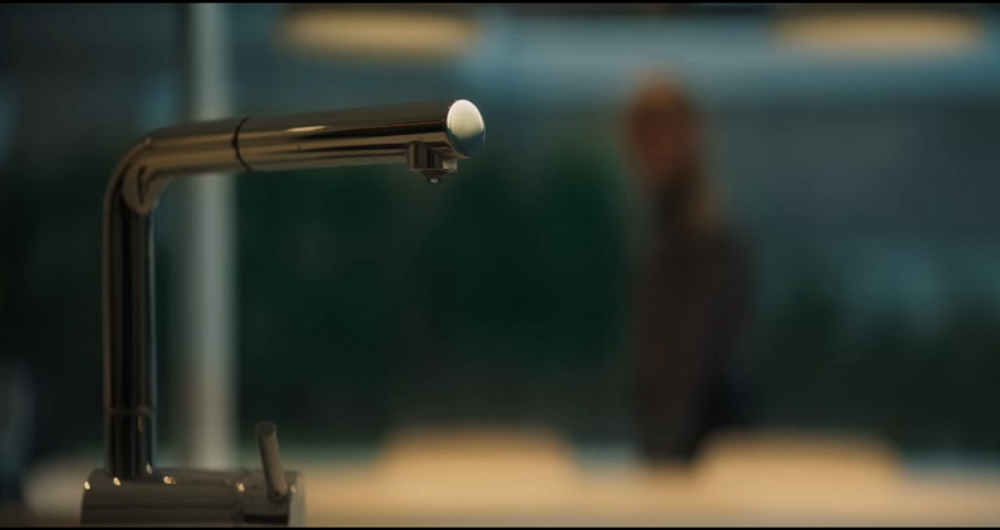 In the early moments of the movie itself, it is established that Javier is not satisfied with his new life. In several scenes, a stark contrast is created between Javier’s old and current lifestyle. One scene, in particular, shows a leaking tap at his old luxurious home and then after he moves to his new home, a very similar scene is depicted in which he glares at a leaky tap in his kitchen. The only difference between the two scenes is that the tap of his old home is stainless and very well represents his old life, while the tap in the other scene is rusty and reflects on his present mediocre life.

Javier gets so absorbed in his luxuries that he forgets about everything else he ever valued. Using a spare set of keys, he keeps revisiting his old home when its occupants are not around. As his obsession with his old life grows, he enviously admires everything that Tomas has. When he goes through his computer, he discovers that Tomas had some serious drinking problems in the past and using this to his advantage, Javier sets out to sabotage his life. And with this, he not only intends to get his old home back but is also determined to get Tomas’ wife and daughter as well.

Earlier in the movie, Javier tries to take his own son out for a run just to make him lose some weight so that he’s not bullied in school anymore. But his wife seems to have a problem with this and does not agree with his methods. In contrast to this, despite Tomas’ previous alcohol addictions, his wife supports him no matter what. Even Tomas’ daughter practices ballet and seems to be the exact opposite of Javier’s son, who just plays video games at home all day. Subconsciously, Javier realizes that he hates pretty much everything that he currently has and all he wants is to live Tomas’ life. This is when he begins to go down a dark downward spiral of envy which forces him to pull off a sinister plan.

A representation of Javier’s Psychopathy

Javier first follows Tomas to his alcohol recovery group therapy sessions and pretends to be an alcoholic himself. He then befriends Tomas to be able to directly interact with his family. After meeting his family, he creates misunderstandings between Tomas and his wife by convincing her that he’s still an alcoholic. While he’s executing this, Javier seems to tick all the right boxes which prove that he is a psychopath. When he leaves his own family just to live his old lavish life, he shows how shallow he is when it comes to having feelings or emotions of any kind. Not even once does he question his intentions and shows a weak ability to defer gratification.

With a very innocent demeanor, he walks around with a superficial charm that not only fools his own wife but later ends up manipulating Tomas’ wife as well. Almost the entire movie is a representation of his grandiose sense of self-worth. Despite not being able to afford his old lifestyle, he firmly believes that he’s better than Tomas and even thinks he’s better off without his own family. And of course, the scene in which his ex-wife later threatens him that she’ll tell the police about everything he has done, he does not flinch once when he blackmails her that he’ll take away their son’s college funds and spend it all on a lawyer. This shows how negligent he is towards being responsible for his own family.

The Ending: A lack of empathy, guilt or remorse

In the final moments of the film, Javier can be seen in his old lifestyle all over again. He starts working for a top-notch advertising company, he’s with a new wife who does not question his ways, he has a daughter who he feels is better than his real son, and most of all, he has his old home back. In the closing scenes, Javier looks at the stainless tap in his kitchen and finally feels satisfied with his life. He then opens the automatic shades of his new home and admires the view outside his window.

This again contrasts the scene at the beginning of the film in which he does the same before leaving this home. Even at this point, after completely ignoring his old family and even murdering an innocent man, Javier shows no guilt or remorse for what he has done. In fact, he seems proud of what he has managed to achieve. This closing scene just affirms that he’ll probably do it all over again if he has to but he’ll make sure that his perfect life is never taken away from him again.