The Promised Neverland Season 2 Episode 4: What to Expect?

Based on the namesake Japanese manga series written by Kaiu Shirai and illustrated by Posuka Demizu, ‘The Promised Neverland’ is a sci-fi horror anime. The story begins in 2045. A group of 38 orphans lives in the picturesque and self-sustained facility called Grace Field House. They are not allowed to go outside and have to be content with playing with each other inside Grace Field’s premises. However, they soon learn that they are being raised to be served as food to the demons, who control their part of the world. The 1st season concluded with the children’s escape from the facility. In season 2, the story follows the children as they search for the gateway to the human world.

Funimation also has Portuguese (Brazil) and Spanish (Mexican) subtitled versions for its viewers in South America. French, German, and Russian viewers can watch the series with their respective language subtitles on Wakanim. Viewers in Southeast Asia can watch season 2 on iQIYI. Italian viewers can catch the series with Italian subtitles on VVVVID. An English dubbed version of season 1 is also available on Funimation.

Episode 3 begins with Emma showing photographs of her family to Mujika. She asks the demoness why she and Sonju are physically different from other demons. Realizing that her question is somewhat insensitive, Emma immediately apologizes. Mujika assures her that she isn’t offended and explains that their appearances have been warped for about a thousand years. She says that she sees humans not as food, as they are different from other living beings. Later that night, Ray tries to access another segment of the information within the Minerva pen but fails. 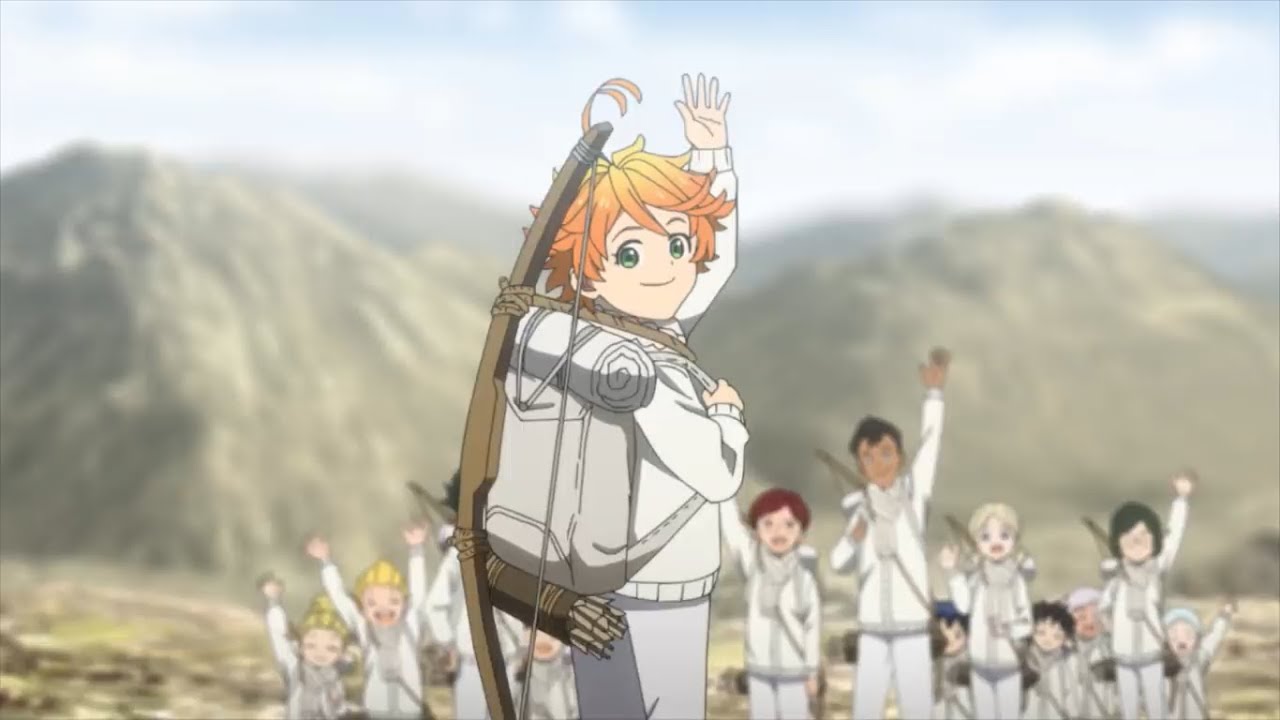 Before the children part ways from the two demons, Mujika gives Emma an amulet, telling her that it will protect her. After they leave, Mujika observes that she and Sonju could have lived in comfort for at least 6 months if they had returned them to Grace Field. However, Sonju thinks that it is ultimately a good thing that they let the children go. These children will grow up, and then they will have brilliant and athletic children of their own in the wild.

Unlike Mujika, Sonju still wants to consume human flesh someday and believes that hunting humans for food is allowed in their religion. He then goes and kills the two demons who were on the children’s trail. Emma, Ray, and others make their way through the wasteland. But when they arrive at the location indicated by the pen, it’s just empty land. Ray takes the pen out, and this time, he can access that information, which reveals that there is a bunker under their feet.

When they get in, the children discover that the place has electricity, water, and enough provision to last them at least a couple of years. They also find several passageways in the facility. One of them is in an attic where the word “HELP” is written on the walls in large letters. Another passageway leads to a telephone booth. The phone rings, and when Emma picks it up, a man on the other end of the call introduces himself as William Minerva. In episode 4, the children might solve some of the mysteries of their new home. Emma might discover whether she is really speaking to Minerva or not.