The Promised Neverland Season 2 Episode 5: What to Expect?

Developed from a manga series written by Kaiu Shirai and illustrated by Posuka Demizu, ‘The Promised Neverland’ is a sci-fi horror anime that epitomizes suspenseful storytelling. Every episode ends with new mysteries and unanswered questions, leaving the viewers wanting more. It originally premiered on January 11, 2019. Season 2 began airing on January 8, 2021. Here is everything you need to know about the upcoming episode of ‘The Promised Neverland.’

Episode 4 begins with Emma picking up the phone inside the underground shelter. When she hears the caller introducing himself as William Minerva, she is extremely excited, but the children soon realize that it’s a recording. Minerva explains that his real name is James Ratri, and he was involved in the farming system. One day, he left it all in disgust. He has built the bunker to serve as a shelter for the escaped children. He also says that the children can get to the human world by using the pen. All they have to do is to type in the word “Future.” 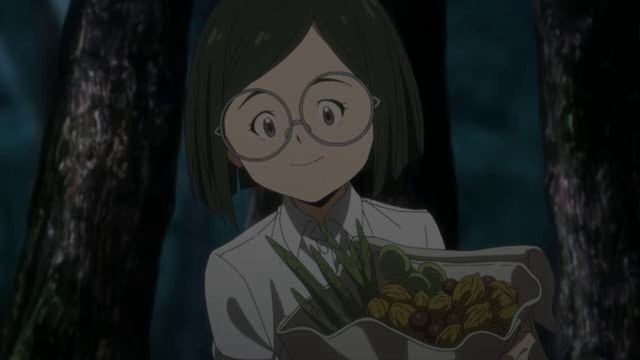 Later, Ray accesses the data by using the code and discovers that it’s a detailed map. Emma declares that they will make the underground complex their base and later rescue Phil and their other siblings from Grace Field and other children from the other farms. After that, they all will leave for the human world. The children begin to live their lives in the shelter, hunting, exploring, foraging, and enhancing their skills. 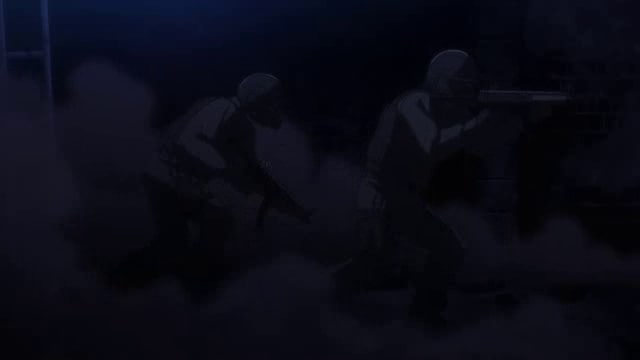 Meanwhile, Isabella has been kept in a cell since the children escaped. Two demons approach the cell along with a woman whom Isabella recognizes as “Grandma.” The latter woman reveals her plan of capturing the children. The scene then shifts to the shelter. Late one night, the shelter is attacked by humans in military gear. They ultimately manage to capture the children outside the shelter. However, these adult humans soon get attacked by a colossal demon emerging from the forest. As the children start to escape into the forest, Ray shoots into one of the demon’s eyes.

In the holding facility, Isabella accepts the proposal of hunting down the children herself in exchange for complete freedom, claiming that the children have betrayed her. In episode 5, we might see where the colossal demon has come from and how the children survive their encounter with it. Isabella might start searching for the children in the next episode.