The Promised Neverland Season 2 Episode 8: What to Expect?

‘The Promised Neverland’ is a dark fantasy horror anime that tells the story of a world in which human children are raised on farms and later served as food to the demons. Years ago, there was a great war between humans and demons. It ended after both races signed a treaty known as “The Promise.” It was decided that the races would live in separate worlds. But some humans were left behind to be the food source for the demons.

The story follows some young descendants of the people who were left behind. The descendants discover the truth about their world and escape from the farm called Grace Field House. They hope that they will safely reach the human world. The anime premiered on January 11, 2019. Season 2 began airing on January 8, 2021. Here is everything you need to know about the upcoming episode of ‘The Promised Neverland.’

In episode 7, Norman is stunned after learning that Mujika is still alive. He explains to Emma and Ray that a drop of the demoness’ blood can cure a demon’s degenerative disease. Mujika cured the entire population of several villages with her gift, but when the Demon King and nobles found out, they killed and ate every last demon that she cured. Ray correctly figures out that this was done by the ruling class of demon society to maintain control over it. 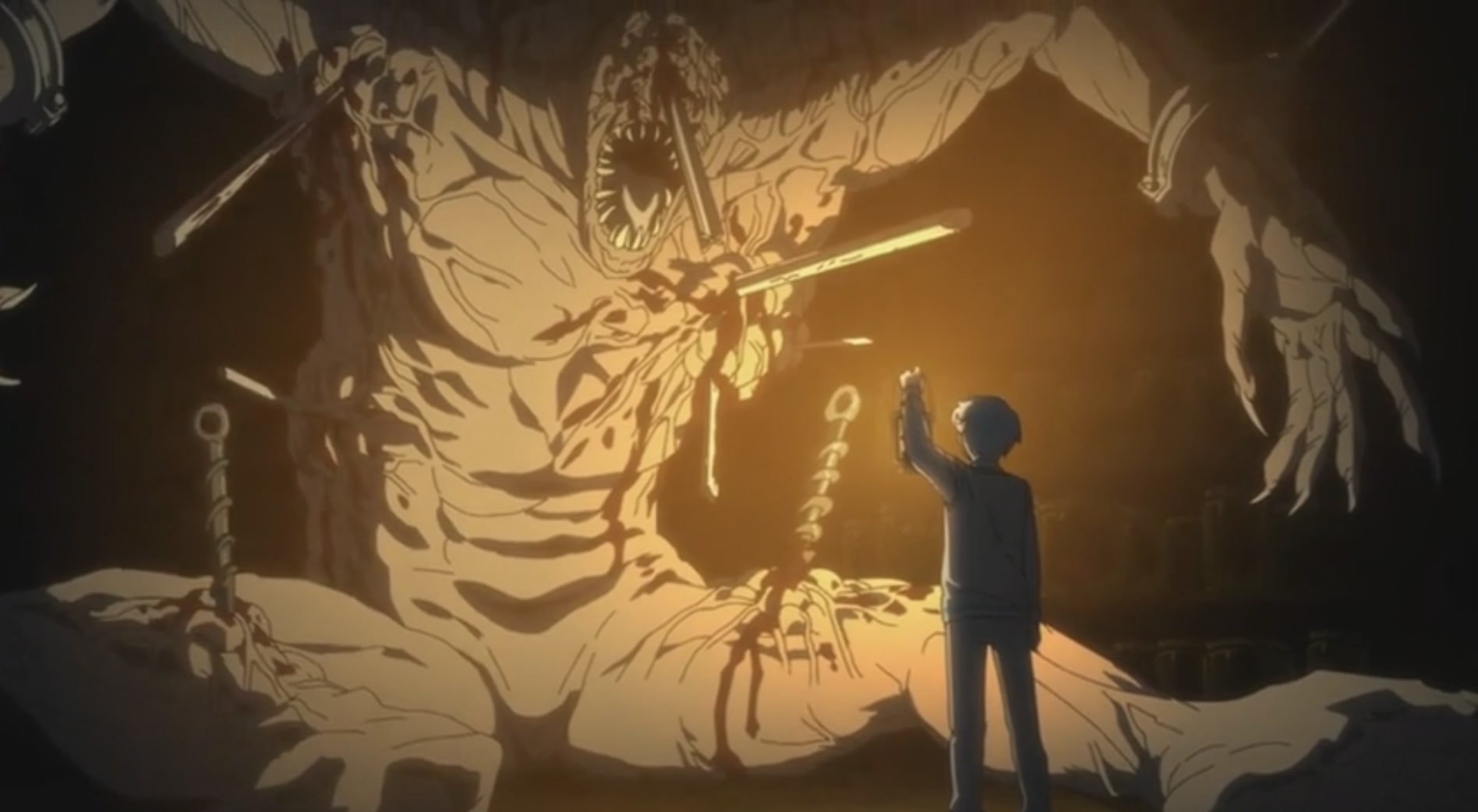 Emma seemingly convinces Norman to give her five days to find Mujika. But after she and Ray leave, Norman tells his associates that he has come too far to back out now. The barely-lit room where they converse is filled with jars containing demon parts. There is also a carcass of a colossal demon with signs of torture and experiments on it.

Emma and Ray go back to the ruin to inform the other children about their conversation with Norman. They then go out with Hilda and Don to look for Mujika and Sonju. Meanwhile, Norman coughs up blood, likely due to the experiments done on him. The episode ends with a flashback to Norman’s last day on Grace Field. After he says his goodbyes, Isabella leads him to a room, where a male voice greets him. in episode 9, we might finally learn what Norman had to endure when he was at Lambda.