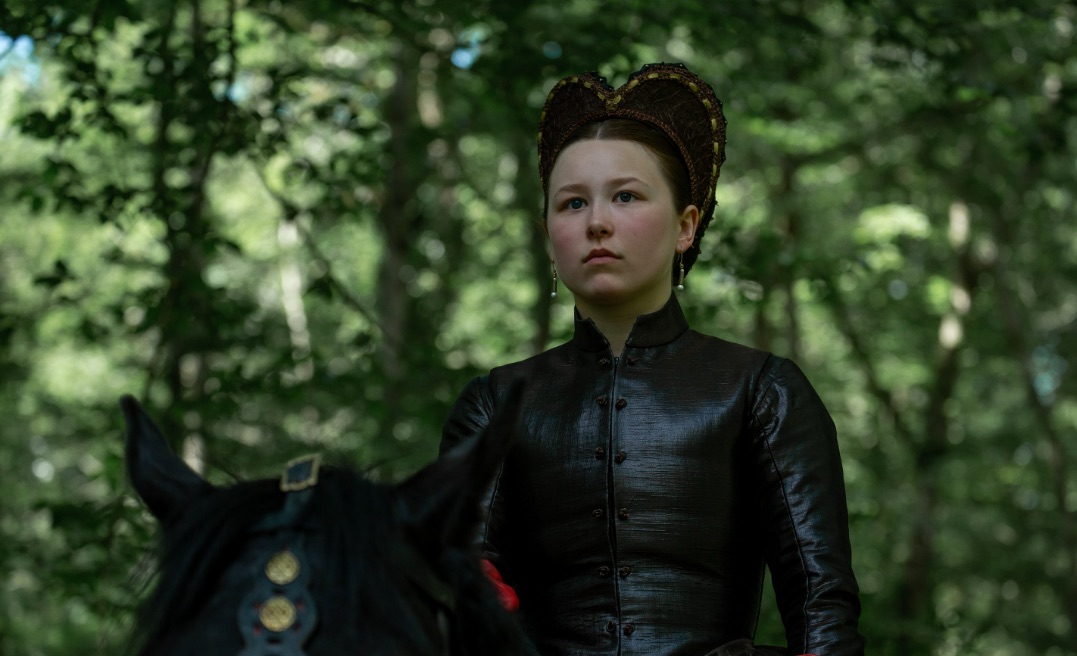 Starz’s ‘The Serpent Queen’ follows the rise of Catherine de Medici in the French court. The show follows her story from the beginning, after the tragic fall of her family, and how she is married off to the younger son of the King of France. A lot of things are riding against Catherine, but despite this, she elevates her status to become the most powerful person in France. What turned an innocent teenager into a cunning and fearsome queen? With every episode, the show peels the layers of Catherine’s story and brings us closer to the answer. The events of the second episode take a step further in establishing her as a force to be reckoned with. Here’s what it means for Catherine. SPOILERS AHEAD

Having discovered Henry and Diane’s love affair, Catherine tries to get Henry to visit her and spend more time with her. The more he stays away from her, the less her chances are of getting pregnant, and Catherine needs to be with child as soon as possible because her uncle, Pope Clement VII, is dead and there is no one who can pay her dowry now. As the King starts to consider a replacement wife for Henry, Diane tries to turn the tide in her favor. She tries to get Henry to marry her, but Catherine’s quick thinking puts a stop to her plans. Still, Diane continues to be Catherine’s biggest problem.

While Henry warms up to her, Catherine feels a constant pushback from Diane, who has now also secured a spy in her inner circle. She knows every little detail about Catherine, which makes it more difficult for the young Medici to win her husband’s heart. A visit from the Prussian princesses, who are considered a match for Henry and his older brother, worries both Catherine and Diane. When a pleasant outing with the princesses turns into a bloody affair, Catherine realizes just how much of a hold Diaane actually has on Henry. In the end, she comes up with her own scheme to make the situation favorable for herself.

The Serpent Queen Episode 2 Ending: What Does Henry Going to War Mean for Catherine?

When Catherine came to France, she had been a trade-off arranged by her uncle. Her dowry was the only thing keeping her in France, but with that out of the window, Catherine has to come up with all sorts of ways to maintain her position in the French court. She has the humungous task of convincing everyone, mainly the King, why she shouldn’t simply be replaced by another, better prospect for Henry. She has the advantage in this situation because the King already seems to have a soft spot for her, and by the end of the episode, she makes it clear that she should not be underestimated by anyone.

Getting herself pregnant is the safest and most effective solution to Catherine’s problems. She has succeeded in convincing Henry to do his husbandly duties, despite Diane’s constant efforts to keep the two of them apart. Still, the threat of Henry’s second marriage looms on her until she actually gives him an heir. While this scheme is in the process, Catherine looks for other ways to win Henry’s heart and convince the King to not look for a replacement daughter-in-law just yet.

Considering that her dowry had stirred this trouble for her, she finds a way around it. All the things that were promised by Pope Clement VII in exchange for wedding Catherine to Henry are still in Italy, with whom France is already in a rather unamicable position. In addition to the inner court politics, a lot of turmoil is going on outside, between France and Italy, and to turn the tide in its favor, France needs an ally, someone who can help them win the war, no matter if it is brought to their doorstep or if they take it to the Italians. Catherine finds an answer in the Ottomans.

She meets the Ottomans in secret and strikes a deal, which facilitates the alliance with France. It is not known what she offers in return, but whatever it is, she doesn’t find it too pricey to relieve her situation. Once the deal is sealed, Catherine convinces Henry to take up arms against Italy and go take what was owed to him rather than wait for it to come to him. This act will show his father that he is not a cowardly person and would certainly uplift his image in front of the entire court. To make his father feel better about him is Henry’s soft spot and Catherine intelligently makes use of it. This advice, once it actually works in Henry’s favor, will also prove to him that Catherine can be much more useful to him instead of just having his babies. She needs this goodwill with Henry, especially if she is to overthrow Diane from his heart.

While it looks like Catherine went through all of this trouble just for Henry’s sake, in reality, she is motivated by her own survival. She is under the immense pressure of getting pregnant. If her husband is not around, no one will chide her about the delay in producing a child. Rather, everyone will sympathize with her considering that her husband is off fighting a war. So, as long as Henry is away, Catherine is safe, especially now that the King has assured her that she will be taken care of. Should Henry come back victorious, it will be a great boost for Catherine as well. Should he die in battle, it’ll still be a win. She will be a young widow, with no pressure of children and no threat of being sold off or sent back to Italy haunting her. As Diane explained to her previously, she will be freer than she has ever been. All in all, it is a win-win situation for the Medici girl.