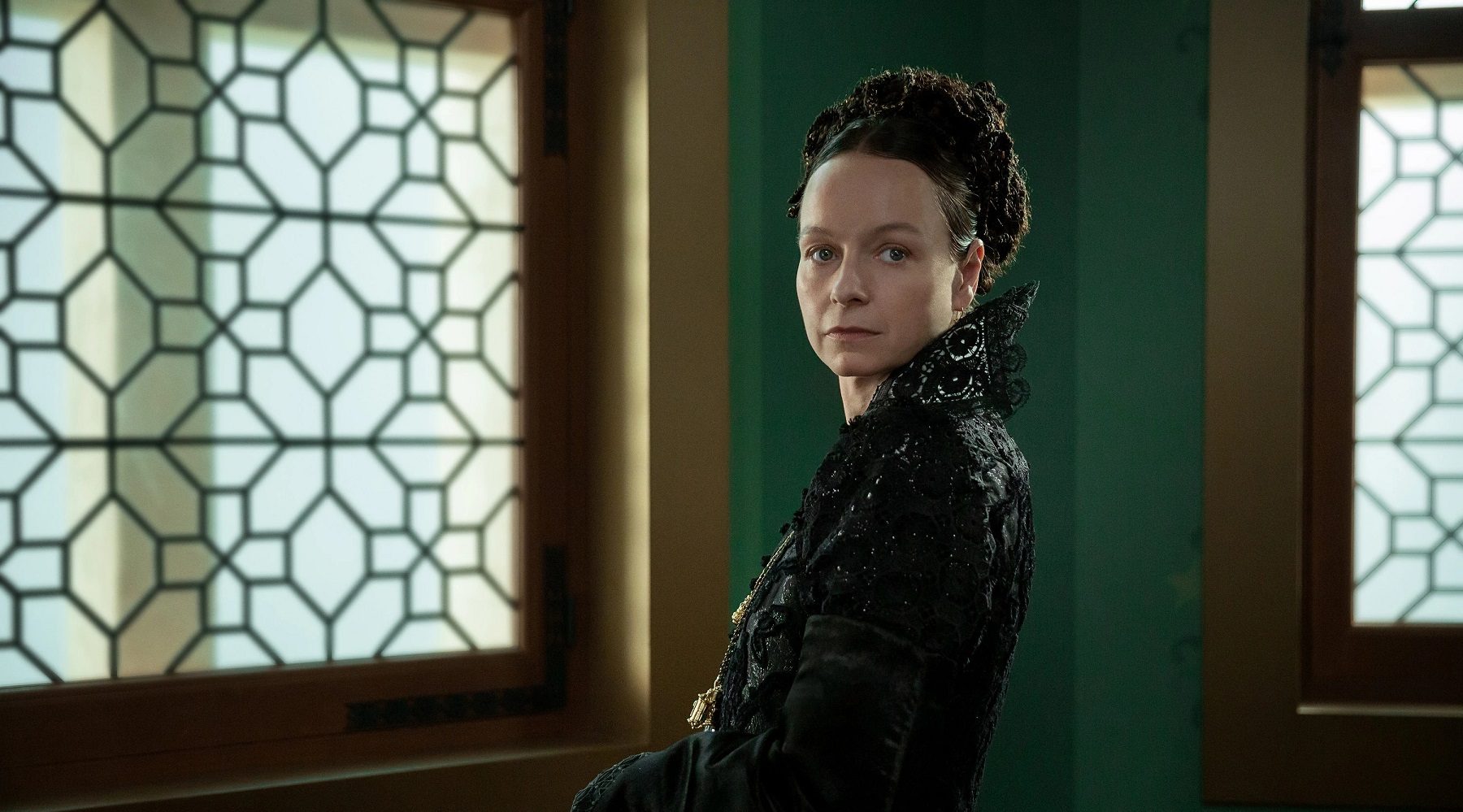 Starz’s ‘The Serpent Queen’ follows the story of the rise of Catherine de Medici. The first season focuses on her journey as a young girl from Italy, trying to survive in the French court. After a lot of plotting and bloodshed, in the final episode, Catherine finally makes a move to establish herself as the ruler of France. Once again, she has to face a terrible loss, but all the struggles in her life have prepared her for this moment. There is no going back now, but reaching for the throne means making a lot of enemies in the process. Here’s what the future holds for Catherine. SPOILERS AHEAD

With Francis married to Mary, Catherine refuses to fall into the inert role of the Queen Mother. Instead of giving over her power to Mary and the Guises, she devises a plan that leads her down a treacherous path. With Montmorency and the Bourbons, she hatches a plan to kidnap Francis and then uses it as an opportunity to bring the Bourbons out of exile. However, when the time comes, she betrays the Bourbons, leading to Louis’ capture. Antoine goes into hiding, and when Montmorency tries to capture him, Catherine stabs him.

Believing that the Bourbons revolted against the King, the Guises decide to transfer the regency to Montmorency, hoping that they can keep him in their control and keep their zealot niece from taking over from her husband, who is going to die anytime now. Because no one suspects Catherine, she uses it to manipulate the Guises as well as Mary, pushing her to claim the regency only for Mary to fail. Meanwhile, the Queen Mother tries to get Antoine to sign over his regency to her. In the end, her secret comes to light, but she is saved by an unexpected ally.

Catherine had to suffer many losses to get herself to the position of Queen Regent. First, she had to lose her husband, who had never been hers, to begin with. And now, her first son is on his deathbed, and all Catherine can do is make a move and ensure her own survival. Because her scheming and then succeeding in her endeavors make her a lot of enemies, she also has to start making some allies. From the first episode of the season, we watch her recounting her story to a servant girl named Rahima. In the final episode, it is Rahima who narrates Catherine’s story, surmising how the final phase of her plan might have gone down.

While Catherine had been telling Rahima about all the things she had to do to survive in France and seize power, it turns out that she had been playing a game of her own with the servant girl. Catherine had first seen Rahima after she had become the regent. She could see herself in the young girl, a commoner with a penchant for survival. To gain her trust, Catherine welcomed Rahima into her life and told her story. Once that was done, she asked Rahima to break into Mary’s rooms, which then led to the girl’s arrest and her getting angry with the queen. Feeling betrayed by Catherine, Rahima decides to help Mary instead, by breaking into Catherine’s room and retrieving the letter that Queen Elizabeth had sent for her cousin.

Before delivering the letter to Mary, Rahima stops and thinks about all that has happened. Considering all the treacherous things that Catherine has survived and done by far, it would be stupid to think that she could be so easily bested. A visit with Ruggieri sheds more light on Catherine’s plan. It turns out that the letter Mary sent to Elizabeth never left France. Catherine had it intercepted and to get Mary out of France, she used a forged seal of the Queen of England to write a letter on her behalf, declaring her support for the young Scottish queen.

Knowing that she had been played by Catherine, Rahima finds it best to stay on the queen’s good side. In return for titles and riches, she declares her loyalty to Catherine by delivering the fake letter to Mary and sending her off to Scotland. On the day of the coronation, Catherine’s second son is crowned King and she becomes his Regent. In the final shot, Rahima turns to the camera and tells the audience to “trust no one”. What does that mean?

Catherine came from humble beginnings but learned the ways of the court soon enough. She killed, betrayed, backstabbed, and schemed, resorting to what could be called dark magic and sacrificing the people she loved the most to become the most powerful person in France. With Charles still a child, it is she who rules France, and as regent, has secured her position, should the throne be passed on to her next child under unfortunate circumstances. Still, she can’t exercise her power alone. She needs allies, and with most of the court against her, she decides to make one in Rahima.

However, Catherine will have to remember that Rahima is like her too. She also came from nothing and is now in possession of wealth and titles and is a close ally of the most powerful person in the country. It is an impressive feat and might feed Rahima’s ambition to reach for more. This also means that Rahima’s loyalty lies only with herself and should the time come when it looks like Catherine could lose her seat as regent, Rahima will not bat an eye before betraying Catherine.

She is also aware that Catherine herself doesn’t trust her completely, which means that she can still unknowingly serve as a pawn in her games, and when the time comes, Catherine wouldn’t think twice before disposing of her. So, when Rahima says trust no one, it includes Catherine, and everyone else in the court, who might have sworn fealty to Catherine now, but are busy plotting their own power plays.

Will Mary Return to France?

When Francis becomes king, Mary takes over command effortlessly. She had been smart from the beginning and had Francis wrapped around her finger by the time he succeeded his father. This meant that while Francis was on the throne, Mary was the real ruler of France. In her young years, Catherine had failed to find a similar understanding with her own husband, which is why she knew that if Mary was allowed to exercise her powers, Catherine would soon be sent out of the court, forced to retire in solitude as an old, widowed Queen Mother.

Mary needed to be removed from France, and after Francis’ death, Catherine finds a perfect way to do that. She sends a fake letter to Mary, making her think that Queen Elizabeth has agreed to help her cause in taking over the reins of France. This leads Mary to pack her bags and leave for Scotland, where she is to meet Elizabeth for further talks. However, once there, she realizes that she has been duped. Does this mean she’ll return to France to fight Catherine?

As far as history dictates, Mary never returned to France. While ‘The Serpent Queen’ might have taken some liberty with the historical facts in the show, it will not resort to outright changing history. Besides, there is nothing left for Mary in France now. Charles has been crowned king, and because he is a legitimate heir, he has the support of the masses. Mary cannot claim his throne for herself rightfully. Whatever backing she had, with the Guises and the Bourbons, will also fizzle out when they discover that she doesn’t have Elizabeth’s support.

The fact that she was so easily tricked will make her an object of ridicule in a place where her authority is already questioned and she is seen as a means to their ends rather than a leader they would follow loyally. Considering all this, it is best for Mary to leave France in the past and focus on ruling Scotland, though we all know how tragically it ended for her.

Read More: Where and What Year Does The Serpent Queen Take Place?