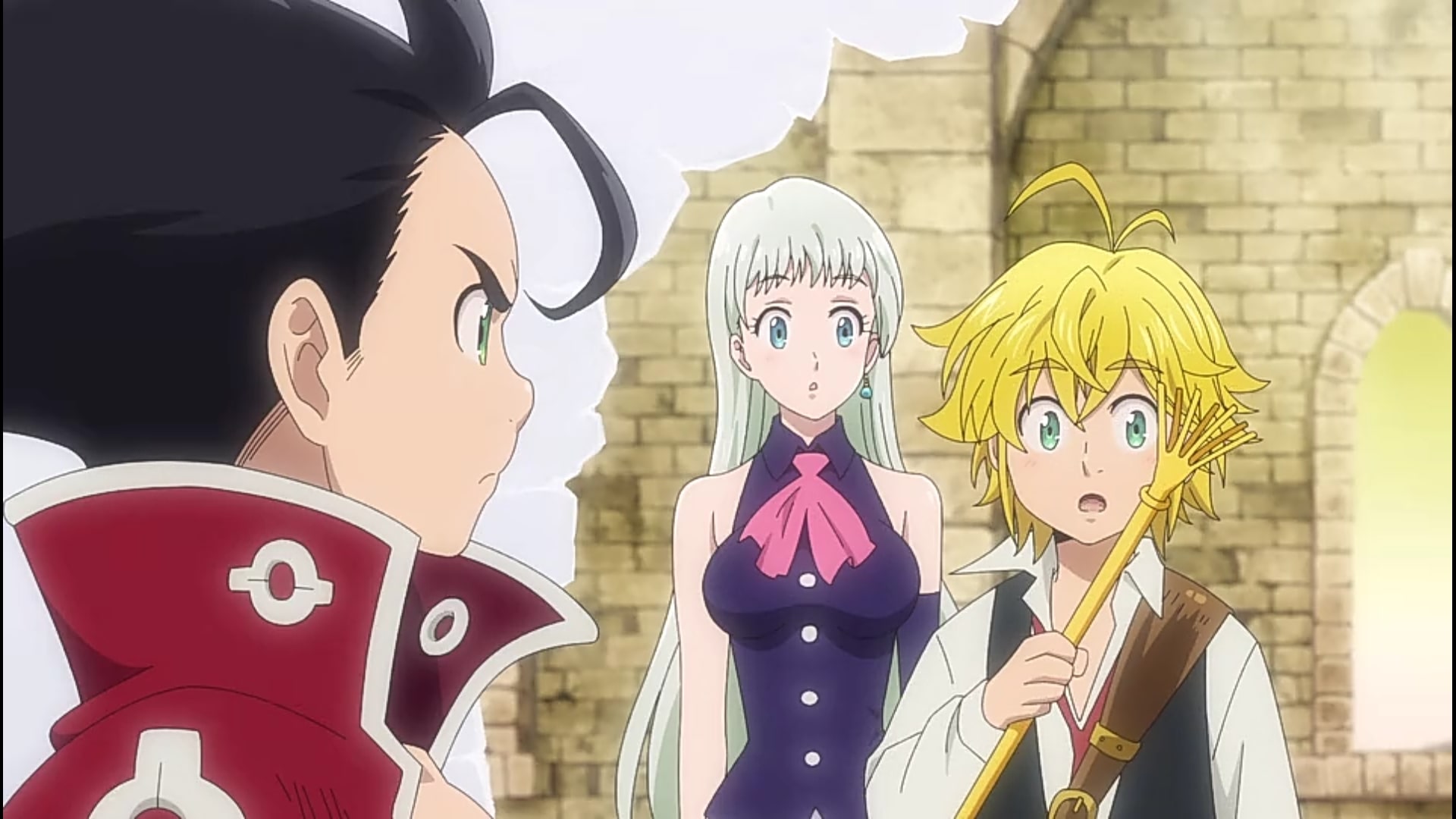 Six months after the battle between the Seven Deadly Sins and the Demon King, the world is at peace. Meliodas and Elizabeth have embarked on a journey together across Britannia. King marries Diane in the presence of their respective clans, Ban, Gowther, and human allies. Suddenly, groups of fairies and giants attack everyone who has taken part in the Holy War and played a role in its conclusion. Now, Meliodas and the rest of the Sins must find the real cause of the attack before wars between clans start again. Here is everything you need to know about the ending of ‘The Seven Deadly Sins: Cursed by Light.’ SPOILERS AHEAD.

In the prologue, the unit of demons guarding the entrance to the Demon realm is decimated by Dahlia, the second king of the Fairy King’s Forest, and Dubs, one of the greatest craftsmen of all time belonging to the Giant Clan. After promising Batra that they will think about marriage and coronation as the new king and queen of Liones, Meliodas and Elizabeth revisit the places they have been across Britannia in the last 3,000 years. During their travel, they run into Zeldris and Gelda, who are also spending some personal time together before Zeldris assumes the throne of the Demon Realm. 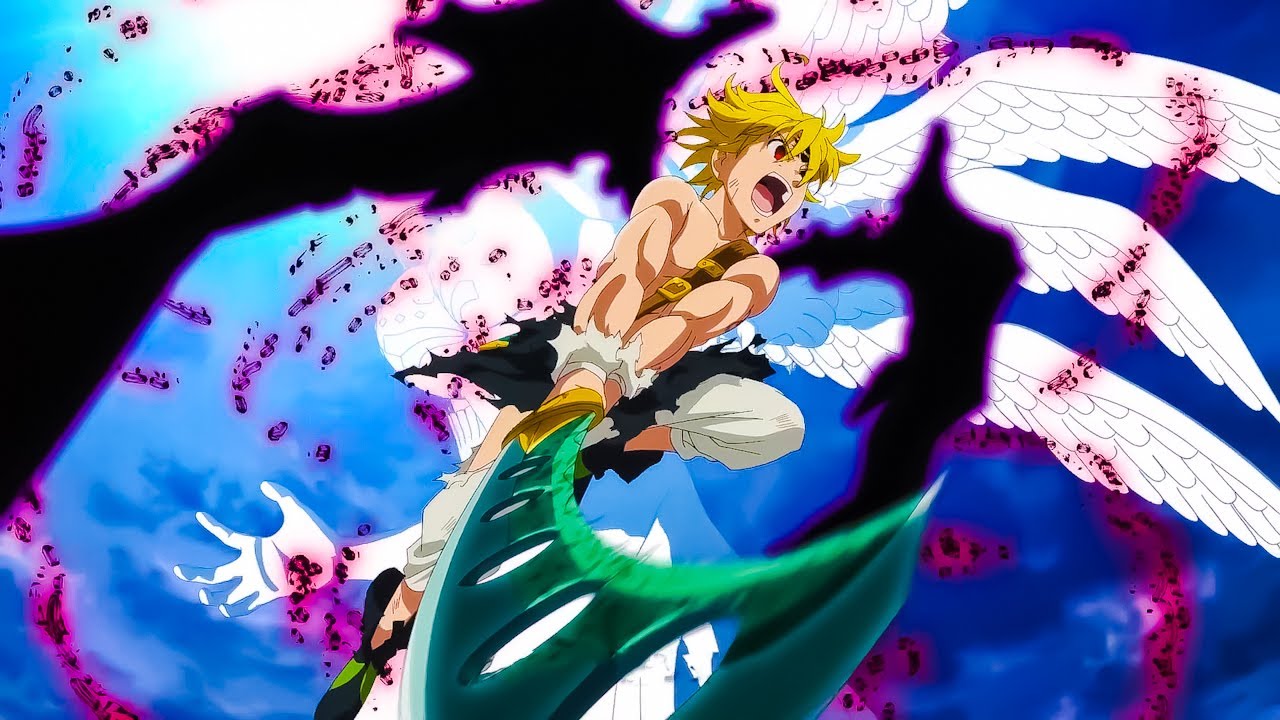 Although the brothers argue back and forth, they are happy to see each other. Suddenly, they sense a faint presence of magic and realize that the life of a magical being is about to be extinguished. They find the source and discover that it’s a demon. Before its death, it reveals what happened in the Demon Realm, prompting the brothers to hastily return to the place of their birth. They discover that the realm has significantly changed. Dubs and Dahlia attack them, and the brothers soon realize that their opponents are much stronger than they should be. Dahlia nearly kills Zeldris, but Gelda saves him. Meanwhile, Meliodas and Elizabeth are trapped within Dubs’ staff.

At the Fairy King’s Forest, an attacking army of giants and fairies interrupt the celebration following Diane and King’s wedding. Similar things happen in Liones and Camelot. The Sins soon realize that their attackers are being controlled through magic emitted from their weapons. Ban uses Snatch to take away the weapons, while King Casts Seeds of Awakening, freeing the giants and fairies from the mind control. Afterward, they visit Liones to help their allies. In the Demon Realm, Zeldris frees his brother and Elizabeth from Dubs’ staff.

The Seven Deadly Sins: Cursed by Light Ending: Who Is Behind the Attacks? Why Do They Attack the Warriors of the Holy War?

It is later revealed that the Supreme Deity, a primordial entity that Chaos itself created along with the Demon King and Sacred Tree, is behind the attacks. She created the Goddess Clan and serves as its ruler. When the mind-controlled giants and fairies attack, they manage to avoid hurting those who had nothing to do with the Holy War, only targeting the people who brought the war to an end. This confuses the Sins as they realize that none of the attackers participated in the war, so they have no reasons to start it again.

Meanwhile, the Sins and the others recall that neither Dubs nor Dahlia had any interest in the Holy War. So, they are dumbfounded to see them leading the efforts to restart it. Only after Meliodas and Zeldris defeat Dahlia and Dubs do they realize that the latter two were also being controlled by someone much more powerful than them. 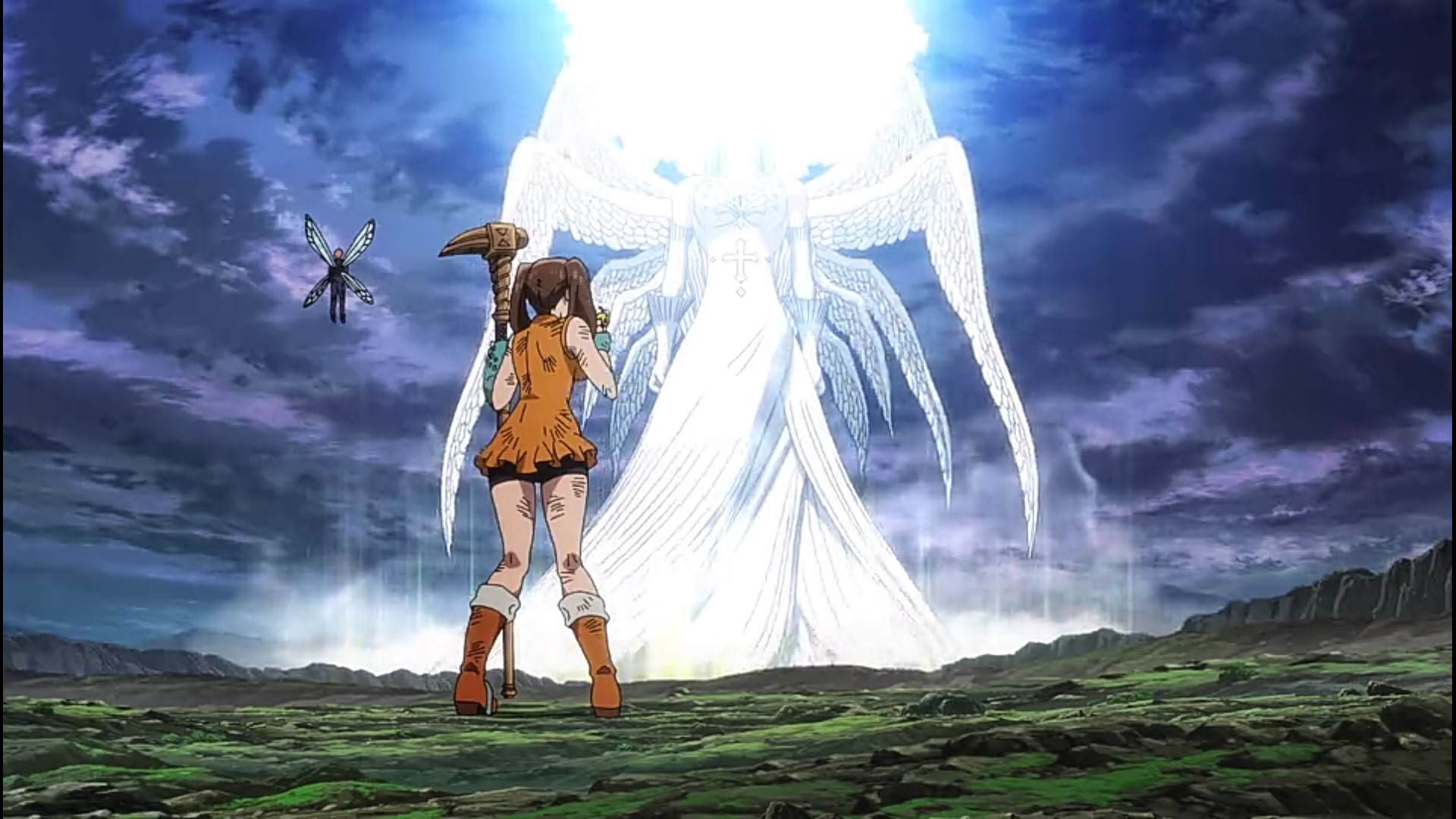 The Supreme Deity wants to begin the Holy War again because she believes that the eternal battle between good and evil maintains balance and keeps Chaos out of the equation. Without the Holy War, she thinks Chaos will return to the world again. However, Meliodas has different ideas. When the Demon King took control of his body, he was able to get a glimpse of his father’s mind. He discovered that the Demon King and the Supreme Deity were gods born with a single purpose: to fight each other for eternity. To them, the Holy War is just a game, and all involved in it are their pawns.

Is the Supreme Deity Dead? Where Is the Film set in the Franchise’s Timeline? 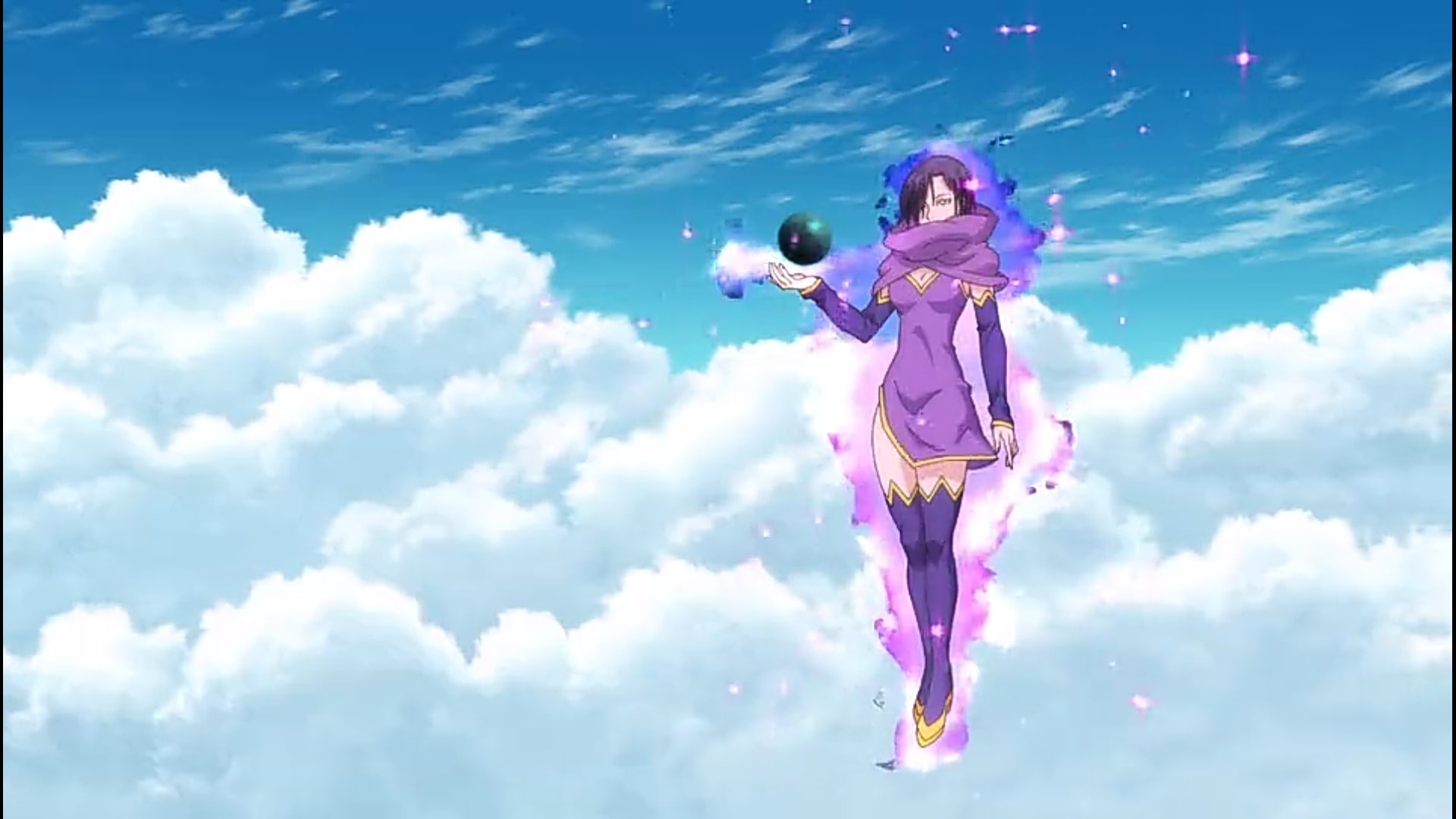