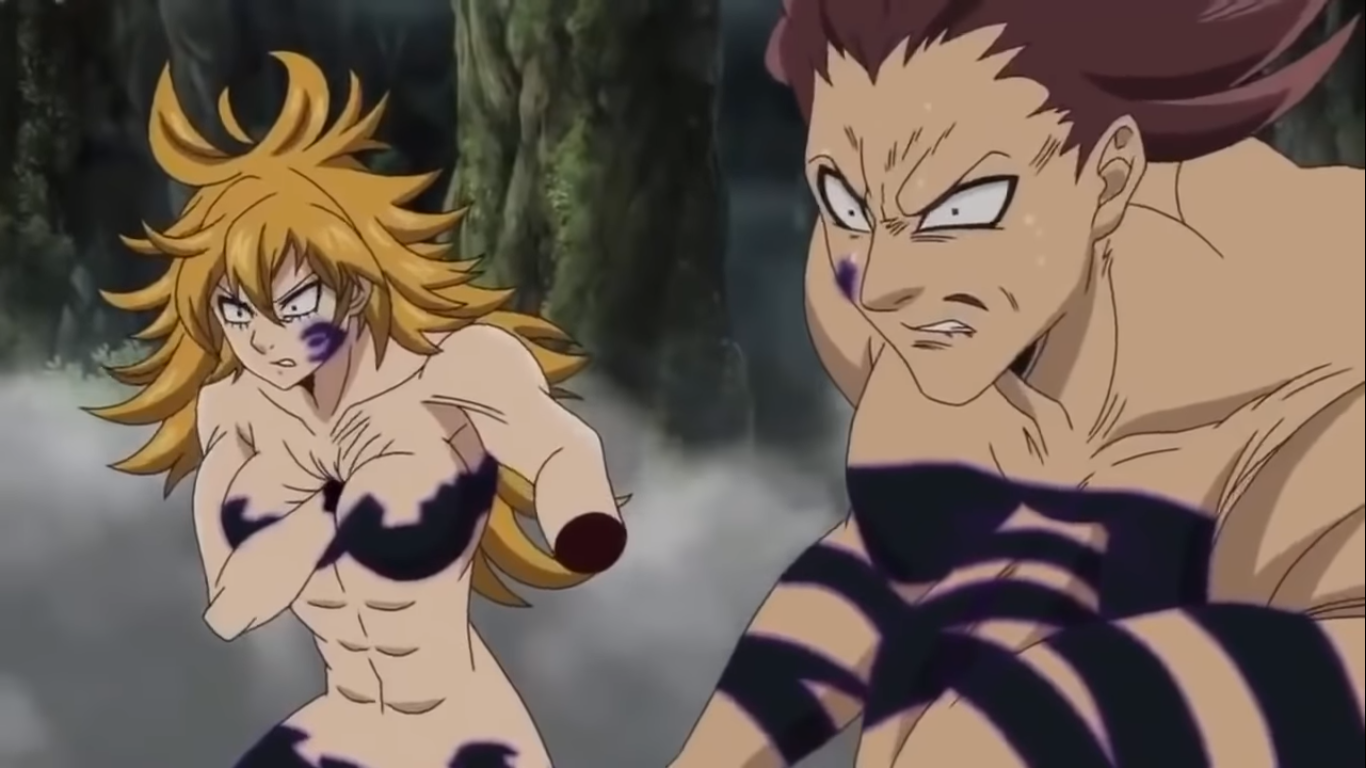 Despite being known as one of the best battle shounen anime of our time, Season 4 of ‘The Seven Deadly Sins’ got off to a dreadful start. Its subpar animation quality and its arbitrary distracting shifts in its censorship were enough of a turn-off. But adding to that, the season started off with a very lousy recap episode which led to a substantial drop in its rating on most platforms. After the pilot, like most other fans, I was highly doubtful about the season’s future but since then, it has been improving consistently. In fact, the current story arc that it has plunged into seems to hold a lot of potential and if executed properly, it might as well find its place amongst the best arcs of the series.

That being said, the previous episode took a very interesting turn and hinted at the inception of a colossal war. As a viewer, I was completely engrossed in the storyline that was gradually starting to show promise but even then, time and again, the animation quality was bothering me. From the final arc in ‘Gurren Lagann‘ to the Marineford arc in ‘One Piece‘, all the greatest anime war arcs have had stellar production values and have usually never shied away from the portrayal of gore. But from the looks of it, Season 4 of ‘The Seven Deadly Sins’ seemed to lack all of that. And now that its war arc is already here, let’s see if it does live up to its potential or not.

In the previous episode, Ludociel, the leader of the Four Archangels, expressed his sinister intentions of completely destroying the demon clan while Elizabeth stood against him and wanted everyone to co-exist in peace. Episode 4 starts off with a full-blown war where the Archangels use the Omega Ark to wipe out all the remaining demons. But to their surprise, five of the ten commandments manage to defend themselves from the Ark and attack them. As strong as the Archangels may be, Derieri and Monspeet give them a tough time and make them realize that they cannot be defeated so easily.

Meanwhile, Ludociel watches his allies with shame and as he grows more impatient, he decides to take things in his own hands and steps into the battlefield. He instantly overpowers Sir Monspeet and Lady Derieri and makes them realize that they don’t stand a chance against him in their present form. That’s when the two of them release the forbidden magic that has always been hidden inside them by sacrificing their hearts. In their true demonic form, they take the shape of “Indura” who is one of the most hated creatures even in the world of demons. As expected, this gives them immense power and in an instant, they mercilessly burn Sariel and Tarmiel while Ludociel stands there in awe.

In the meantime, Meliodas does not hold himself back when it comes down to rescue Elizabeth from the protective field that surrounds her. In the process, he even ends up burning his hands and King starts to realize that it wasn’t Meliodas who started the Holy War. In the final scene of the episode, Elizabeth infiltrates the battlefield and with a raging blaze in her eyes, she decides to take on the two vicious commandments.

At this point of time, I am completely blown away by the drastic shift in the tone of this season; especially when it comes to its overarching plot. The intentions of the present “flashback” arc—which supposedly revolves around a test for King and Diane—still remain ambiguous. But that’s exactly what makes this season so gripping. Post the pilot, each episode has been evoking a sense of curiosity with all of its unanswered questions and this just makes you look forward to the arcs that will follow. Now in this situation, the anime can tread two different paths. It can either explain the significance of this flashback in grave detail and also properly disclose the gravity of the test that the two Sins are going through or it can simply be a trainwreck by randomly moving this arc into some other bizarre direction. Hopefully, it will take the former approach and will not let us down.

So far, even the character development has been quite pronounced in this season and even though Diane and King are not exactly physically present, it is evident how this arc will have a bigger impact on their future in the series. Along with that, Season 4 has also been diminishing the lines between good and evil by portraying how the demons and ten commandments were ruthlessly belittled by the Archangels. This season is not only focusing on the development of the two previously unacknowledged Sins but is also, very subtly, shedding light on the relationship between Meliodas and Elizabeth. Though the events of this episode are more of a flashback, Meliodas still manages to keep his promise of protecting Elizabeth at all costs.

Finally, getting back to the technical side of it, watching the first half of this episode was almost like going through a manga as all of its action scenes lacked fluid movements. But strangely, in the second half, especially the scene where Indura is introduced, the animation quality abruptly improves and offers some of the best battle scenes of Season 4. The sporadic variability in the censorship, at this point, is quite confusing and I’m not able to understand what the Studio intends to do with it. In one scene, the anime boldly depicts red blood spraying the body of one of the demons and in another, it tries to censor a minor injury on Sariel’s face with a shiny shite patch. All in all, though the season has been showing linear improvements in context with almost all of its aspects, it seems like it still has a long way to go with its technical elements.