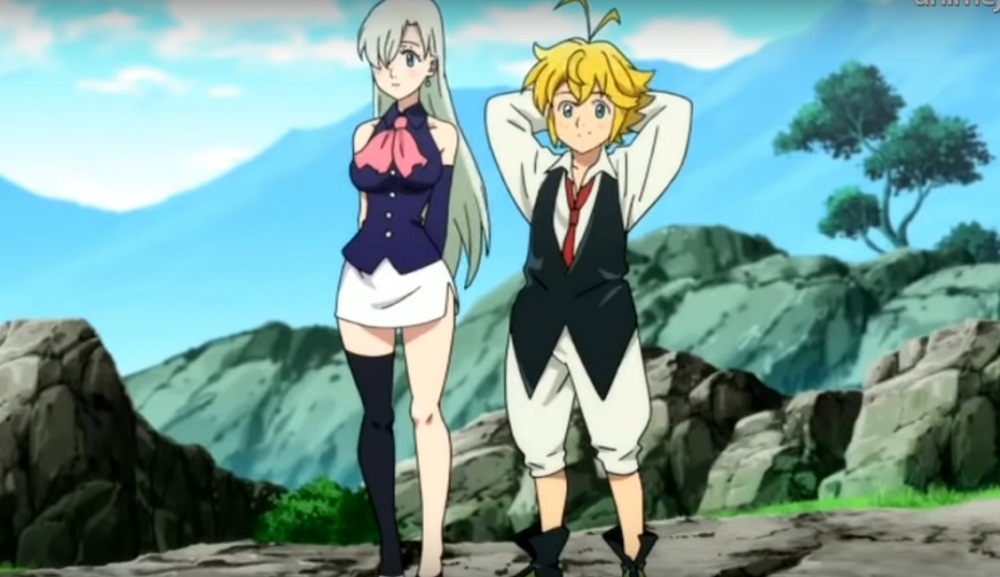 If we solely take into context the animation quality of Season 4, Studio Deen has indeed butchered the entire series. However, after all the backlash that this season received initially, ‘The Seven Deadly Sins’ has been slowly making a lot of progress with each one of its episodes; especially if we consider how it is exploring the current arc. But episode 9, mostly because it covers a lot of ground in just one episode, breaks this linear streak of the season. I wouldn’t say that it’s the worst episode of the season as nothing can really beat the banality of the first episode. But what really bothers me about this episode is its nimble pacing that has way too much content for a 20-minute episode.

The last episode was all about Gowther’s backstory, and the ones before that, revolved mostly around Diane and King’s character. Episode 9 re-introduces Merlin’s character who now tries to use a little monster to explore all the potential threats that surround them. But the monster soon runs into Zeldris, and as Zeldris mercilessly attacks it, even Merlin receives a whole lot of damage from it. In the post-credits scene it is revealed that she was actually connected to that little vampire-monster when it got attacked by Zeldris.

Meanwhile, the other Sins seem to be having a jolly good time after ages and Diane also tells them how she traveled 3000 years in the past with King. She also starts talking about her adventures where she met a different version of Elizabeth, who used to be a goddess back in the day. This really concerns Elizabeth and gets her all curious about who she used to be. With this, she also starts wondering about her past relationship with Meliodas. King, Escanor, and Gowther get together in a bar later. While Escanor and Gother just give him company, King gets completely drunk and pours his heart out to the two of them. He gets drunk to a point where he’s not even able to walk out of the bar on his own two feet. When Escanor tries to carry him out, he accidentally knocks off his glasses and Escanor begins to morph into his true form. But this is when Gowther acts quickly and returns him his glasses.

After her brief encounter with Zeldris, Merlin starts mentioning it to others how strong Meliodas’ enemy is, but no-one except for Meliodas takes this too seriously. Soon after this, Elizabeth is able to find some time alone with Meliodas and that’s when she brings up her past life. However, Meliodas simply refuses to talk about everything that happened 3000 years ago. Later that night, all the Sins get together and celebrate their time together. Almost all of them get really drunk and try to have a good time. But that’s when Zeldris’ curse on Merlin takes a toll on her and she falls to the ground. Elizabeth tries to use her own abilities to heal her and ends up relieving her from Zeldris’ curse. But to everyone’s surprise, the curse starts taking over her soul and she drifts into a state of unconsciousness.

It turns out that Elizabeth has died several times and has reincarnated just to be with Meliodas. Somewhere near the end of the episode, even the memories of her past life start returning back to her and she goes into a state of trance where her eyes reflect on the immense power that is returning to her.

At this point of time, the best thing about Season 4 is that all the Sins have finally reunited, and for once, despite the looming threat of the remnants of the ten commandments, they are able to relax and have fun. From a character standpoint, I don’t think season 4 could have done any better than this. King and Diane received some much-needed development in this season, and while their characters were being explored further, with some subtle foreshadowing, the anime also portrayed a mature side of Meliodas’ relationship with Elizabeth. All this foreboding seems to reflect in the ninth episode, and from the looks of it, the next few episodes will predominantly focus on Elizabeth’s character.

I’m not paying much attention to the animation quality of this season right now because its current arc does not really involve too many action scenes. However, I can foresee some epic battles in the next few episodes, and if Studio Deen does not level up its game by then, this season will eventually fall off everyone’s radar. Also, I’m hoping that the fevered pacing of this episode was just a hiccup in its smooth run. With a cautiously optimistic attitude, as fans, we can only hope that Season 4 will keep getting better from this point on.