Is The Shadow of Violence Based On A True Story? 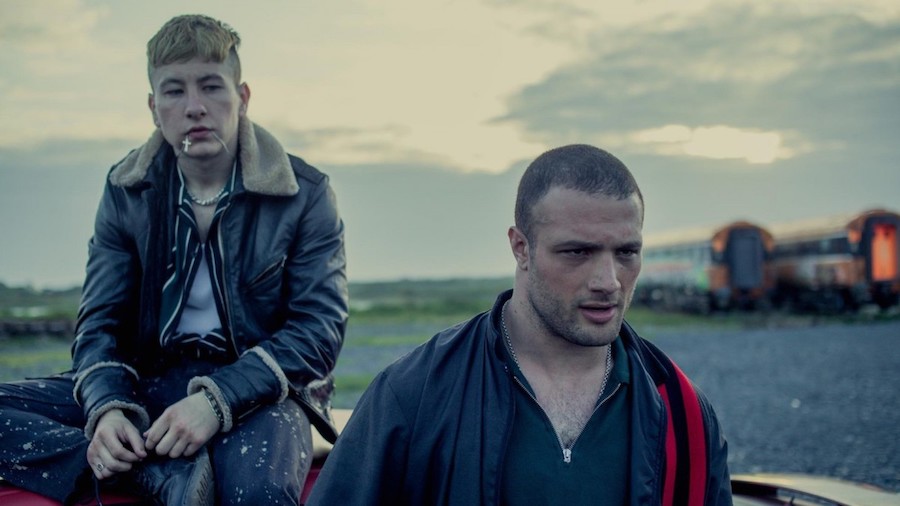 ‘The Shadow of Violence’ is a crime drama that follows the story of a man named Douglas “Arm” Armstrong. Arm is an ex-boxer and he wants to take care of his five-year-old son Jack, who is on the autism spectrum. He is offered to become an enforcer for a drug-dealing family, where he is offered more money than the danger his job would ever offer.

Soon, however, things turn out to be very different in the business. He is forced to do the things that he never thought he would. His life starts to turn dark and it starts to affect his son’s life. Ursula, Jack’s mother, warns Arm of the consequences of his actions and wants him to keep his professional mess out of his personal relationships. But it is easier said than done. In serving this tense drama to the audience, the film delves into the psychology of the characters. It almost makes everything seem real. But is it all real? Is ‘The Shadow of Violence’ a true story? Here’s the answer.

Is The Shadow of Violence Based on a true story?

No, ‘The Shadow of Violence’ is not based on a true story. It is adapted from a short story called ‘Calm with Horses’ in the ‘Young Skins’ collection by Colin Barrett. In an interview, Barrett explained the reason for setting a story in such confined environments of a small town and what attracted him about it. He also found that family and close connections were something that resonated through him. “One of the things the stories are about is the utter ambivalence of connection. It wasn’t a premeditated thing but I saw it emerge and recur as I was writing. There’s no conventional nuclear family structure; nonetheless, very few of the characters are truly isolated. They may be alienated from the people around them, but they are still part of some sort of improvised family unit, there’s still a partial familial structure in place. They are embedded in the community, for better or worse, and I think that’s an ambivalent thing,” he said.

As for the setting of a small town, he said, “I wanted to write about characters who stayed. The ones who were born on this little patch of earth and live there at a time when there are all these potential options for where you can go and what you can do, and yet decide to eschew most of those options. They decide to just not do anything.Or they decide to do something within a very circumscribed area and live a very circumscribed life. That’s what I was intrigued by: that people would decide to wall themselves up in what they have already known.”

“I thought of some of these characters as being almost like the luddite monks who make the decision to hide themselves away in the seminary and live this austere, closed-off existence. In a non-religious sense of course, we are talking about bouncers and petrol station attendants here. But it’s the idea of asking what consolations do you get by deciding to reject everything else that’s out there and sticking to what you know to the point where you can’t function anywhere else. And I think it’s probably true; if you don’t get out by a certain point, you never will.”

We see this suffocation inside the characters of ‘The Shadow of Violence’ and the influence of the tight-knit community that they live in. Director Nick Rowland, who also comes from a small town in northern Scotland, related a lot with Barrett’s work. He had read the book in his final year of film school and had been looking for something that he could adapt as a movie. ‘Young Skins’ gave him the sense of the stories about “a trapped young soul who is stuck in this town.” What he liked most was ‘Calm with Horses’. He felt a surge of complex emotions while reading it. He found it funny, sensitive, and also kind of dark, which he thought would be perfect for a movie.