The Significance of Pigs in Copenhagen Cowboy, Explained 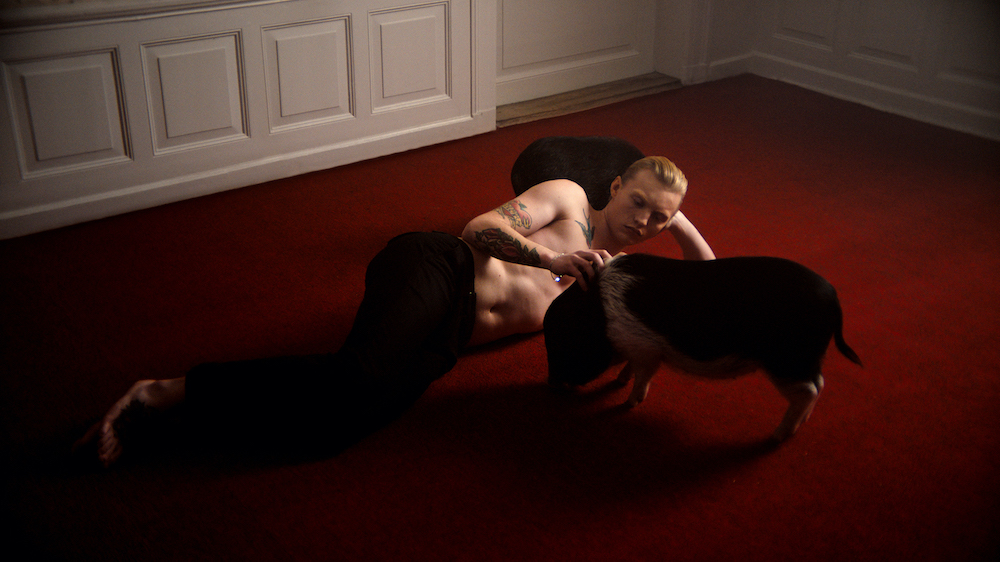 Netflix’s ‘Copenhagen Cowboy’ is a crime drama with a supernatural twist. The protagonist of the story is a girl named Miu who comes from unknown origins, with powers that everyone wants to use. Her life takes many twists and turns in the course of six episodes, leading her to the doors of many powerful people, all of whom she destroys methodically, exhibiting just how powerful she is. Apart from the plot, the show also infuses itself with many themes which are never directly addressed. There are motifs and metaphors embedded in every frame, the most recurring of which are the pigs. If you are wondering why there are so many pigs in ‘Copenhagen Cowboy’ and what they mean, then here’s what you should know. SPOILERS AHEAD

What Do Pigs Mean in Copenhagen Cowboy?

‘Copenhagen Cowboy’ presents a weird mix of the supernatural genre that has all the violence of the western and crime genres. This allowed Nicolas Winding Refn to introduce the things that would represent both of these worlds at once, and that’s where the pigs come into the story. On the surface, they are the devices used by criminals to erase their misdeeds. ‘No body, no crime’ is the mantra followed by them. This makes pigs a symbol of their violence, but they are much more than that.

The pigs are a representation of greed. Their hunger knows no bounds; they devour with abandon. We find the same thing with the people in the story. All of them want more and more in their lives and are ready to do whatever it takes to get that. No matter where they come from or what they do, the bottom line remains the same for all of them. The three main antagonists in Miu’s story are Andre who runs the escort service, Nicklas and his weird family, and the Chinese mobster Mr. Chiang. Even though the three of them remain separate when it comes to the plot, all of them are connected to pigs in one way or another. This drives home their comparison to the animal, and in a cruel turn of events, they are all slaughtered like pigs by Miu.

In addition to this brutal metaphor, Refn also chose pigs because he found the idea of them “very mystical.” In conversation with Interview Magazine, he revealed, “Countries and cultures have different kinds of presentation of it as an animal. Denmark is certainly a very pig-oriented country. And that’s all we really have as our national presentation of wildlife. So, I thought of the idea of the pig being a kind of iconography that would help the show to underscore the idea of the cowboy, which is usually presented on a horse.”

In addition to this, Refn also found the mythology surrounding pigs very complex and deeply rooted in further motifs, especially when it comes to human nature. “There’s a lot of fairy tales and mysticism around the pig and how it is actually connected to us humans and we now have pieces of pigs within us,” he added. From this perspective, we see Refn using the comparison between humans and pigs a little on the nose when it comes to a certain character that appears at the beginning of the story.

When Miu is at Rosella’s house, she meets her husband, Sven. He never says a word and generally remains in the background, only responding when he is called upon. That still doesn’t stop him from raping the girls who are used by Andre for his escort service. In this manner, Sven becomes the very definition of the innate violence inside humans and how, no matter how quiet someone might be, there is evil screaming inside of them. This point is driven home by the fact that Sven never speaks a word and whenever a sound comes out of him, he squeals like a pig.

It is bizarre to see Sven behaving like a pig, but the more we look into it, the more he appears to have been created with a pig in mind. His name spells similar to swine in Danish (svin). He is fattened up just like the pigs in the pen. He is even called a swine at one point and is reduced to it to such a point that he barely feels human anymore. In Sven, we see a clear similarity to the animal, but this comparison gets more shrouded in deeper meaning with other characters.

Another interesting thing is that despite so many pigs around, we never really see any character eating them. It is the other way around, with pigs eating humans, further reducing the stature of characters and revealing them to be even worse than pigs. In a similar fashion, any number of meanings can be attributed to the pigs in the story. The storytellers keep it open to interpretation, giving the audience a chance to reflect upon how their own mind works and what it says about them.

Read More: Is Netflix’s Copenhagen Cowboy Based on a True Story or a Book?