The Stand Episode 8: What To Expect? 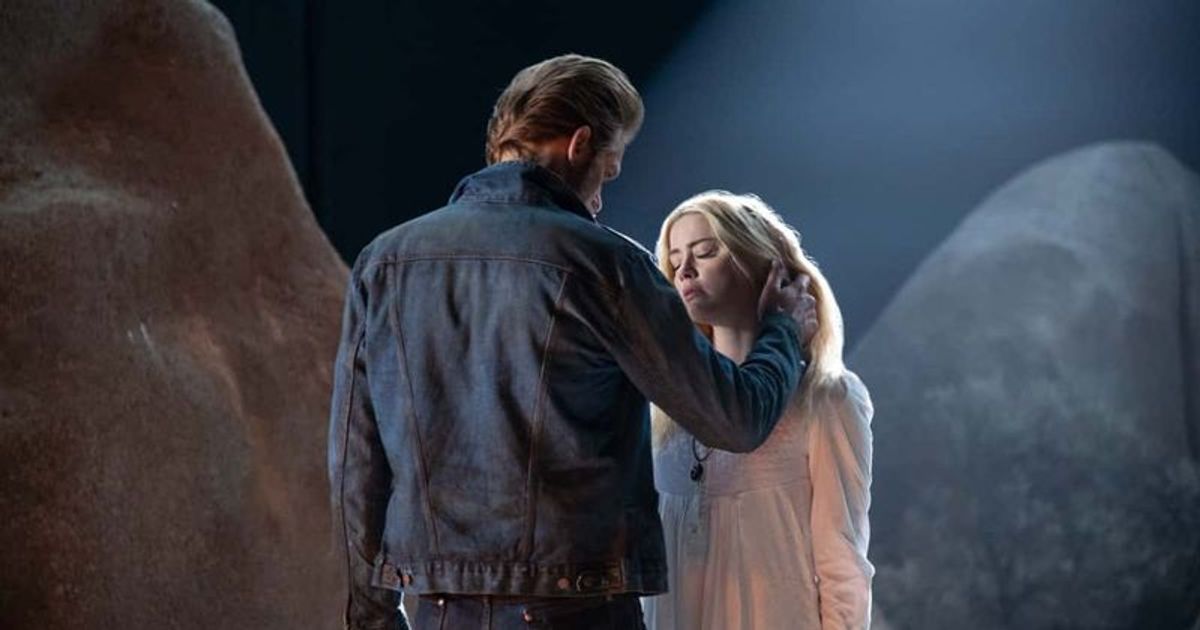 ‘The Stand‘ episode 7 is perhaps the most action-packed, arguably the best episode of the miniseries. The narrative isn’t convoluted as in the previous episodes. The premise is simple – Mother Abigail tasks a group of four to walk to Vegas, with nothing but the clothes on their backs, to confront the Dark Man. Nadine and Harold, Flagg’s pawns, wreak havoc, and then Harold dies tragically. Nadine conceives a demon baby. We have provided a detailed recap of the thrilling episode that you can check out after you’ve seen what the upcoming episode 8 of ‘The Stand’ has in store.

‘The Stand’ episode 8 is scheduled to premiere on February 4, 2021, on CBS All Access at 3 am ET. The miniseries is slated to have a total of nine episodes.

Where to Stream The Stand Episode 8 Online?

The most straightforward way to watch ‘The Stand’ episode 8 is to stream it on CBS All Access when it lands on the platform at the aforementioned date and time. The monthly subscription plans begin at $5.99 a month for the ad-supported version. You can also get ad-free options for a higher rate. CBS All Access currently offers a 7-day free trial to all its first-time subscribers. Chord-cutters who have ditched the cable can use live-streaming services such as DirecTV to watch ‘The Stand’ without a cable subscription. ‘The Stand’ is also included with CBS All Access on Amazon Prime Video.

‘The Stand’ episode 8 is also titled ‘The Stand.’ It is the penultimate episode of the limited series. If the show follows the Stephen King book closely, then the upcoming episode will see Glen executed by Lloyd after he denies bending his knee to Randall Flagg. The episode may also see a dying Nadine prophetically telling Flagg that four men from Boulder would be his end. In the book, a livid Flagg tosses Nadine from the penthouse balcony, thus killing her instantly. The next episode might also see the Trashcan Man return with the nuclear weapon that Flagg wanted.

‘The Stand’ episode 7 is aptly titled ‘The Walk’. From her deathbed, Mother Abigail tasks Glen, Stu, Ray, and Larry to walk to Vegas and confront Randall Flagg with nothing more than the clothes on their backs. She also predicts that one of the four will not make it to Vegas, but she cannot see who that person is. The four, displaying incredible faith in Mother Abigail yet again, leave Boulder for Vegas for a final showdown with the Dark Man. On the way, Stu falls into a crevasse and breaks his leg. He asks the other three to walk on to Vegas without him, making Mother Abigail’s prediction come true.

A bit of clever maneuvering by Nadine leads Harold to fall off a cliff and impale himself on a tree. Nadine tells him that Flagg would have killed him anyway, and so he should end his own life. Harold writes a note before shooting himself dead. Nadine, meanwhile, reaches Vegas and has sex with Flagg. But she is able to glimpse Flagg’s real nature and is spooked. Immediately afterward, Nadine is shown to be nine-months pregnant with Flagg’s demon spawn. The unhinged Trashcan Man goes searching for a nuclear weapon at Flagg’s behest.

Read More: Where Is The Stand Filmed?