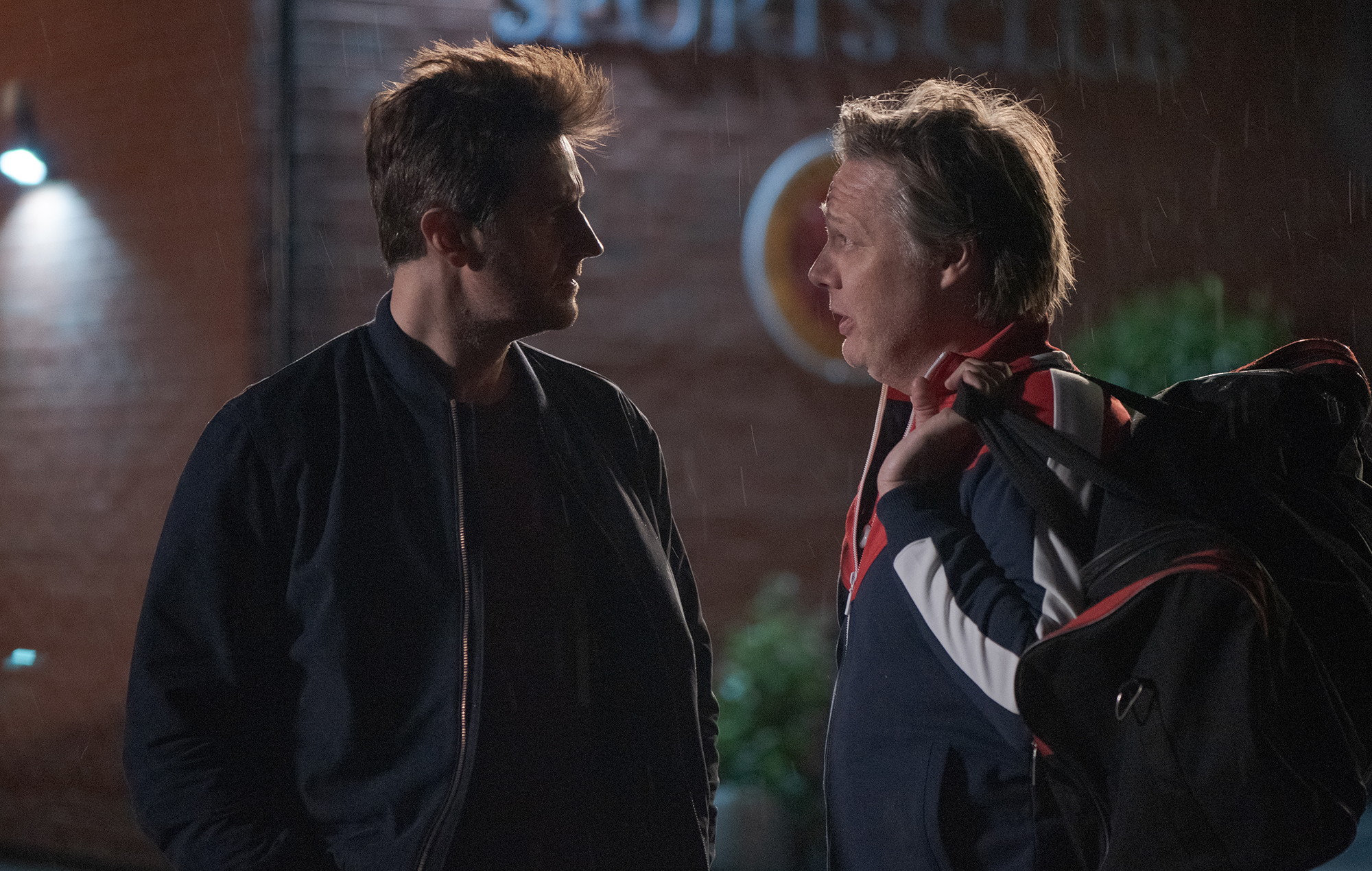 Every time the plot of ‘The Stranger’ begins to slightly lag, it touches upon a previously foreshadowed plot point and creates a domino effect that again leads you to its central theme. In the sixth episode, ‘The Stranger’ further escalates its previously ignored plot points and heightens the tension with its breakneck pace. The show initially started off with great consistency, but the closer it gets to the end, it seems to lose some of its sheen.

Episode 6 also further explores the cliffhanger of the previous episode, but unfortunately, all the dots don’t seem to connect. I just hope that it is somehow related to the overarching storyline.

After a dead body is found hidden in one of Martin’s walls, he gets arrested. Adam then visits and starts questioning him about why he murdered his own wife. Martin, with a psychopathic rage, recalls all the events that eventually led to the murder. Adam is relieved that it wasn’t his wife’s body in Adam’s house, but he still suspects him. Later in the episode, the cops are able to find Corinne’s car and Adam even finds one of her earings in its back seat. He then looks back at the time he had confronted her and regrets not listening to her when he could.

Meanwhile, Daisy, Mike, and Thomas are finally able to talk to Olivia. Olivia reveals it to Thomas that she was the one who posted Illa’s explicit pictures online and only did it out jealousy. Soon after this, Olivia’s father, Katz, returns home and Thomas goes the garage to hide in his car. To his dismay, John takes the car and heads out. In the moments that follow, John spots Thomas hiding in the backseat of the car and even removes his gun.

Johanna discovers that Heidi was involved with the Stranger that Adam keeps referring to. Later, when Kimberly finally confesses to her about everything that got her mother involved with the Stranger, she sets up a trap and tries to lure one of the men, Mr. Powers, who Kimberly met on the sugar daddy application. But Katz, who is Mr. Power’s ally and has been working for him all this while, somehow manages to get him out of there in the nick of time. In the final moments of the episode, Adam is told that Martin tried to commit suicide.

The world of ‘The Stranger’ is dark. Very dark, indeed. Almost every character, with a seemingly likable demeanor, has a grim past that is now starting to resurface. Martin turns out to be a psychopath who murders his wife, hides her body in the walls of his own home, and then proudly claims that he raised his child all by himself. Even Daisy seems to have some secrets of her own and it is possible that she is the one who tried to kill Dante in the woods that night. Oh and don’t get me started on Olivia’s mother. From what we know so far, she’s probably trying to kill her own daughter.

It’s these moments and characters that add a mild sense of realism to its storyline and make you feel sympathetic to their plight, regardless of their motives. Adding more heft this is the show’s heavy reliance on the use of technology, which weaves in several details revolving around computer and smartphone sleuthing, and dating applications.

One thing that is commendable about this show is that although it presents itself as a puzzle, it never seems too convoluted and manages to create the right connections at the right time. When Adam Price confronts his wife in the first episode, Corinne packs her bags and asks Adam to give her a few days to herself. She swears to Adam there is more to the story than the secret. From the very beginning, this seemed like a key point and I was seeking an explanation for this. With a flashback, episode 6 takes you back to that very moment and though it still does not reveal much about it, it still serves as a reminder that Corinne’s fake pregnancy had a lot more to it than the couple’s toxic past.

Overall, ‘The Stranger’ is entertaining and hard to put down as long as you’re watching it. Contrarily, its storyline is far too forgettable because of its lack of depth. It also demands a strong suspension of disbelief from the viewer and is just too “out there” to be plausible. To put it simply, the show throws hook, line, and sinker at you and hopes that some of it sticks. Even so, its last two episodes can make all the difference in the world and can either make or break this show.