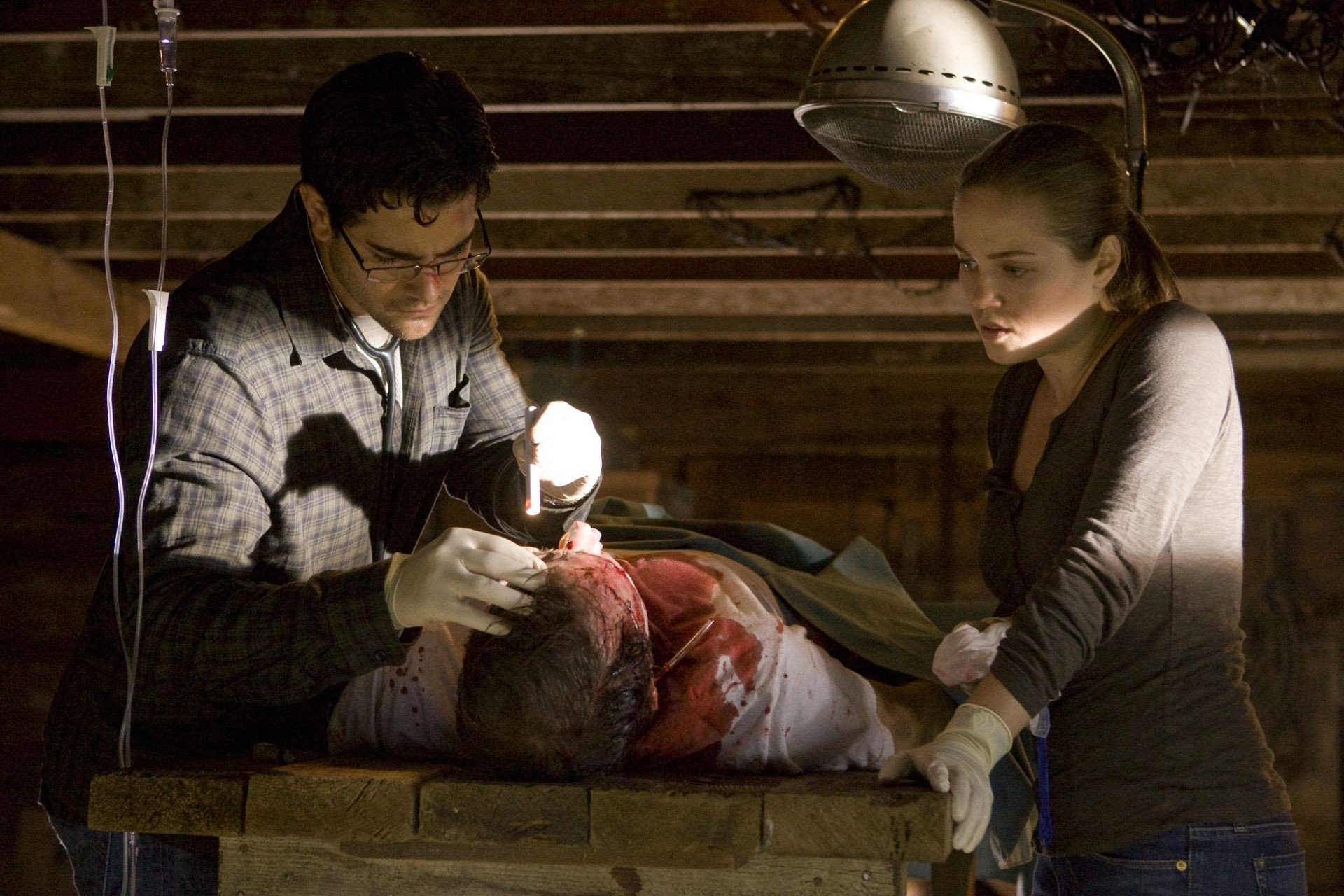 Directed by Robert Lieberman (‘D3: The Mighty Ducks’), ‘The Tortured’ is a horror-thriller film that revolves around grieving parents, Elise (Erika Christensen) and Craig Landry (Jesse Metcalfe), whose son Benjamin is abducted, tortured, and murdered by the serial killer John Kozlowski (Bill Moseley). After the court sentences Kozlowski to 25 years to life in prison, Elise and Craig realize that their son’s killer can get out in ten years. So, they decide to kidnap Kozlowski and make him suffer for his actions. ‘The Tortured’ lives up to its name. It’s bloody, brutal, and not for the faint-hearted. SPOILERS ALERT.

The Landrys are an affluent, young family living in a quiet US suburbia. Craig is a doctor, while Elise is a real estate agent. Their happy life is destroyed after Benjamin’s murder. They hope that the system will come through for them and put away Kozlowski for good. However, when it is revealed that his other victims’ identities cannot be confirmed without him, the prosecution agrees to make a deal with Kozlowski’s defense team.

The news devastates the Landrys even further. Their marriage had been suffering since the tragic incident. Elise asks Craig to get her a gun. When he refuses, she leaves their home. Trapped with loneliness and torrential grief, Craig briefly considers suicide. He imagines the various ways that Kozlowski made his boy suffer and then drives to Elise’s home in the middle of the night to tell her that Kozlowski doesn’t deserve a quick death. 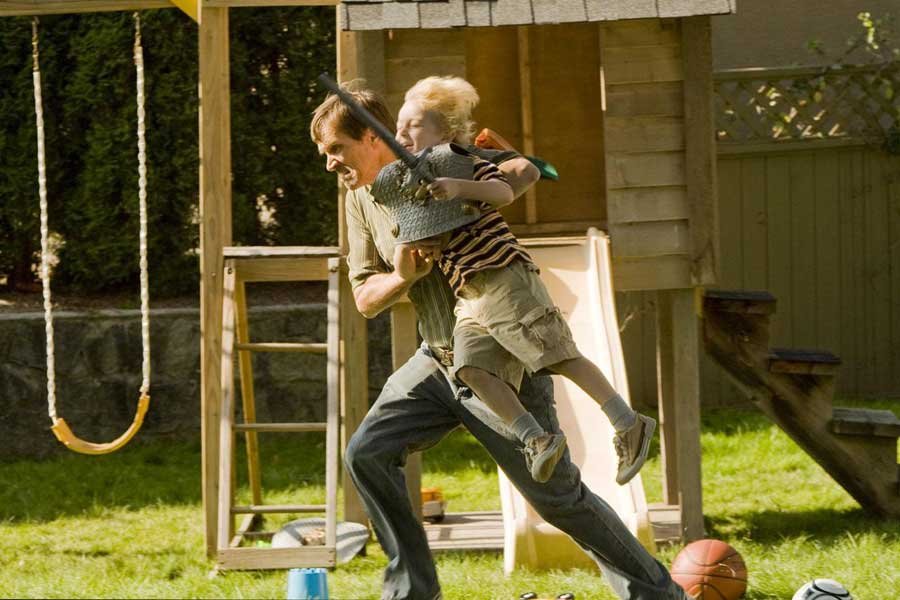 They plan everything meticulously. They steal the required drugs from an ambulance parked in front of Craig’s workplace. After figuring which van is transporting Kozlowski, they spike the correctional officers’ coffees with laxatives. When the officers get out of the van to relieve themselves, Craig sneaks into it and drives away, with Elise following close behind in their car. But even the best-laid plans can go awry. Craig nearly hits a deer while driving towards the destination. He swerves, and the van rolls down a cliff. The van is pretty much destroyed, but Craig survives and is conscious.

He and Elise then take the prisoner to a remote cabin that belongs to one of Elise’s clients. The torture begins then. In the dimly lit basement, the Landrys formally introduce themselves to their captive. Sometimes, the pain they inflict is methodical and calculated. But other times, they are just letting their rage seep through their actions. As the film moves to its climax, the two protagonists reconnect over the shared desire to make the prisoner suffer.

After the near-fatal accident, Craig manages to get out of the car, profusely bleeding but alive. He and Elise see a man in an orange jumpsuit lying unconscious on a rock and presume that it’s Kozlowski. They then proceed to take the prisoner to the cabin. They never realize that there are two prisoners in the van. And the one they pick up isn’t their intended target. Kozlowski later emerges from the van relatively unscathed and makes his way to the cabin’s general direction. When he sees that the Landrys are torturing his fellow inmate, he tries to flee the scene unnoticed but is not completely successful. It is Kozlowski who sets off the car alarm.

The Landrys never come to know this, but their victim is white-collar criminal Patrick Galligan (Bill Lippincott), who has been sentenced to 18 months in prison for tax evasion. Although the Landrys have seen Kozlowski multiple times, they mistake Galligan for the other prisoner because the blood makes him unrecognizable. Furthermore, Galligan seems to have amnesia, which renders him incapable of defending himself. 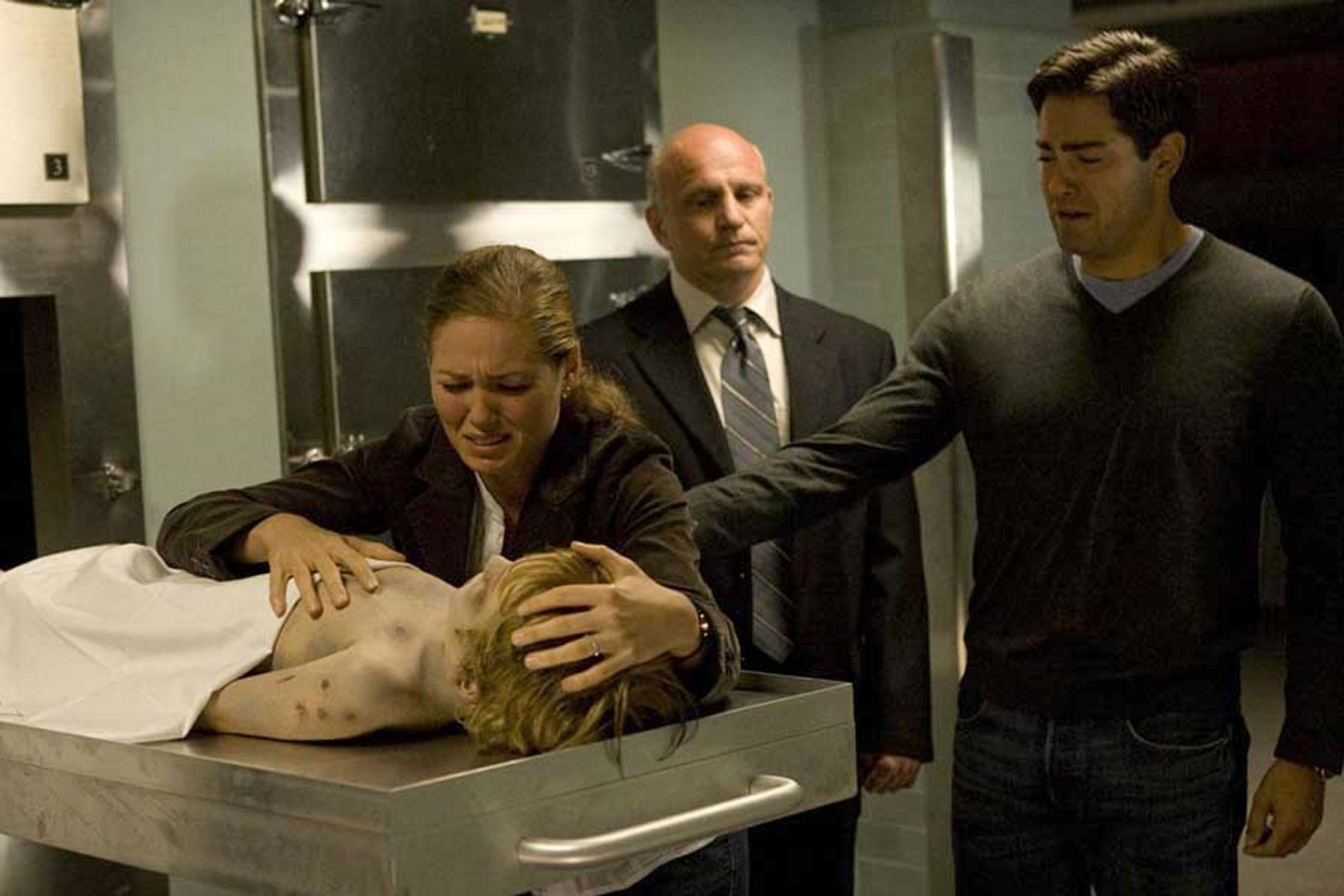 The film asks some uncomfortable questions about personal morality and the justice system at large. During the torture, there are times when one of the Landrys is feeling uncomfortable and even ashamed about what they are doing, but the other person is right there to offer an appropriate justification. They are each other’s ideal accomplices, compensating for when their morality is proving to be a shortcoming.

Their conviction about their captive’s guilt convinces the amnesiac Galligan that he is indeed the monster that Elise and Craig claim he is. And so, even though he manages to escape, Galligan commits suicide. The hatred of grieving parents has left such a profound impression on Galligan’s mind that he believes that he deserves the suffering. It’s just that the pain proves to be too much for him, making suicide his only option.

What Will Happen When the Landrys Come to Know the Truth?

With Kozlowski already apprehended by the police, it is only a matter of time before Elisa and Craig realize what they have done. The only justification they needed while torturing Galligan was that he was the murderer of their son. When they discover that they have tortured and caused the death of an innocent man, it is bound to break them psychologically and emotionally. Since Benjamin’s death, both of them are barely holding on to their sanity. This revelation is going to shatter whatever peace they found seeing Galligan kill himself. 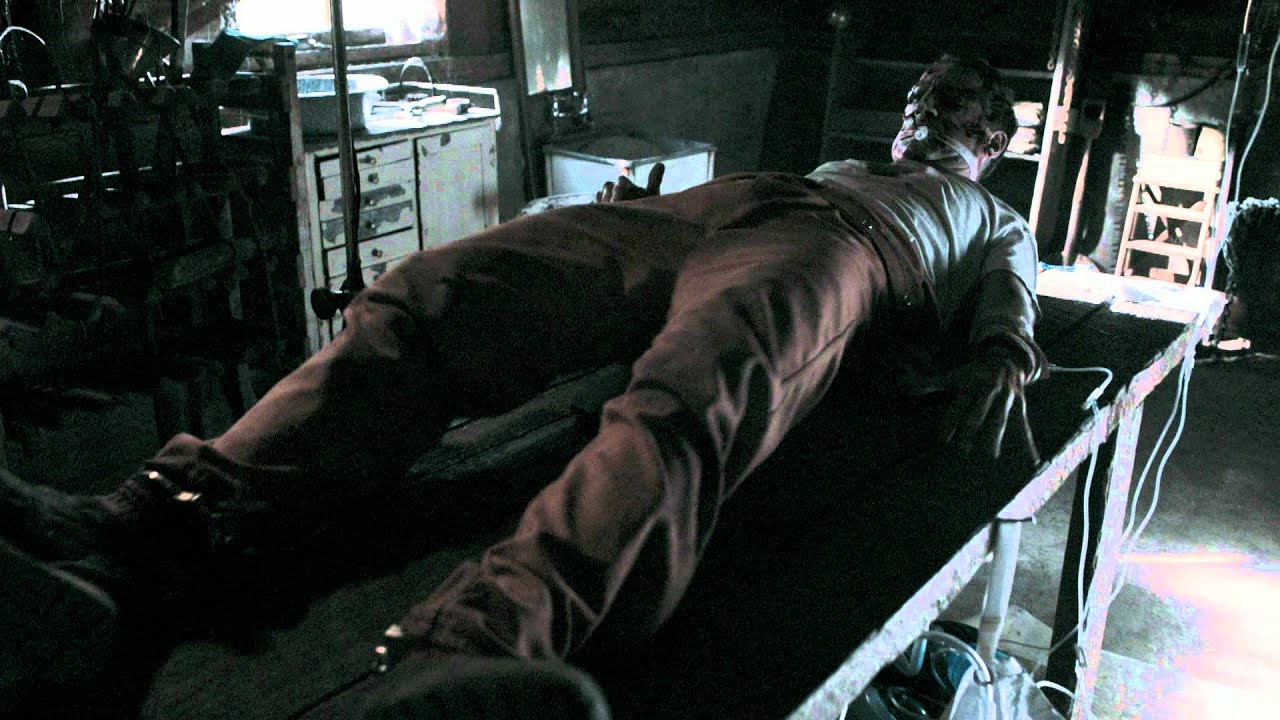 There are also legal ramifications of their actions. It is quite ironic that Kozlowski, of all people, is the sole witness of what the Landrys did to Galligan. He might tell the authorities about what he saw through the window of the cabin. Although they may not believe him initially, they will start suspecting Elise and Craig as Galligan continues to remain missing. And this might lead to their arrest.

Read More: Most Violent Movies Ever Made