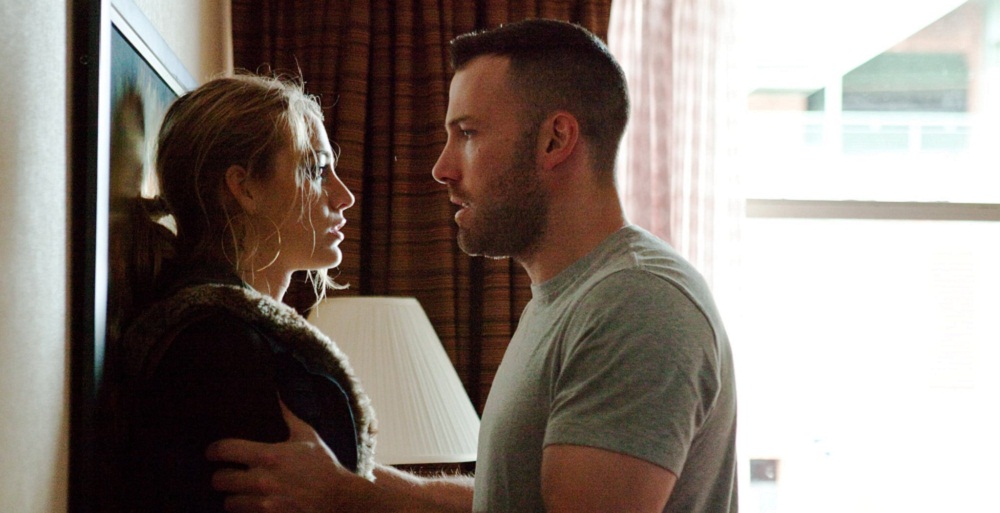 “Bank robbery became like a trade in Charlestown, passed down father to son,” says the opening scene of the movie. With what follows, the film recites a very personal tale of a group of bank robbers, who not only use their expertise to defy the law but also struggle to balance their personal lives with their lives as outlaws.

To call ‘The Town’ a heist film would be a little unfair as its heists, although quite believable, are only a secondary part of its overarching premise. The film is more about a man’s struggle to break free from his identity and adapt to some painful yet necessary changes. Even though the film isn’t about complex heists and is more driven by its characters, its ending is a little hard to understand because of how it only leaves you with bits and pieces of what happens. So let’s explore everything that goes on in the movie and understand how it all leads up to its conclusion.

In the opening moments of the film, four friends Douglas “Doug” MacRay, James “Jem” Coughlin, Albert “Gloansy” MacGloan, and Desmond “Dez” Elden rob a bank in the neighborhood of Charlestown. Realizing that they could be surrounded by the cops when they leave the bank, they take the bank’s assistant manager, Claire Keesey, as a hostage. But once they reach a safe location, they leave her. However, Jem still suspects that Claire might still reveal some vital information about them to the cops. So to keep a close eye on her every move, Doug takes on the responsibility of following her. But without even realizing, Doug starts to talking her, and unbeknownst to his crew, he even develops a romantic relationship with her.

As he gets closer to her with time, Doug opens up to her about his mother who left him and his father when he was a child. He even tells her about his brief stint of playing professional hockey which did not work out as well as he had anticipated. Doug even opens up to her about his dreams of visiting his mother, who he believes stays in Tangerine, Florida. But for some reason, as much as he tries to, he fails to tell her that he is the bank robber who had previously taken her as a hostage.

In the meantime, on his pursuit of chasing the criminals who have been robbing the banks of Charlestown, FBI Agent Adam Frawley starts suspecting Doug and his crew. The prime reason behind his suspicion turns out to be Jem’s criminal record and Doug’s father’s involvement with similar heists. With this, he also learns that Doug and his men have ties with local crime lord Fergie. With Claire by his side, Doug slowly starts drifting away from his life as an outlaw and even thinks of running away with her. But his dreams are shattered when Adam tells Claire that Doug was one of her assailants. As a result, Doug vows to pull off one last heist with his team and then never look back at this criminal life again. 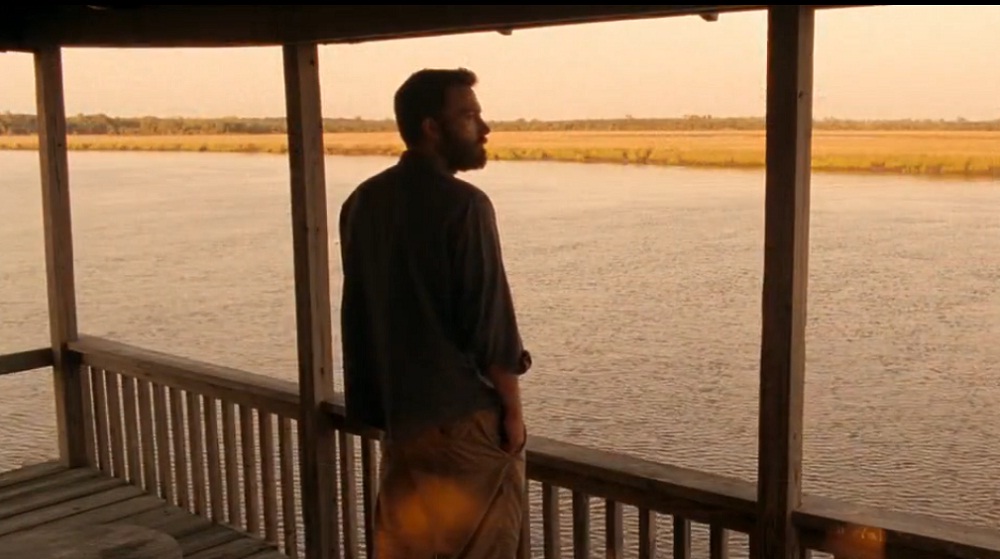 After disguising themselves as Boston police officers, Doug and Jem are able to successfully execute the heist of a lifetime. They steal $3,500,000 in cash but Doug’s ex-girlfriend, who is also Jem’s sister, breaks when Adam threatens her, and she reveals everything she knows about their plan. In the end, the cops surround the two men, a hefty firefight ensues between the two parties, and Jem gets shot. Doug narrowly escapes and then calls Claire to convince her to meet him for the last time. But even during these moments, he watches her apartment from a distance and realizes that she’s surrounded by cops.

By disguising himself in an MBTA uniform this time, Doug manages to escape the town determined to never look back again. Days after this, while gardening, Claire recovers a bag full of Doug’s heist money, a letter from him, and a tangerine. The letter says that she can make better use of the money than him. In the moments that follow, Claire can be seen in a local hockey arena, while Doug seems to be far away from the place he once called home.

What does the Tangerine Mean? 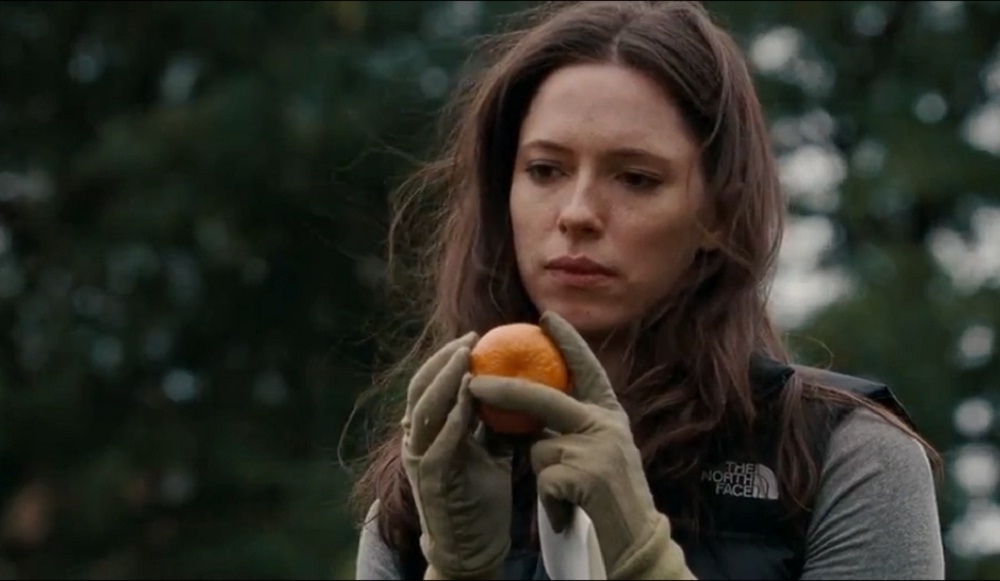 The tangerine that Claire discovers in Doug’s bag is only Doug’s way of telling her where he is now. As mentioned earlier, Doug had once told Claire that he’ll move to Tangerine, Florida just to look for his mother. Even though Doug later learns that his mother passed away when he was a child, it’s Claire who gives him the strength to give up on his life as an outlaw and start a new life someplace else. The tangerine also serves as a choice for Claire. Now that she knows about Doug’s whereabouts, she, too, can leave Charlestown and choose to live the rest of her life with him.

What did Claire do With the Money?

Although it isn’t directly implied, the closing scenes of the movie suggest that Claire later donated all the heist money to the local hockey arena where Doug once played and even dedicated all of it to his mother. And when it comes to her final decision, it seems very likely that once the cops get off her back, she will eventually move to Florida to live with Doug. She always knew that he’s a nice man but after realizing that he lied to her, her anger forced her to believe that he is no good. But in the final moments of the movie, when Doug leaves all the money behind, he makes her realize that he’s a lot more than his outlaw identity, which was only passed down to him from his father.

The film also has a negative alternate ending in which Doug, while escaping the cops after the final heist, runs into the same Hispanic men he had previously assaulted. As soon as he confronts these men, he gets shot multiple times and is instantly killed on the spot. This ending might seem a little off and extremely pessimistic, but it comes in tandem with the film’s underlying themes. Throughout the movie’s runtime, it is established that as much as Doug wants to escape his life as an outlaw, he’s way too deep in his toxic life to be able to escape its dire consequences. So even when he does try to escape, even the most trivial actions of his past ripple down to his present with some very serious consequences.

The men who kill Doug in the movie’s closing moments are just secondary characters in its overarching plot. However, they perfectly capture what the town has now become. Charlestown, where criminal activities are passed down to families, is not the kind of place one can simply escape. Especially not someone like Doug who made so many wrong choices in the past. Thus, according to this ending, Doug does eventually get the chance to forgive himself for the path that he chose, but he still fails to find redemption.

Read More: Where Was The Town Filmed?