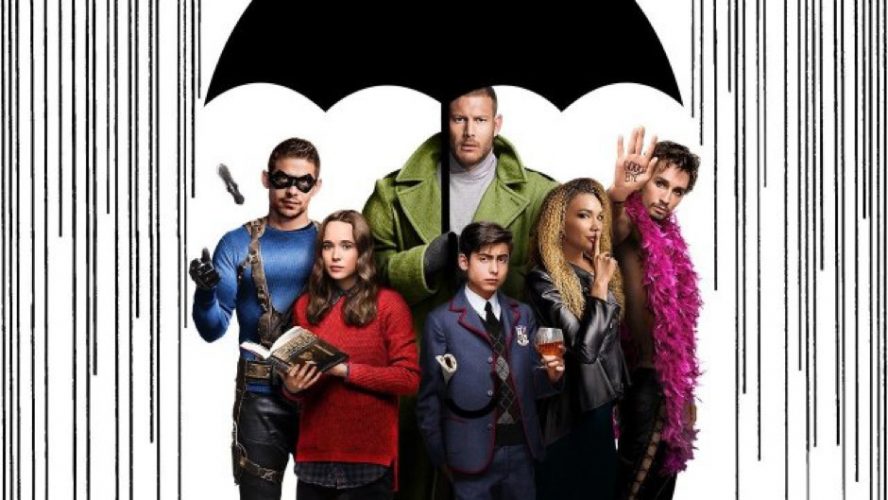 Netflix’s ‘The Umbrella Academy’ is a superhero drama that focuses on a group of people who were born under peculiar circumstances and with an extraordinary set of powers. The series focuses on the familial tensions, shrouded history, and buried past that create the mystery which encompasses the first season and concludes with an explosion. Apart from superhero powers, there is also a little touch of time travel, which becomes extremely important in the finale. The show uncovers a lot of mystery while also leaving much more to be touched upon in the second season. Before you jump on the second chapter of the show, here’s all you need to know about Season 1.

‘The Umbrella Academy’ begins with five people coming back home to attend the funeral of their adoptive father, a mysterious billionaire and the founder of the Academy, Reginald Hargreeves. Due to the complicated storylines, the show shuffles important moments in their history to keep the mystery going and shedding light on the events just when it’s needed. In recapping the season for you, we have straightened the timeline.

Hargreeves and the Children 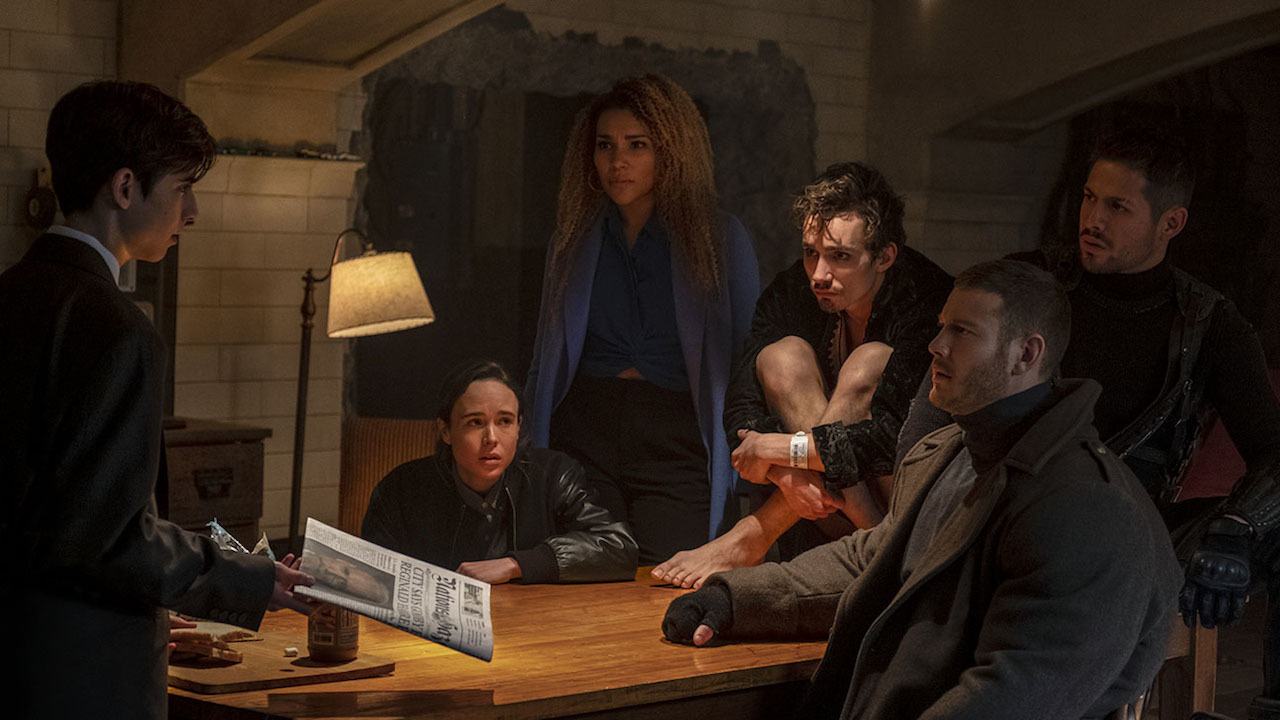 Reginald Hargreeves is not from Earth. Where exactly he is from and what time he belongs to is not clarified in the first season. But in the last episode, we get a glimpse into the strange world that he is from. After the death of his beloved wife, Hargreeves leaves his world and comes to Earth. He quickly finds a place for himself and lays the foundation of what eventually becomes the headquarters for The Umbrella Academy. But that was “a long time ago.”

Fast forward to 1989 and a strange event in different parts of the world takes place. Forty-three women give birth on the same day at the same time, but the strange thing about it is that none of them had been pregnant when the day started! Hargreeves, a billionaire by now, roams the world to track down all the children and adopt them. Out of the 43, he succeeds in getting only seven of them.

He brings up the children under his care, though caring would not be the right word to use for him. He focuses entirely on testing and expanding the abilities of these children, all of whom are recognized by their serial number. He is assisted in this task by Pogo, an intelligent chimpanzee, and Grace aka Mom, a robot who serves as the maternal figure for the children. She also gets the responsibility of naming the children and according to their serial number, except Number Five, they are Luther, Diego, Allison, Klaus, Ben, and Vanya.

Every child in the Academy has exceptional powers. Luther has super strength; Diego can manipulate the trajectory of knives; Allison can manipulate people with the phrase “I heard a rumour that…”; Klaus can communicate with dead people and can temporarily make them corporeal too; Number Five can jump through space and time; and Ben can produce a tentacled monster from his chest. Over the years, all the kids receive their due training and are sent on rescue missions that turn them into a household name. The same, however, does not happen with Vanya.

She is kept separate from everyone because she is told that she does not have any powers. However, later, she discovers that she was being medicated to suppress her powers. It turns out that she can manipulate sound waves and use them as a source of destruction. As a child, she was found unable to control her power which seemed to be too great for anyone’s good. So, instead of working on it, Hargreeves found it best to suppress it altogether.

This creates alienation between her and the other children. It is as an adult that she realizes what she can do and, with no one around to help her through it, things quickly get out of control, so much so that she becomes the cause of the apocalypse. 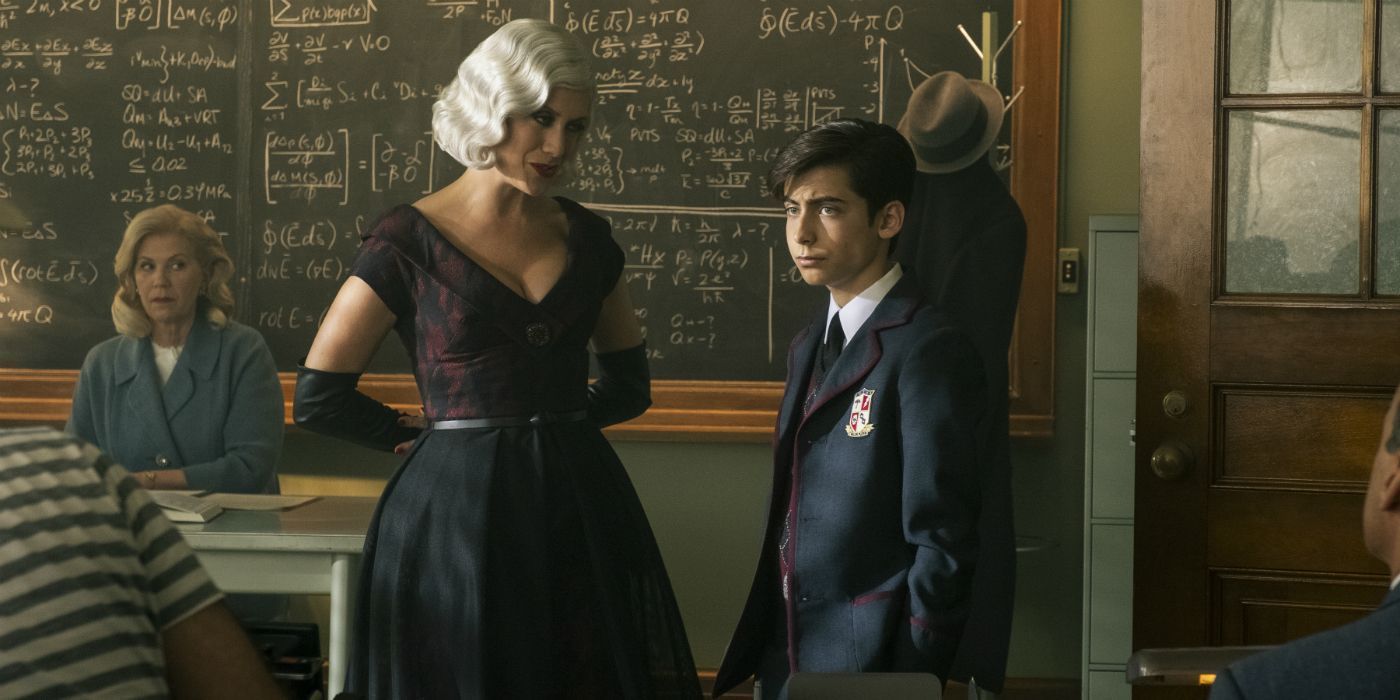 After perfecting his jumps through space, Five, as a child, pushes Hargreeves to let him jump through time. When the old man refuses, he sets out to do it by himself. But he jumps into the post-apocalyptic future and gets stuck there. After spending many years in solitude, with only his mannequin friend Dolores to keep him company, he is sought out by a mysterious organization called the Commission. These people have the responsibility to uphold the continuum of space and time. All things are supposed to happen as they were, and if something threatens this balance, they send their field agents to eliminate the threat. They can travel through time using certain briefcases.

They employ Five to be their agent and help them keep everything on the right track. In return, they promise to send him back to his rightful time at the end of his service. However, Five has his own plans and he finally figures out the equation to go back to his time and change things to prevent the apocalypse. He jumps back to one week before the event, but because he got something wrong along the way, he comes back in the body of his teenage self. In between all the mess, Five reconciles with the Commission for a while but tricks them again to find out who exactly is responsible for the apocalypse.

Because Five threatens the course of events, field agents Cha-Cha and Hazel are sent to eliminate him. Along the way, they kill several other people, including Diego’s ex-girlfriend who is a cop, but fail to complete the job. Hazel also develops a relationship with a doughnut lady, and when he comes to know about the apocalypse, he decides to let go of the job and run away with her. It also creates an animosity between him and Cha-cha, aided by some mischief of Five, and they come close to killing each other. 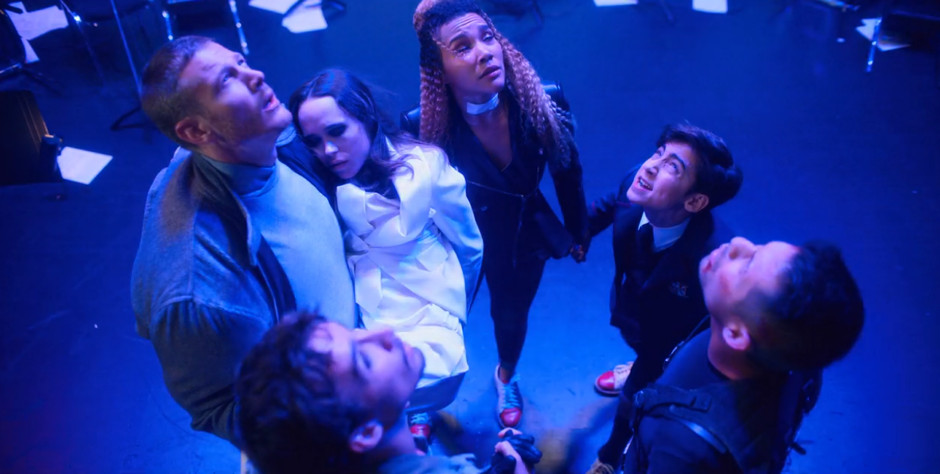 Five discovers that a man named Harold Jenkins is the key to the apocalypse. Because the Commission wants to save him, it is only logical that the Umbrella Academy should kill him. Rewind into their young years and we find out that Harold was born on the same day as the Academy children, but not at the same time. His mother died when he was born and he was brought up by an abusive father. Harold wanted to be with the Academy and pleads Hargreeves to let him in, but is publicly ridiculed. The same night, when he goes back home, he kills his father and spends the next twelve years in jail.

Once out of prison, he picks up where he left off. Hargreeves is dead and he comes across his diary where he has noted down all the powers of the children. He discovers that Vanya’s powers have been suppressed. He insinuates himself in her life as a violin student and they quickly get close to each other. He throws away her medication due to which, her powers start to resurface. To facilitate this, he also kills some people along the way.

Eventually, the truth comes to light and he is killed by Vanya. After she unintentionally attacks Allison, the rest of the group becomes wary of her. They try to contain her, but she blasts her way out of the captivity, killing Pogo and Grace in the process. Despite all their efforts to save the world, the Academy fails to stop the apocalypse. At this moment, Five proposes they all travel back in time and find some other way to save the day.