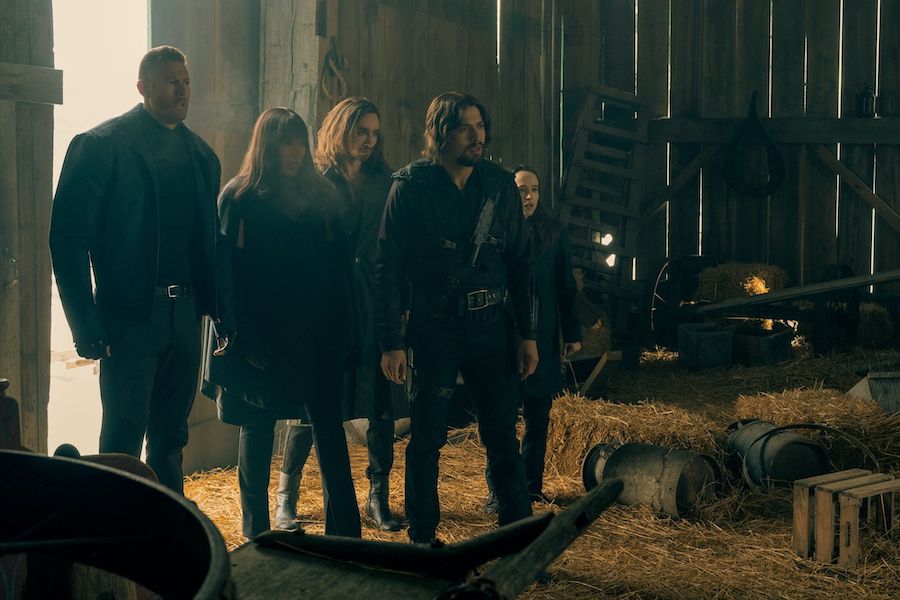 After delivering an addictive first season, ‘The Umbrella Academy’ had created a benchmark for itself, which it surpasses beyond compare in its second run. The second season is much more refined and focused than the first one, and also enjoys the already built repertoire of its characters, who become all the more compelling this time around. The show also makes excellent use of its time travel trope, using details from the past to create a coherent narrative that expands the horizons of the story. Much like the previous season, it delivers another explosive finale that leaves the Umbrella Academy at an uncertain point.

With the apocalypse successfully aborted, the Umbrella Academy focuses on the next task at hand. It turns out that all of them have managed to come into the media limelight and have become Enemy Number One of the state. While they are being hunted by the government, Harlan is still in the midst of his power outbreak, which eventually catches Vanya’s attention.  With nothing else left to do, all her siblings accompany her to the farm where they discover an out of control Harlan. While Vanya tries to calm him down, the Handler and Lila show up there as well. Five and Diego have some words with them about who betrayed whom, where Lila does nothing to hide her contempt towards Five, whom she holds responsible for the death of her parents.

Things become all the more difficult when all the field agents of the Commission show up to fight against them. Vanya uses her powers to kill everyone, but Lila has some tricks up her sleeves that change everything that the Umbrella Academy thought they knew about each other.

As engaging as ‘The Umbrella Academy’ had been in its first season, it is all the better in its second run. Every episode is balanced tautly, infusing more tension and danger, raising the stakes higher for the characters, without compromising with their traits and nuances at any level. If anything, the familiarity with them only makes them beam even more. Klaus manages to charm us all over again, justifying his popularity and the existence of his cult. Five’s sarcasm and biting humour gets better too, and his likability factor too increases by a few notches.

A similar argument holds for the other members of the Umbrella Academy as well. Diego’s arc is expanded this season, starting from a love angle, a betrayal, and then a score of other complicated feelings. The presence of Reginald Hargreeves, and the impact of it on his children also works towards a strong character development that allows more space for growth. What’s more exciting is how the show goes back to the roots of the story and digs deeper into the very thing that started it all. Of all the children who were born on October 1, 1989, only seven had been in the focus for now. But with another addition to the group, and a twist at the very end, ‘The Umbrella Academy’ proves to the audience that we have only scratched the surface of what’s actually going on this story and that we are still nowhere close to delving into its origins.

The season also splits the narrative into timelines, so as the characters leave one, we’ll still want to be in touch with the things that they left behind in the 60s. One of the great things about ‘The Umbrella Acadmey’ is also that it makes all of its characters interesting enough to be worthy of being followed up on. Be it the Commission employee Herb or the last remaining Swede or Sissy and Harlan, all the side characters get their deserved treatment and don’t fall into the shadows simply because the protagonists get much more screentime as compared to them. This also why the show demands our complete attention and every random character and every single word is to be held on to in order to not miss anything that later becomes important.

This season also acts to clean the slates for some characters and to tie up some things so that these arcs are not repeated the next time around. A new season will come with a completely different story set that will be tied to the basic storyline through the threads that the show kept in mind to tug at in this season as well. In any case, the fans will only be left wanting more with this series. The third season couldn’t come soon enough!