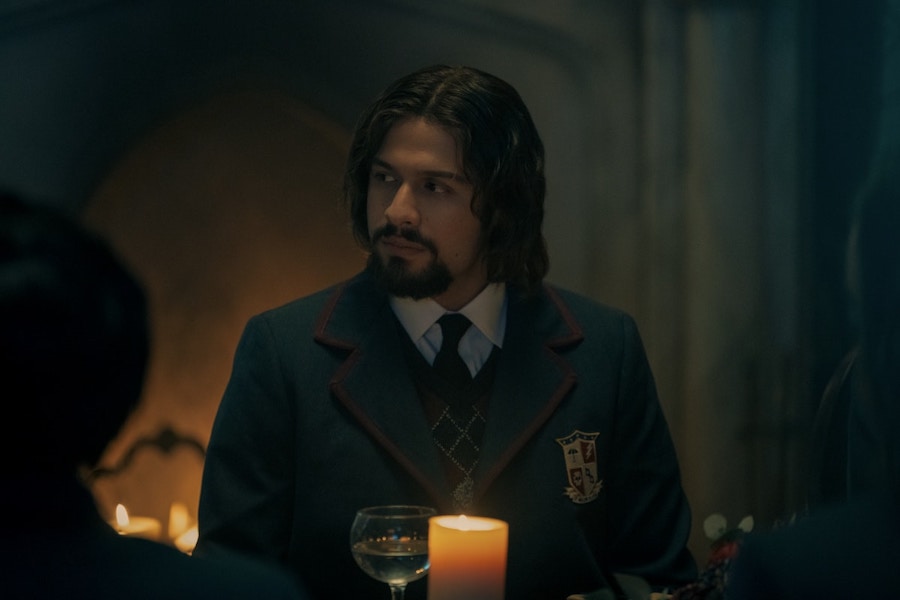 Apart from the apocalypse, the cornerstone of the 1963 timeline had been the Kennedy assassination. All the Hargreeves siblings were connected to it in one way or another. Diego was convinced that the apocalypse would be stopped if Kennedy was saved, and Five knew that even if that wasn’t true, their father’s involvement in it was certainly of note. In this episode, they find out just what will cause the apocalypse and how the President’s life or death scenario will change the outcome.

With only some time left for the assassination, the Fives struggle with the side effects of being face to face with each other. Both try to persuade Luther to do their bidding, a plan that involves certain death for one of them. Meanwhile, Diego, Allison and Klaus try to stop Vanya from using her powers to kill everyone around her, but there is only so much they can do when they are not equipped to handle the extent of her energy. An unlikely options emerges in this midst, and the Umbrella Academy faces a loss.

At the Commission headquarters, Lila searches for Diego and is instructed by the Handler to kill him, as had been the agreement between them. Lila receives further motivation when she discovers the truth about her parents’ death. With the surge of Vanya’s powers, Harlan struggles to control himself too. He accidentally kills his father and from there, things fall apart exponentially. The situation is brought to the Handler’s notice who sees this as an excellent opportunity to prepare for war. Her nemesis, on the other hand, struggles with his past self. The tug-of-war between them leads to a huge mistake, which closes another door of escape for Five and his siblings.

In the penultimate episode of its second season, ‘The Umbrella Academy’ confirms some theories while opening up other questions for further exploration. After discovering that Vanya is the cause for the apocalypse, Diego, Allison, and Klaus locate her to contain the disaster before it is out of everyone’s hands. They are unable to reach her, and just when it looks like there is no stopping the apocalypse, Ben takes charge of the situation. He possesses Vanya, and goes inside her mind to calm her down.

It turns out that Vanya remembers everything about herself and is horrified by all the things that she did the last time she had such a fit. Ben convinces her not to be so tough on herself and stop all the bad things from happening all over again. In this attempt, however, he starts to lose himself. He dissipates into nothingness as Vanya gains back control.  Does this mean that Ben is definitely dead this time? Even his ghost is gone? Sure looks like it. When he possessed Vanya, he knew that he wouldn’t be able to handler her energy. It was a suicide mission for him from the beginning. This effectively leaves the Hargreeves with one less sibling, even if it is the one who had been almost non-existent for most of them all this time.

Another person to die in this episode is the President. Despite all of Diego’s efforts to save him, the Majestic 12 succeed in their plan, but they, too, don’t survive by the end of the episode. It turns out that Reginald Hargreeves didn’t know about the assassination. It is also confirmed that he is the only alien in the Majestic 12 and they have kept him around for his technology, which is how they plan to land on the moon. The mention of Hargreeves’s interest in the dark side of the moon reminds us of the time Luther was sent there. He thought his father had sent him to that desolate place because he was of no use anymore. But it turns out that Hargreeves had been looking for something there and never quite found it.

The show also shows us what Hargreeves actually looks like and why it is so tricky to ascertain his age. We don’t know quite when he arrived on this planet, and how much time it took for him to become a billionaire. But in all this time, he has always looked almost the same, and that’s because what we see is not the real Hargreeves. It is a mask that he wears to pass amongst humans. The real form is pretty dangerous and murderous, as the Majestic 12 find out soon enough.