For the most part, ‘The Vanished’ is purposefully presented in such a way that almost everything about it feels unreal. As a viewer, you start asking questions from its very first scene only to be misguided by several red herrings scattered throughout its runtime. After building up enough tension all the way till its conclusion, the film finally reveals what’s going on and it is nothing like you had anticipated. Although the structure of ‘The Vanished’ isn’t unique, the movie successfully manages to keep you guessing and winds things up in a fairly satisfying manner. So if you’ve already watched it and you’re still struggling to wrap your head around its ending, read on further.

It all begins when Wendy and Paul set out on a family vacation with their ten-year-old daughter, Taylor. Everything seems fine until one day, at their lakeside RV camp, their daughter suddenly goes missing. A helpless sense of paranoia begins to haunt the couple as they embark on their desperate journey to find their daughter. Little do they realize that this hunt to find her will lead them to some terrifying realizations.

The Ending: Who Abducted Taylor? 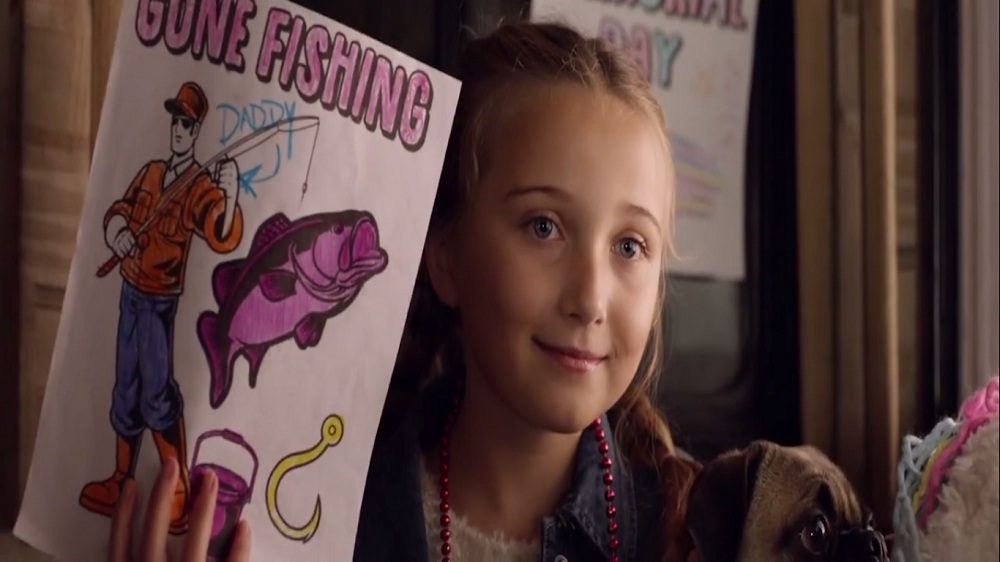 When Taylor first disappears, Wendy and Paul take it upon themselves to find her. Even after being warned by the cops to stay out of the investigation, the two sneak out one night and start looking for their daughter in the woods. That’s when they come across an injured sleeping camper who they suspect to be their daughter’s kidnapper. In an attempt to take away his gun, Wendy shoots him dead only to learn the next day that the man was innocent. After this, Wendy and Paul start suspecting their neighbors on the camping grounds.

When their neighbors leave their RV one night to join the search party for finding Taylor, Wendy and Paul sneak into their camping van and start looking for any clues that would lead them to their daughter. Wendy even finds fertility pills in one of their cabinets and starts believing that they abducted their daughter because they are struggling to have a child. Their paranoia gets the best of them, and they decide to take the neighbor couple for a boat ride. In the middle of the lake, Paul purposefully disconnects the wirings of the motorboat while his wife accuses the couple of taking away their daughter. An argument ensues and soon turns into a violent brawl. As a result, the boat capsizes, and Wendy and Paul end up killing the couple. 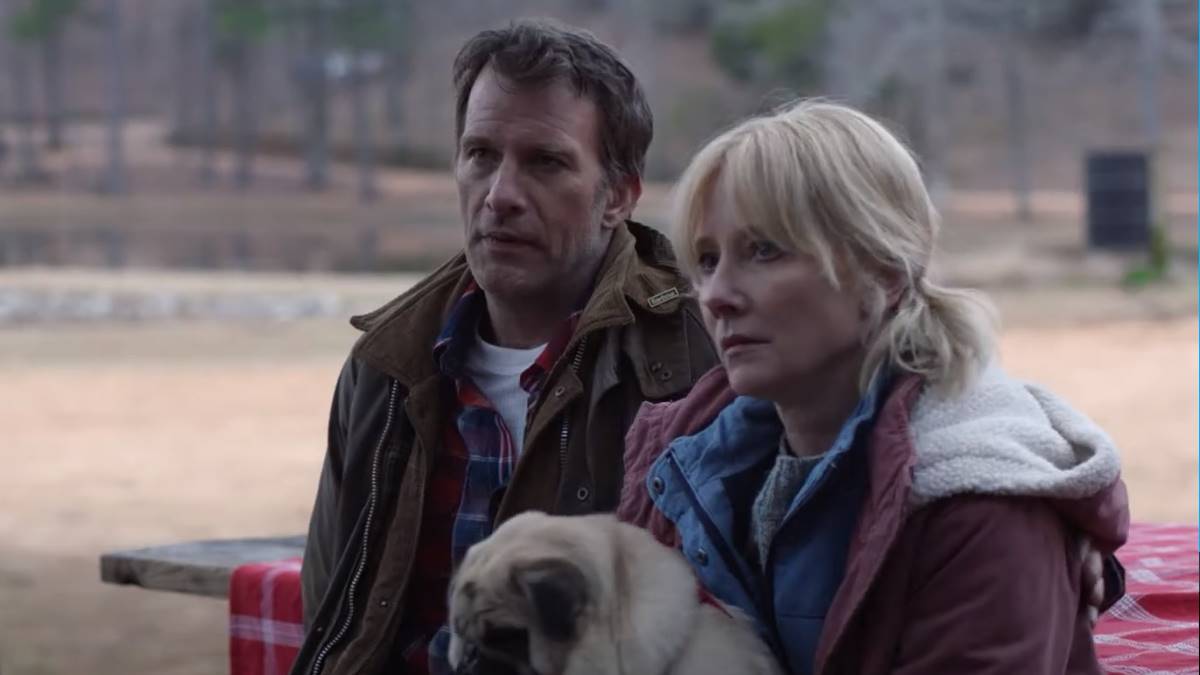 Towards the end of the film, Wendy suspects the owner of the campsite who often hides away in a secret room. When she sneaks into the room, she discovers that the camp owner has previously sexually abused many minors and also has tape recordings of them. The cops arrest the camp owner but are still unable to find Taylor. In the closing moments of the film, Sheriff Baker, who is leading the investigation, discovers an old picture of the couple in which they pose in front of the Twin Towers. The Twin Towers in the picture’s background suggest that it was clicked 17 years ago, but when the cop notices that Wendy is pregnant in the picture, he fails to comprehend how the couple’s daughter is only ten years old now.

He and his team rush back to the camp and discover that the couple has already left. He then gets in touch with Paul’s brother, who tells them that Paul and his wife have been having a hard time getting over their daughter’s death, who drowned in a lake seven years ago. He also reveals that the couple keeps getting manic episodes where they re-enact their old memories with Taylor only to relive all the moments they spent with her. The revelations made by Paul’s brother make it evident that Taylor did not exist at all. All the previous suspects, including the camp owner, were mere red herrings. Paul and Wendy’s paranoia was only a reflection of their inability to accept their daughter’s death. And so, they kept creating a false reality where their daughter could still be saved.

Wendy, Paul, and Their Loops of Grief 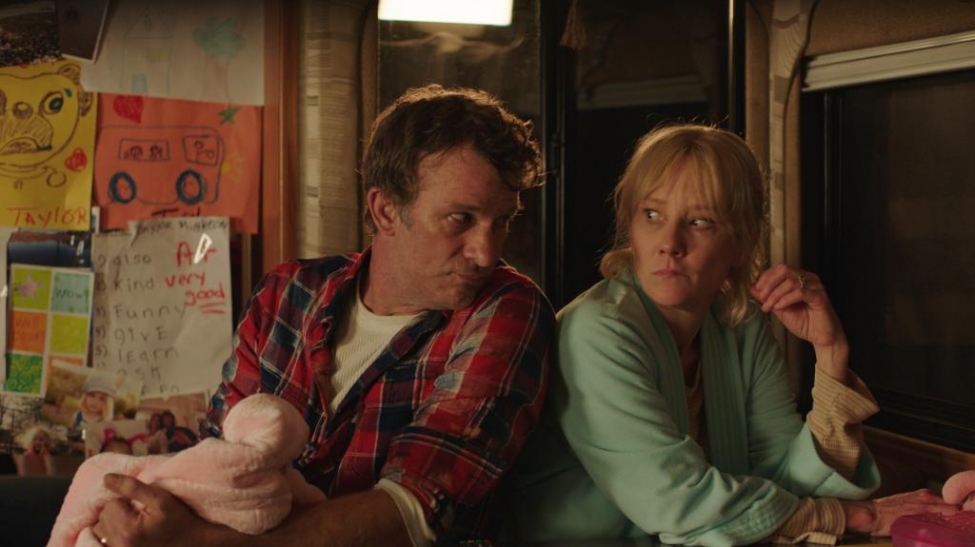 Midway through the movie’s runtime, there’s a scene where Wendy tries to kill herself by taking an overdose of sleeping pills. When she’s at the hospital, a counselor tells them that, as humans, we all go through five major stages of grief—Denial, Anger, Depression, Bargaining, and Acceptance. He explains that no one follows a particular order while going through these stages, and some people even get caught up going back and forth between these stages. So the early scenes of the movie where they start imagining that their daughter went missing is a reflection of their denial towards her death. When they start getting paranoid about everyone around them and even kill several innocent people, they are going through the stage of extreme anger. They start bargaining when they come up with all kinds of tell tales to convince the cops that a serial killer is hiding around the camp somewhere.

Towards the end of the film, while Wendy gets depressed, Paul starts giving up on the idea of saving their daughter. He even piles up all of her belongings in a box and then throws them away in the trash. This scene shows that Paul has finally accepted his daughter’s death and is not willing to get stuck in the loops of grief all over again. In the closing scene, while Wendy and Paul drive away from the camp, it seems like they have finally accepted their daughter’s death. And since they have now chucked all of her belongings, nothing will ever remind them of her. But just before the credits start rolling, Paul and Wendy play an old video of their daughter and start enacting it. As a result, they drift back into their tragic loops of grief all over again.