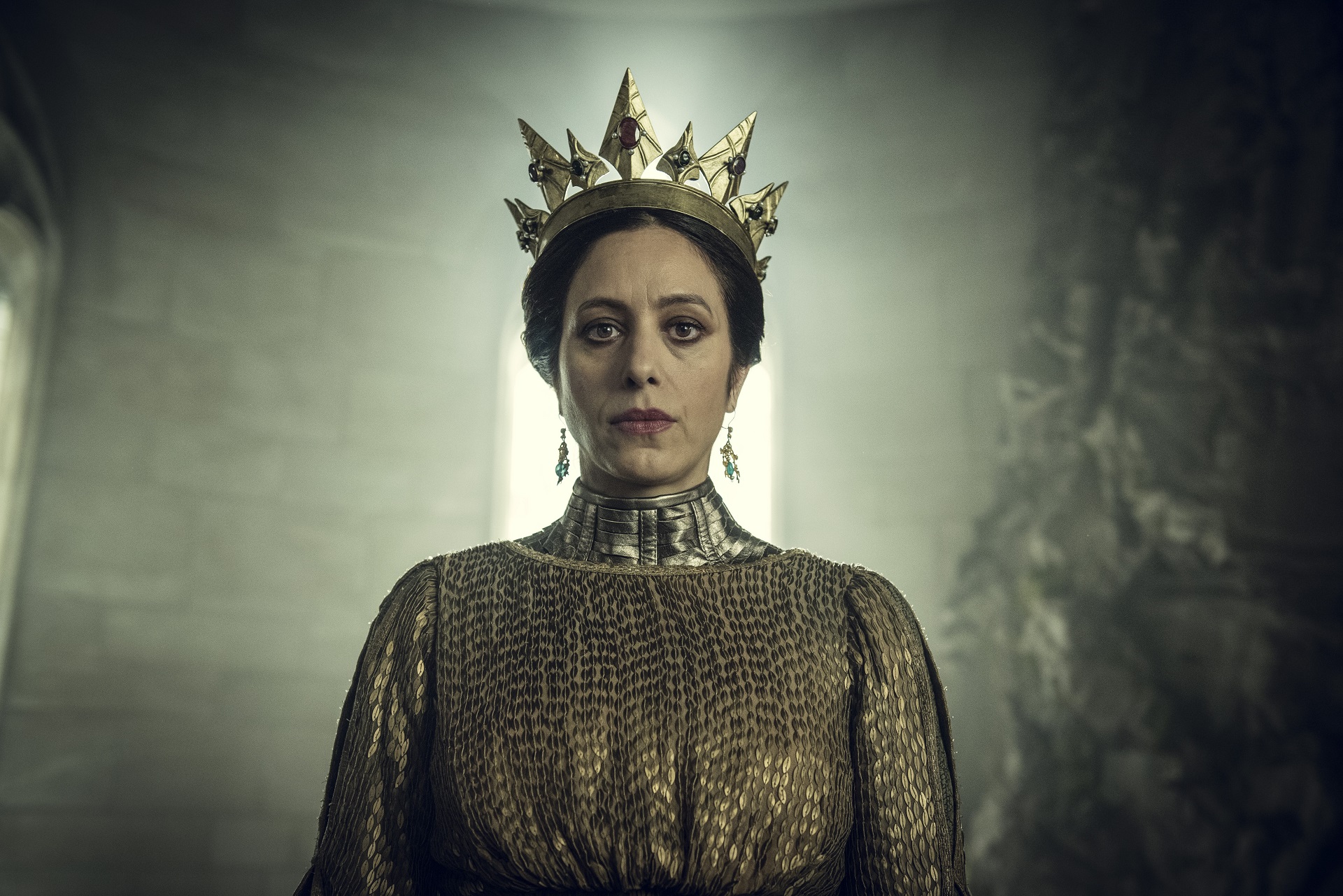 With the seventh episode of ‘The Witcher,’ the viewers’ understanding of the storyline is cleared up. While the series’ jumps in narrative time might have been exciting to watch, they were surely slightly puzzling (as the show’s writers intended them to be). With the seventh episode, we find out that the fall of Cintra to Nilfgaard serves to be the central point of the season where most of the characters’ journeys converge to, especially Geralt’s. It is only Ciri whose story is predominantly told after the fall.

The seventh episode of ‘The Witcher’ is titled ‘Before a Fall’ and aptly so as the episode is primarily concerned with placing all its pieces together to paint a final picture.

The episode starts with Ciri enquiring about the path to Skellige in a town. Then, a woman offers to take her there and provide her with shelter, food and transport on her horses. However, Ciri does not trust her. She steals one of her horses and runs away.

After some travelling, Ciri decides to rest in a field when its night. Soon, a group of boys arrive and Ciri realises that it is her friends: the ones she used to play knucklebones with. However, they betray her and reveal that they were never really her true friends. They tell her that they intend on taking her to Cahir and get a prize for it. But when they try to capture her, Ciri’s true powers get unleashed. She looks up into the sky and starts speaking in a devilish voice. One of the phrases she says is “Era of the sword and the axe is nigh,” exactly the same phrase that Cahir had said to Fringilla in the last episode. The episode ends with this scene.

On the other hand, Geralt observes the Nilfgaardian army advancing to Cintra from a hilltop. The parts where Geralt is shown takes place before Cintra falls to Nilfgaard. Geralt is in a cave-like place where Mousesack comes to meet him (the real Mousesack, as Cintra has still not lost and he has not yet been impersonated by the doppler). The Witcher asks Mousesack about his “child surprise,” that is, Ciri who was joined to him by destiny through the law of surprise.

However, their meeting is cut short when several assassins sent by Calanthe show up in the cave. They followed Mousesack without his knowledge. The Witcher holds Mousesack at dagger-point and threatens to kill him id the assassins attack. Mousesack uses his magic to teleport himself and Geralt to Cintra.

At Cintra, Geralt confronts Calanthe regarding the assassins. He asks her to view him as a friend rather than an enemy. However, Calanthe tells the Witcher that she doesn’t trust him with Ciri as he never came to Cintra to ask how she had been doing. But Geralt manages to persuade Calanthe that Ciri is not safe in Cintra and that she ought to be sent with him and he would vouch to protect her. Calanthe agrees and prepares Ciri, bidding her farewell. Ciri asks to meet her friends one last time.

Geralt follows her outside to find out that the girl is actually an impersonator and not the real Ciri. Calanthe had been planning to fool the Witcher all along so that she could keep Ciri with her. When Geralt confronts Calanthe once more, she reiterates her point about wanting to keep Ciri with her and refuses to let him take the girl.

Then, Geralt leaves the cast for a bit and talks to Eist. However, he gets tricked by Eist who leads to him a trap where he gets imprisoned. Then, the show takes us back to the time Cintra was attacked by Nilfgaard and it is revealed that Geralt was locked up in one of the prison cells at the time of the attack.

Amidst the chaos, Geralt manages to kill the guard, steal the cell’s keys and escape. Then, the scene right before Calanthe’s death is replayed with much more clarity. It is revealed that Calanthe had ordered Mousesack to free Geralt and assign him the duty to protect Ciri.

But Geralt had already escaped by then. Moreover, he had seen Calanthe jump to her death and tried to find Ciri himself. However, he had been unsuccessful at that.

Yennefer, on the other hand goes to an archaeological site and meets Istredd, the man she had loved dearly when she was in Aretuza. She offers to forget the past and settle down with him like they had originally planned to. Unfortunately, Istredd politely declines as he loves his work.

Then, a certain man named Vilgefortz of Roggeveen approaches Yennefer. He wants her to come to Aretuza as Nilfgaard has been conscripting mages like him and Yennefer. When Yennefer asks him if those were Tissaia’s orders, he tells her that she was Tissaia’s best student and the two head to Aretuza.

However, when she reaches Aretuza, she finds out that Vilgefortz had tricked her and that Tissaia had not ordered him to bring her. Irritated, she leaves the hall and roams the rest of the academy remembering her time as a student there. She meets a few current students there and persuades them to drink a mixture of two herbs. The potion is a psychedelic and makes the girls inebriated. Then Yennefer takes them to the pond where her friends had been converted to eels. She tells the girls about the sacrifice she had made (her fertility) to become who she is and that it is not worth. However, Tissaia appears for the first time and asks the girls to leave.

Tissaia and Yennefer walk towards the hall where an emergency meeting of all the mages is taking place. The topic of discussion is the Nilfgaardian army’s advancement towards Cintra and their ambitions of conquering the entire continent. Tissaia thinks that the mages should help Cintra. Stregobor thinks that they should not as Cintra has prided itself on not taking help from the conclave of mages. Fringilla makes a surprise appearance at the meeting to defend Nilfgaard. A vote is called and a majority of the mages choose to not help Cintra against Nilfgaard. However, Tissaia plans on secretly going to defend Cintra along with a few other mages and requests Yennefer to join, but she denies.

The seventh episode of ‘The Witcher’ turns out to be extremely underwhelming. It is the only episode so far where viewers can manage to squeeze in several yawns as there is absolutely no action. At least no new action sequences are shown, just repetitions of previously shown ones.

The penultimate episode of the season was meant to serve as a form of convergence: wherein all the characters’ arcs come together to reveal several key elements of the puzzling narrative that had been intentionally kept under wraps. However, the episode ended up feeling like nothing much was happening in it, apart from reconciliations. I had expected to witness some mind-boggling revelations, twists and turns but none of those happened. In fact, I had even hoped for Calanthe to have been saved from death and shown to be alive. That was the only thing that could have saved this episode perhaps. But alas, that did not happen and one of the most kick-ass queens we’ve ever seen on the screen remains to be dead. Moreover, Geralt did not have much to do in this episode and it seemed like he was not taking enough of an initiative to do something at all.

That being said, it was not really let-down for the larger picture. One thing that the episode does do well is that it sets up the concluding episode of the season extremely well. Now that all the pawns are where they should be, we can expect a riveting season finale!