Vampires, vengeful ghosts, and werewolves are horror staples now and several movies draw inspirations from all the myths and legends that exist around these creatures. But every once in a while, movies like ‘The Wretched’ pick on a whole mythical creature from the depths of European folklore and present a contemporary tale revolving all around it. ‘The Wretched’ follows a very convoluted yet intriguing storyline that keeps you entertained with its timely twists. However, it also leaves you with several unanswered questions. So if you’re having a tough time wrapping your head around its twisted conclusion, here’s the ending of the movie, explained.

‘The Wretched’ centers around a rebellious teenage boy, Ben, who has trouble dealing with the imminent divorce of his parents. When he visits his dad’s home during summer, he spends most of his time either spying on his neighbors or simply defying his father. In the meantime, a parallel narrative reveals that the lady in his neighborhood, Abbie, ended up hitting a deer with her truck. From this deer, a strange humanoid creature appears and sneaks into Abbie’s home. The creature—what seems like a Boo Hag—then eats her baby and even possesses her. And while all this is going on, Abbie’s husband seems to have no clue that his own baby has disappeared. He even seems to be strangely neglectful towards his wife’s weird behavior.

However, all this while, Ben keeps a close eye on the family and realizes that something is not right about Abbie. When Abbie’s elder son asks him for help, his suspicion is further cemented. The boy later goes missing and that’s when Ben decides to investigate by breaking into Abbie’s cellar. That’s where he discovers an uncanny set up for a ritual where he even finds a picture of Abbie’s family. With this, he sets out to race against time to save his loved ones from the wrath of the witch.

The Boo Hag and its Abilities, Explained 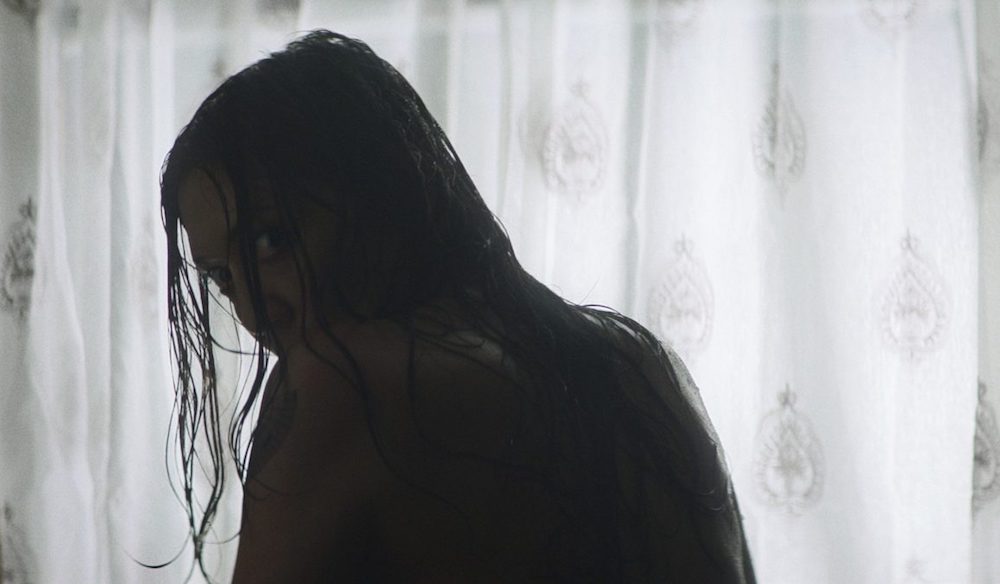 The opening scene of ‘The Wretched’ goes 35 years back in time and features a scene where a young girl heads down to the basement of a home, looking for the child she is expected to babysit. That’s when she finds the mother of the baby eating her own child, while the father locks her down there. Although this scene seems to have little to no significance in context with the overarching plot that follows, it sets some groundwork for the movie. This opening scene establishes that the Boo Hag only eats children and uses adults as mere hosts to do this.

Later in the movie, it also revealed that Boo Hag literally slides inside the skin of its hosts, almost like a skin-walker. The Boo-Hag was initially in the deer’s skin and then it took over Abbie’s body to eat her children. The film later also reveals that the Boo Hag follows a very specific process to eat these children just to avoid any kind of suspicion. Before abducting Abbie’s son, the creature first uses Abbie as a host and using supernatural abilities, it makes her husband forget that he has a child.

There’s a scene in which Ben does some online research on the symbol that he discovers on his neighbor’s doorway. His search reveals that the creature is born from root, rock, and tree, and is even birthed from the discarded skin of the devil. The same search result also discloses that the Boo Hag feasts on the forgotten, where the term “forgotten” refers to the children of its hosts. This also explains why Abbie’s eyes are crossed in the picture that Ben discovered in the cellar. So, in a nutshell, the creature first targets the primary protector of the child, then possesses the protector, makes his/her family forget all about the child, and then finally takes the child to its underground forest nest for a feast.

How Did Ben Forget his Brother? 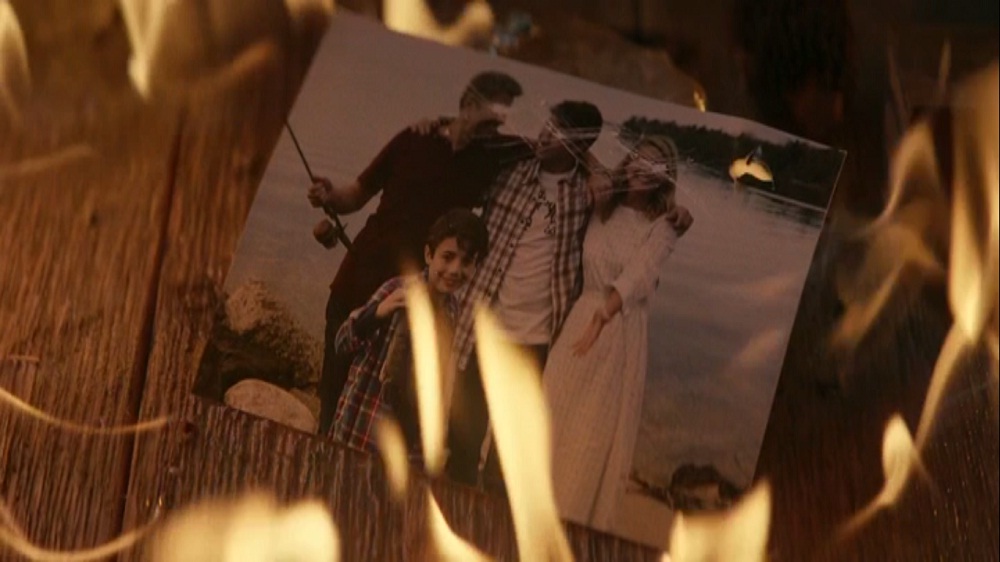 In the second half of the film, Ben lands himself in a whole lot of trouble and for obvious reasons, his father refuses to believe his tell-tales of his neighbor’s strange behavior. Ben later notices that his father’s girlfriend, who had previously claimed that she’s lactose intolerant, is having coffee with milk in it. And while she pours milk, the flowers on the window sill slowly start rotting. This confirms that she is now possessed by the Boo Hag. Ben attacks her and is later taken away by the cops. The Boo Hag also uses her mind manipulation ability on the cop and that’s why he tries to kill Ben. But somehow, the cop resists the possession and in turn, kills himself.

Ben’s father later visits his neighbor’s garage and realizes that Ben was right all along. This is when a showdown ensues between Ben’s father and his girlfriend and he ends up burning the whole place down. An abutting shot also reveals a photograph—which previously only had Ben, his father, and his mother in it—now has a young boy who is Ben’s brother, Nathan. Right after this, Ben gets a flashback which reveals his brother being around almost all the time. This reveals that all this while the witch had used her mind control ability on Ben and his father as well to make them forget about Nathan. 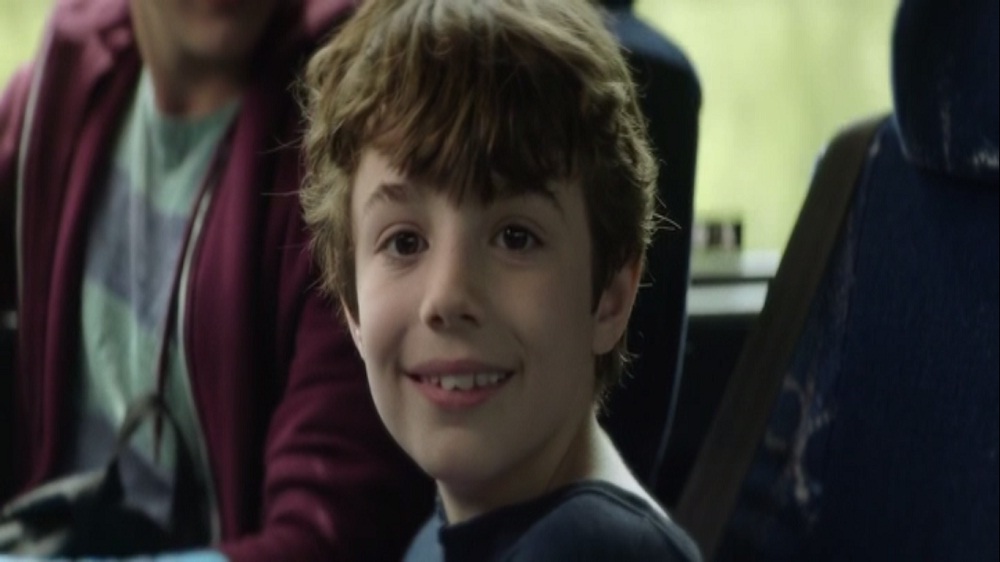 Some viewers might question how Ben ended up forgetting about his brother on the bus before he even got to his father’s place. Although this could be a major plot hole, the only explanation for this is that it’s the movie’s way of showing how every memory associated with Nathan was completely removed from Ben’s mind after he got manipulated by the Boo Hag. The Boo Hag did not manipulate Ben on the bus but since the bus scene marked the beginning of Ben’s timeline, it simply shows how Ben was not able to recall anything about Nathan after the Boog Hag used her ability on him. And Ben was later able to recollect everything because his father burnt down the garage where the witch was carrying out her ritual.

The Ending: Is the Boo Hag Still Out There? 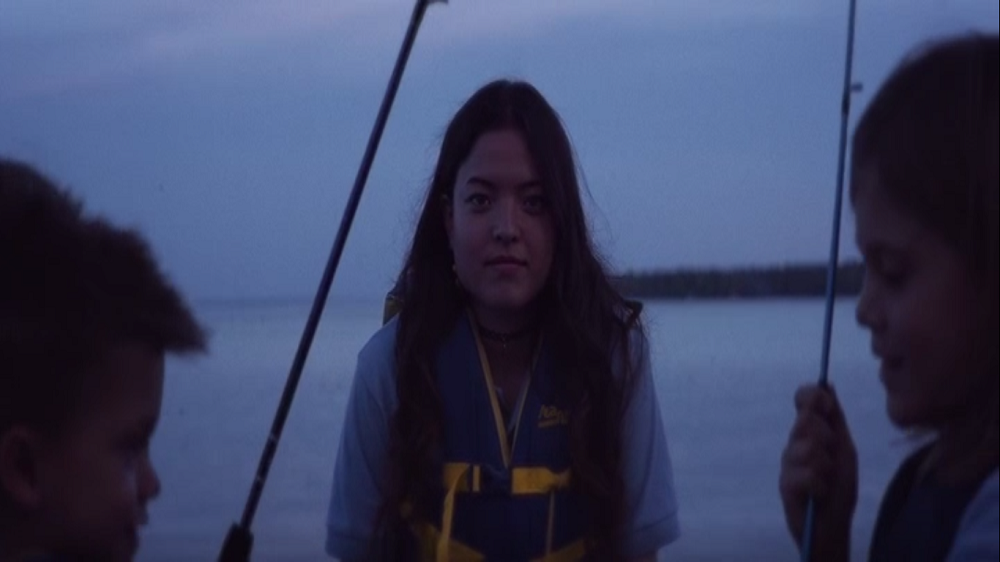 In the final moments of the film, Ben rescues his brother and Mallory’s sister after diving into the witch’s nest in the forest. With Mallory’s help, he then burns down the witch’s nest and puts salt around it to make sure that she never returns. In the closing scene, after Ben leaves, Mallory can be seen in a boat full of children, somewhere far away from the shore. She then gives an evil witch-like smirk and the credits start rolling.

The ending reveals that there are many such witches out there with Mallory being one of them. The witch previously depicted in the film might be dead, but Mallory is more like a young witch who will now take over the town. This is also foreshadowed in several scenes of the movie. There’s one particular scene where Ben and Mallory start sharing their secrets while drinking and Mallory tells him that she never goes “divulging into her darkest secrets.” There’s another scene where she takes one look at Ben’s neighbor Abbie and jokes about how many dead babies she might have in her cellar. One can also spot her feeling sorry when Ben burns down the witch’s nest.